You never forget the song of the cicada 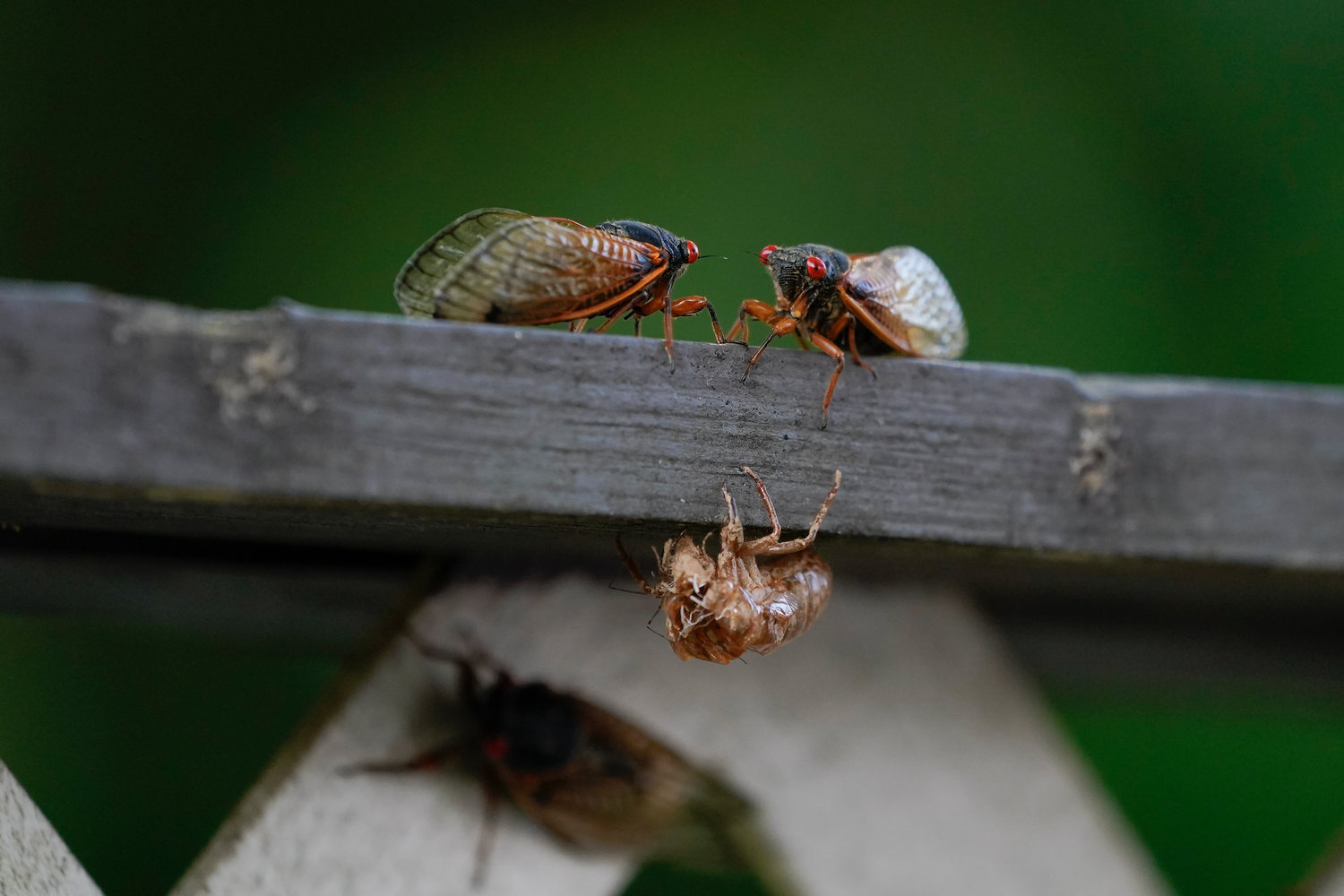 Many insect enthusiasts across the country are near to being serenaded by the song of the cicada, a large, ugly insect that chases children from playgrounds but is manna for birds and squirrels, bats and cats, and spiders and wasps. Where there’s water they fatten fish and amphibians in their haste to mate and die en masse.

Some cicadas emerge annually, but periodical cicadas compete with worms for years before they leave the soil — 17 years in the case of Brood X, the largest of the 12 broods of 17-year cicadas that emerge in different years.

USA TODAY says they can be found from northern Georgia to New York and west to the Mississippi River to the Midwest. Some scientists says Long Island is a good place to look for them, but there are fears that major developments in that region of the Empire State may keep the count down.

We used to think that cicadas were spending those many years underground in hibernation, but we now know that they are active, tunneling and feeding. Once they emerge they climb nearby vegetation, where they molt into their adult form, and within a week their bodies darken and harden, allowing them to fly and make that distinctive cicada sound with their thorax.

With just weeks left to live, the males call to females in what can be an irritating noise of epic proportions. After mating, the females lay eggs in twigs, which hatch many weeks later. The hatchlings drop to the ground and burrow their way into the soil to start the next 13- or 17-year cycle.

Cicadas are also beneficial. In addition to providing fodder for all manner of other living things, they prune mature trees and aerate the soil, and their bodies also serve as a source of nitrogen for growing trees.

Some folks don’t like their presence. Cicadas seem to chase us, and it’s not pleasant when they collide with arms and foreheads.

0 Experts say cicadas make their noise by vibrating plates on the sides of their abdomens, and they do so 24 hours a day throughout their three- to four-week lifetime. It can be very loud if there are lots of trees nearby, but over time some get used to it. Seniors who have experienced a number of emergences may even look forward to their song.

It’s something you don’t forget.