The National Weather Service has issued a winter weather advisory for both the northern and southern zones of Oneida County. The advisory will remain in effect until 2 a.m. on Friday. 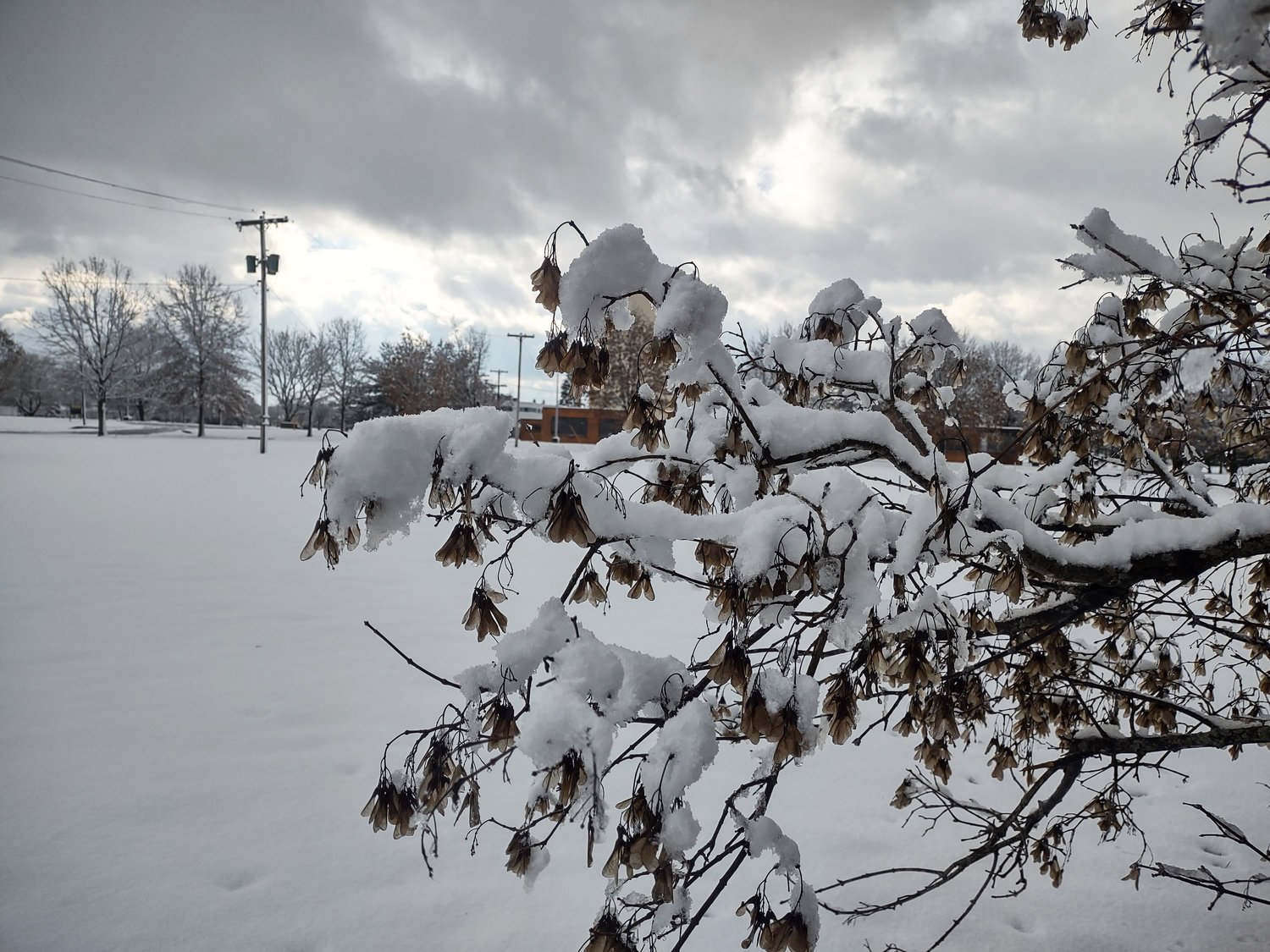 Snow covered branches Thursday morning in Rome as Oneida County residents woke up to the first measurable snow of the season. Late Thursday morning, the National Weather Service announced that more snow is on the way.
(Sentinel photo by Jolene Cleaver)
Posted Thursday, November 17, 2022 10:19 am

The National Weather Service has issued a winter weather advisory for both the northern and southern zones of Oneida County. The advisory will remain in effect until 2 a.m. on Friday.

Forecasters with the National Weather Service’s Binghamton bureau advise that a significant amount of lake effect snow is expected.

Heavy lake effect snow expected in the county’s northern zone, where a total snow accumulation of 7 to 14 inches is expected. The highest snow accumulations may reach up to 16 inches north of Camden.

“Travel could be very difficult to impossible,” the advisory warns in those areas.

The southern zone will also see several inches of snow, although it is expected to be less than that in the northern zone. Total snow accumulations of 3 to 6 inches across the southern region is likely. The highest snow accumulations will be north of the Thruway and could approach 7 to 8 inches in some spots.

Travel could be very difficult, the winter weather advisory warns, with hazardous conditions possible for both tonight’s evening commute as well as Friday’s morning commute. "Slow down and use caution while traveling,” the advisory states, adding those who need to get out on the Thruway or other major state highway can check the latest road conditions by calling 511.