Judy Cusworth, founder of Woodhaven Wildlife Center, a nonprofit wildlife sanctuary in Chadwicks, has been serving the area by caring for sick and/or injured wild animals for over 34 years. 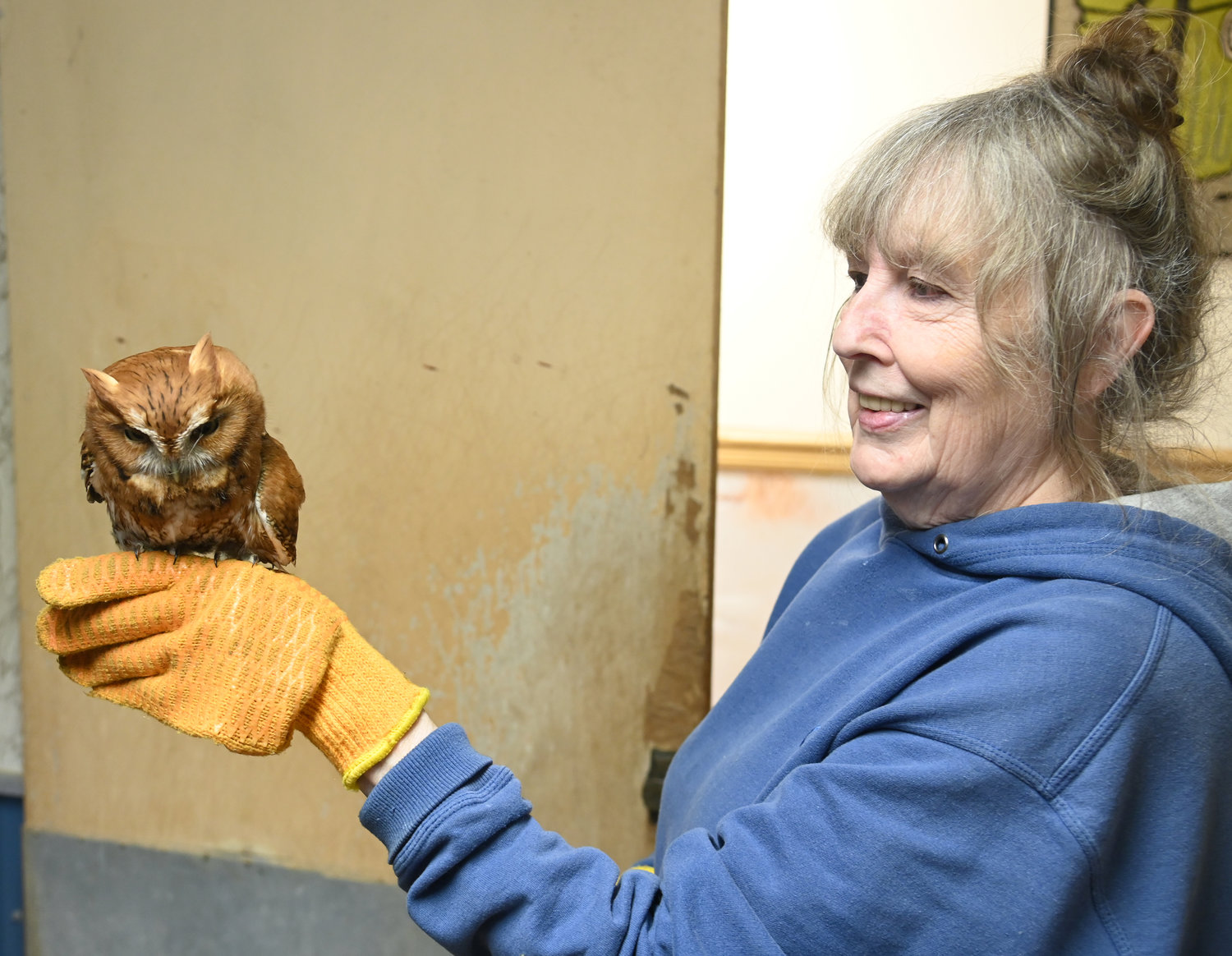 Eastern screech owl at the facility that recently came to Woodhaven with a head and wing injury. Cusworth said the owl will end up at Cornell for additional treatment.
(Sentinel photo by John Clifford) 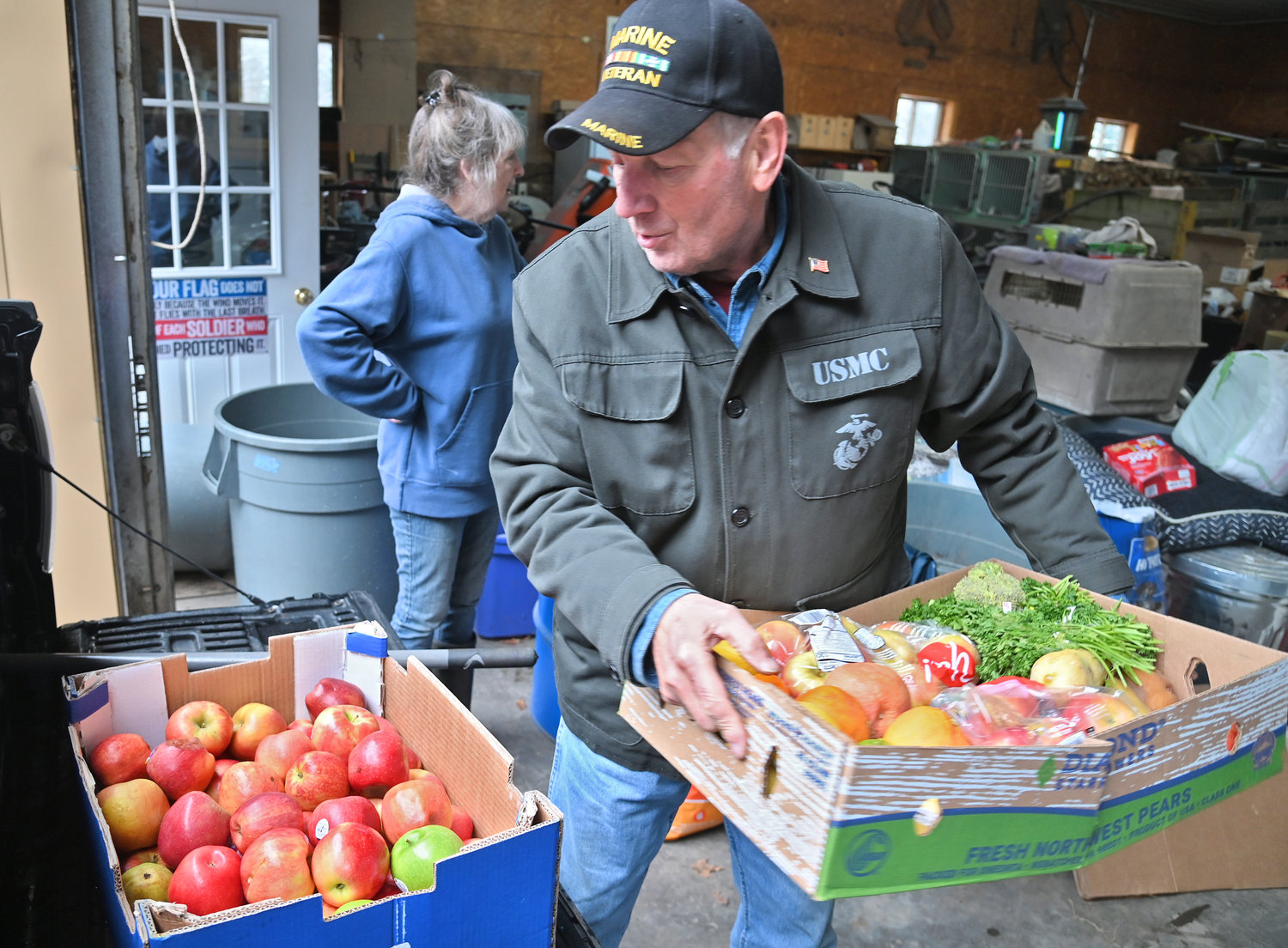 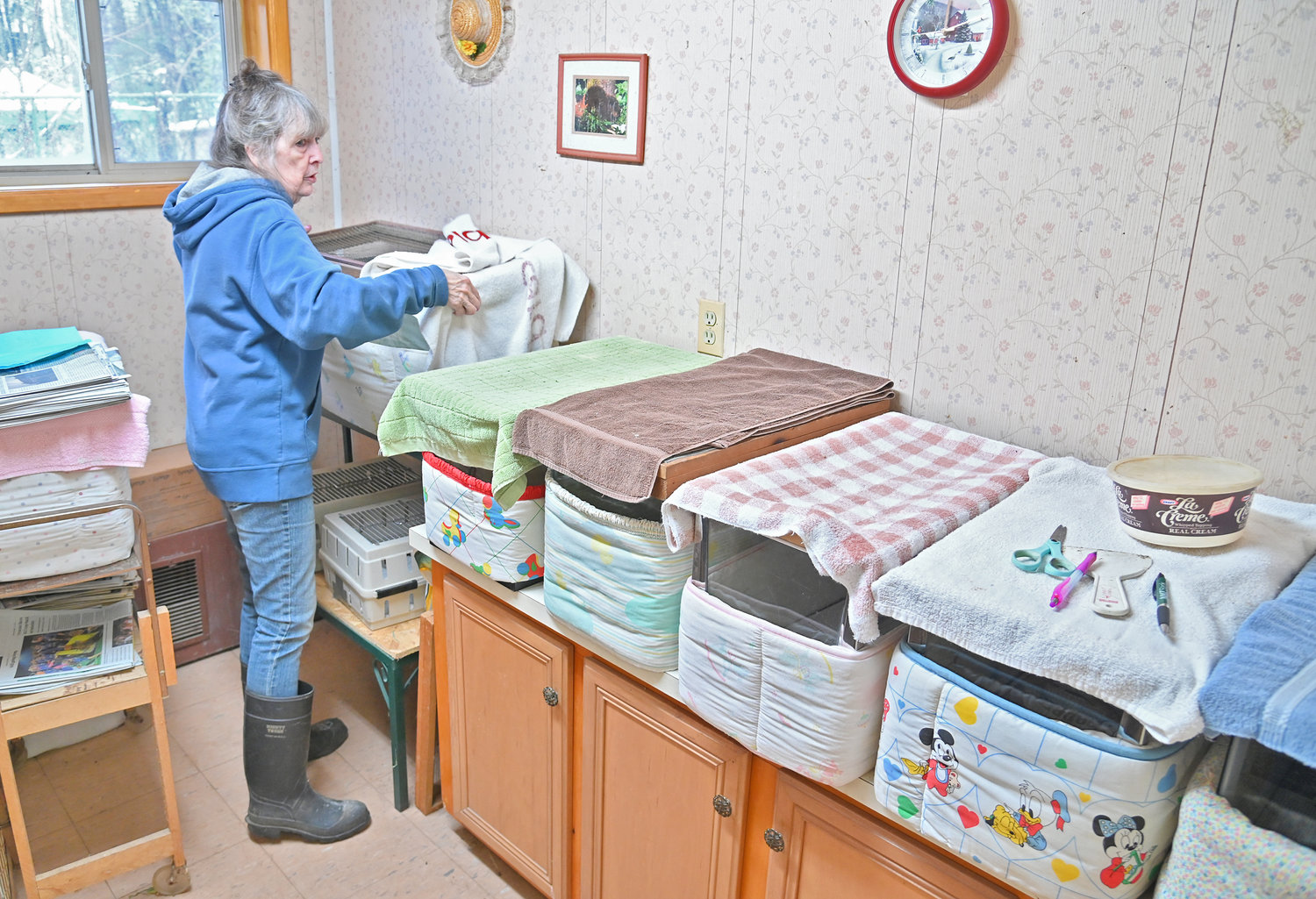 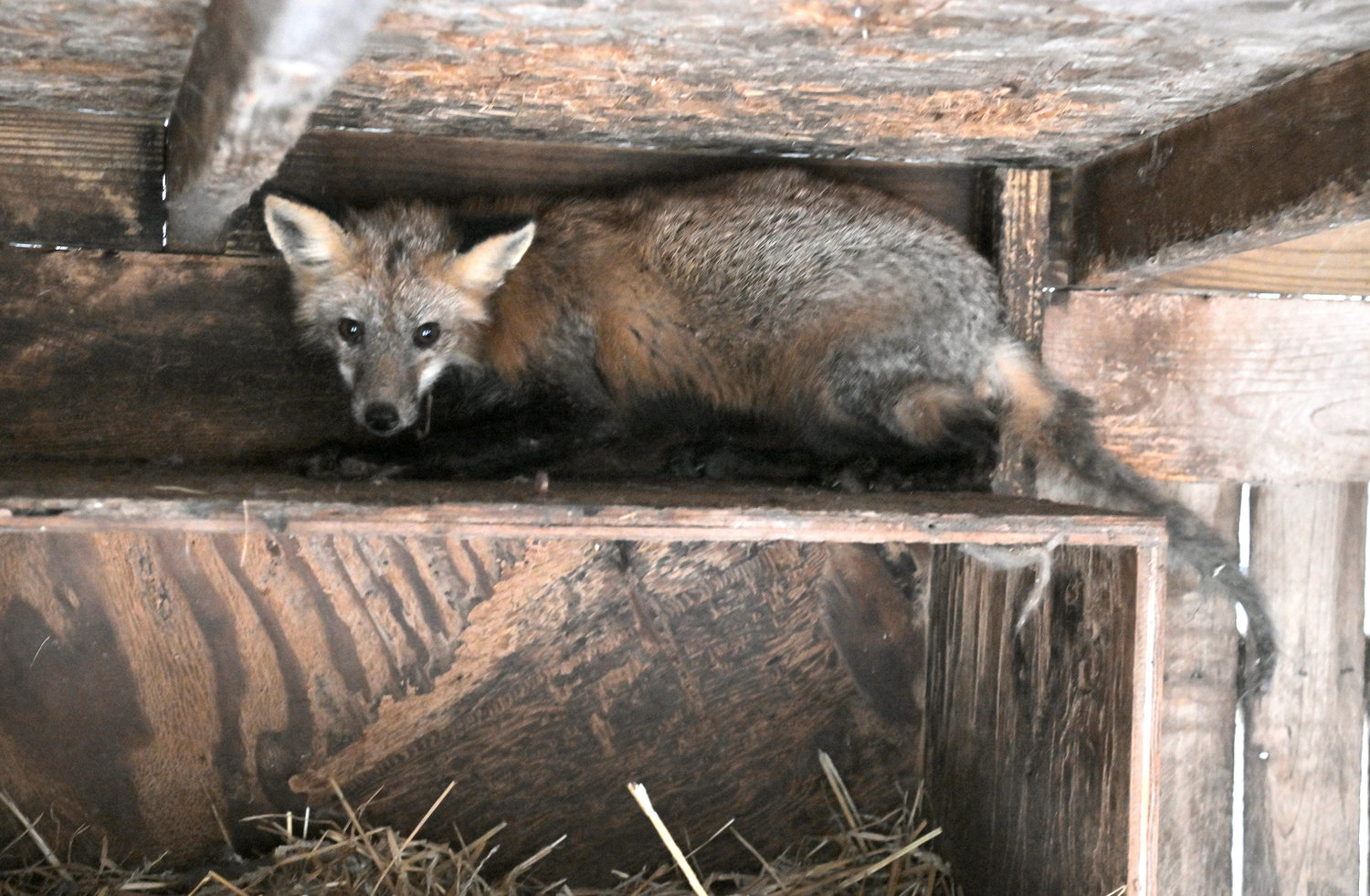 A fox scurries about in one of the outdoor enclosures at the Woodhaven Wildlife Center in Chadwicks. The creature is recovering from mange and will be released soon back to the wild.
(Sentinel photo by John Clifford) 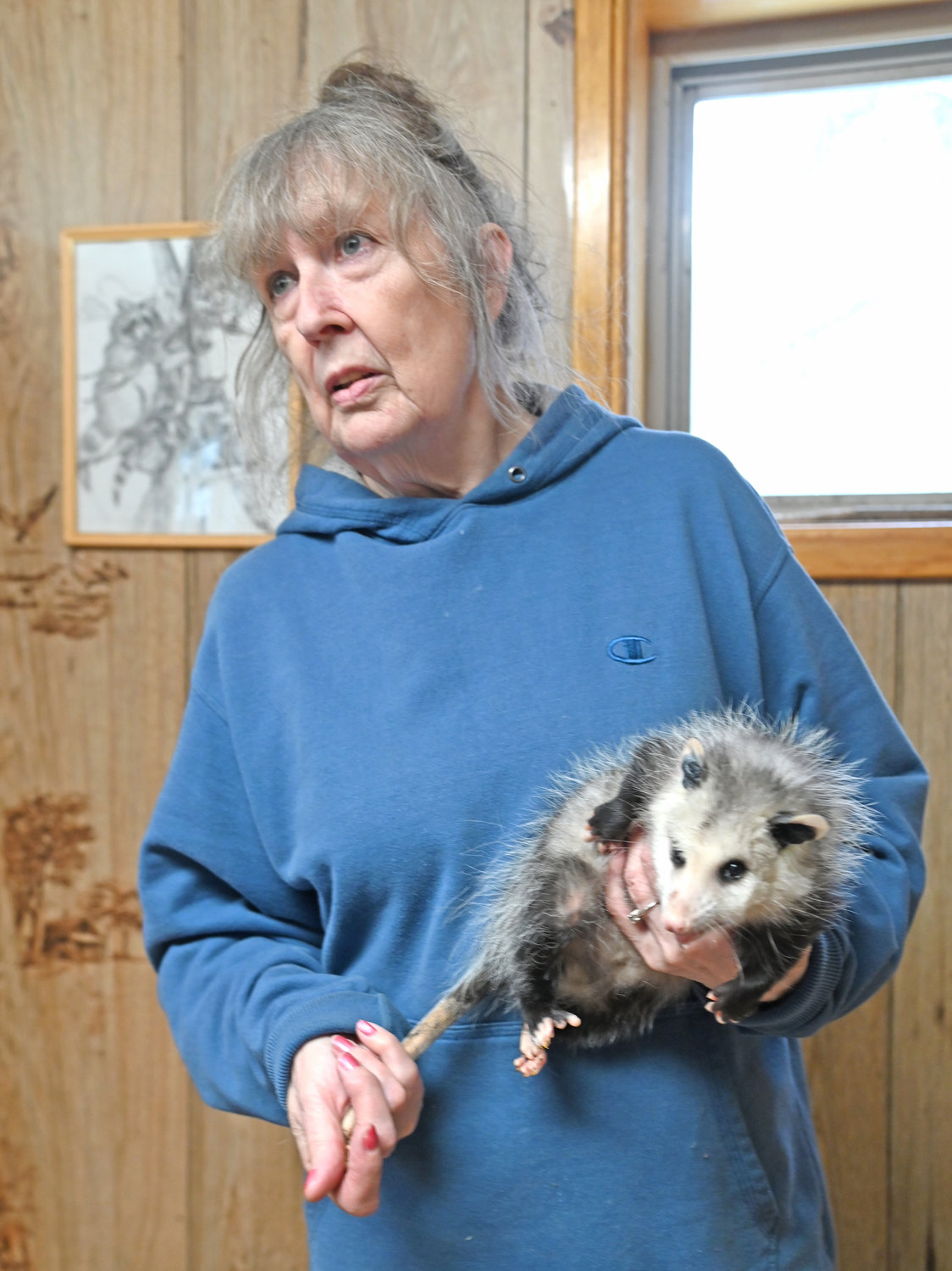 Judy Cusworth founder of Woodhaven Wildlife Center in Chadwicks with one of the opossums she is rehabbing at the facility.
(Sentinel photo by John Clifford) 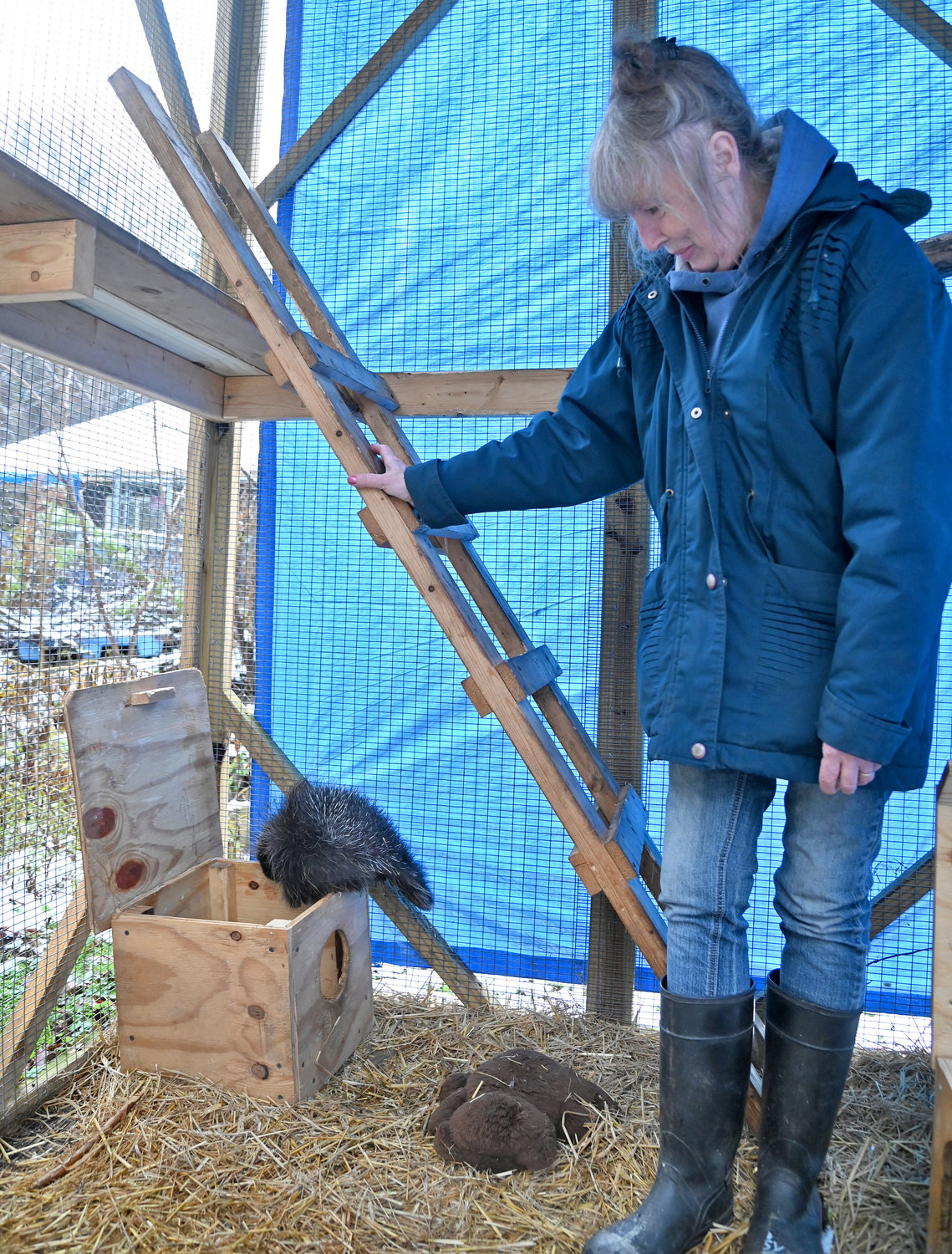 One of two baby porcupines explores its enclosure at the Woodhaven Wildlife Center.
(Sentinel photo by John Clifford) 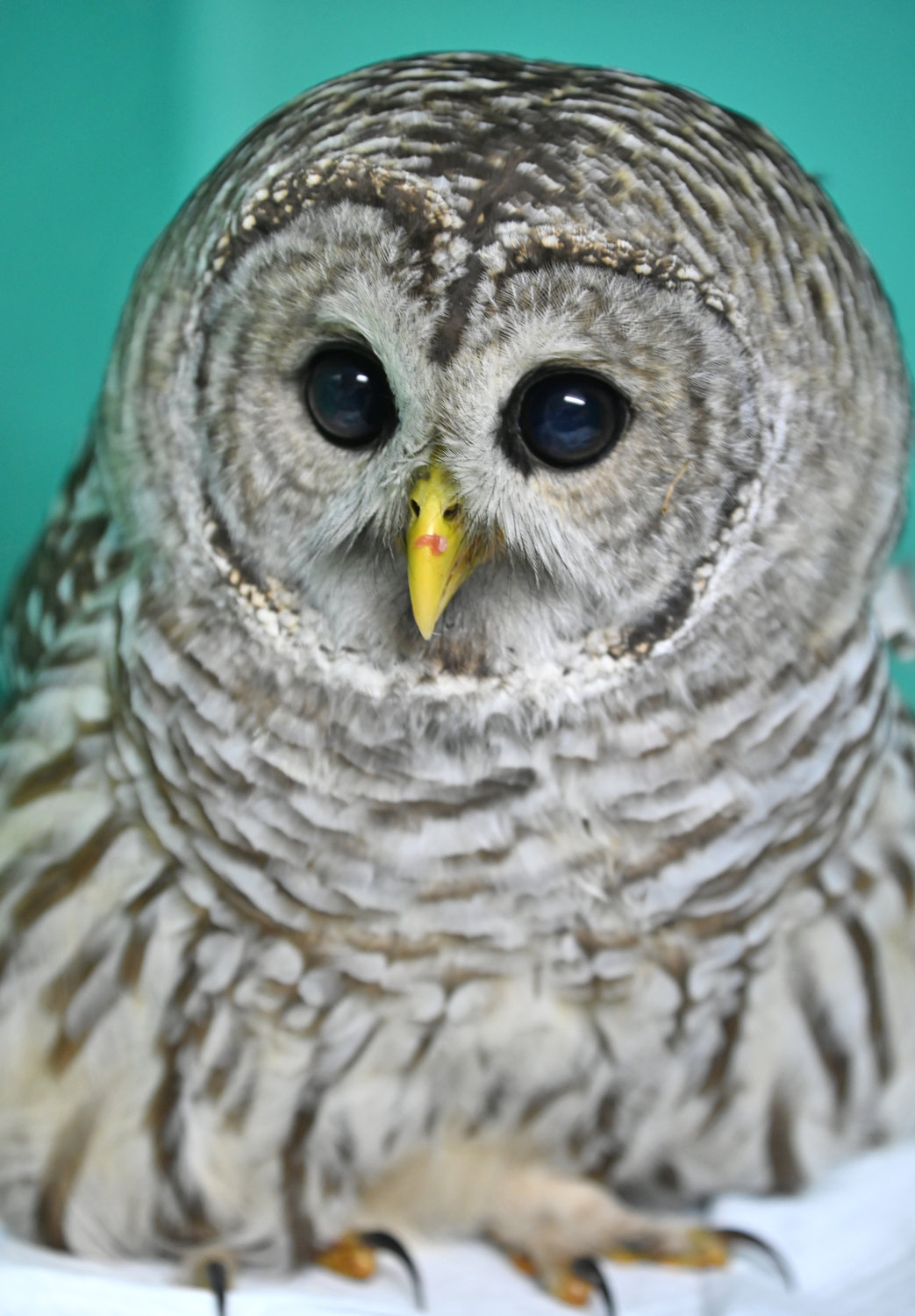 A barred owl hit by a car and brought to the center by a DEC officer. The owl has a broken wing and will be going to Cornell.
(Sentinel photo by John Clifford) 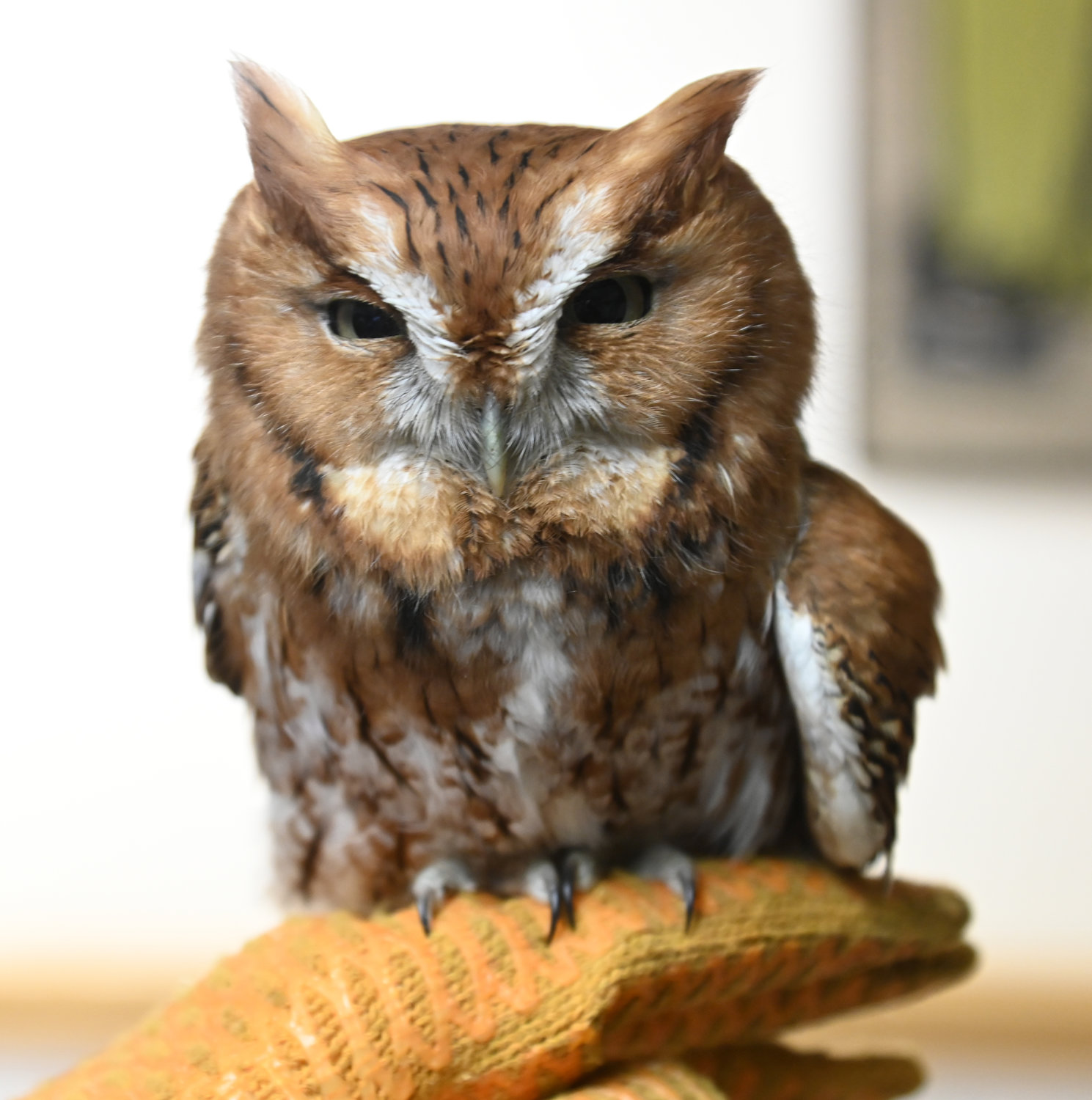 Easter screech owl at the facility that recently came to Woodhaven with a head and wing injury. Cusworth said the owl will end up at Cornell.
(Sentinel photo by John Clifford) 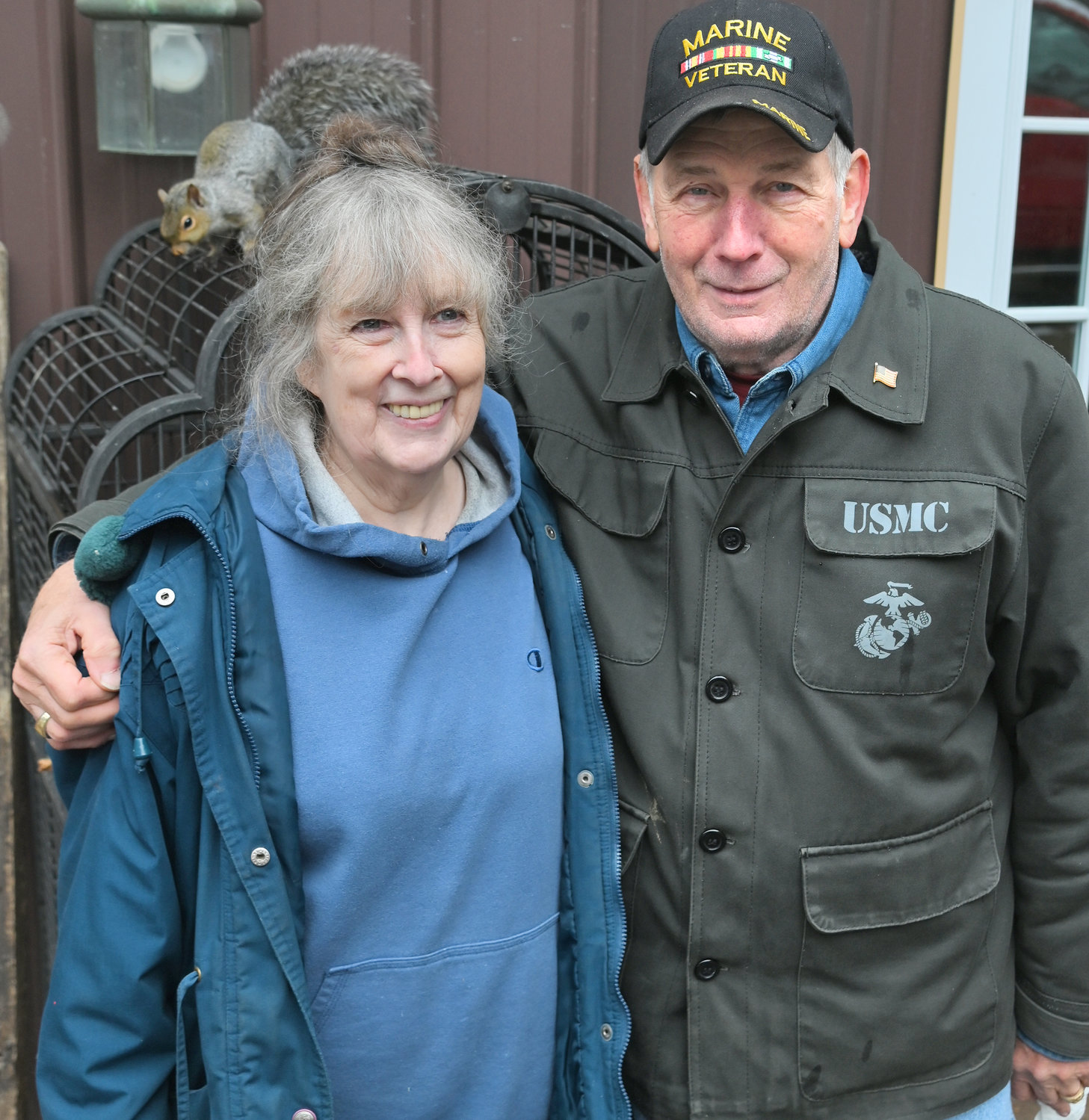 Judy Cusworth and Vinnie Egresits with the squirrel behind them that tags along with them when they are outside working at the Woodhaven Wildlife Center in Chadwicks.
(Sentinel photo by John Clifford)
Previous Next
Posted Saturday, November 26, 2022 8:28 am
More information

For those wishing to help Cusworth help heal and return animals back to their natural habitats, donations can be sent to Woodhaven Wildlife Center, 101 Woodhaven Lane, Chadwicks, NY 13319. Donations can also be made online via a link on the center’s Facebook page at https://www.facebook.com/woodhavenwildlife/.

Judy Cusworth, founder of Woodhaven Wildlife Center, a nonprofit wildlife sanctuary in Chadwicks, has been serving the area by caring for sick and/or injured wild animals for over 34 years. Cusworth, a feisty unfiltered dynamo, readily admits she is “not a normal person.” Long ago, she was a docent for Utica Zoo and learned early on that her temperament was best suited to animals and that “rehabbing animals was much better for me (her).”

“I learned to rehab animals at the school of hard knocks,” said Cusworth, “you learn as you go. I tell my volunteers ‘do as I say not as I do….I don’t wear gloves and today I got bit” and to make her point she showed her bloody hand that one of the opossums she is housing for the winter chomped into.

The grounds of Woodhaven are covered with outdoor habitats for animals to heal in safely until they can be released back to the wild. Her facility, run entirely on her own dime along with whatever donations come in, cares for about 600 animals per year.

Woodhaven features several indoor rooms that are similar to the examination rooms at a doctor’s office:

Outside there are several enclosures, including:

Walking outside at the Woodhaven with Cusworth is like walking through the forest with Snow White — all the animals appear almost on cue: Deer appear up on a hill; a small flock of mallards waddle over; birds chirp and a squirrel suddenly pops up and follows Cusworth everywhere.

The most memorable animals in her care, Cusworth said, were the otters.

“There’s nothing cuter than baby otters except maybe the two baby porcupines I have now,” she said. An old time trapper found the baby otters and brought them to Cusworth, who cared for them until they were weened and then went to zoos.

Cusworth is thankful when a good Samaritan brings her a sick or injured animal to Woodhaven Wildlife Center — but that is just a small part in the process, she said. Often, animals require many months of care, as in the case of the opossums, and can be costly as food and shelter requirements add up.

“They (Cornell) don’t charge me,” says Cusworth, “they have interns that are learning but they also have three or four licensed veterinarians on staff.”

Cusworth said she is far too busy to drive the animals herself — so she relies on two volunteer drivers who transport animals to Cornell for her.

Funding for the nonprofit facility primarily comes out of Cusworth’s pocket. The expense of the grounds with enclosures, food, transportation and time— everything that goes in to helping rehabilitating these animals falls on Cusworth. She also received a grant from the Gorman Foundation in Oneida for $5,000, and sometimes she receives cash or check donations from individuals as well as some support from a few local businesses.

A local a grocery store as well as an area supply store donate to Woodhaven to help out Cusworth and the animals in her care.

Vinnie Egresits, Cusworth’s significant other, picks up produce from the grocery store four times a week. From those donations Cusworth will sort out the food she can use at the center. The rest of the food that is good for people but not her animals is donated to Mother Mary’s Soup Kitchen in Utica. A local pig farmer takes the produce that she can’t use or send to the soup kitchen.

Because she’s more animal savvy than computer savvy, Cusworth said she wasn’t able to accept online donations. In a very recent development, according to the Woodhaven Wildlife Center Facebook page, the center is now able to accept donations through Venmo or PayPal accounts.