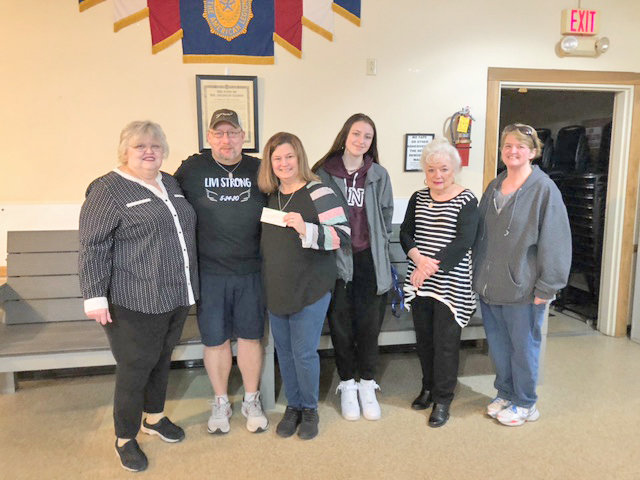 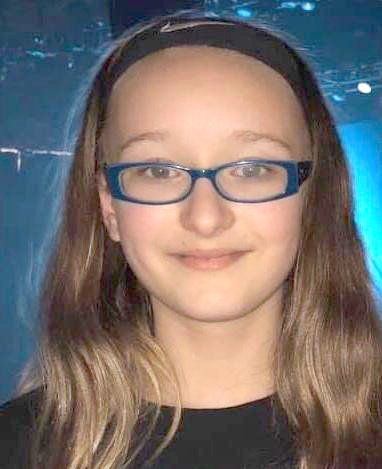 WHITESBORO — Whitestown Auxiliary Unit #1113 wanted to honor one of its junior members who passed away in 2020 at the age of 12.

Alivia Moylan was a member since birth and was a frequent volunteer at Post #1113 as her father, DJ, is a veteran of the Marine Corps and a dual member of the American Legion and the Sons of the American Legion. Her mother, Virginia, and her sister, Shaylee, are also
both members of the auxiliary.

The auxiliary conducted a raffle to benefit the Alivia Paige Moylan Memorial Scholarship Fund. One of Alivia’s fellow auxiliary members and local artist, Judy Dimbleby, painted a watercolor still life bouquet of poppies (the official flower of the American Legion Family) and donated it for the raffle. The net proceeds from the raffle total $2,044.

The auxiliary officers and the artist formally presented a $2,044 check to Alivia’s parents at the legionnaire meeting on Monday at the post, 110 Main St.

The Alivia Paige Moylan Memorial Scholarship was created to honor and remember her spirit.

“Alivia was a wonderful, caring, and loving human being who tragically passed at the age of 12 following an ATV accident on May 24, 2020. Family-oriented, she loved spending time with her parents and sister, as well as her many aunts, uncles, and cousins. Academically, she was an outstanding student in the Whitesboro Central School District who enjoyed her teachers and classmates,” an announcement by Auxiliary officials said. “Athletically, she was a great teammate and played soccer and basketball for Whitesboro. As a junior member of the Whitestown American Legion Post #1113 Women’s Auxiliary, she would volunteer her time on projects and events that honored veterans and service to the community. Alivia was a genuinely thoughtful person with a bubbly personality who cared about other people and had a fondness for taking care of animals, especially her dog, Bailey,” the announcement added. “Alivia’s favorite color was blue which explains a blue LED spotlight in her parent’s driveway that is on 24 hours a day so they feel her love surround them every time they leave and return home.”

The memorial scholarship will be given annually to at least one graduating senior from Whitesboro Central School District who will attend college, majoring in healthcare or veterinary health. Alivia would have graduated from Whitesboro in 2025.

Future donations by check can be made out to the Alivia Paige Moylan Memorial Scholarship and mailed to PO Box 504, Whitesboro, NY 13492.