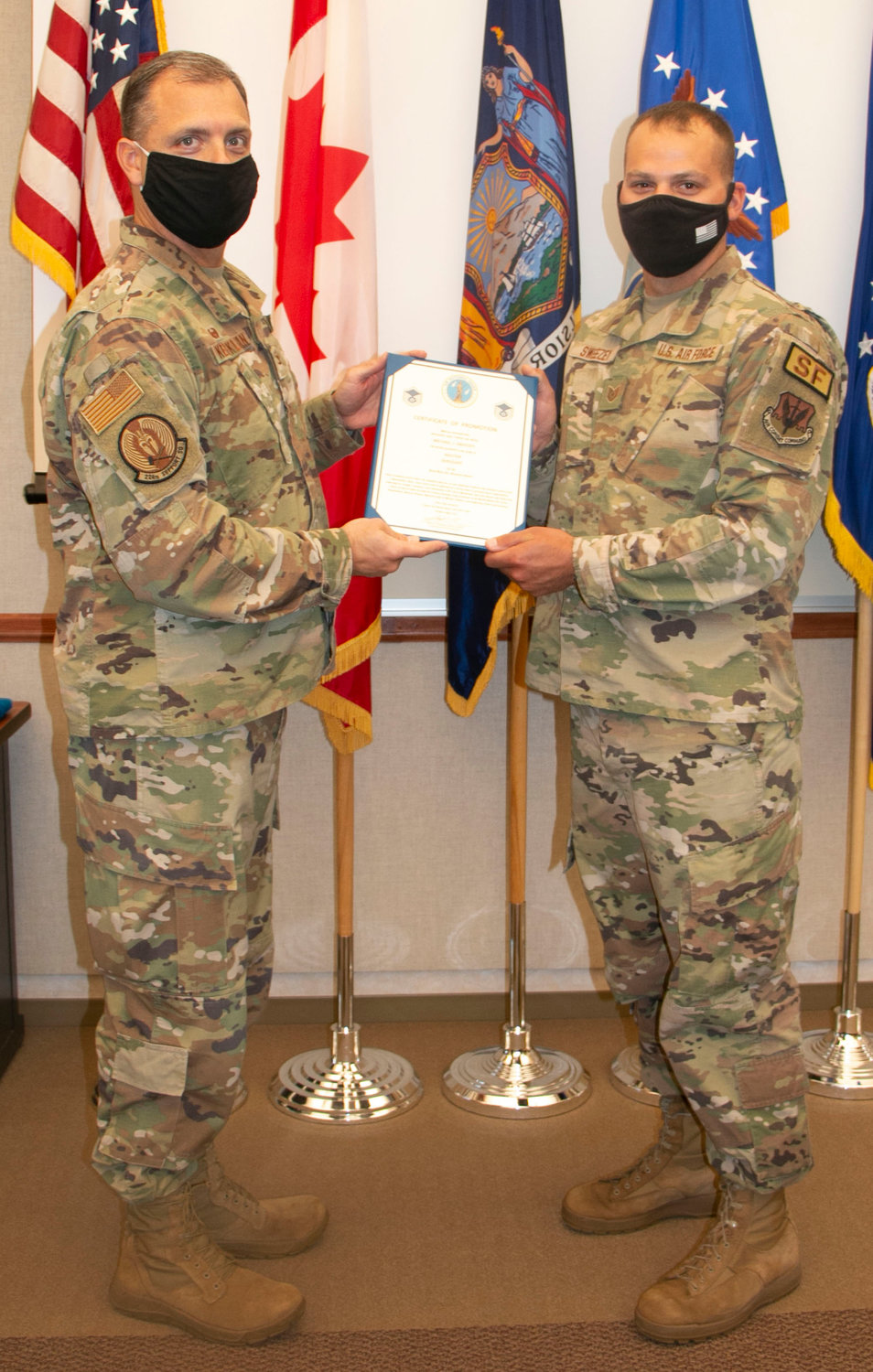 LATHAM — Maj. Gen. Raymond F. Shields, the adjutant general for New York, has announced the promotion of Michael Sweezey, of Whitesboro, to the rank of master sergeant.

Sweezey is the personnel programs noncommissioned officer for the Commander’s Support Staff at the 224th Air Defense Group. The 224th ADG provides the forces to conduct the Eastern Air Defense Sector’s mission. Part of the North American Aerospace Defense Command, the Sector is responsible for the air defense of the eastern U.S.

The promotions additionally recognize the best qualified airmen and attract and retain the highest caliber citizen soldiers for a career in the New York Air National Guard.