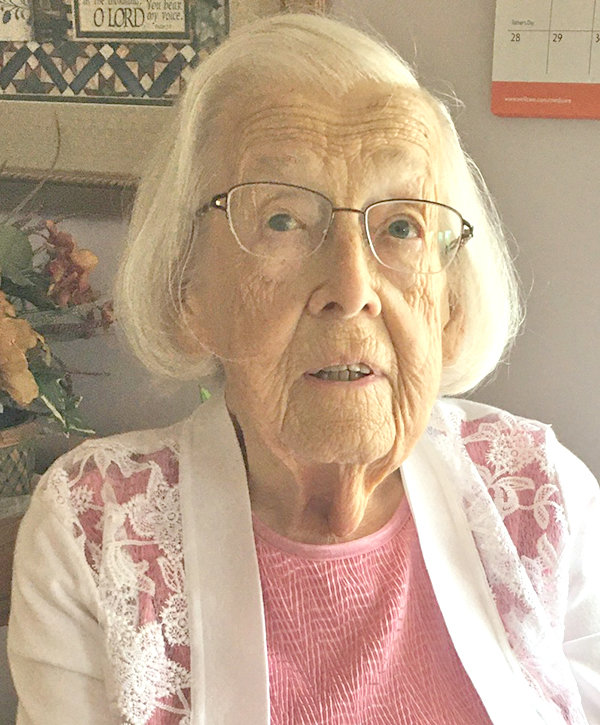 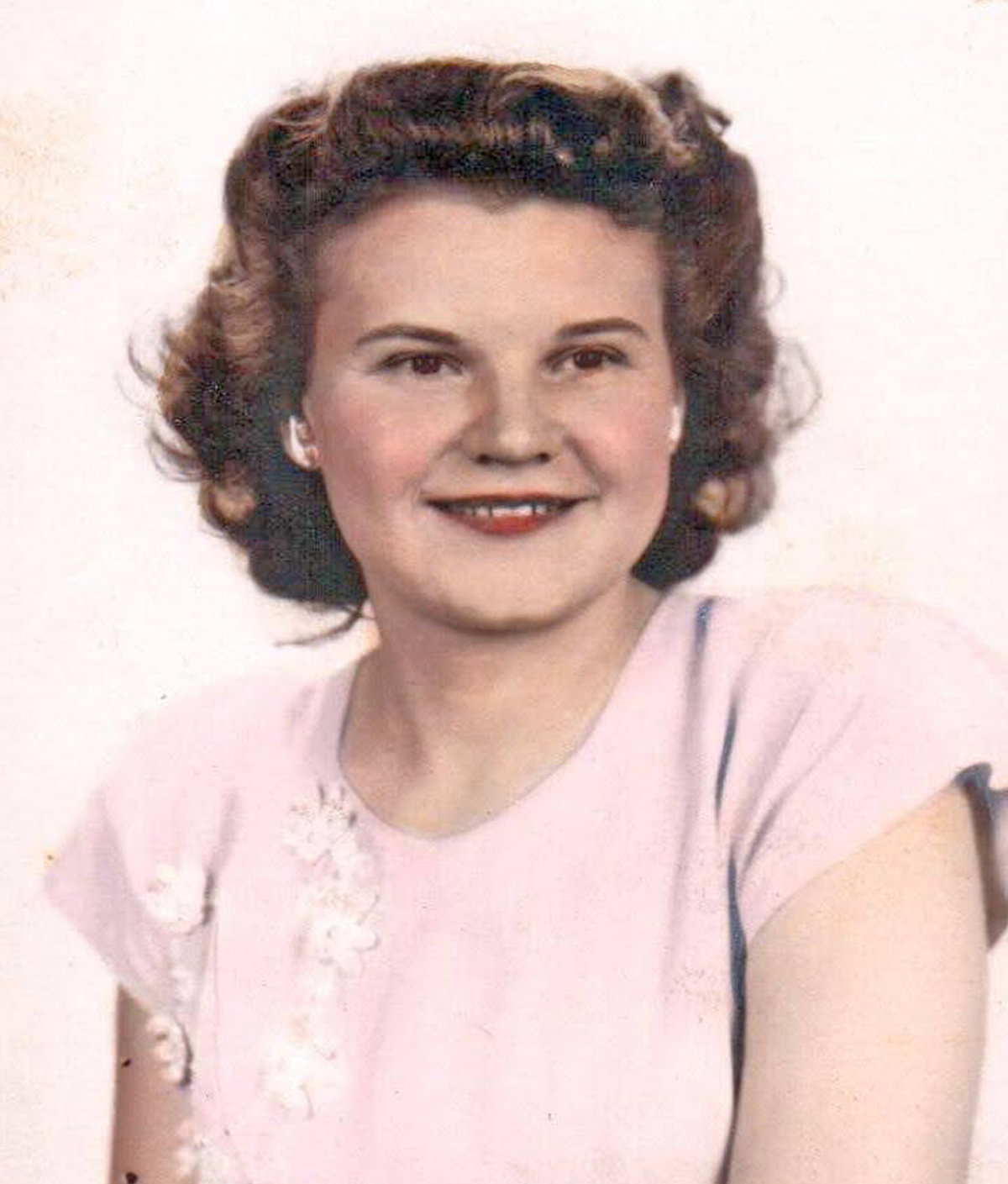 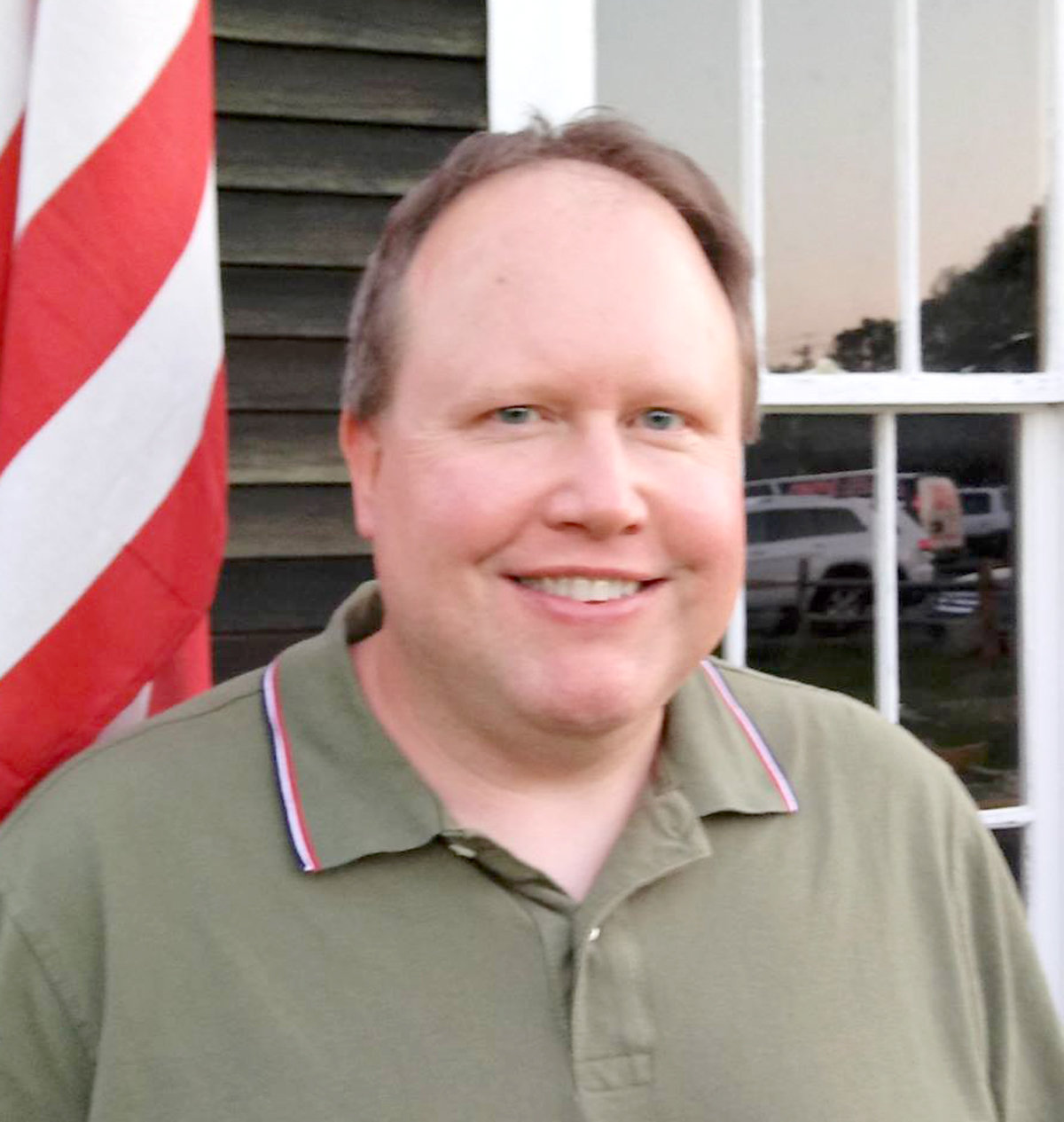 “What is it like to be one-hundred years old?” I asked Fern Welch.

“Well, I have my aches and pains that I have to address every day,” she answered pragmatically. “But I did that before I was one-hundred, and I’m doing it now that I am one-hundred.”

It was such a momentous occasion, she celebrated it twice.

First, her celebration with a family party on June 25, her actual birthday.

“It was a teachable moment,” she says. “Part of my mother’s character is to push you to be better and not be afraid to learn something new.”

The crown roast was good, for the first celebration; but the second celebration on Saturday, June 27, was even better. For that seventy-two cars driven by friends passed by her house-each stopping for a moment to say “hello”-in a 2020 COVID-style social distancing parade.

“It was just wonderful,” Fern says. “I saw people from Westmoreland to Seneca Falls. I have friends all over the place!”

On June 25, 1920, Fern Louise Wood was born in South Butler, a small town in Wayne County. After graduating in 1938, she married George Welch. In 1948 they joined the New York State Grange. She has been a member now for seventy-two years. In 1955 they moved to Westmoreland and lived in the yellow house on Main Street next to the cemetery. They raised four daughters; Jean (Plumb), Midge (Ferris), Connie (Turk), and Debbie (Loucy), all of whom graduated from Westmoreland Central School.

“Her quick wit and sense of humor never fail to draw people in,” her daughter Connie Turk observes. “Those endearing qualities make her a joy to be around.”

Connie says that those qualities draw people to her mother, whom everyone calls “Ma.”

“Her love of life is as apparent as her love of God and family,” her daughter adds.

Fern now lives in Sherill with her daughter and son-in-law. She described moving in with them as an “answered prayer.”

“Otherwise, I’d still be in Westmoreland trying to mow our acre of lawn,” she quips.

She is active as ever in Sherill. Fern is a member of the Sherrill Garden Club and has helped make hospital masks and caps for local care providers. She also enjoys genealogy, road trips, family reunions, and, not surprisingly, birthdays.

Like everyone else I know in Westmoreland, she counts Donna LaBuz as one of her great friends.

“Donna always called me ‘mom,’” Fern recalls. “I babysat her boys when they were babies. Her family has always been a part of my life.”

We posted a birthday greeting on our social media page at Facebook.com/WestmorelandHistoricalSociety, and it was immediately filled with good wishes.

“My goodness, I remember her well,” Lynn Sweet said. “Definitely my era.”

Kristin Hubley remembers her fondly as a good friend of her grandmother, Mae Weatherall (who I will be writing about in the July 15 online edition of this paper.)

“Birthday blessings, Fern Welch,” Susan Meacham commented. “When I think back on my childhood, you were one of the warmest, funniest of adults. Westmoreland was fortunate you made it your home.”

“The day of the drive-by birthday parade, she was just filled with happiness,” her daughter Debbie told me. “She kept saying, ‘I’m having such a good day’. She was thanking the Lord for allowing her to take it all in.”

“She is a social butterfly!” her daughter Connie points out.

I asked her if there was anything else she wanted to add before we ended the phone interview.

“Westmoreland is a lovely little town,” she said. “It’s a nice town. People are nice.”

Anna Patrick Skawski is another remarkable unsung hero of Westmoreland.

A few weeks ago, I wrote about the “Westmoreland: The Way It Was,” booklet, a project put together by the Westmoreland Elementary School’s Gifted and Talented program in 1983. Anna was one of the people who was interviewed for the book. In her interview, she talked about how “one of the most pleasant memories as a child was going down to Mr [John] Maw’s iron shop.”

After that column was published, her daughter, Marianne Williams, contacted me to say that her mother’s name was misspelled in the booklet (and therefore in my column.)

I reread the piece about her in the booklet. I was struck by how Mrs. Skawski didn’t talk about herself at all in her interview. So, rather than just correct the error, I told her daughter I would like to know more about her and write a tribute to her life to share with my readers.

“I’m not sure she would fit in one of your columns,” Marianne messaged me on Facebook. “She spent most of her life caring for sick family members.”

I told her I thought that was all the more reason she deserved recognition and a full-blown “Ron Klopfanstein #BeMoreWestmo” profile.

“Anna Patrick Skawski was born in 1920 in what used to be the schoolhouse on Cider Street,” her daughter told me. “She lost both of her parents by the age of 16. She was raised by cousins whom Marianne thought of as aunts and uncles. Anna worked in the State Street Mill in Utica, where she met her husband, and at General Electric in Utica, where she got to see John F. Kennedy while he was campaigning for President!”

She got to see some other famous people too. Before she married her husband, John Shawski, she lived with a few of her cousins in an apartment behind the Stanley Theater. It must have been such an exciting time because they got to see some “big name performers” arrive backstage. Anna also had wonderful memories of an earlier time in her life, like when Maria Proctor (of the Munson Williams Proctor Institute) taking Sunday drives out to Westmoreland and bringing candy and little gifts for the children of the town.

“On summer days she and her friends used to picnic in the Spring Woods,” Marianne recalled her mother saying. That particularly interested me because I have lived next to the Spring Woods my whole life. I’m sure I have walked hundreds of times, and still do, over the spot where she gathered with her friends to have sandwiches and explore the woods.

Anna died in 2003, ten years after “Westmoreland: The Way It Was” was completed, but her daughter Marianne shared many more interesting stories that I am happy to now get into this online edition of the Clinton Record on the Rome Sentinel website.

“I also remember her talking about the plane crash on Humphrey Road,” Marianne wrote. “She was dating my Dad at the time, and he was in Westmoreland. They were on Main Street when they saw the plane go down. Her family's priest from the Lithuania church in Utica was also at my Mom's family home, and they all rushed over to the crash to see if they could be of help.

“I remember my Mom saying that they were kept away from the scene as rescue workers had just arrived, but our priest administered last rites to many people.”

I wondered if she remembered the famous Walesville Incident. Marianne believes that her mother was living in Utica at the time, and was aware of it but wasn’t in town when it happened.

“She also used to talk about going to the “foundry” when she was growing up and watching the men pour off the molds,” Marianne said.

Anna’s father, Paul Patrick, and her uncle were employed there.

“All of the men in the family were employed there now that I think of it,” Marianne recalls. “Her cousin would later become the Vice President of the company.”

Marianne particularly enjoyed her mother’s stories about the “foundry” because they reminded her of her childhood going to see her uncles who worked there in the 1970s.

“We used to walk to the pool in the summer, and we would stop on Furnace street and watch on every trip,” she recalled. “The heat was almost unbearable, even out on the street. The men that worked there endured a lot.”

“What an interesting life,” I messaged her back. “A Westmoreland and Utica, Twentieth and Twenty-First Century life. It’s about time your mother’s story became part of the historical record…with her name spelled correctly.”

“I am enjoying trying to remember some stories,” Marianne messaged me back. “I hadn't thought about these in a while since all my family has passed on.”

So here’s to you, Fern Louise Wood Welch and Anna Patrick Skawski, two amazing women both born one hundred years ago. 1920 was a very good year.

Ron Klopfanstein welcomes your questions, comments, and story ideas. Like him at Facebook.com/BeMoreWestmo and Follow him at Twitter.com/RonKlopfanstein