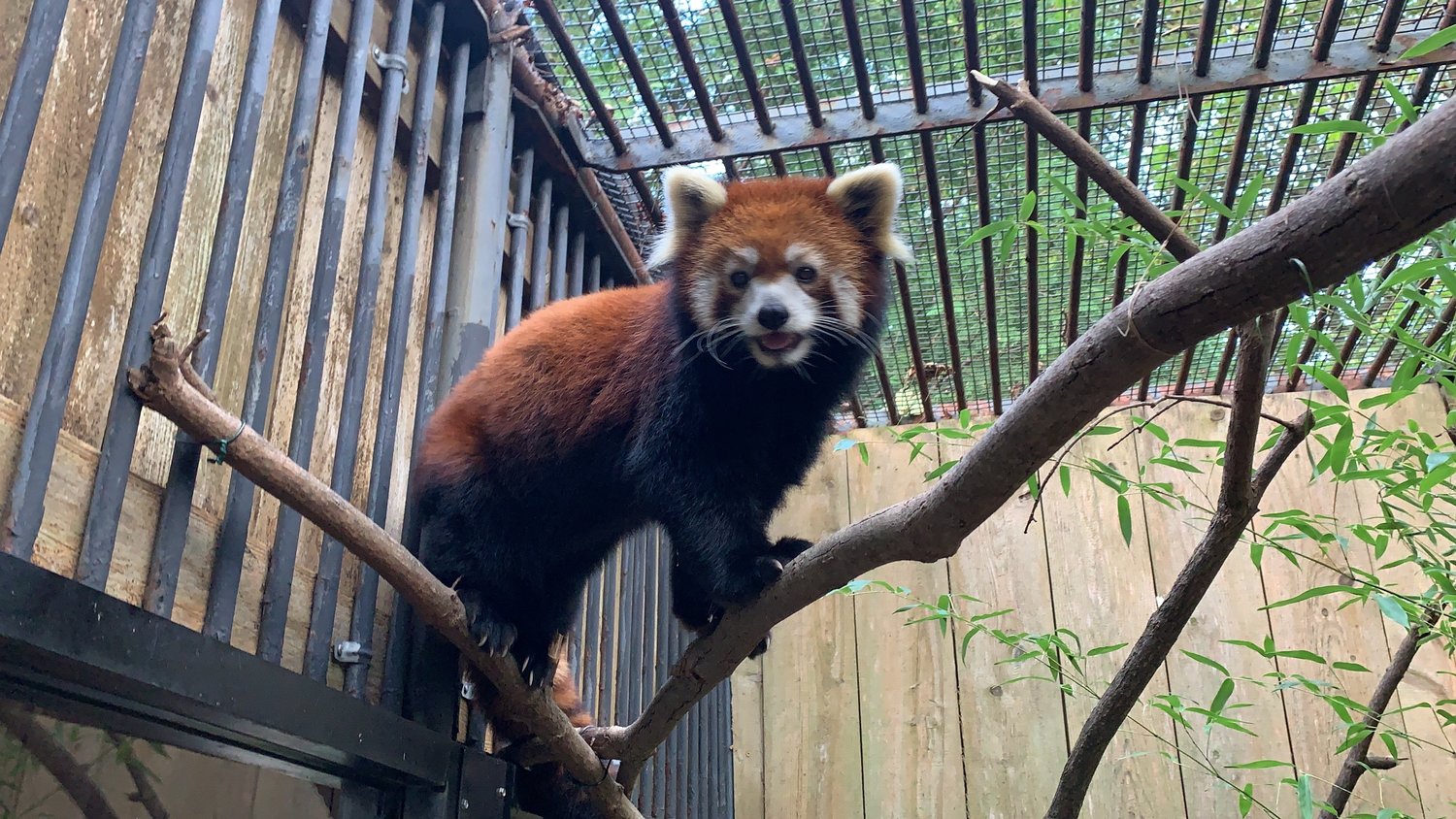 SEARCHING FOR ANSWERS — Ming Yue, a red panda living at the Utica Zoo, died on Monday, Oct. 11, zoo officials have confirmed. The female red panda showed no signs of illness or distress leading up to Monday, and zoo officials do not yet have a cause of death. A necropsy is being performed at Cornell University.
(Photo courtesy Utica Zoo)
Posted Tuesday, October 12, 2021 9:13 pm

The female red panda showed no signs of illness or distress leading up to Monday, and zoo officials do not yet have a cause of death. A necropsy is being performed at Cornell University.

“It is with heavy hearts that we share the very sudden news of Ming Yue’s passing,” said Utica Zoo Executive Director Andria Heath, in a statement. “The Cornell veterinary team is examining the cause, and it is customary for us to not receive the results immediately.”

Ming Yue was one of two red pandas on exhibit at the Zoo. She was born in 2013 at Prospect Park Zoo, Brooklyn and came to the Utica Zoo in 2014 on loan through Assiniboine Park Zoo, Winnipeg, Manitoba, Canada.

She and her mate, Muse, had two groups of cubs including Xiaobo and Mei Lin in 2019. Muse — who remains on exhibit at Utica Zoo — was born in 2011 and came to the Utica Zoo from Red River Valley Zoo in 2012.

Red pandas are currently classified as an endangered species, and the Utica Zoo works closely with the Red Panda Species Survival Plan to reverse this perilous trend. The red pandas are among the most popular of the animals on exhibit at the zoo with visitors from across the region coming to visit the rare creatures.

“This is an unexpected tragedy for all of us, and we recognize the impact this has on our visitors and the community at large,” Heath stated. “Please keep our staff in your thoughts. Every team member loves the animals we care for, and any loss is a difficult one.”