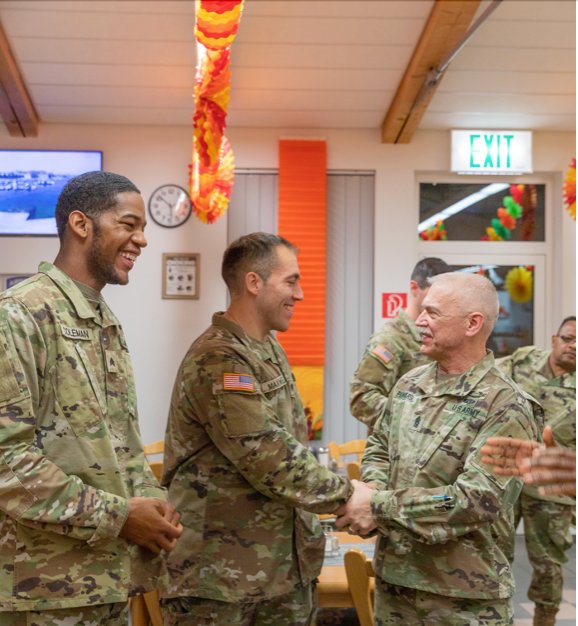 “Our support to the Armed Forces of Ukraine would not be a success without the tireless efforts of Neil and soldiers like him serving on this mission,” said Col. William Murphy, commander of Task Force Orion.

“Neil is a great reflection of the character and ability we look for in the New York National Guard at home and on
deployment overseas,” Murphy added.

Task Force Orion has been deployed in support of the Joint Multinational Training Group-Ukraine mission since early August 2022.

The unit ensures the combat effectiveness of Ukrainian military personnel training on systems and equipment issued under the United States’ Presidential Drawdown Authority.

By some accounts, the tradition of recognizing soldiers with challenge coins is said to date back as far as World War I, when a lieutenant in the Army Air Service recognized members of his unit with a coin-sized bronze medallion.

The medallion later saved the lieutenant’s life when he was shot down behind enemy lines, and used it to identify himself to friendly forces.

Today, challenge coins are used as unique symbols of military units, and presented to soldiers who perform above and beyond the call of duty, according to the announcement from the New York Army National Guard.

These awards also aim to attract and retain the highest caliber citizen soldiers for careers in the New York Army National Guard, according to the announcement.