The Revolutionary War fort famous for never surrendering to the Redcoats is now facing an invasion by swarms of “Yellowjackets.” 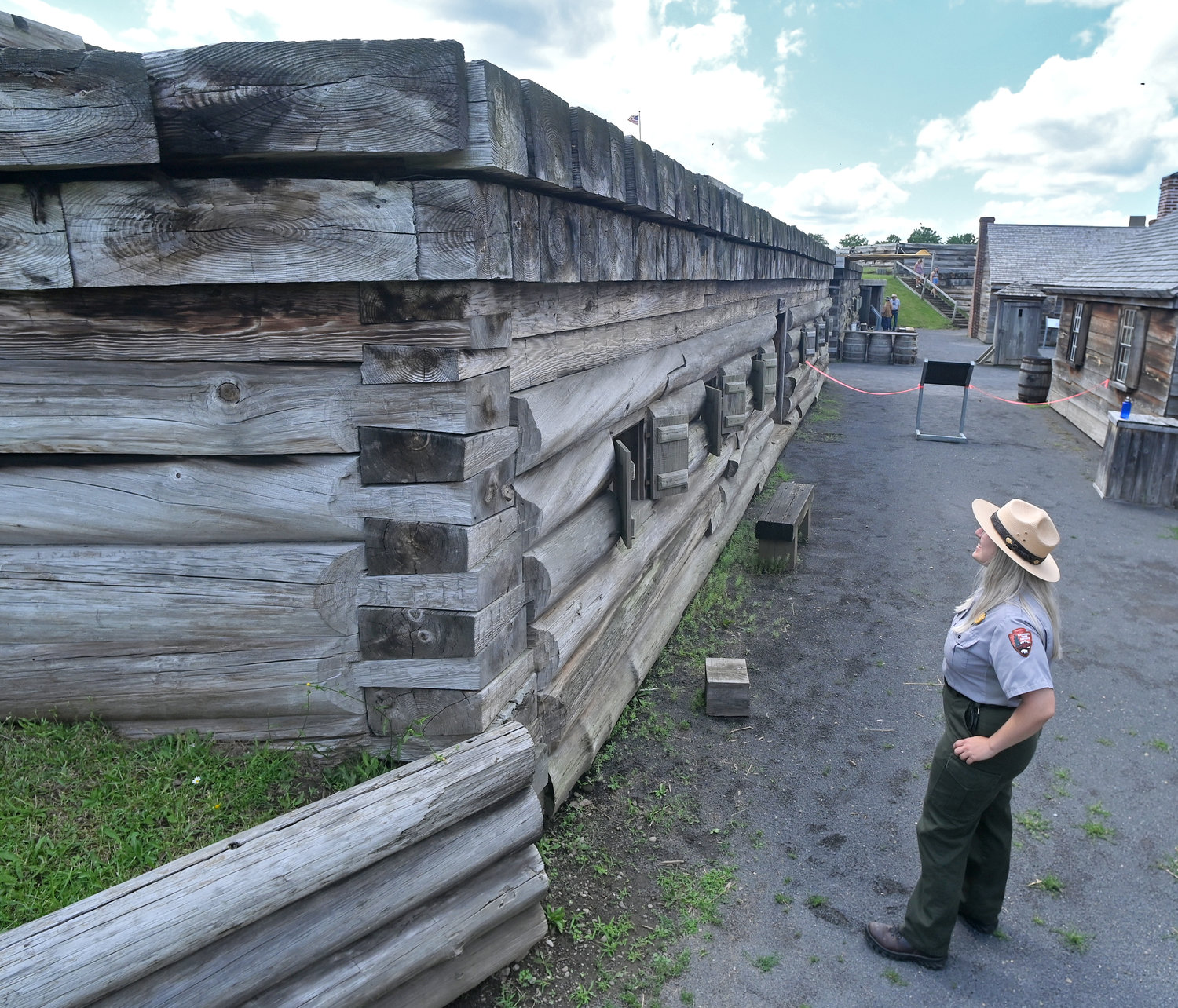 Fort Stanwix National Monument Park Ranger Meaghen Gape looks up to the spot on the corner of the southeast barracks — the location of a honeybee hive that recently swarmed. The area is roped off to prevent visitors from getting stung, while giving the active hive peace before they can be removed by a professional beekeeper.
(Sentinel photo by John Clifford)
Posted Wednesday, July 27, 2022 6:17 am
Nicole A. Hawley
Staff writer
email / twitter

ROME — The Revolutionary War fort famous for never surrendering to the Redcoats is now facing an invasion by swarms of “Yellowjackets.”

Fort Stanwix National Monument announced on its Facebook social media page Sunday that it was temporarily closed until further notice due to a swarm of honeybees that invaded the historic fort. But visitors may find solace in knowing that, “the beekeeper’s coming, the beekeeper’s coming!”

“Our honey bee friends have settled into their new home, and although they won’t harm you unless you harm them, there may be a few fort locations blocked off for your safety as a just-in-case,” Monday’s announcement read.

Sunday’s Facebook post indicated that the honeybees settled into one of the barracks at the fort, and Fort Stanwix representatives said the bees would be allowed to swarm until they found a new home. Then a beekeeper would come in to assist with the relocation of the colony.

“Rest assured, they will not ‘bee’ harmed,” the post read.

According to the state Department of Agriculture, state regulations aim to monitor the movement of bees and ensure that bees are properly inspected and cared for. In some cases, an experienced beekeeper or licensed pest control professional can remove the live honeybee colony.

While honeybees are considered the most beneficial insect to humans because of their ability to pollinate crops and for the products they provide directly, such as honey and wax, they are also considered endangered.

Honeybees contribute more than $16 billion annually to U.S. agriculture and pollinate approximately one-third of the crops consumed, according to the Texas A&M AgriLife Extension. In recent years, much has been written about the decline in the honeybee population. However, most declines have occurred in managed bee colonies. The status of wild honey bee colonies remains unknown, Texas A&M AgriLife Extension experts said.

A honeybee differs from the Yellowjacket wasp in that it has a hairy body and wide rear legs designed for carrying pollen.