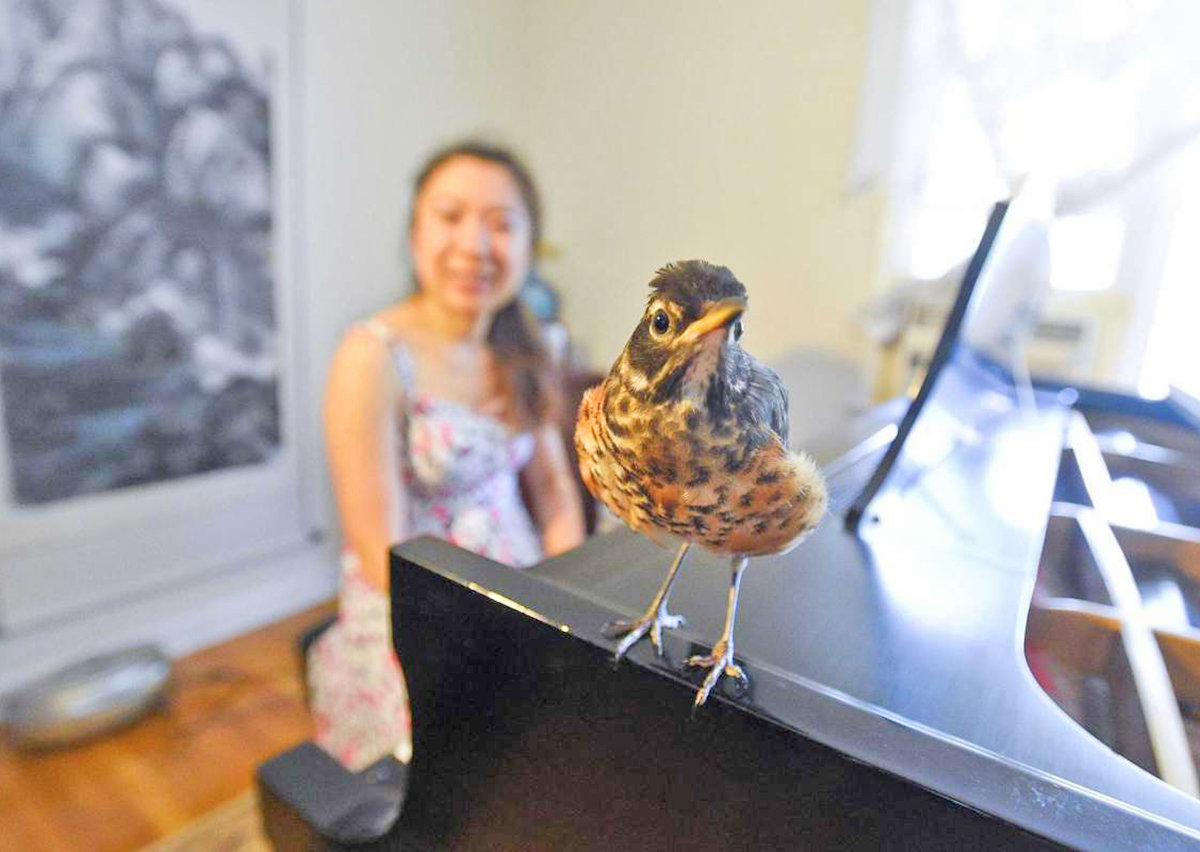 The performance can be watched at any time and it will run for one week. The concert was recorded in December and January, live at View, on the center’s Steinway piano. The video also features Wang’s rescue robin, Ali, who accompanies her.

The program includes excerpts from Tchaikovsky’s “Nutcracker Suite,” along with selections by Chopin, Mozart, and other composers. Some of the pieces feature sections that Wang arranged.

And yes, the bird is part of the concert. He is a rescued American robin named Alexander or Ali for short, who loves music. To learn more about Wang and Ali, go to View’s website and click on the link to a story from her hometown Connecticut newspaper.

Tickets are a suggested price of $10, but View is also offering a chance to pay a little more or a little less, depending on your financial status. For more information, visit View online at www.viewarts.org.