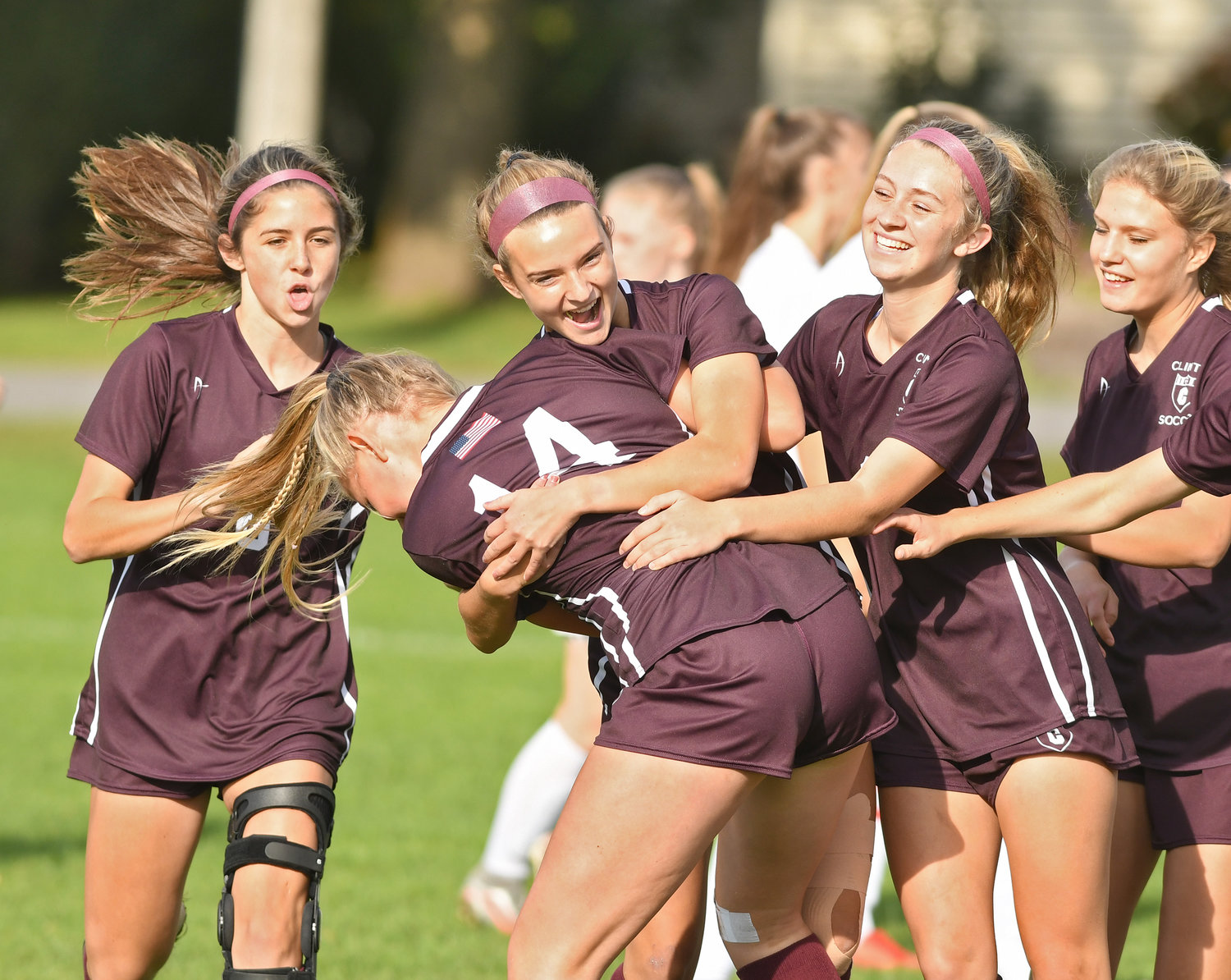 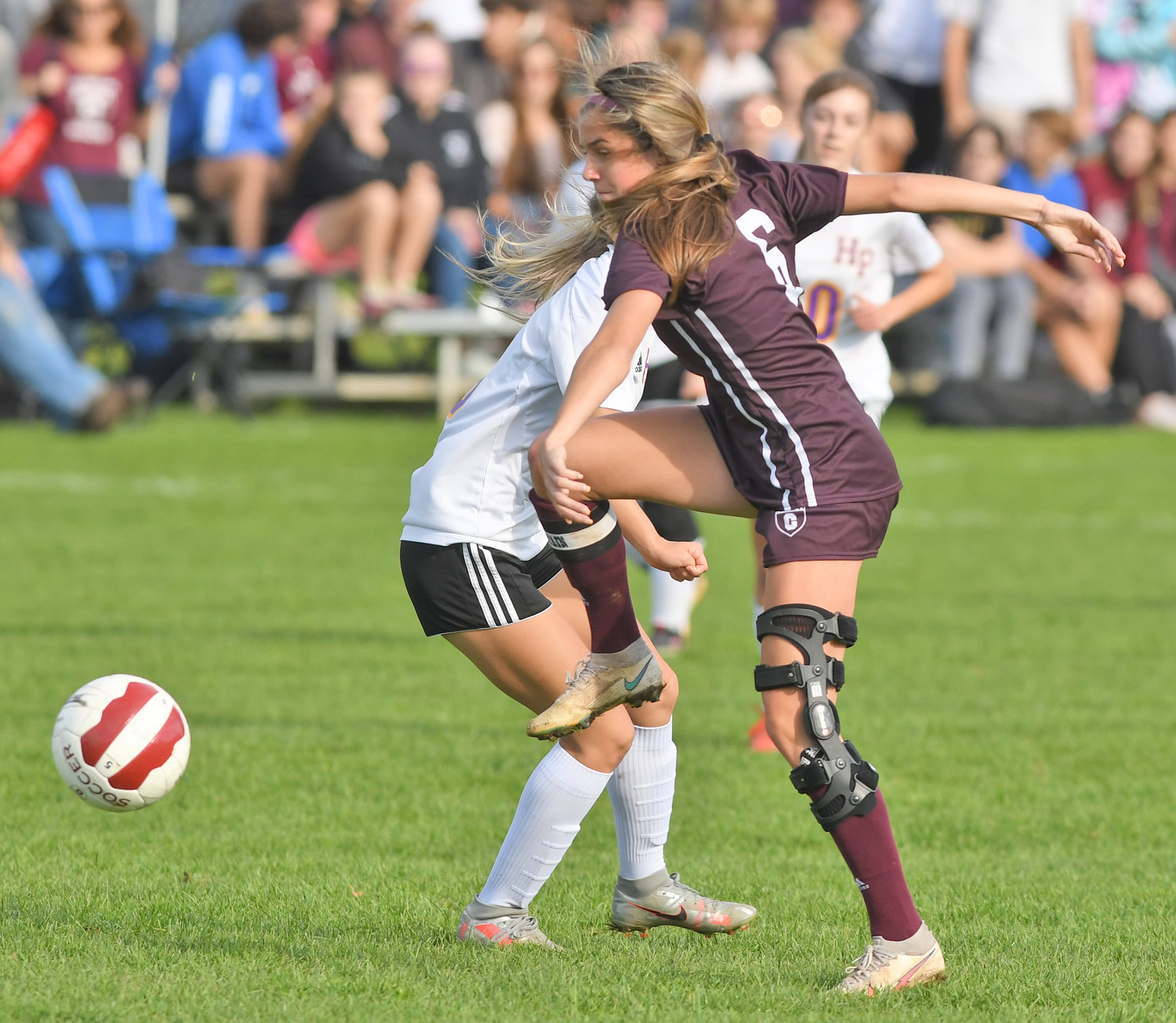 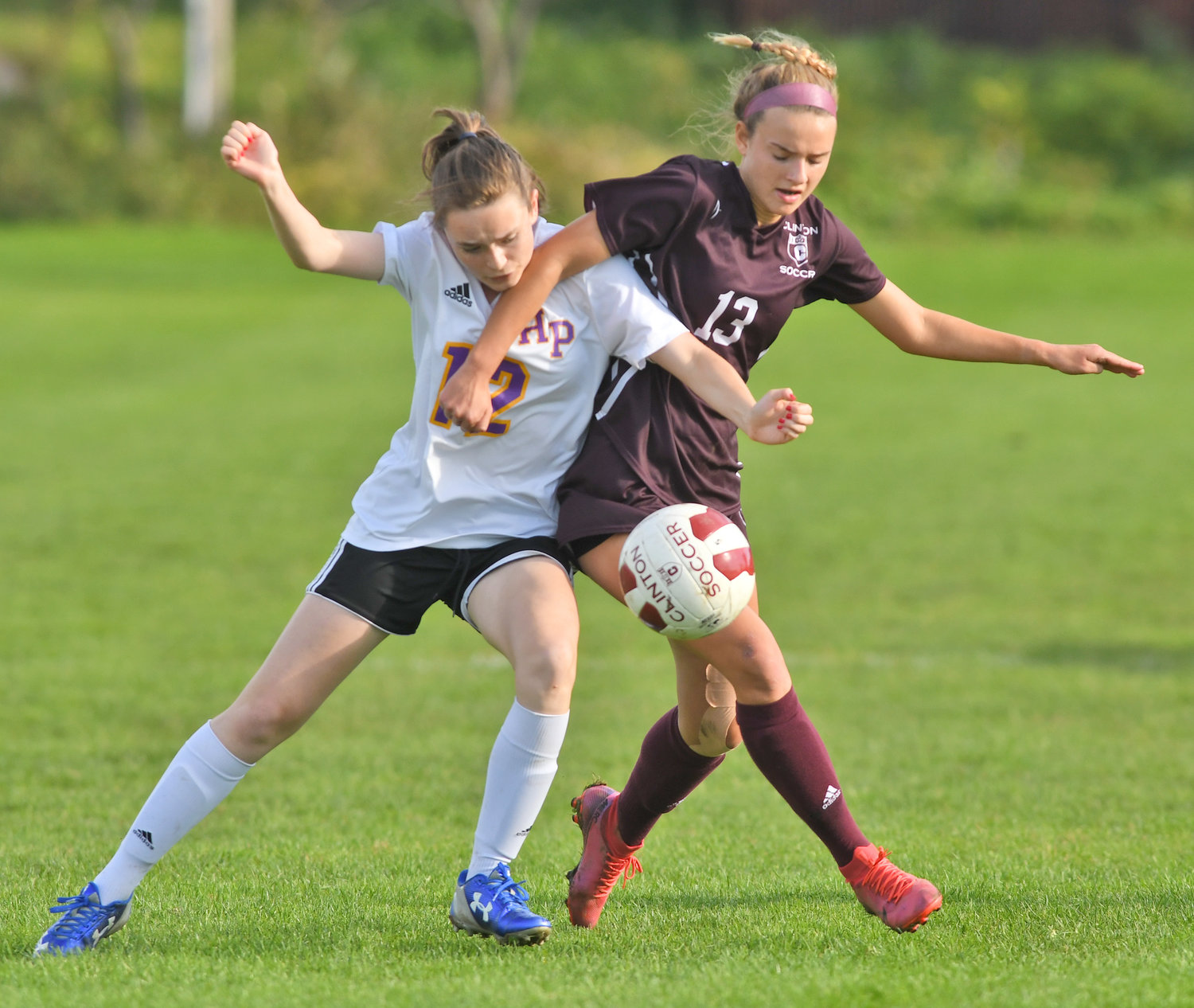 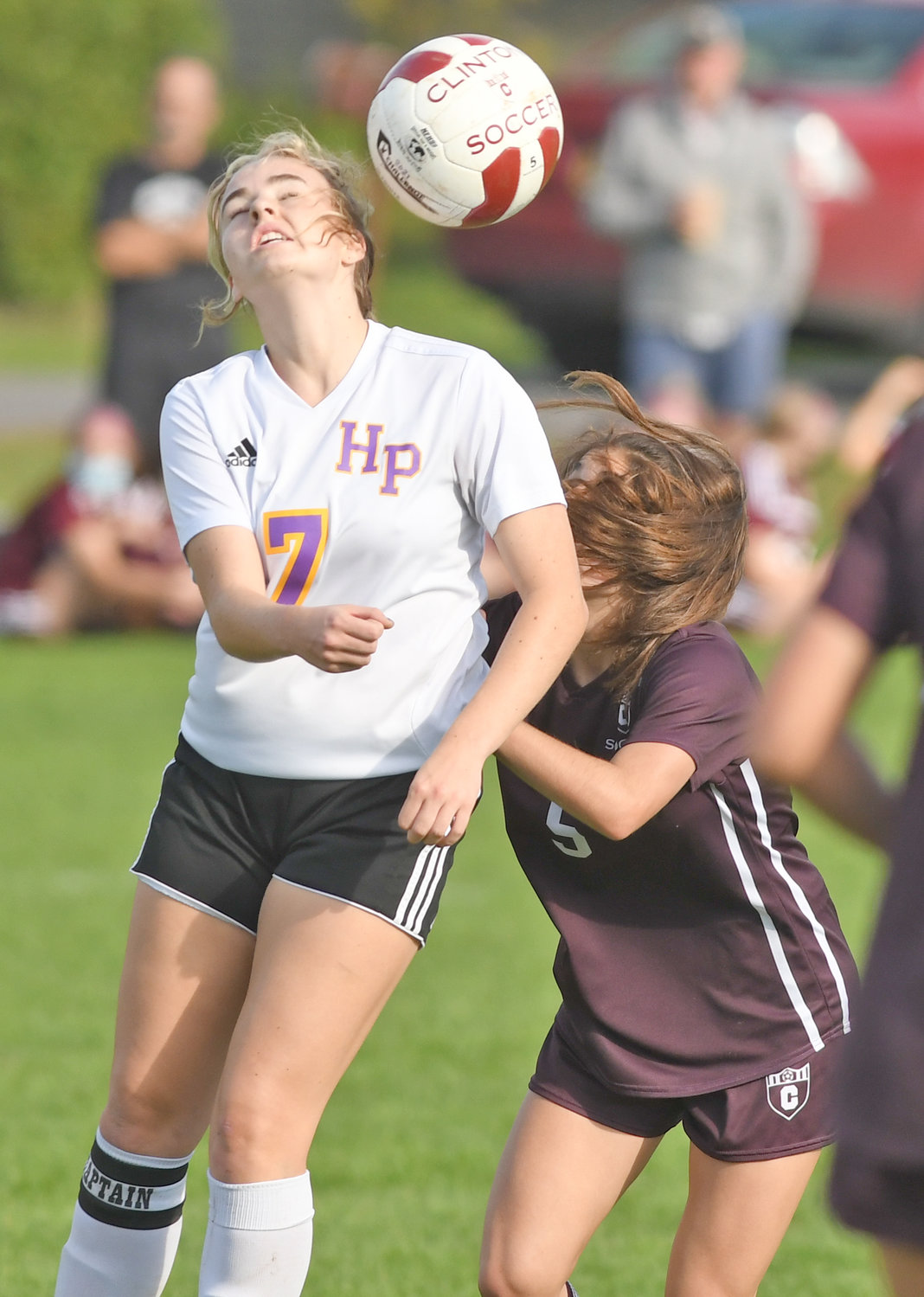 PUSHED FROM BEHIND — Holland Patent's Emery Crossley gets shoved from behind by Clinton's Lydia Detraglia during the first half of Thursday's Section III Class B girls soccer first round game in Clinton. The Warriors won, 6-2 to advance in the tournament.
(Sentinel photo by John Clifford) 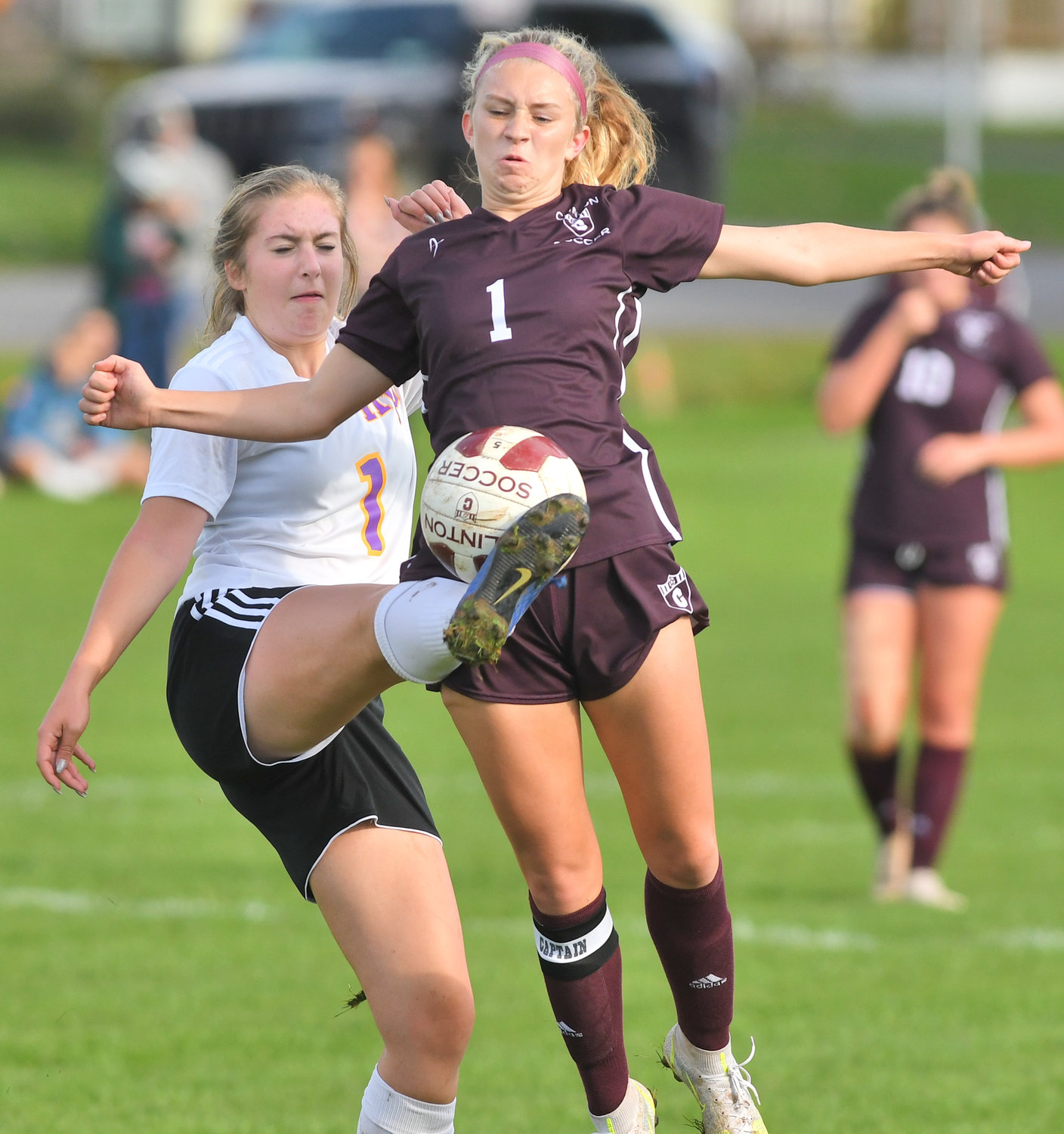 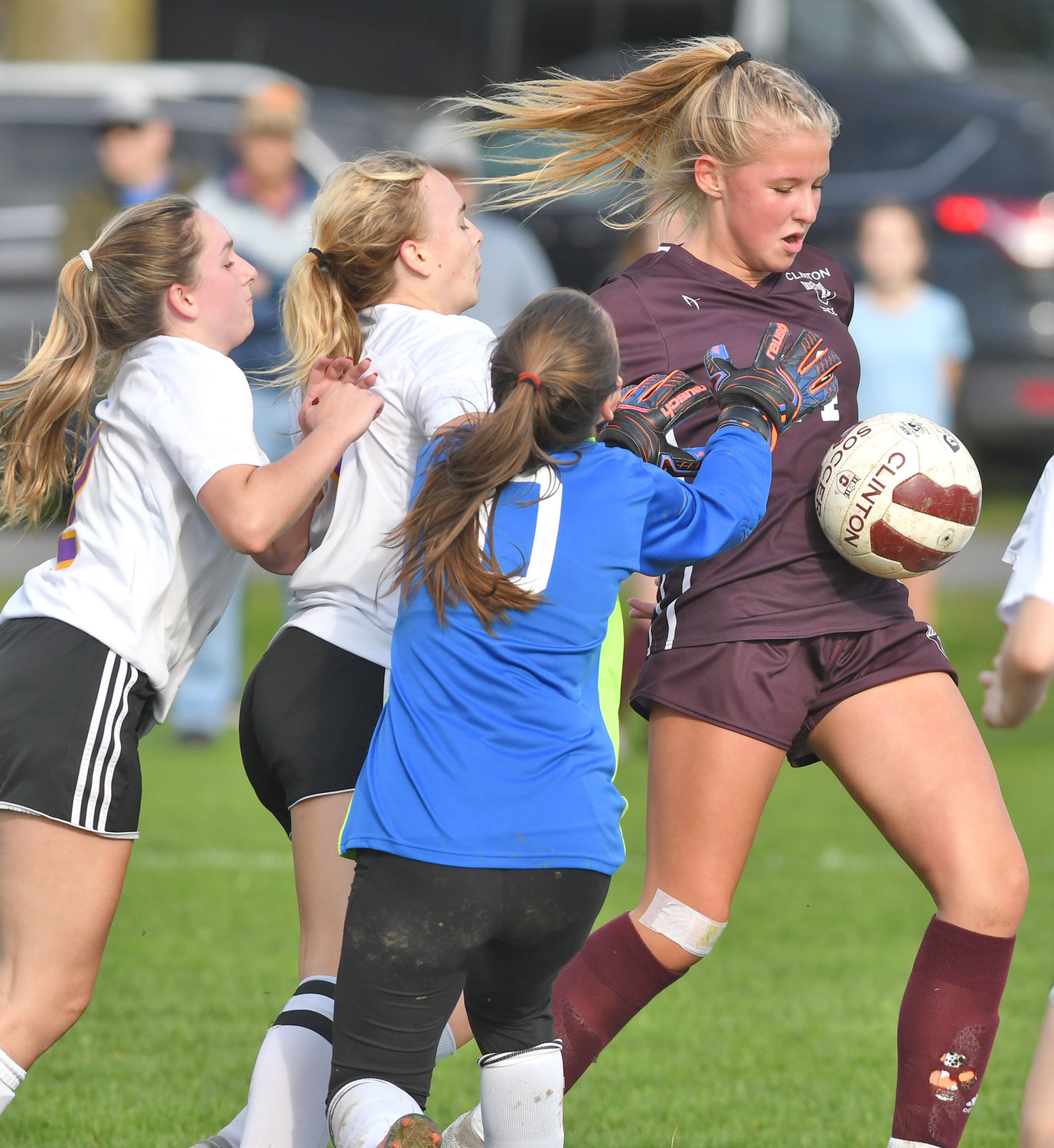 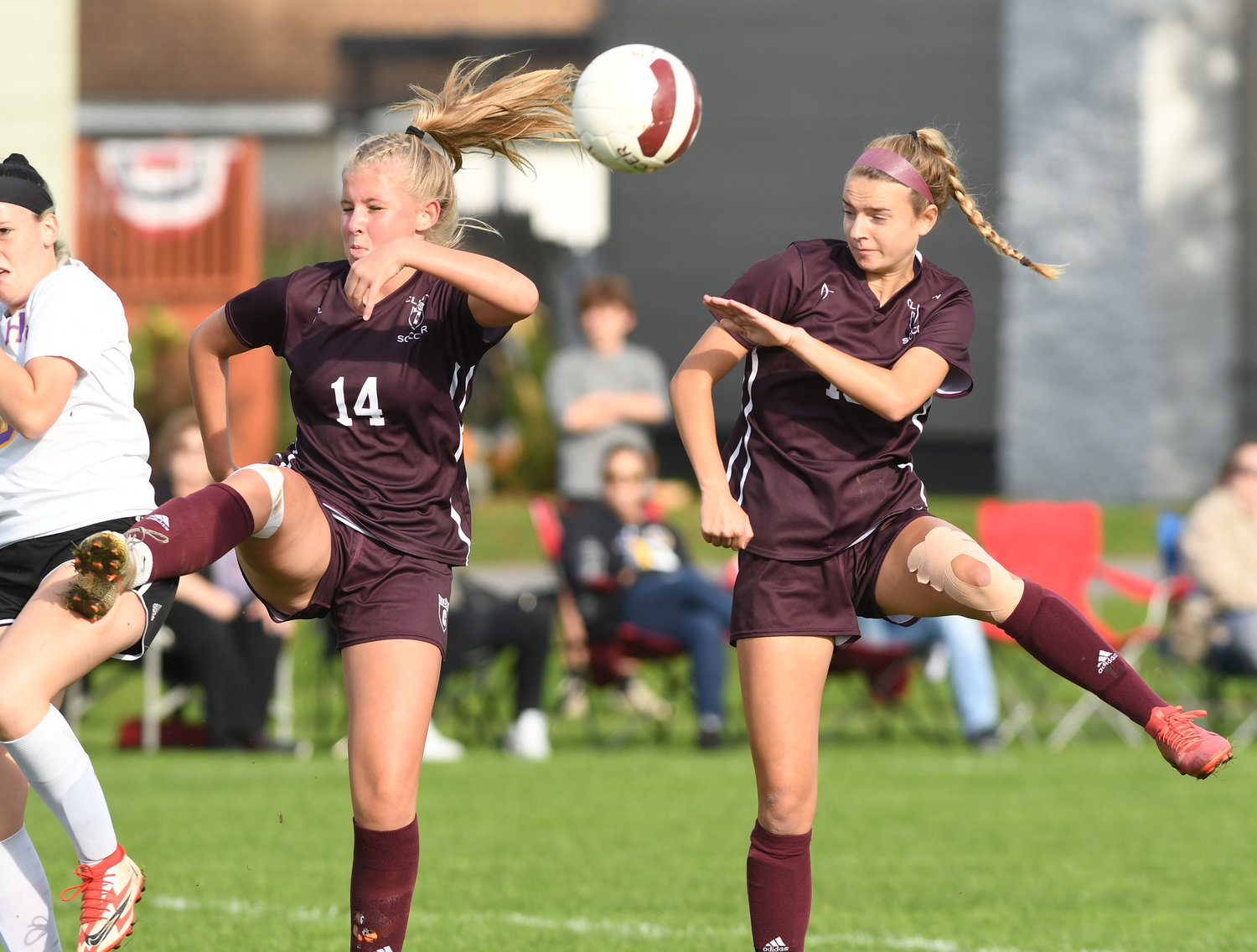 GOING FOR THE BALL — Clinton's Paige Luke, left, and Avery Maxam go for the ball during Thursday's Section III Class B first round game in Clinton.
(Sentinel photo by John Clifford)
Previous Next
Posted Friday, October 22, 2021 11:00 am

Game details were not available at press time.

The Warriors, who improved to 16-0, are home for seven seed South Jefferson in the Class B quarterfinals on Saturday at a time to be announced. South Jefferson advanced with a 6-4 win over General Brown.

The Golden Knights earned a 2-1 win at Homer in the opening round of the Class B tournament Tuesday. The deciding goal came off of a Homer player and into the teams’ own net.

The Golden Knights finished the season at 7-10.

The Adirondack girls soccer team was eliminated from the Section III Class C playoffs with a 4-1 loss at Dolgeville Thursday.

Six seed Westhill won 5-2 at home Wednesday over 11 seed Westmoreland-Oriskany in the first round of the Section III Class B boys soccer playoffs.

The hosts established a 3-0 halftime lead. The Bulldogs came back with the first two goals of the second half but Westhill got two late goals to seal the victory.

Johann Bratge and Caleb Miller each had a goal and an assist for Westmoreland-Oriskany.

In goal for the Bulldogs, David Cronauer made 16 saves then Matthew Doyle made one save in relief.

Joshua Dabbiero scored twice for Westhill, with one goal each from Christopher Schwartz, Kyle Rosenberger and Emmet Starowicz.

Westmoreland ends its season at 10-6.