It’s going to be a “Beautiful Day” for the band U2 and four other artists when they receive this year’s Kennedy Center Honors in December. 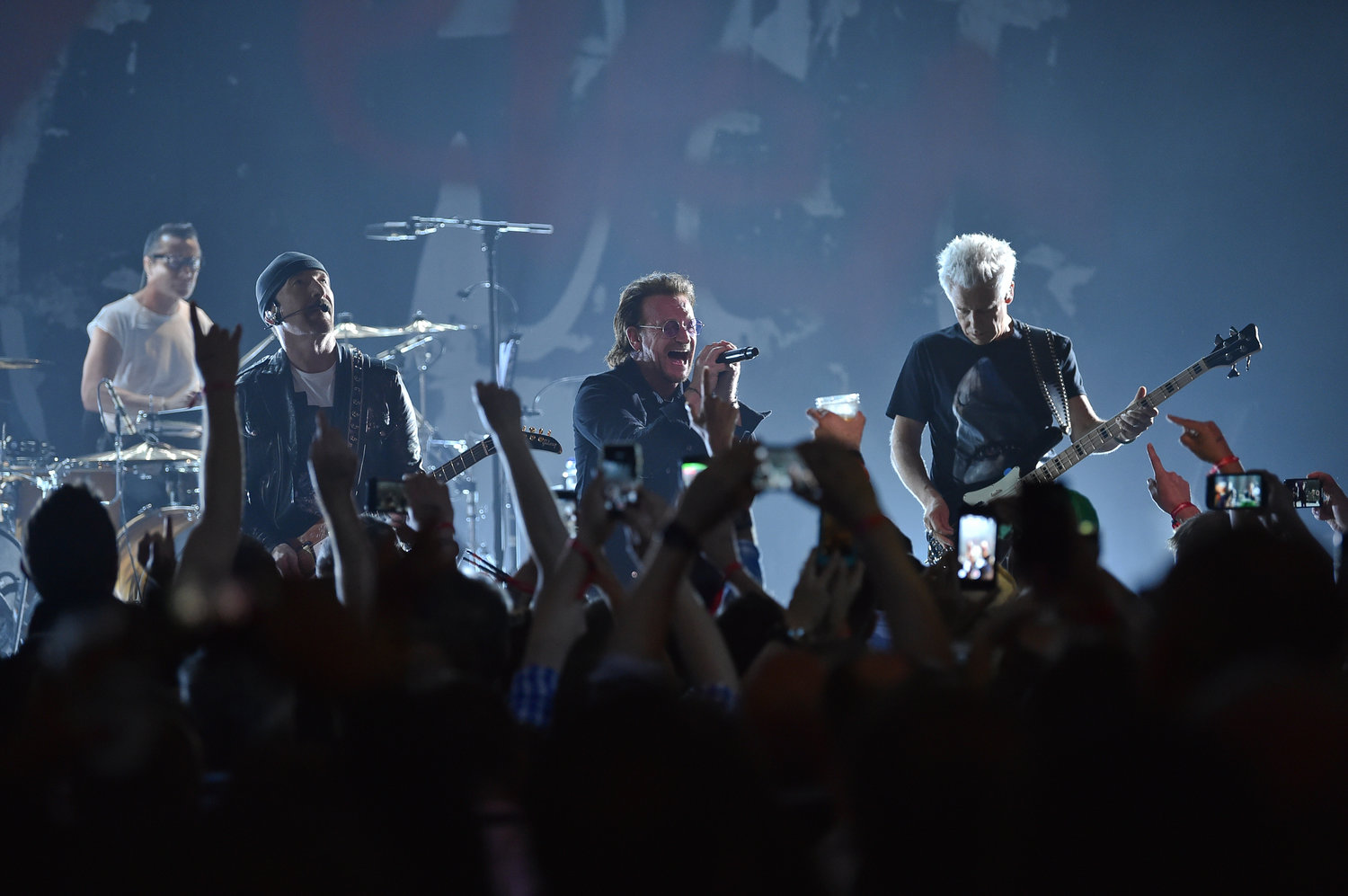 Larry Mullen Jr, left, The Edge, Bono and Adam Clayton of U2 perform during a concert at the Apollo Theater hosted by SiriusXM on June 11, 2018, in New York.
(Photo by Evan Agostini/Invision/AP, File)
Posted Saturday, July 23, 2022 10:00 pm
Associated Press

WASHINGTON  — It’s going to be a “Beautiful Day” for the band U2 and four other artists when they receive this year’s Kennedy Center Honors in December.

The John F. Kennedy Center for the Performing Arts announced Thursday that the Irish rock band along with actor George Clooney, singers Gladys Knight and Amy Grant and composer Tania León are being honored this year.

The center generally honors five people annually for influencing American culture through the arts. But bands and other groups sometimes get honors, too. Disco-funk band Earth, Wind & Fire was the most recent, in 2019, the year the long-running children’s TV show “Sesame Street” was honored. The Eagles were honored in 2016 and Led Zeppelin in 2012.

Kennedy Center President Deborah F. Rutter said in an interview that her group has “worked really hard to think about ‘Are we including all of the performing arts?’” as it hands out its awards.

This is the 45th year of the honors, which will include a gala performance Dec. 4 in Washington featuring top entertainers. The show will be broadcast on CBS at a later date.

Rutter said the honor is “not about one work that happens to be popular this year. Or one movie. Or one piece of choreography.” It’s “about lifetime achievement.”

Rutter said she was told U2 frontman Bono was eating and dropped his fork when he was told the band had been selected for the honor. But it took a while for the band to accept because Bono had to get his fellow band members — The Edge, Adam Clayton, Larry Mullen Jr. — to buy in and they weren’t all in the same place, Rutter said.

In a statement thanking the Kennedy Center, the band noted it played its first show in America in New York in 1980. Its second show was in Washington.

“We had big dreams then, fueled in part by the commonly held belief at home that America smiles on Ireland. And it turned out to be true, yet again. But even in the wilder thoughts, we never imagined that 40 years on, we would be invited back to receive one of the nation’s greatest honours,” the band said in a statement, calling the United States “a home away from home.”

Clooney, who played wily thief Danny Ocean in “Ocean’s Eleven” and its sequels, won’t need to mastermind any sort of scheme to take home the Kennedy Center award. The 61-year-old actor-director, has won two Academy Awards — for best supporting actor in “Syriana” and as a producer of best picture winner “Argo.” “Growing up in a small town in Kentucky I could never have imagined that someday I’d be the one sitting in the balcony at the Kennedy Center Honors,” Clooney said in a statement.

Knight, 78, is the only one of this year’s honorees who has been a performer at the Kennedy Center Honors. In 2021 the eight-time Grammy winner sang Garth Brooks’ “We Shall Be Free” to honor the country music singer, who wiped at one eye and blew kisses at her after her performance. Knight said she never expected to be on the other side of the stage. When she learned the Kennedy Center wanted to honor her, she said, her response was, “What?”

“I just could not believe it, and so here we are,” she said in an interview. “I love the fact that they thought of me. I don’t take none of that kind of stuff for granted,” she said.

Six-time Grammy winner Grant has already had a big year. Her daughter Millie, who inspired her 1991 hit “Baby Baby,” gave birth to a daughter, Penelope Willow. The Christian music star has two other grandchildren through the daughter of her husband, country musician Vince Gill.

Composer and conductor León has worked with the Kennedy Center a number of times — so, she said, she didn’t think it was “anything spectacular” when she got an email setting up a call. She was stunned into silence when she was told the center wanted to honor her.

León, 79, said it’s the second time she’s been “a little bit like paralyzed” by a phone call. The other was the call to tell her she won the 2021 Pulitzer Prize in Music for her orchestral work “Stride.”

Born in Havana, León is a founding member of the Dance Theatre of Harlem and has been a guest conductor with orchestras around the world. León said she’s currently at work on a short solo piece that will premiere next week and an orchestral piece, among other things. She’s happy to be busy, she said, explaining that her mantra is “We are going to be dead for a long time.”

“We have to live to the fullest and do the best that we can while we are alive,” she said.