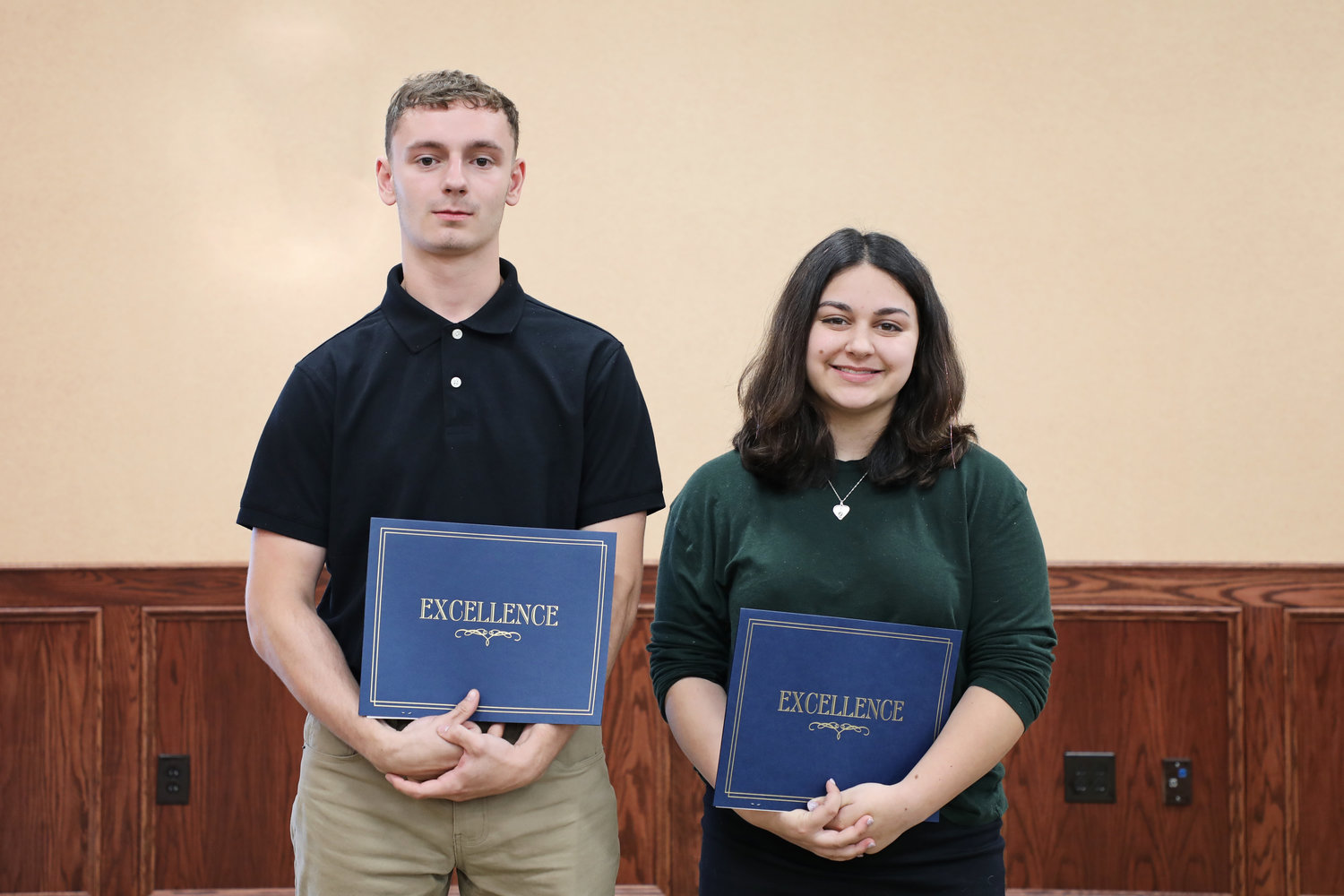 NEW HARTFORD — Caleb Jeff, a senior at Waterville High School, and Alyssa Spina, a senior at Whitesboro High School, were each awarded a 14th annual Kathleen A. Clements Scholarship from the Oneida-Herkimer-Madison BOCES School and Business Alliance during a recent ceremony.

The $500 awards were given to Jeff and Spina based on their hard work, participation in the School and Business Alliance program, commitment to learning, letters of recommendation and an ongoing desire to be of help to their community, according to a BOCES announcement.

While working toward his Regents diploma, Jeff has excelled academically studying both animal and veterinary science, the announcement said.

He job shadowed a civil engineer at the Utica State Office Building during his SABA career exploration and noted in his scholarship application essay that learning is crucial to his continued growth and development.

Outside of the classroom, Jeff played basketball, participated in Waterville’s Summer Youth Program and has a part-time job. He will continue his education in the criminal justice field with the hopes of pursuing a career in law enforcement.

Spina is committed to excellence in both her academic and extracurricular activities, the announcement said, adding that she has taken college level courses to prepare for higher education, is a member of the National Honor Society and works part-time. She is devoted to her musical interests as a violinist, president of the Whitesboro High School Orchestra and participant in the Zone 4 Area All-State Festival. In her scholarship application essay, Spina noted her appreciation for her District’s partnership with the OHM BOCES Regional Program for Excellence, where she interned in music education at New York Mills High School. The Kathleen A.
Clements Scholarship was founded in 2008 to honor the memory of Kay Clements, former School and Business Alliance director at the OHM BOCES.

Clements served in this position from 1991 through 2008 and dedicated herself to two concepts: showing students they could go further than they originally thought they could, and demonstrating that school and business partnerships are the most effective way to ensure the Mohawk Valley has a talented pool of qualified professionals, according to the scholarship announcement.