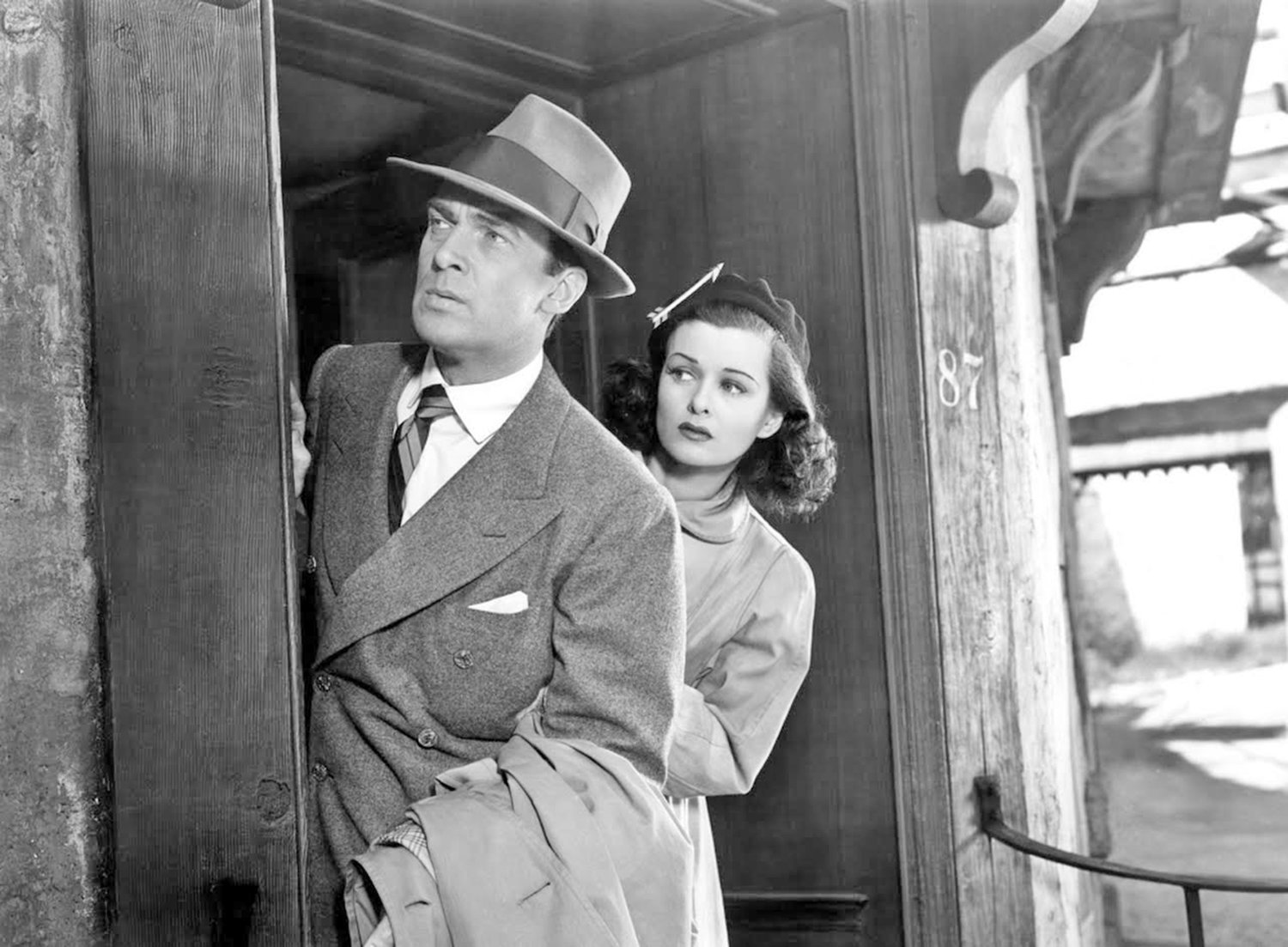 “Man Hunt” was directed by Fritz Lang and is the first of the Austrian native’s four anti-Nazi films. Set just prior to World War II, the plot follows big-game hunter Captain Thorndike (Walter Pidgeon). Hunting in the Bavarian forest, he stumbles upon Adolf Hitler’s vacation residence and ponders an assassination, but is soon discovered by guards.

Later, onboard a steamship bound for England, Thorndike has his identity stolen by a smooth-talking con man (John Carradine).

But both men are impacted when enemy agents begin their hunt for the would-be assassin in the U.K. Also in the cast are George Sanders, Roddy McDowall (in his first Hollywood role), Heather Thatcher, and Frederick Worlock.

Considered controversial at the time of its release, “Man Hunt” was believed to be so pro-British that it influenced citizens of the still-neutral United States to sympathize with the Allies during World War II. Film censor Joseph Breen was alarmed by its script, referring to it as a “hate film” that depicted all Germans, even those not associated with the Nazi Party, as evil. Censors agreed to allow the film’s release only if certain torture scenes were visually excluded, though they could be insinuated.

“Man Hunt” runs 110 minutes and admission to the show is $7; $6 for seniors ages 62-plus, students, and military; $5 for Capitol “Friends;” and $3 for children ages 12 and under, and those registered for any portion of Capitolfest.