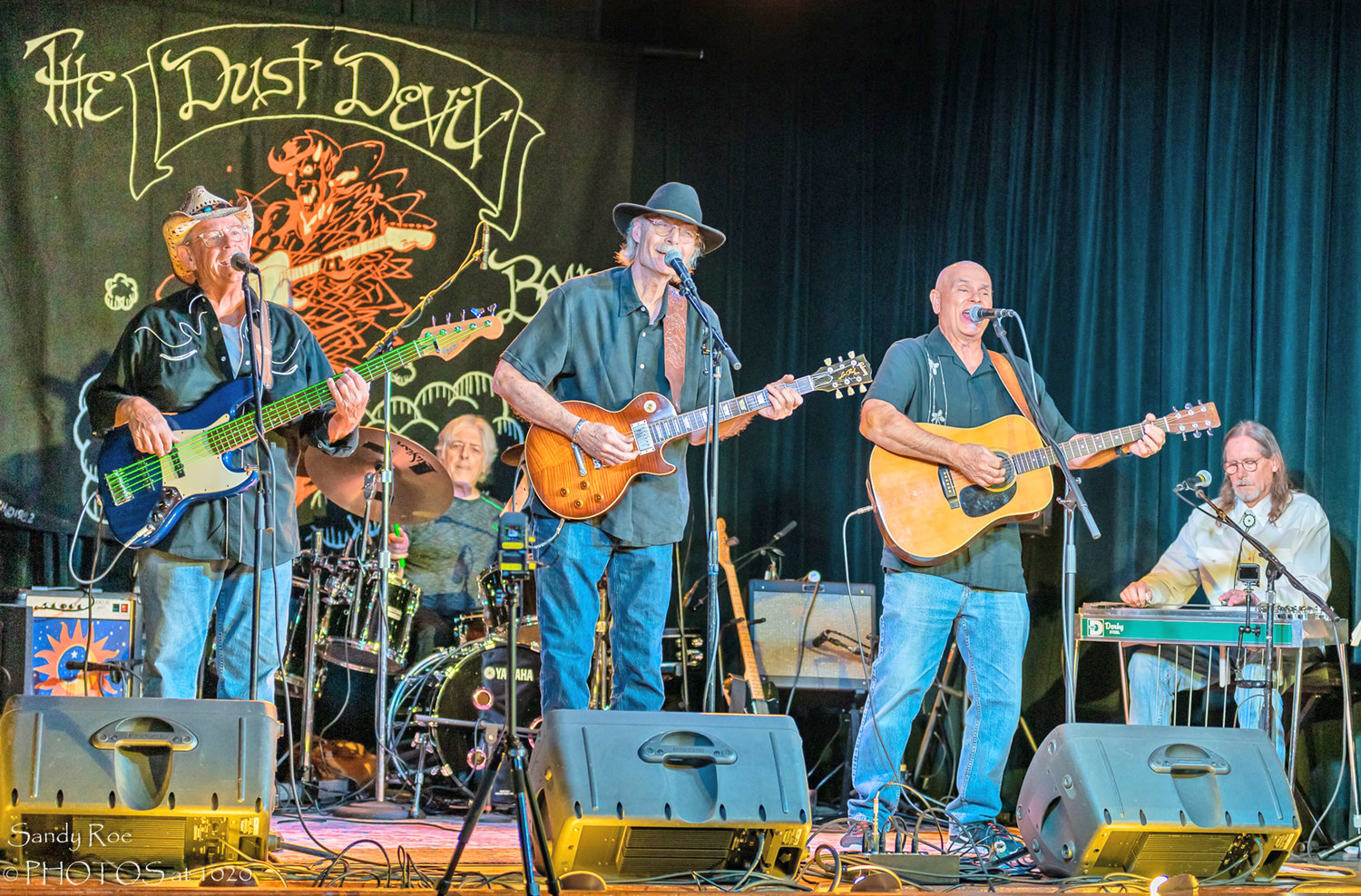 BARNEVELD — Unity Hall is inviting local residents to come celebrate the new year in a COVID-safe way by joining The Dust Devil Band for a New Year’s Eve party and concert starting at 10:45 p.m. Thursday, Dec. 31 at www.unityhall.com.

The Dust Devil Band’s veteran musicians are long-time fans of Unity Hall’s historic performance space. A part of CNY’s musical history, DDB has a style that originated from the Waylon and Willie genre of Outlaw Country music. Over time, the band has emerged with a unique sound blending blues, southern rock, Americana, and alternative country.

“We are so excited to be performing again,” said band member Ed Rosenburgh. “Due to the pandemic, we have been forced to cancel all gigs since March 2020. Playing music together on stage at Unity Hall, even without a live audience, is a gift.”

Unity Hall’s Virtual Concerts are free and each musician is compensated for their performance with support from a grant provided by CNY Arts. Unity Hall encourages online audience members to make donations through their “virtual tip jar” where proceeds go to each week’s performer.

The free New Year’s Eve performance starts streaming at 10:45 p.m. at www.unityhall.com and will end at midnight. The concert will be viewable until Jan. 14.

This event is presented by the Unity Hall Foundation, a not-for-profit organization founded in 1995 to maintain the 1896 Hall as a center for the arts and community activities.