The lodging site is expected to provide an economic boost to Sylvan Beach area, as well as create a place visitors want to return to... 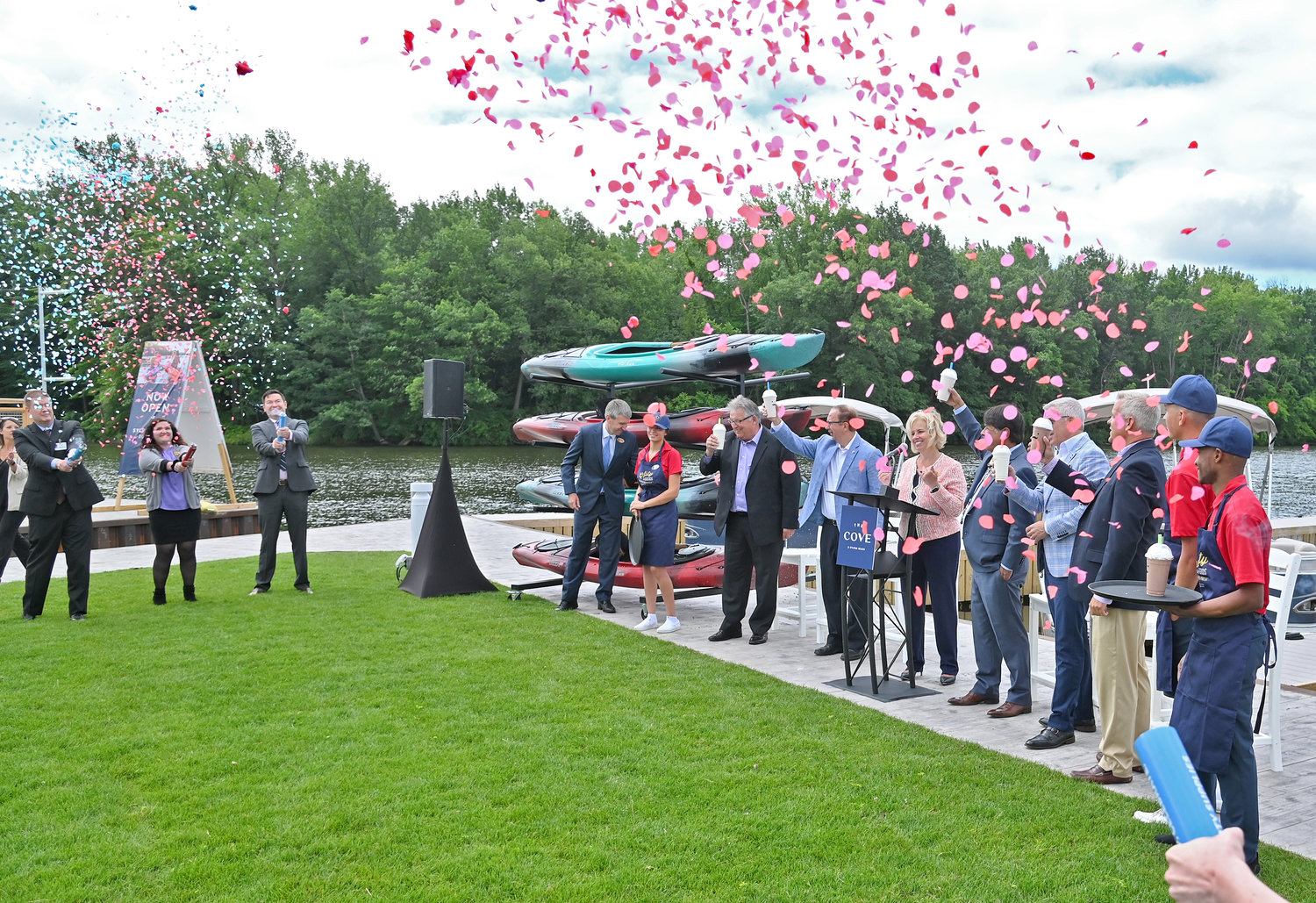 Officials celebrate the grand opening of The Cove in Sylvan Beach on Tuesday.
(Sentinel photo by John Clifford) 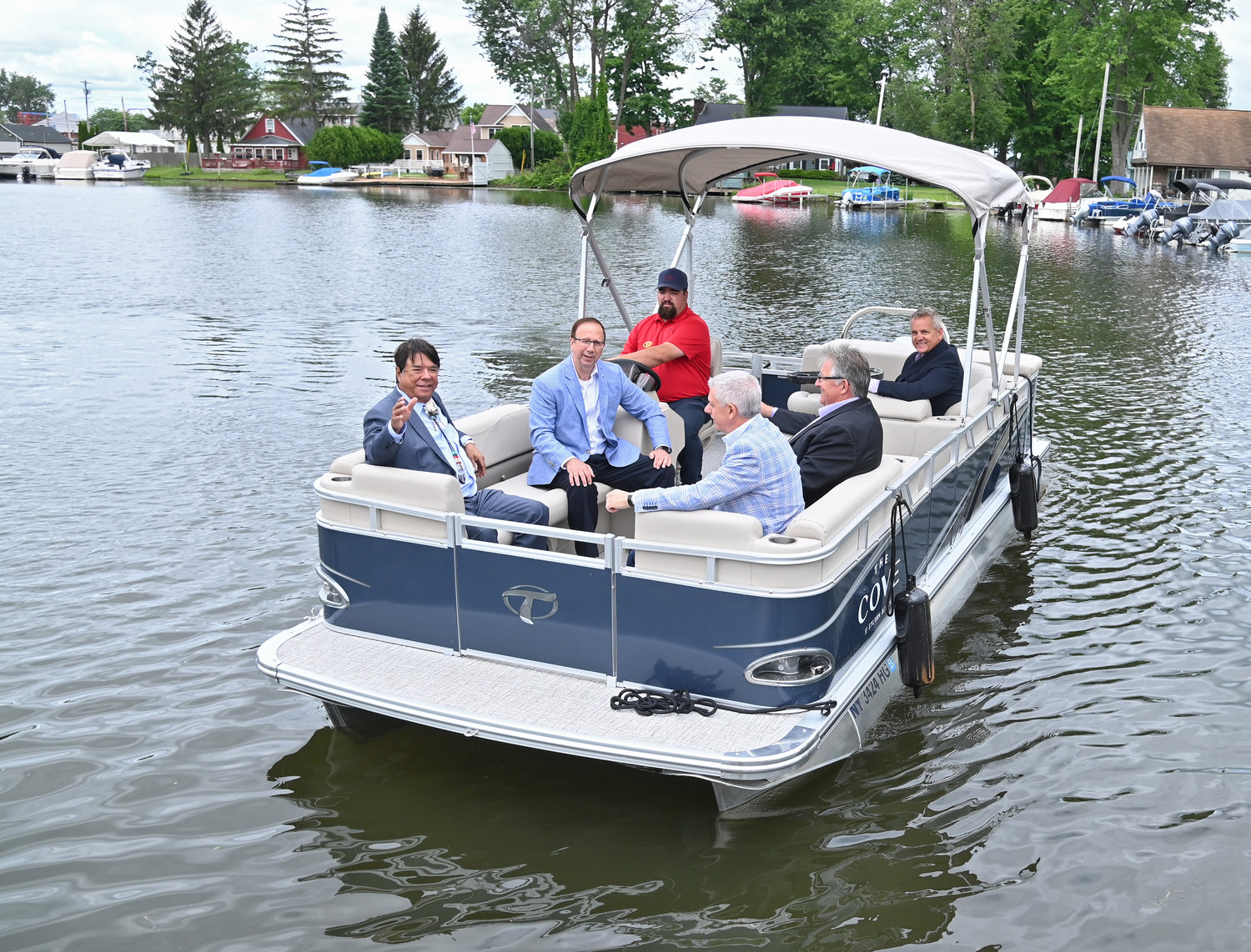 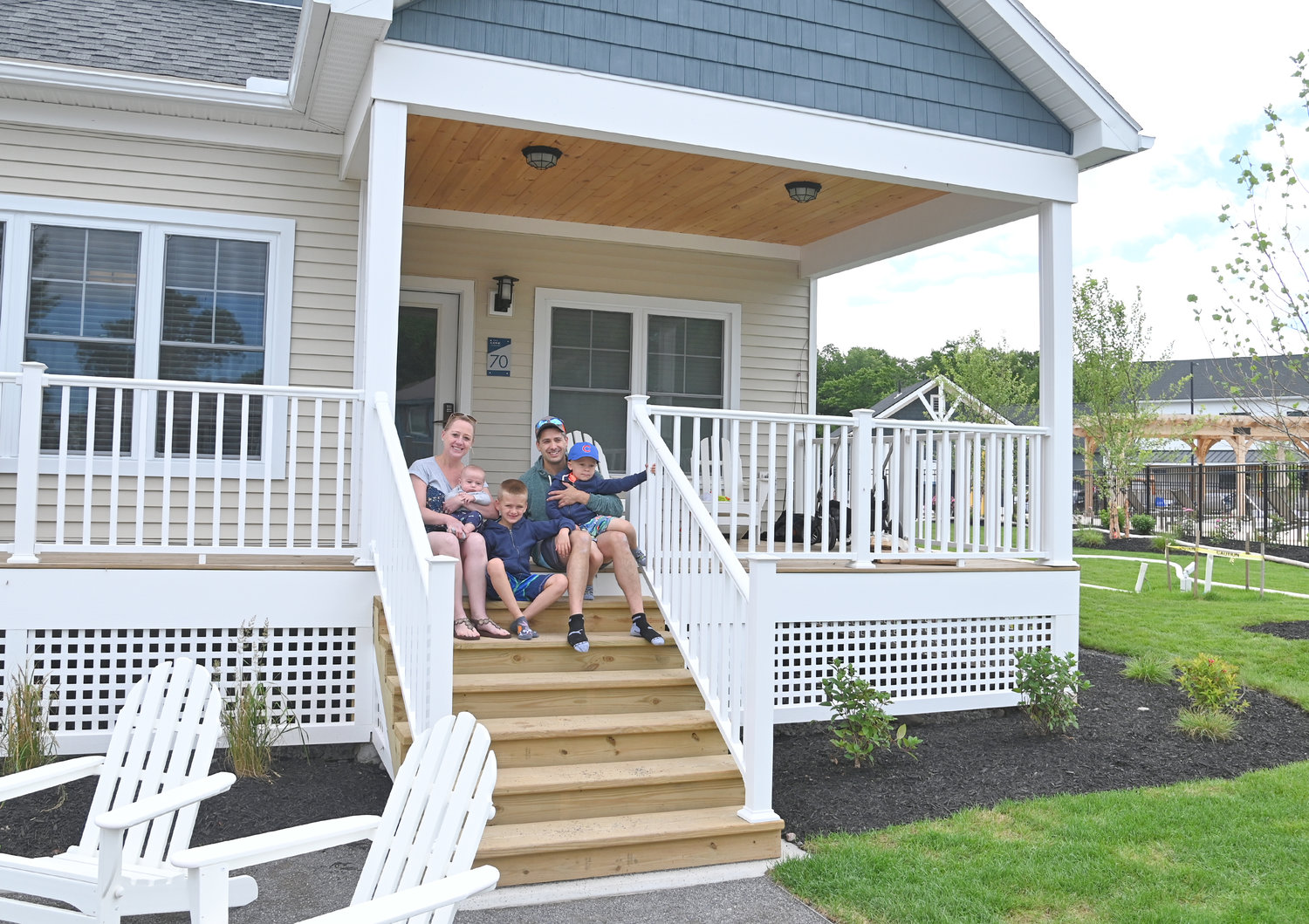 The Barry Family- Left to right- Aileen holding 4-month-old Evan; Dean, 7, and Scott holding Owen, 4. They were the first ones to rent a cottage at The Cove and they are from New Jersey.
(Sentinel photo by John Clifford) 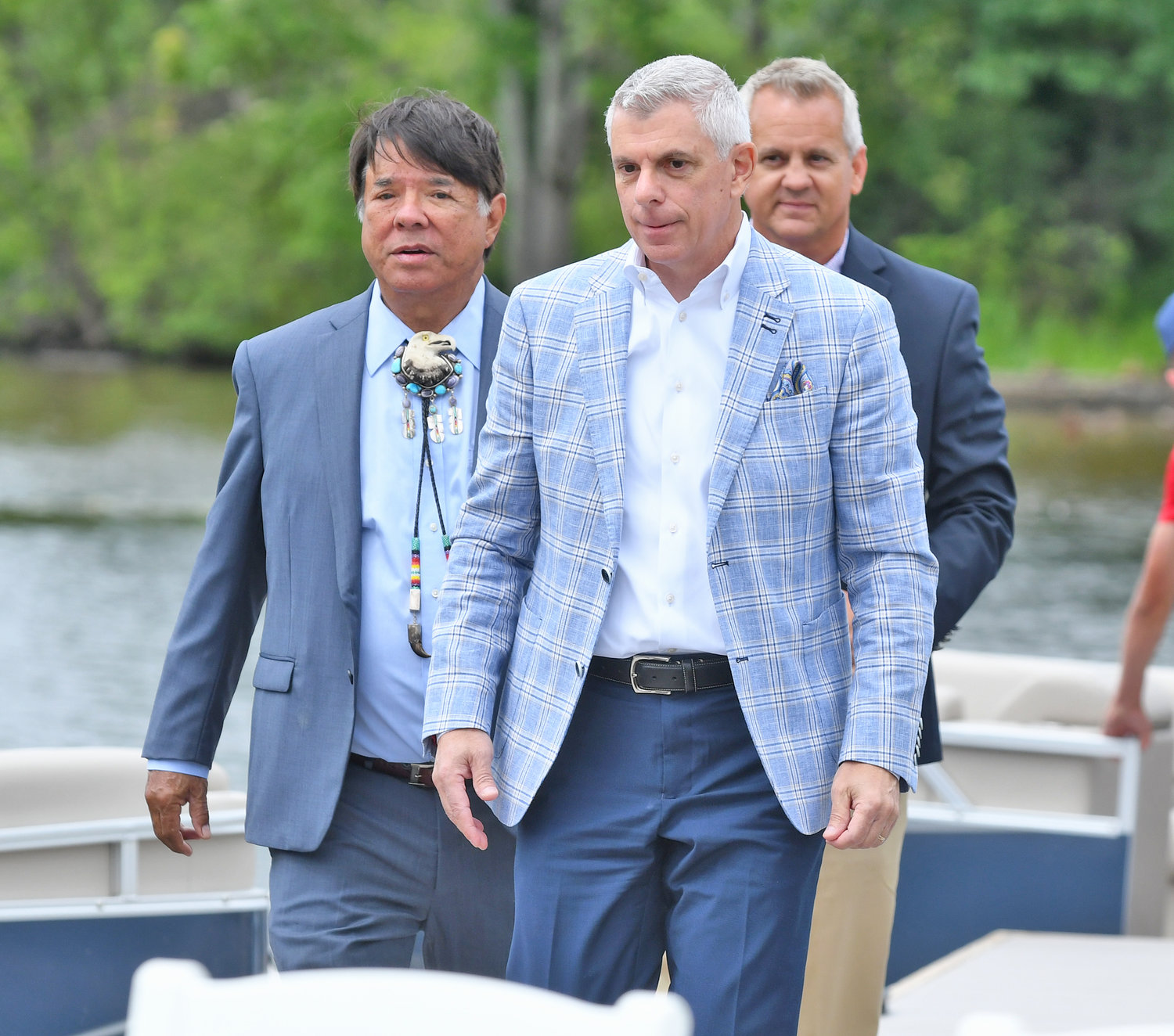 Halbritter and Picente walking on the dock to The Cove grand opening ceremony.
(Sentinel photo by John Clifford) 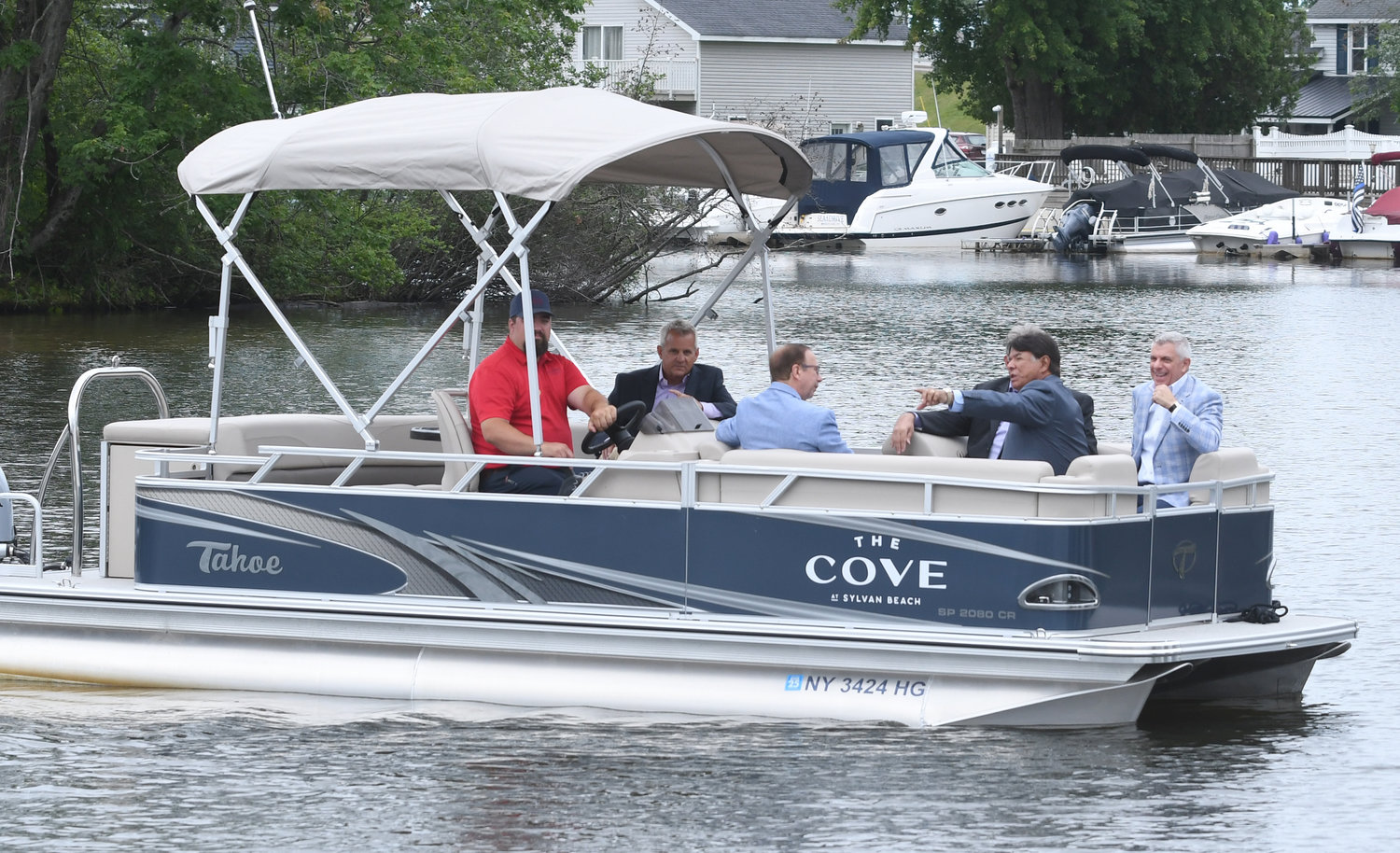 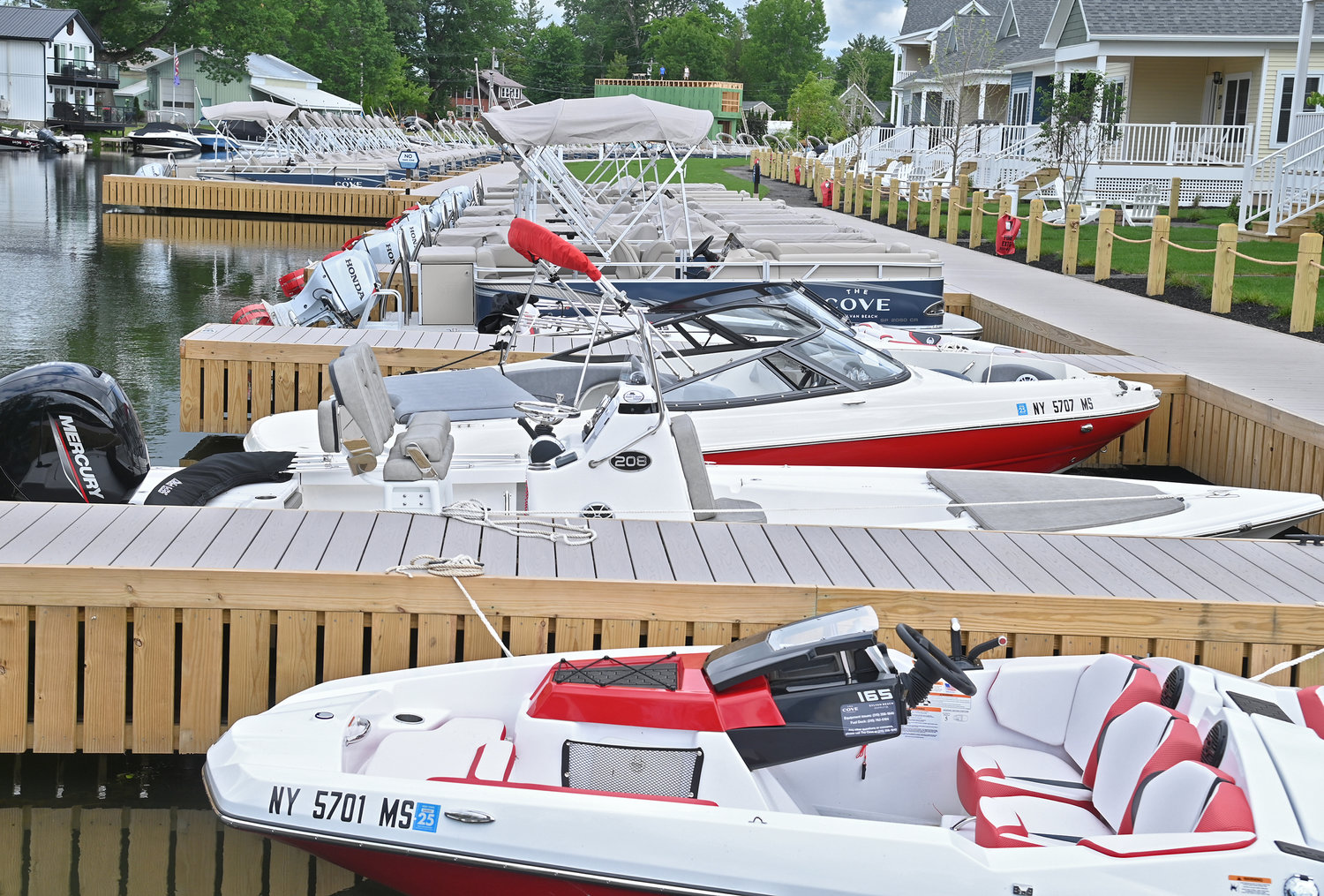 Boats and party barges lined up for rental at The Cove.
(Sentinel photo by John Clifford) 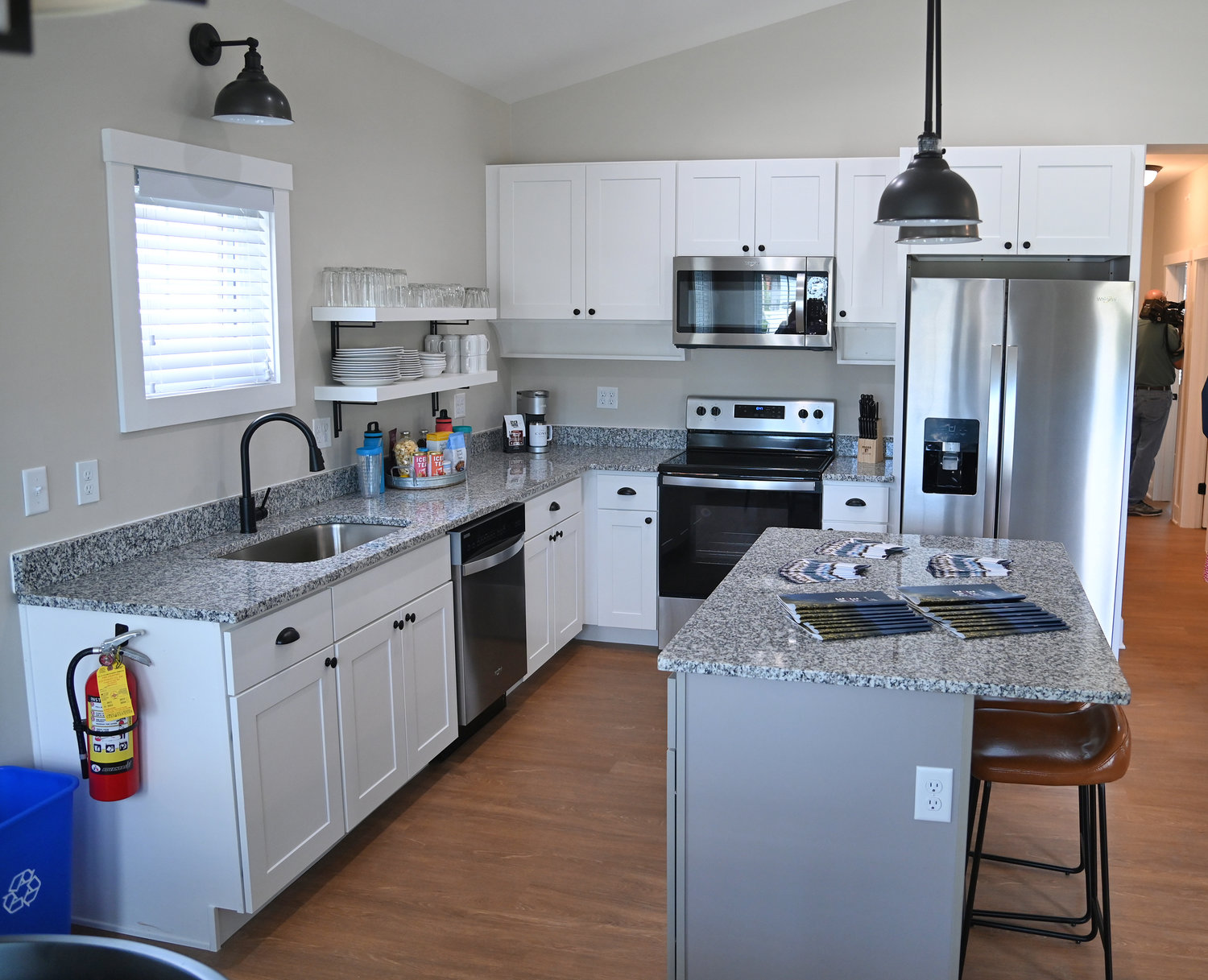 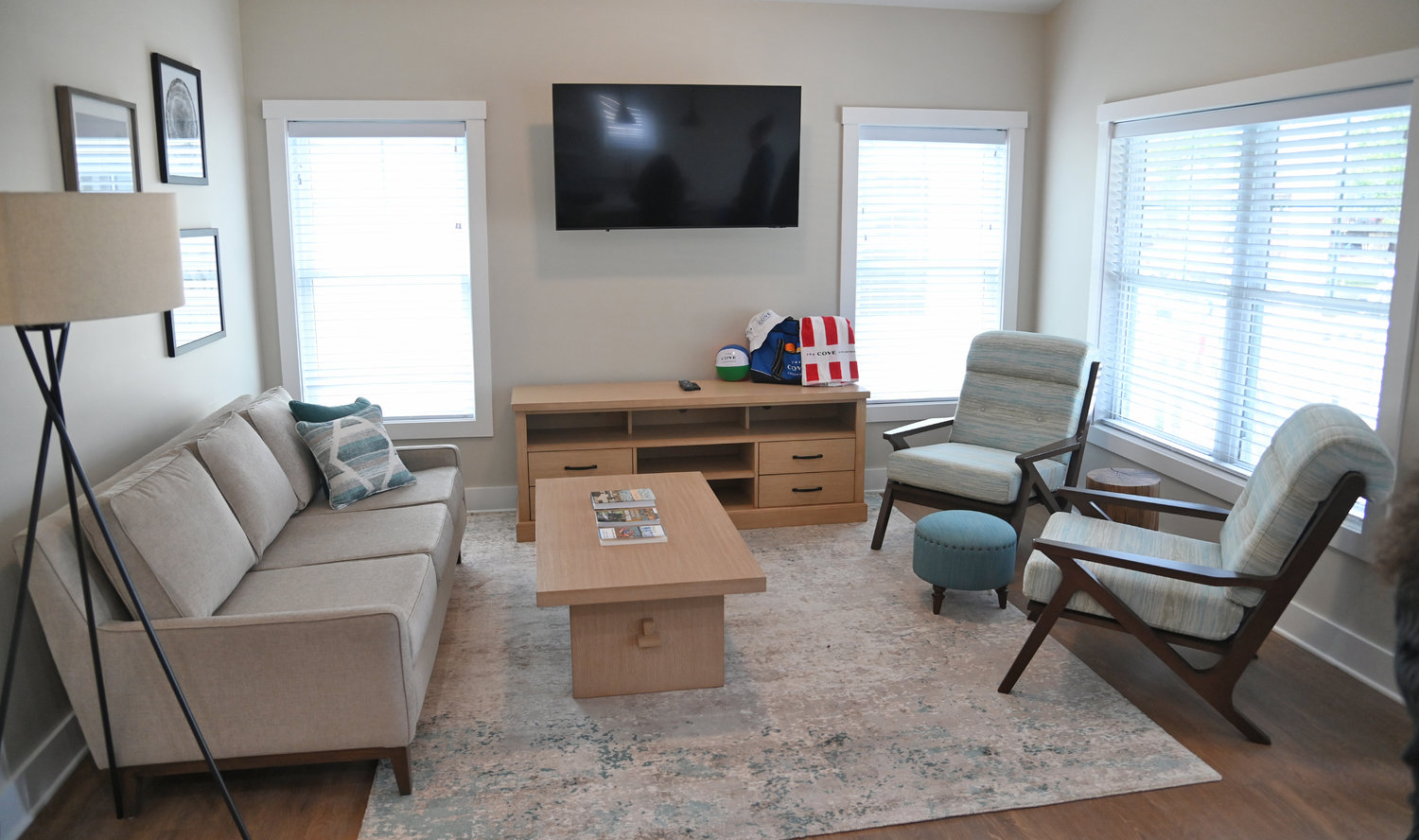 Living room of one of the rental cottages at The Cove
(Sentinel photo by John Clifford)
Previous Next
Posted Wednesday, June 29, 2022 6:30 am
Jolene Cleaver
Staff writer
email / twitter

SYLVAN BEACH — At the grand opening of The Cove vacation rental destination, which is the latest tourism offering from Oneida Nation Enterprises, the idea of creating not only regional economic strength but also contributing to making Sylvan Beach and the surrounding area a place visitors want to return to was front and center.

“Designed for weeklong summer getaways with friends and family, The Cove is a brand-new $35 million vacation rental destination on Oneida Lake in Upstate New York, the largest lake in the state, featuring 70 contemporary and beautifully appointed two- and three-bedroom lakeside cottages and an extensive list of world-class amenities. Each cottage rental includes its own personal pontoon boat,” notes a synopsis of the project.

Inside the cottages are full kitchens in addition to creature comforts such as built-in bunk beds with privacy curtains.

The Cove’s lakeside cottages are dog-friendly and available for weeklong rentals during the summer season and include: Pontoon boats, dedicated boat slips, personal fire-pits and gas grills, in-cottage kitchens and other essentials.

The venue will not only stimulate the economy but help visitors establish memories, Halbritter said of the all-season tourist destination. “Today we take the next step in bringing this vision to life.”

Halbritter also noted that this summer, there are vacationers booked who will travel to the area from 20 different states.

One such family already enjoying their week-long stay were the Barry family from New Jersey.

“We’ve been enjoying it,” said Scott Barry from his cottage’s front porch.

His wife, Aileen Barry said when the family was looking for a vacation destination online, they learned about the project that is still under construction from a bunch of sketches.

Also at the event were local elected officials who spoke to the strong partnerships that made the project possible.

Picente spoke to the growth and economic impact that has taken place in the last two years, despite the coronavirus pandemic. “We just keep moving forward. We keep growing,” he said, also noting that projects such as The Cove allow people to see what happens when the community works together;

Griffo spoke to the rich history Sylvan Beach has as a gathering place and added that even “better days are ahead … This opportunity is so important.”

Sullivan said he has lived in the village his entire life and chose to do so because of the welcoming vibe of the community.

More on the project

During the planning phase of the project, the Oneida Indian Nation purchased the former Mariner’s Landing Mobile Home Park several years ago, and issued a notice to its occupants in 2019 that they had six months to relocate.

Occupants were month-to-month tenants and the lease called for 30 days notice. The Oneida Indian Nation didn’t charge occupants for the last month’s rent and offered to help many of the residents move.