LIFETIME HOME — Gerrit Smith helped hundreds of Black slaves by purchasing their freedom and arranging safe passage. His home now serves as a historic landmark and is open to the public.
(Photo submitted) 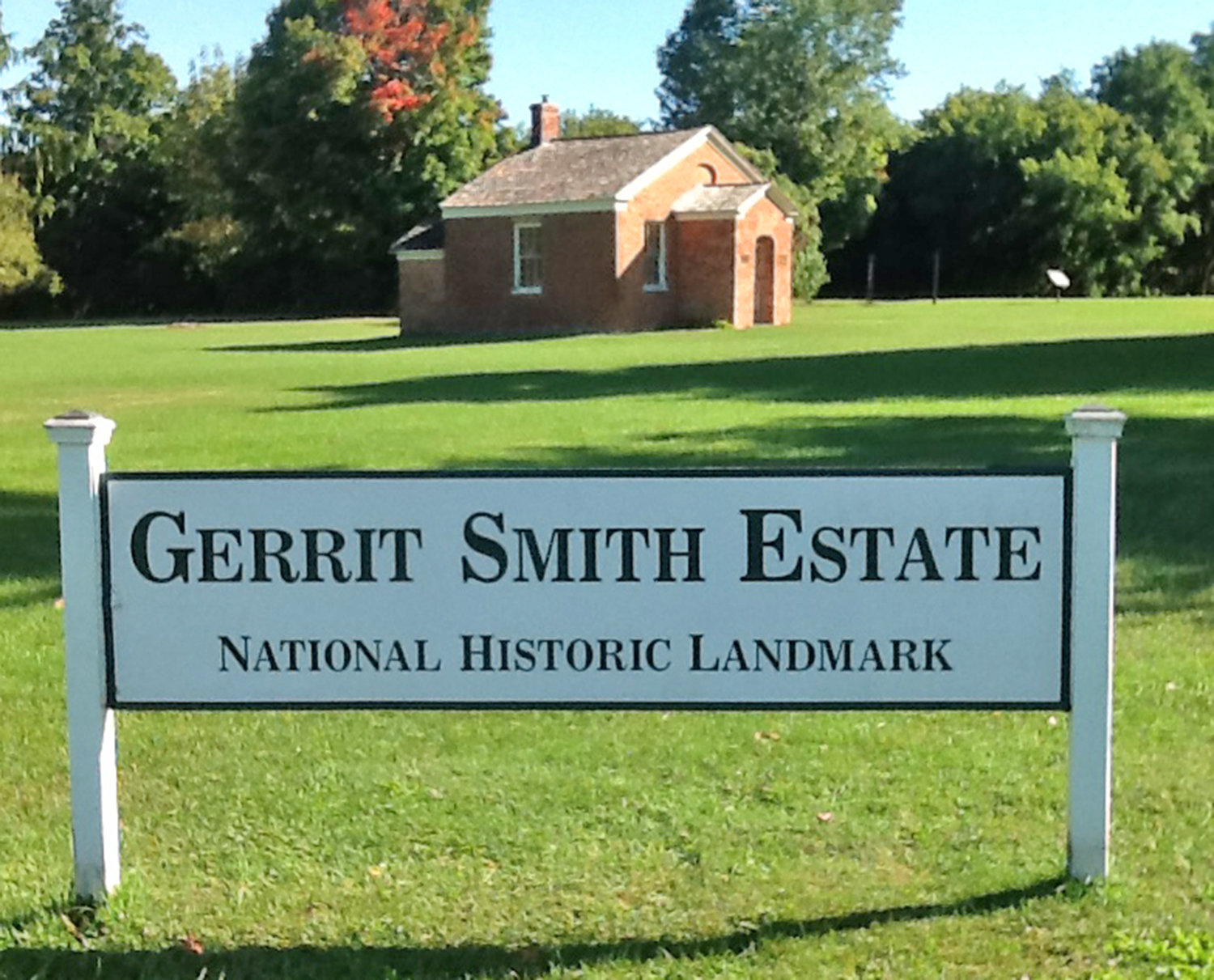 HISTORIC LANDMARK — The Gerrit Smith Estate was the lifetime home and office of Gerrit Smith. Born in 1797, Smith was driven by his progressive ideals and empowered by his wealth to champion the abolition cause.
(Photo submitted)
Previous Next
Posted Tuesday, January 18, 2022 1:30 pm

WASHINGTON, D.C. — Congresswoman Claudia Tenney, R-22, recently delivered remarks on the floor of the House of Representatives recognizing the historical importance of Peterboro in Central New York to America’s abolitionist movement, and highlighted a visit to the home of Harriet Tubman in Auburn.

Tenney joined Rep. Burgess Owens in telling the stories of America’s abolitionist heroes, like Gerrit Smith of Peterboro. Smith was an abolitionist who spent nearly 40 years using his wealth and property to guide formerly enslaved persons to freedom. Tenney and Owens visited the Gerrit Smith Estate National Historic Landmark and the National Abolition Hall of Fame and Museum in Peterboro in October.

Tenney and Owens also recounted their visit to Harriet Tubman’s home and shared their admiration for Tubman, whose accomplishments and legacy as an abolitionist and suffragette continue to live on.

“It is important to tell Gerrit Smith’s and Harriet Tubman’s stories. Now more than ever, we must understand our shared history and learn from those who came before us,” said Tenney. “Our Great Nation was founded on the promise that all men are created equal, that they are endowed by their creator with certain unalienable rights. Among them life, liberty and the pursuit of happiness. Yet in the earliest days of our nation’s founding, it is clear we failed to live up to our ideals. We failed to end the slave trade or to free those who were tied down in bondage.”

“While this grave mistake will forever be a part of our history, so too will the courageous stories of Gerrit Smith, Harriet Tubman and so many more Americans of different races, creeds, and religions who fought for a better America, as we all do today. The way to improve this nation is not to cynically tear down our institutions or erase and rewrite our history, but rather to take inspiration from the ideals of our founding and those who persevered with great courage to fight for a better future,” she added.

“The Gerrit Smith Estate National Historic Landmark was home to Gerrit Smith, the wealthiest landowner in New York, who used that wealth to support human rights. His benevolence created a well-known safe sphere in Peterboro for fugitives from slavery. His influence brought the nation’s leading abolitionists to Madison County,” Urtz and Willsey continued.

“The National Abolition Hall of Fame and Museum is situated in the 200-year-old Smithfield Community Center, the site of the completion of the inaugural meeting of the New York State Anti-Slavery Society in 1835. Madison County is proud of its contributions to our state and national history.”