Decision in 22nd District unlikely until more than 68,000 absentees ballots are counted 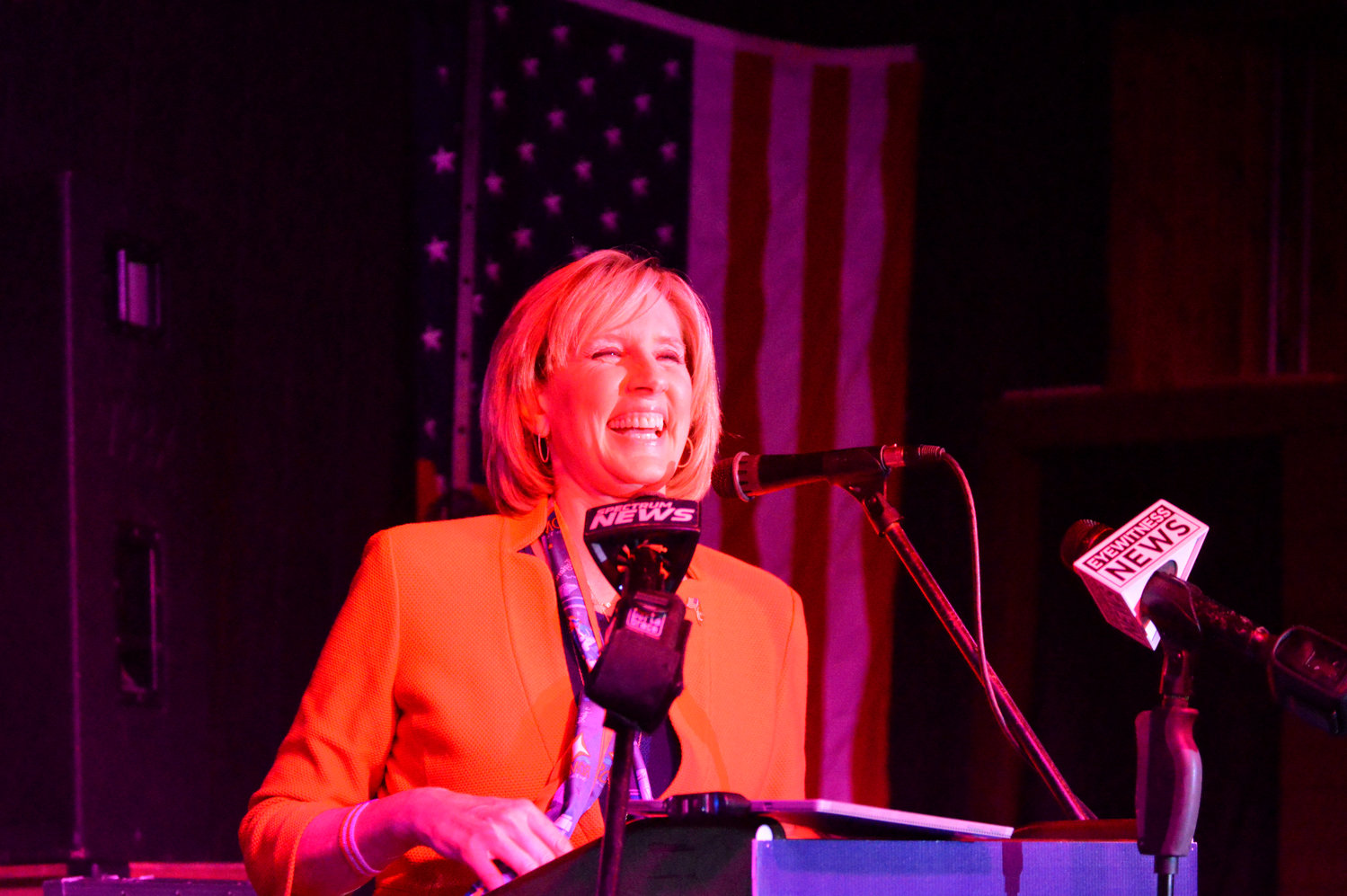 ALL SMILES — Republican congressional candidate Claudia Tenney is all smiles as she talks to supporters at Nothin’ Fancy Cafe in Vernon on Tuesday night’s Election Party.
(Sentinel photo by Kenny Kudrewicz) 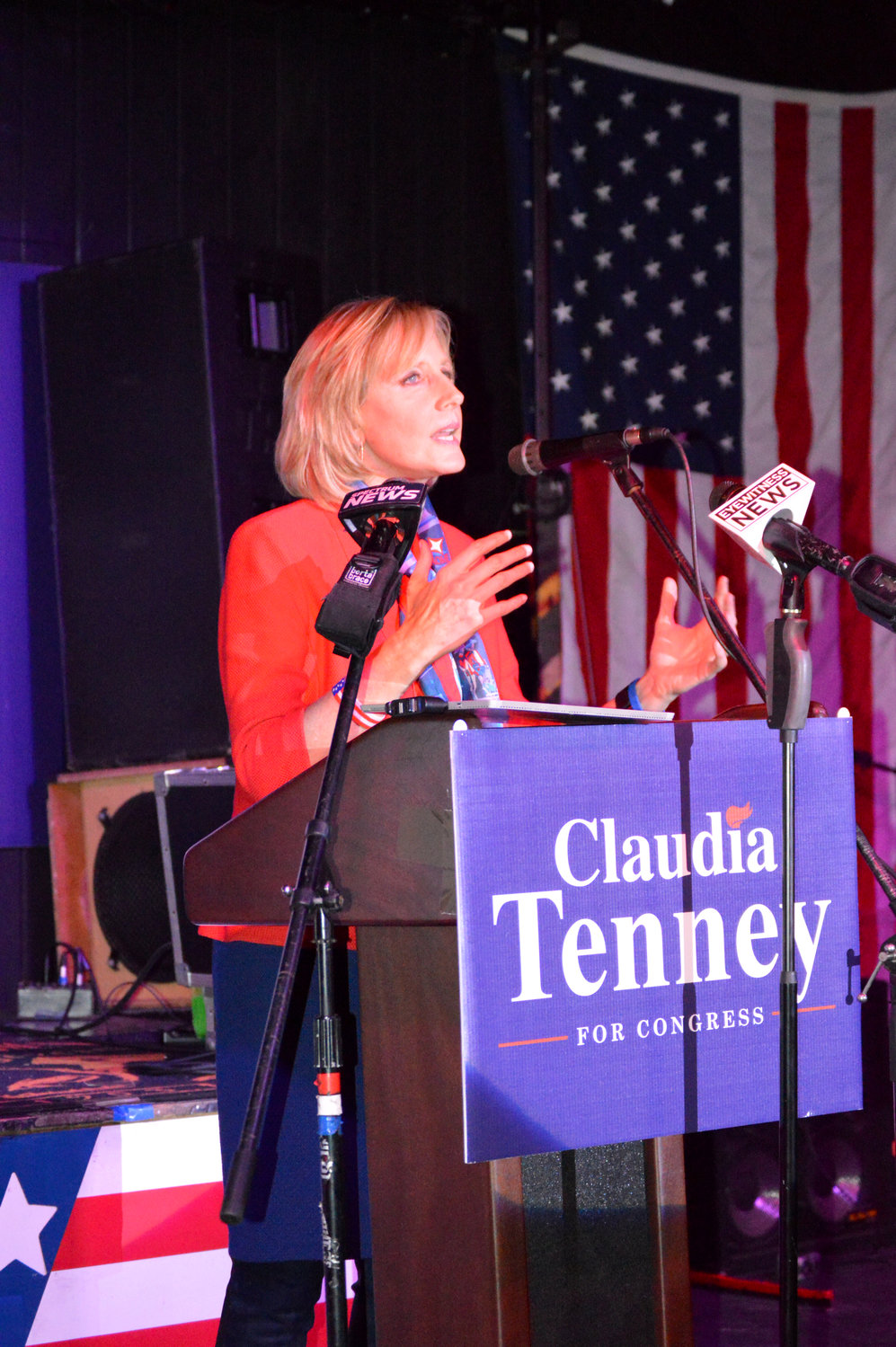 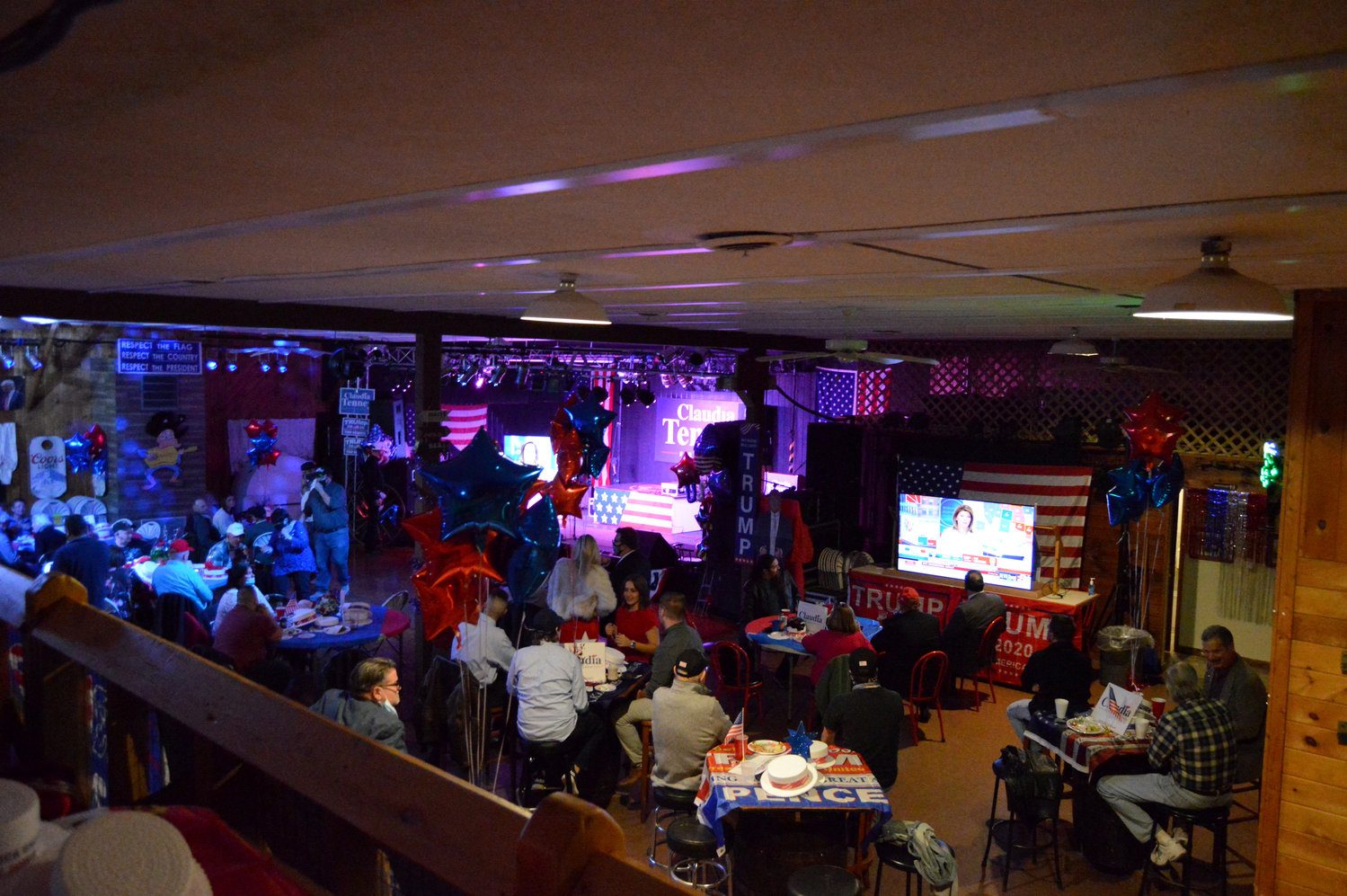 Former Republican Congresswoman Claudia Tenney led incumbent first-term Democrat Anthony Brindisi in a rematch for New York’s 22nd Congressional
District after Election Night but there was no clear winner with large numbers of absentee ballots out in the sprawling district.

Brindisi spoke to supporters and media via Facebook Live from his home in Utica, with his wife and children and said that the outcome is not likely to be known until the absentee ballots are counted, which is not scheduled to begin until at least late this week.

“What’s clear is that with over 68,000 absentee ballots in this district requested, we’re in for a long night and likely a long couple of weeks,” Brindisi said.

“Regardless of if you’re a Democrat, a Republican, an Independent, if you voted for me or not, we are all Americans first. As the count continues, we are in for a long couple of weeks. It is important that the people of NY-22 have their voice heard and send a representative to Congress who shows up, works with both parties, and stands up to anyone on behalf of this community. It is the honor of a lifetime to serve you in Congress,” the Utica Democrat said.

Tenney expressed optimism but acknowledged that many absentee votes are yet to be counted as she spoke to supporters gathered in Vernon, where she said she was wearing a scarf from the Rome Chamber of Commerce, and noted historic events in Rome, such as the start of the Erie Canal and early industry.

Tenney led in Oneida County in early voting and Election Day voting, 55 to 44%.

In other counties, Brindisi led Broome County, which with Binghamton is the other population center in the district, by not quite 50% to 45%.

The 22 District covers all of Oneida, Madison Chenango and Cortland counties, and parts of Oswego, Herkimer, Broome and Tioga counties, with Utica, Rome and Binghamton the largest population centers.

Neither party has a majority by enrollment, but Republicans hold a 38% to
nearly 32% advantage over Democrats.