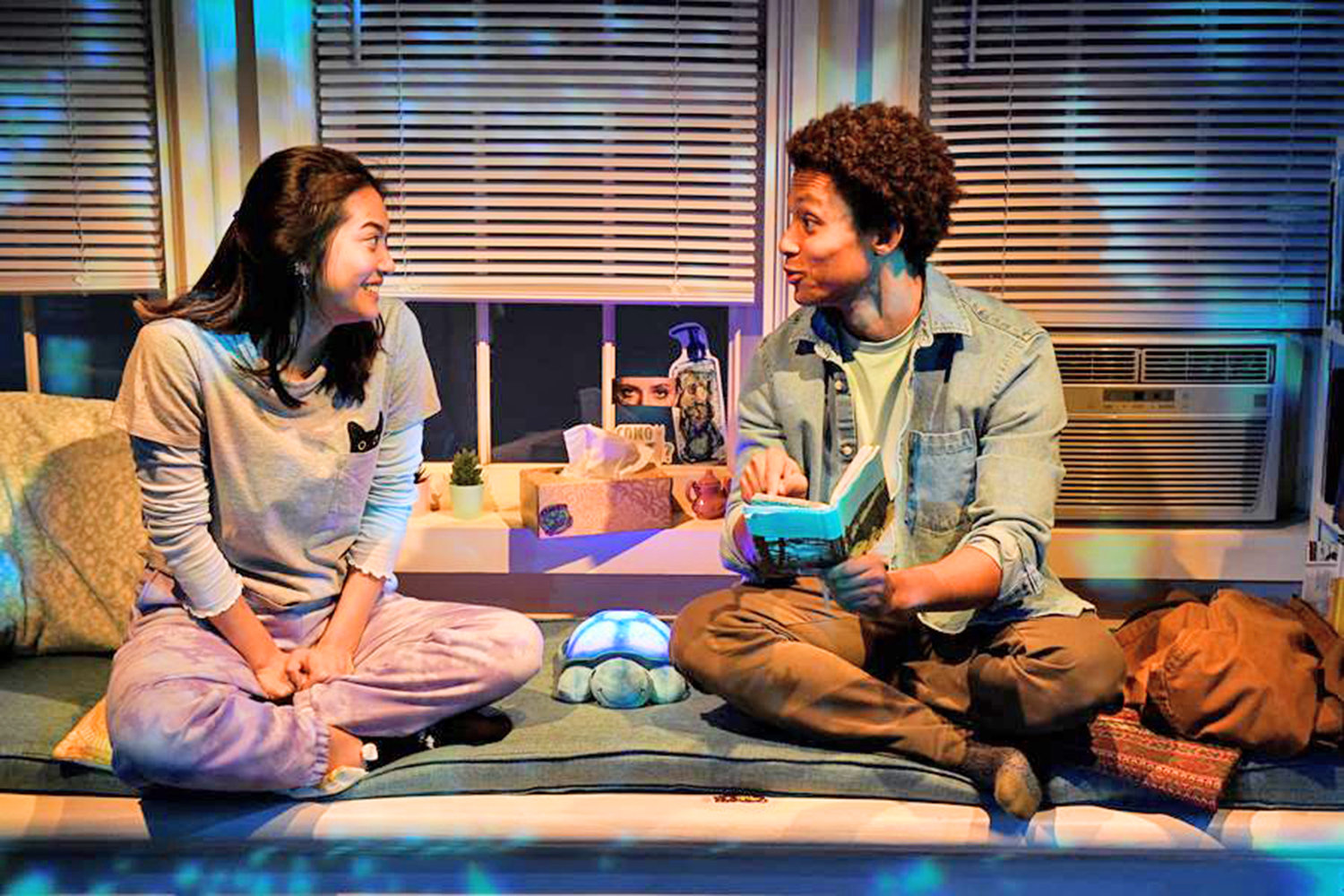 SYRACUSE — Syracuse Stage
announced plans to resume live and in person performances in the 2021-22 season.

Starting in October, the theater will present a six show subscription season and offer a full schedule of educational, family and community-related programming, including the continuation of the Cold Read Festival of New Plays.

Six play subscriptions will be on sale in July. Single tickets will go on sale closer to the opening of the season.

“This is more than a return to ‘normal.’ Over the past year we’ve engaged in a field-wide conversation about the work we create and produce,” said Artistic Director Robert Hupp.

“We’ve looked at how the work is created, who creates the work and who the work is created for. We emerge from the pandemic with a renewed passion for our craft and a new commitment to making a positive and sustained contribution to the cultural and civic life of Central New York.”

In reopening, the theater management pledges strict adherence to the most up-to-date Covid safety protocols in order to protect patrons, artists and staff.

From backstage hijinks to events unfolding literally down the street from Syracuse Stage to the trials and triumphs of a very remarkable little girl, the season celebrates reuniting to enjoy engaging stories, fascinating characters, exciting performances and great entertainment.

“Our new season is uplifting. We wanted to craft a season that celebrated our return to live performance,” Hupp said.

“We also wanted to explore the world as it emerges from this unprecedented time. We do so with humor and with music. We also celebrate new voices on our stage—voices that we believe have relevance for right here and right now. We’re creating new ways to connect with Syracuse Stage and we invite everyone to share this journey with us.”

Hupp is slated to direct two plays in the season including the season opener “Eureka Day.” A private day school in Berkeley, Calif. becomes a microcosm of our larger society as Jonathon Spector’s comedy plunges headlong into the knotty issues of vaccines and how we measure private preference against public health and how we decide who gets to decide.

Later in the season Hupp takes on a comic cautionary tale of what can happen to a theatre company’s best laid plans with “The Play That Goes Wrong.”

In this award-winning comedy, the Cornley Drama Society attempts to mount a 1920s murder mystery and falls prey to a variation of the old adage: everything that can go wrong will go wrong and in the most humorous way. Laughter for the sake of laughter and theater just for the fun of it.

“Personally, I can’t wait to get back in the rehearsal room,” Hupp said. “I’ve enjoyed directing online, and I’ve learned a lot in this process. But nothing can replace the joy of making a production with actors and a creative team that will be experienced by a live audience in a shared space. This shared experience is something we all need—it’s something we crave. I don’t think we’ll realize how much we’ve missed it until we’re back together again in the Archbold Theatre.”

The return to live and in person performance also signals the return of a holiday tradition at Syracuse Stage: the big family musical co-produced with the Syracuse University Department of Drama. For 2021-22 Hupp has selected “Roald Dahl’s Matilda The Musical,” and entrusted it to the same director, Donna Drake, and musical director, Brian Cimmet, as previous holiday shows “The Wizard of Oz,” “Elf The Musical” and “Disney’s Beauty and the Beast.”

This season Drake and Cimmet will be joined by choreographer Andrea Leigh-Smith.

Two premieres and the continuation of the Cold Read Festival of New Plays keep vibrant new work at the forefront of Syracuse Stage’s artistic programming. In 2018, Bass scored a hit with his mainstage debut production “Possessing Harriet,” a play rooted in a chapter of local history.

With “salt/city/blues,” he turns his gaze just down the block to consider how the construction of an elevated highway adversely impacted a once vibrant neighborhood while specifically focusing on the strains experienced by one family closely connected to the project. Resemblances to Syracuse’s 15th Ward and I-81 are intentional, if not literal. Gilbert McCauley, who directed the 2020-21 closer “’Master Harold’...and the Boys,” returns for the world premiere of “salt/city/blues.”

“The heart of‘salt/city/blues’ beats with the character, spirit, challenges, history and hopes of the city which has inspired me in its writing,” said Bass. “I’m thrilled that its world premiere at my artistic home is part of Syracuse Stage’s season of enriched focus on our communities and the meanings of home.”

In the new musical “Somewhere Over the Border,” that draws creative inspiration from a beloved Central New York story, Brian Quijada recounts the journey his mother made from El Salvador to the United States in the 1970s.

With fantastical elements suggested by L. Frank Baum’s “The Wonderful Wizard of Oz,” Quijada transforms his mother’s 2,700 mile journey into a musical adventure using songs in a range of musical styles including American rock, hip-hop and Mariachi. Part fable and part family history, “Somewhere Over the Border” is a testament to a mother’s determination and love.

Rounding out the season is the wry comedy “Yoga Play” by Dipika Guha, a piece that ponders such questions as: is there room for authenticity in a $10 billion industry, or can lavender scented yoga pants enhance spiritual well-being? Melissa Crespo who directed this past season’s “I and You” and the 2019 hit “Native Gardens” will be back at Syracuse Stage for this comedic gem.

Ongoing through the season there will be many opportunities to engage in conversations important to the community and to enjoy family oriented programming.

Los Angeles based artists and activists Mark-n-Sparks (Mark Valdez and ashley sparks) bring their innovative devised performance piece “The Most Beautiful Home . . . Maybe” to Syracuse Stage as part of their four city initiative to examine housing insecurity across the country.

Free performances of “The Faith of Our Fathers,” adapted by Bass from the 1965 televised debate between James Baldwin and William F. Buckley, will be offered when the theater reopens in the fall.

These special presentations augment the regularly scheduled talkbacks, prologues and lectures that accompany each mainstage production.

In addition, writer, interdisciplinary artist and Grammy Award-winner Ty Defoe joins the Cold Read Festival of New Plays in March 2022. Defoe is from the Oneida and Ojibwe Nations and has written plays, poetry and lyrics. A full schedule of Cold Read events will be announced at a later date.

The season promises an array of theater experiences for families and students. In the fall the Bank of America Children’s tour production of “The Girl Who Swallowed a Cactus” will perform outdoors at The Rosamond Gifford Zoo. Two Backstory productions, “Commanding Space” and “Citizen James,” resume live performances after the new year, and in the spring the sensational Doodle Pop from South Korea arrives for four performances in the Archbold Theatre. Continuing in 2021-2022 are theatre for the very young and the ever popular Young Playwrights Festival.

“After more than a year of creating innovative on-line work, we are thrilled to return to producing live theatre this fall,” Hupp explained.

“While many theaters across our country were forced to shut down during the pandemic, Syracuse Stage was fortunate to stay artistically active. The knowledge and experience we gained puts us in a strong position to hit the ground running with a season of dynamic and meaningful theatrical experiences.”