"Most of the fire was right in the living room area. The cause is under investigation," said Rome Fire Chief Thomas Iacovissi at the scene. 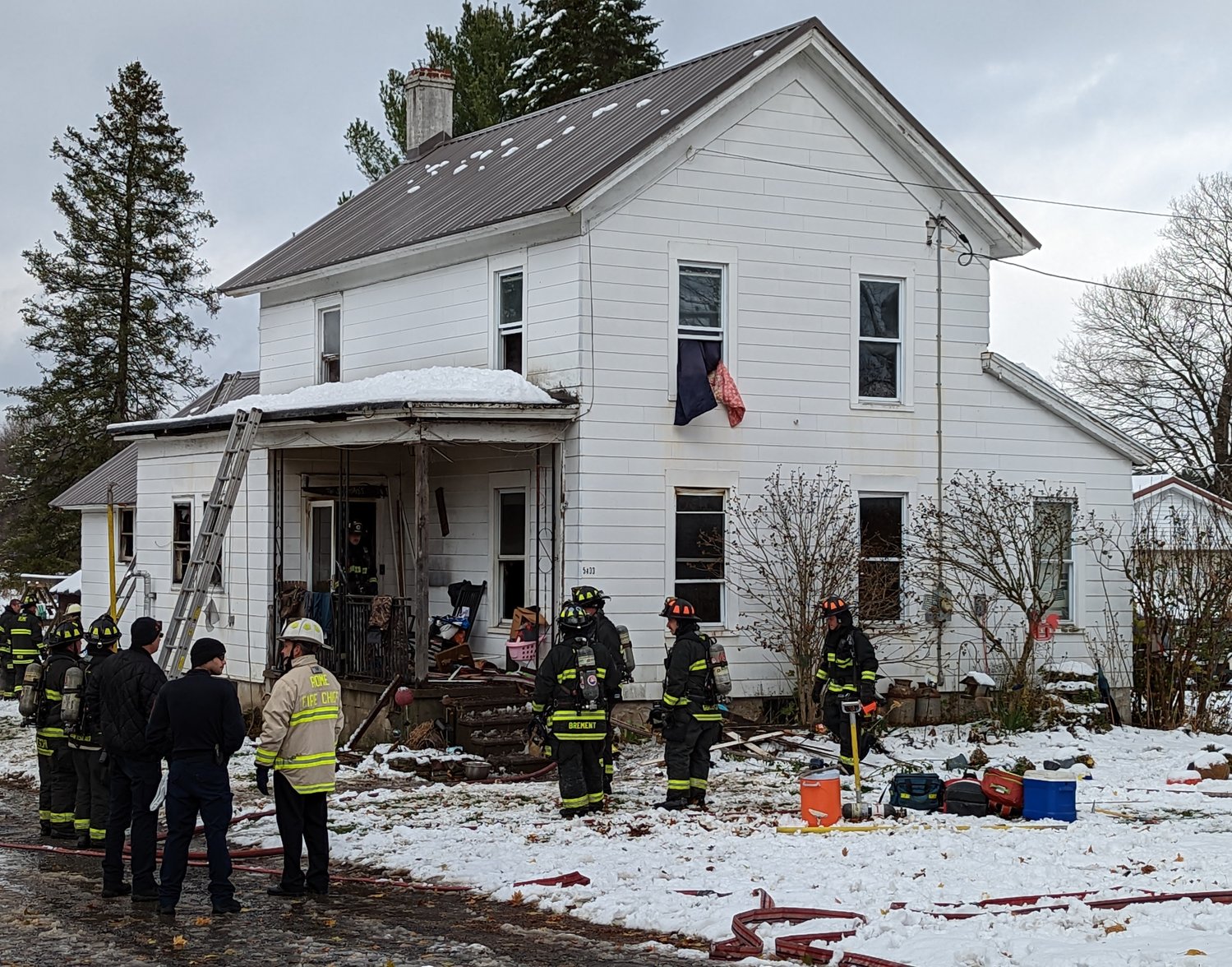 Three dogs were killed in this house fire on Hoag Road in Rome's outer district Thursday morning, according to the Rome Fire Department. The fire is believed to have started in the living room on the first floor. No people were injured.
(Sentinel photo by Sean I. Mills)
Posted Thursday, November 17, 2022 11:22 am
5403 Hoag Rd
Rome, NY 13440
View larger map

Sean I. Mills
Staff writer
email / twitter
ROME — Three pet dogs were killed in a house fire on Hoag Road in the city’s outer district Thursday morning, according to the Rome Fire Department.
A family of three has been displaced, officials said. No people were injured.
"Most of the fire was right in the living room area. The cause is under investigation," said Rome Fire Chief Thomas Iacovissi at the scene.
Two adults and at least one child live at 5403 Hoag Road, the chief explained. One adult was in the barn at the back of the property, while the other adult and child were not at home when the fire started inside the residence. Hoag Road is located on Rome's western edge, running parallel to Route 365 and branching off Greenway-New London Road.
"She came back and noticed the smoke and fire in the house," the chief said. The resident raised the alarm to 911 at 10:54 a.m.
First on the scene was an Oneida County Sheriff's deputy, who the chief said attempted to douse the flames with a fire extinguisher — but they were growing too quickly. Responding firefighters took a hose line inside and doused the flames in a matter of minutes.
"They knocked it down real quick," Chief Iacovissi stated. They called the Stanwix Heights and New London volunteer fire departments for possible tanker support, but the chief said they were ultimately not needed and were put back into service.
The three dogs were found inside the residence and the chief said they performed CPR on the animals for several minutes to try to revive them, but it was in vain.
Chief Iacovissi said there was extensive fire damage to the living room area, with some smoke and water damage throughout the residence. He said he did not yet know if the home was a total loss.
The cause of the fire remains under investigation, the chief noted, adding that the cold and heavy snowfall did not hamper the firefighting efforts.