ROME — Congresswoman Elise Stefanik, R-21, Schuylerville, of the newly reformed 21st District, took a tour of Rome with local and County officials with hopes to earn the trust and support of Oneida … 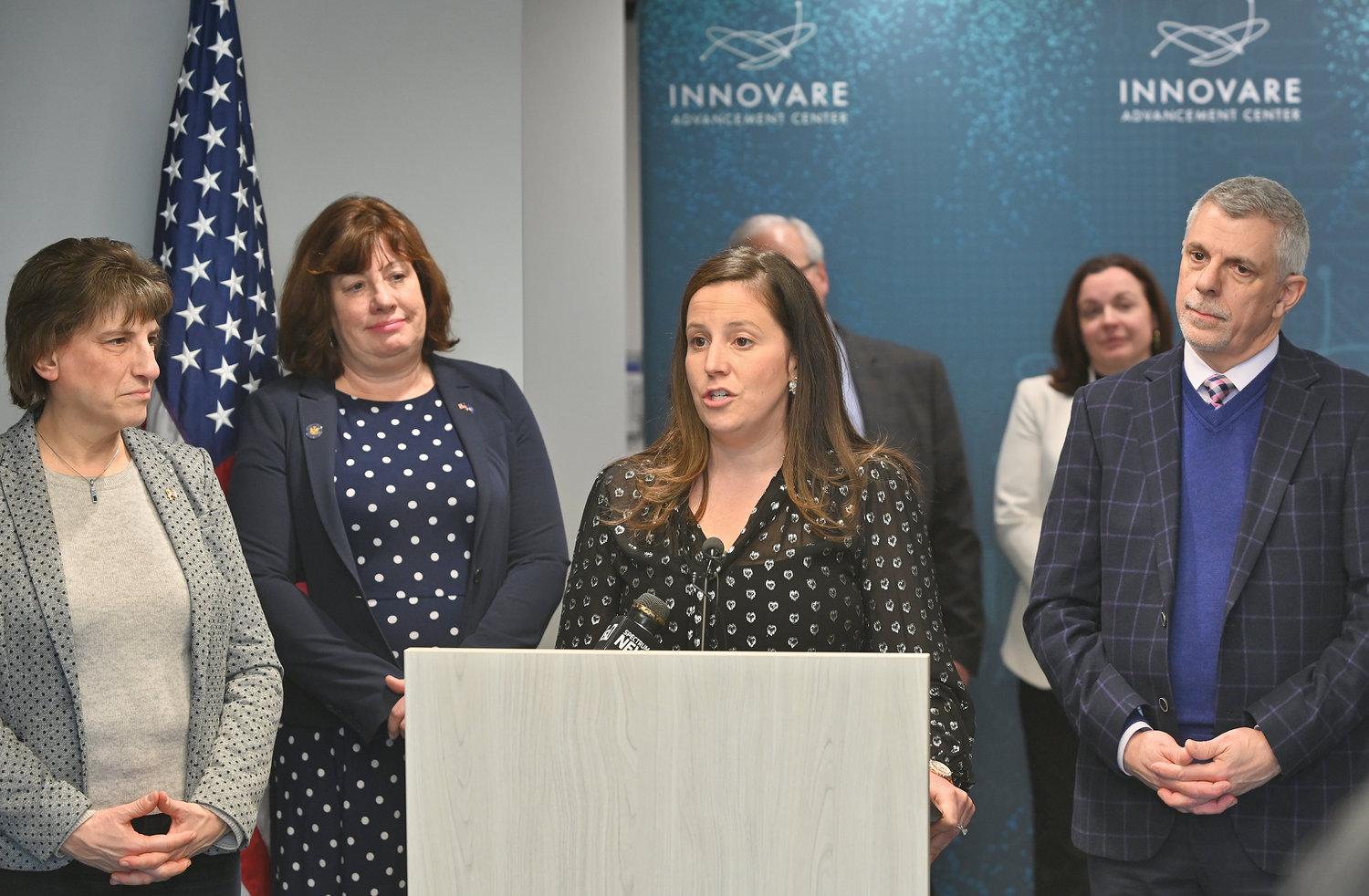 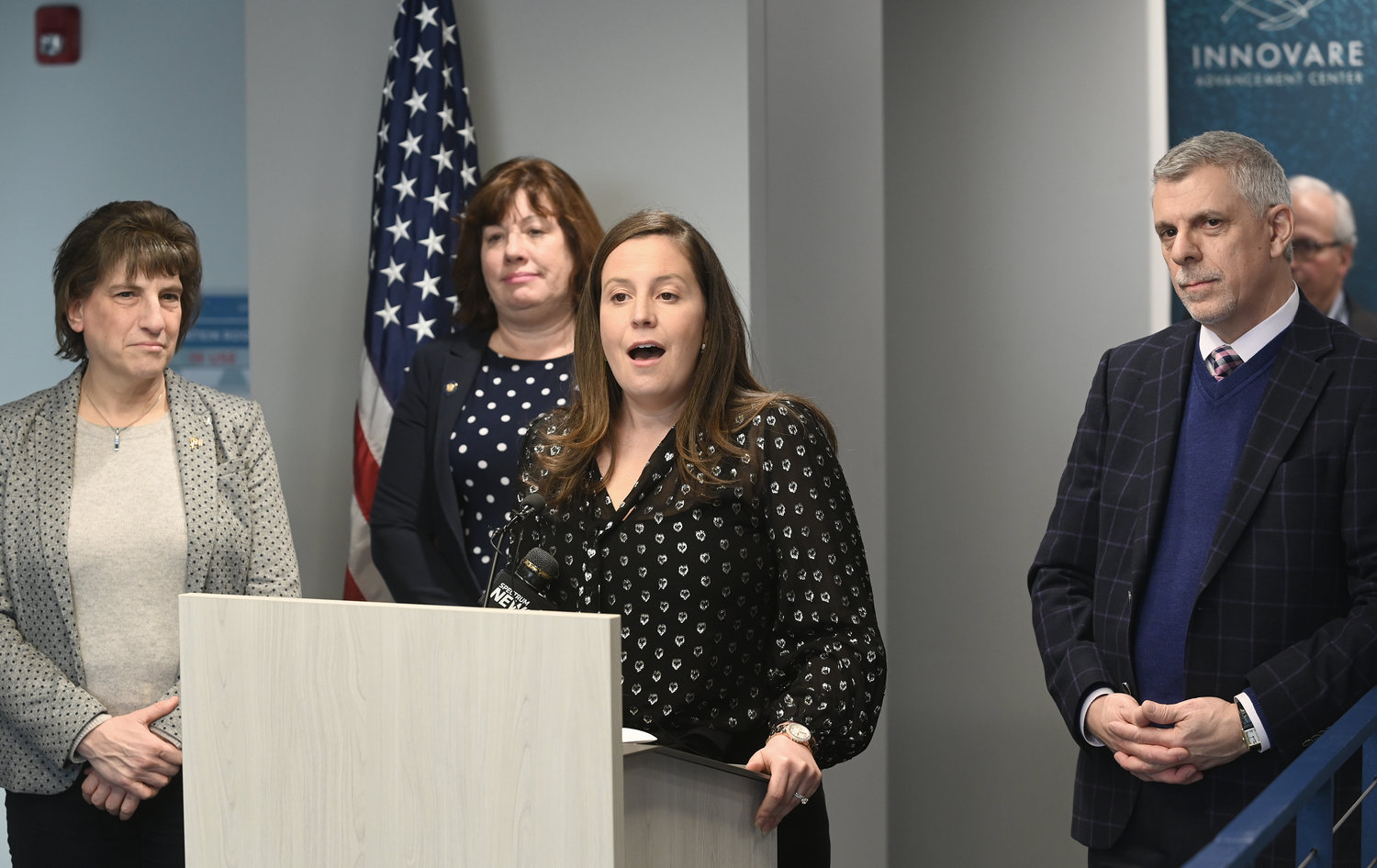 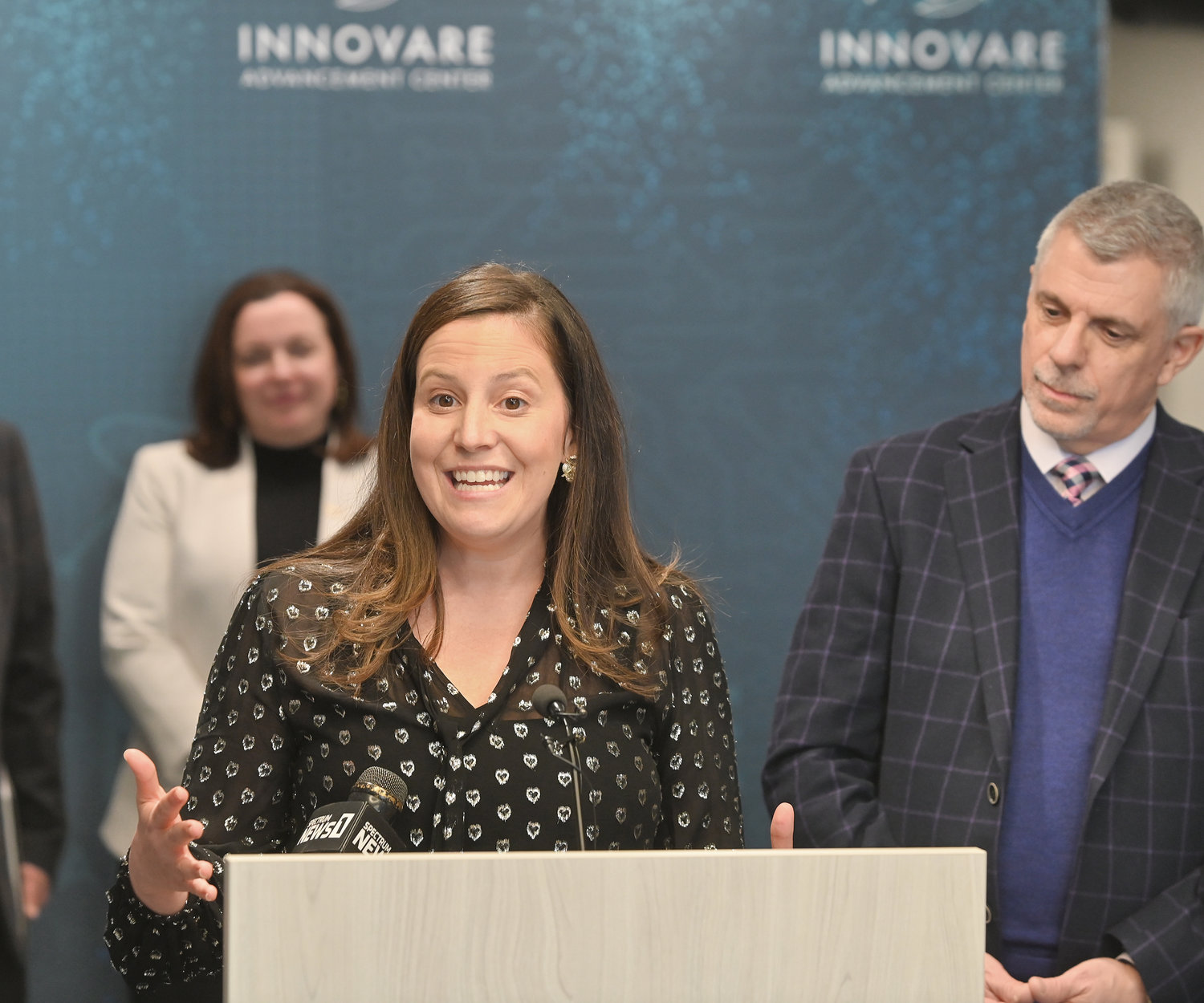 A TOUR AND PROMISE — Congresswoman Elise Stefanik talks during press conference at Innovare Tuesday afternoon, promising to to listen to the concerns of constituents and bring them to the highest levels of government.
(Sentinel photo by John Clifford)
Previous Next
Posted Wednesday, February 16, 2022 6:30 am
Charles Pritchard
Staff writer
email / twitter

ROME — Congresswoman Elise Stefanik, R-21, Schuylerville, of the newly reformed 21st District, took a tour of Rome with local and county officials with hopes to earn the trust and support of Oneida County constituents.

New York’s 21st Congressional District was recently redrawn, changing it from 12 whole or partial counties in the North Country to 18 counties, including Rome and a substantial portion of the local area. Stefanik visited Rome Laboratory with local and county representatives, getting a feel of the latest additions to her district. She stopped by Innovare Advancement Center to hold a press conference on Tuesday.

Stefanik has served as congresswoman for the 21st district since 2015 and serves as a senior member of the House Armed Services Committee. She’s worked to deliver funding for Rome Laboratory in the National Defense Authorization Act over the years. Just last year, $30 million was secured for three projects in quantum innovation and unmanned aerial systems. In 2022, $10 million was secured to establish a quantum network computing testbed program at Rome’s Air Force Research Laboratory.

While familiar with the Rome area, Stefanik said she wanted to visit and get to know the area personally if she was going to represent it.

“I’m excited to be here in Oneida County and the prospect of earning the support of voters in Rome and part of the county in the newly drawn district,” she said. The congresswoman said she was familiar with Rome Lab and has worked to deliver millions of dollars to fund advanced research projects. “And we’re just getting started.”

Above all, Stefanik wanted to make it clear that she was a worker and a doer with a commitment to bring concerns of constituents to the highest levels of government.

And while five new whole or partial counties have been brought into the newly drawn 21st District, Stefanik said Oneida County is a large population base that she wants to become more familiar with.

“I’m looking forward to this being one of many first visits,” she said. The congresswoman has plans to start visiting small businesses, local farmers, and local community organizations as soon as she can.

When asked about the future of Rome Laboratory, Stefanik sees nothing but growth on the horizon.

When asked if she felt it challenging representing a district with many rural areas, Stefanik said she’s up to the challenge.

“I thrive on representing the rural community and giving a voice to people that feel like they haven’t had a voice in Washington that doesn’t stand up for them and their values,” the congresswoman said. “I worked hard to do that for my current district, and I’ll work hard to deliver that for my new district.”

Stefanik said she’d had round table discussions with constituents already, and the thing on everyone’s mind is the same.

“Inflation is an issue that I hear from every corner of the district,” Stefanik said. “It’s a struggle for every hard-working family as they try to balance their budget.”

“I’ve heard from voters all across the district — the current district and the new district — and they are frustrated with the one-party rule in both Albany and Washington, D.C.,” she continued. “They’ve seen how destructive these policies can be. We’ve seen inflation and national security crises, one after another, from a weak commander-in-chief [and a] feckless foreign policy from this administration.”

Stefanik said her job is to make sure her constituents’ concerns have a seat at the table — and that’s just what she plans to do.

“We [had] a wonderful visit at the Airforce Research Laboratory and Innovare Advancement Center,” Mayor Jacqueline Izzo said. “And we’re just getting started showing the congresswoman what Rome has to offer in her new district.”

“We’ve [shown] the congresswoman a beautiful piece of Rome — a hidden gem,” Marianne Buttenschon, D-119, said. “You’re always welcome here [in Rome], and I know this partnership will continue and flourish.”