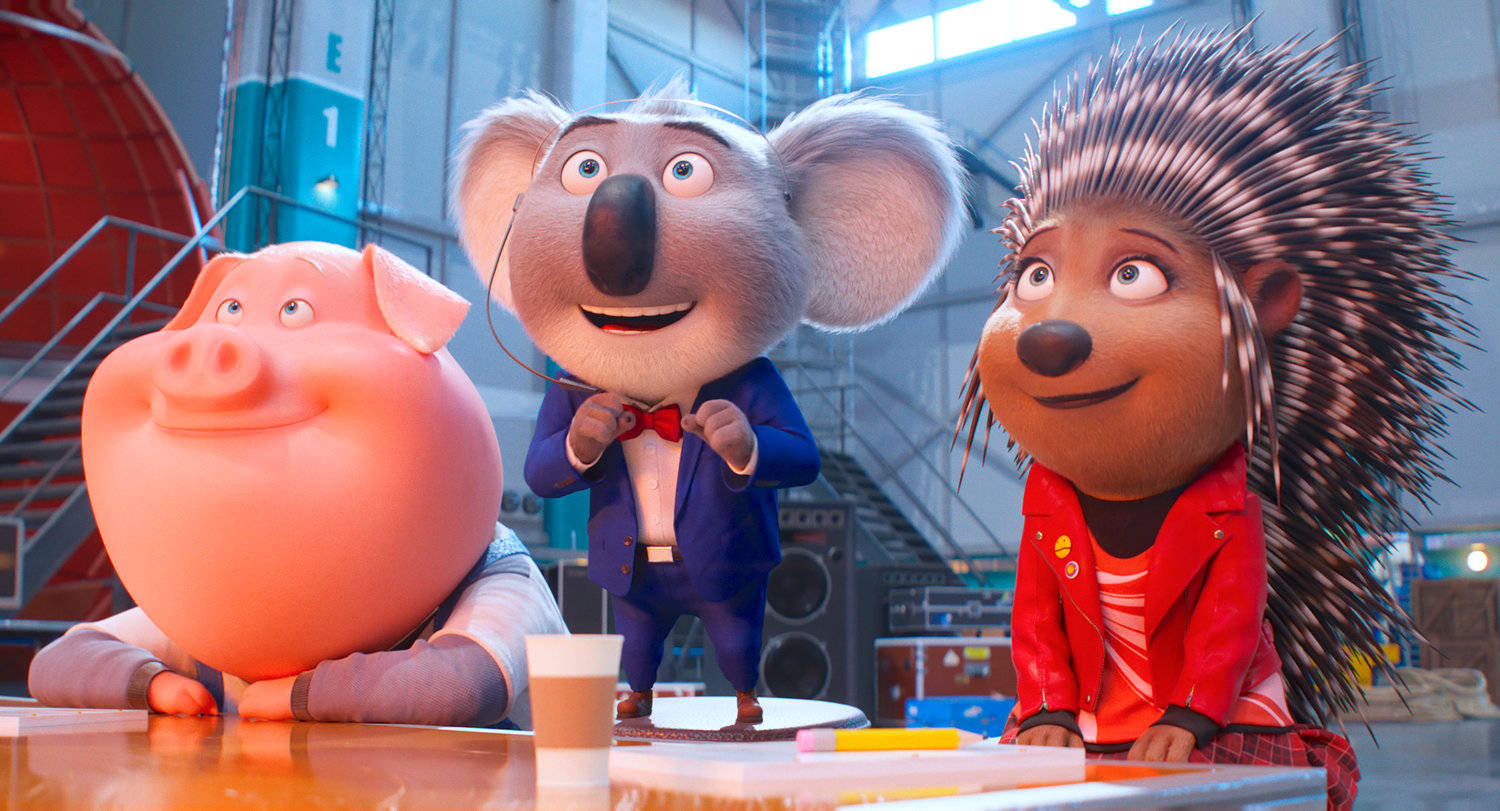 “Sing 2” is fine and harmless. It’s a combination of cartoon animals and hit songs, a movie so simple an animated monkey could put it together.

Children will enjoy the cartoons and parents will enjoy the music, and that’s enough to get a new animated movie made these days. Not every new film can reach for the emotional and musical heights of something like Disney’s “Encanto”. Sometimes a studio just needs to churn out a sequel and make some money. That’s “Sing 2.”

“Sing 2” is still playing in theaters, but it also available to rent at home if you don’t want to face COVID, crowds or cold temperatures.

Picking up after the events of the previous movie, “Sing 2” sees stage manager Buster Moon and his troupe of performers looking to take their act to the cartoon version of Las Vegas. They book a show with a big shot hotel mogul by promising they’ll bring famous singer Clay Calloway out of retirement — except it’s a lie, and Calloway hasn’t been seen in 15 years.

Forgive my cynicism, but “Sing 2” is bargain basement moviemaking. That’s not to say it’s a bad film. I had some laughs and enjoyed the movie well enough. The animation is solid and the music is mostly all hits, so at least they’re worth a listen. A bunch of famous actors provide the voices and the story follows all the familiar beats of a traditional story, so “Sing 2” works as a piece of entertainment.

It’s just so lacking in merit that I don’t think it’s worth anybody’s time or attention.

The first “Sing” came out in 2016 and was a cookie cutter movie. Cartoon animals, famous actors doing the voices, and a bunch of songs taken directly off the radio that people already enjoy. It’s as basic as it gets, and “Sing” was a big hit. When that happens, a sequel is inevitable, and nobody making “Sing 2” wanted to rock the boat or change the formula.

There is nothing unique, original or inspiring about “Sing 2.” It remains a cookie cutter of a movie. And that’s just not good enough when the likes of Disney, Sony and even Netflix are putting out animated movies that actually try to be new and amazing. Watch those instead. They’re readily available on Disney+ or Netflix.

But if all you want is something simple and easy, something to distract children, or something to play in the background while you do your household chores, “Sing 2” will suffice. There are a couple of good jokes and cute moments, at least.