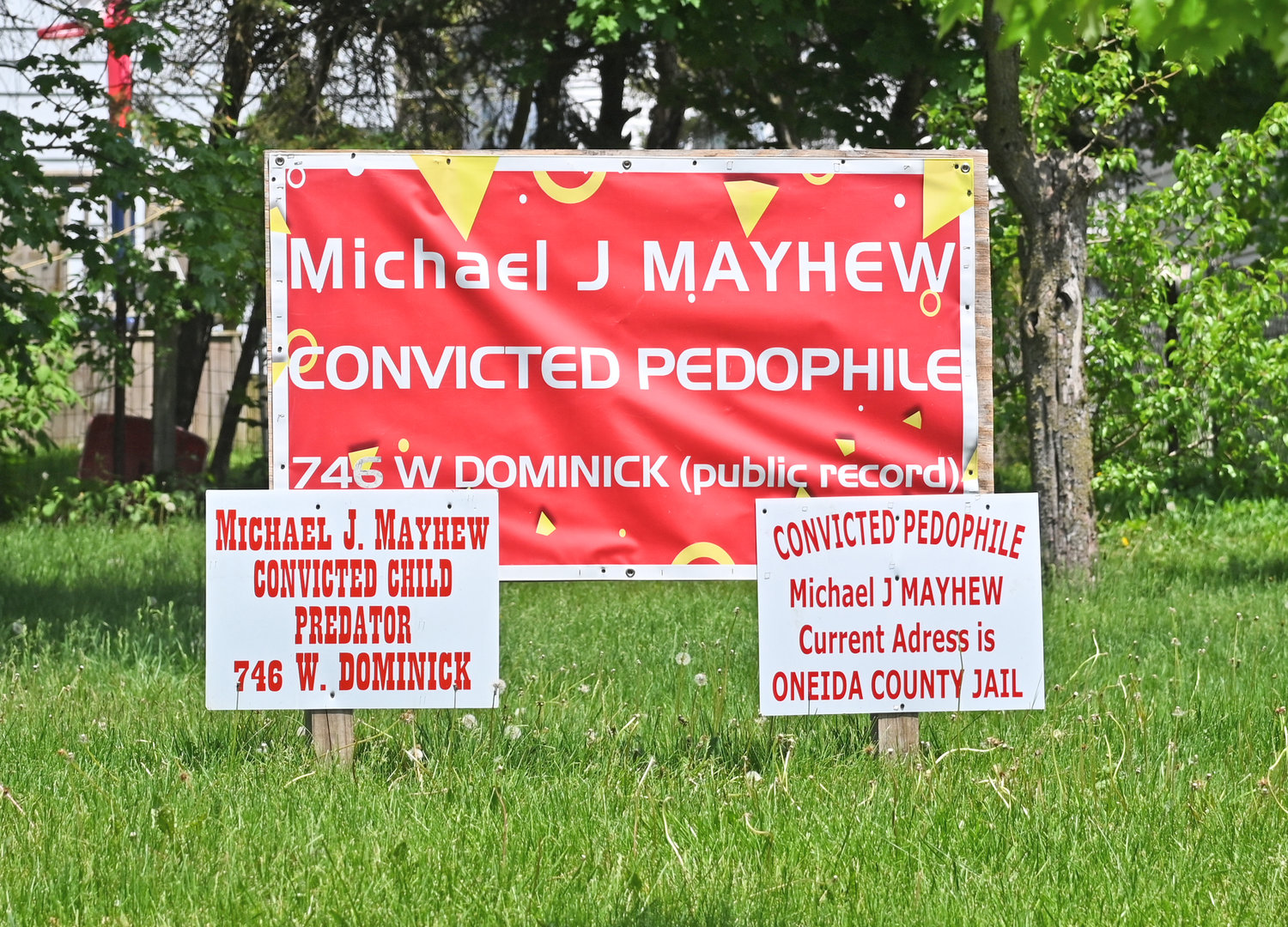 FREE SPEECH — The above sign, located in a yard in a west Rome residence, has garnered significant social media criticism recently. According to city officials, the sign is legal and protected as “free speech.”
(Sentinel photo by John Clifford) 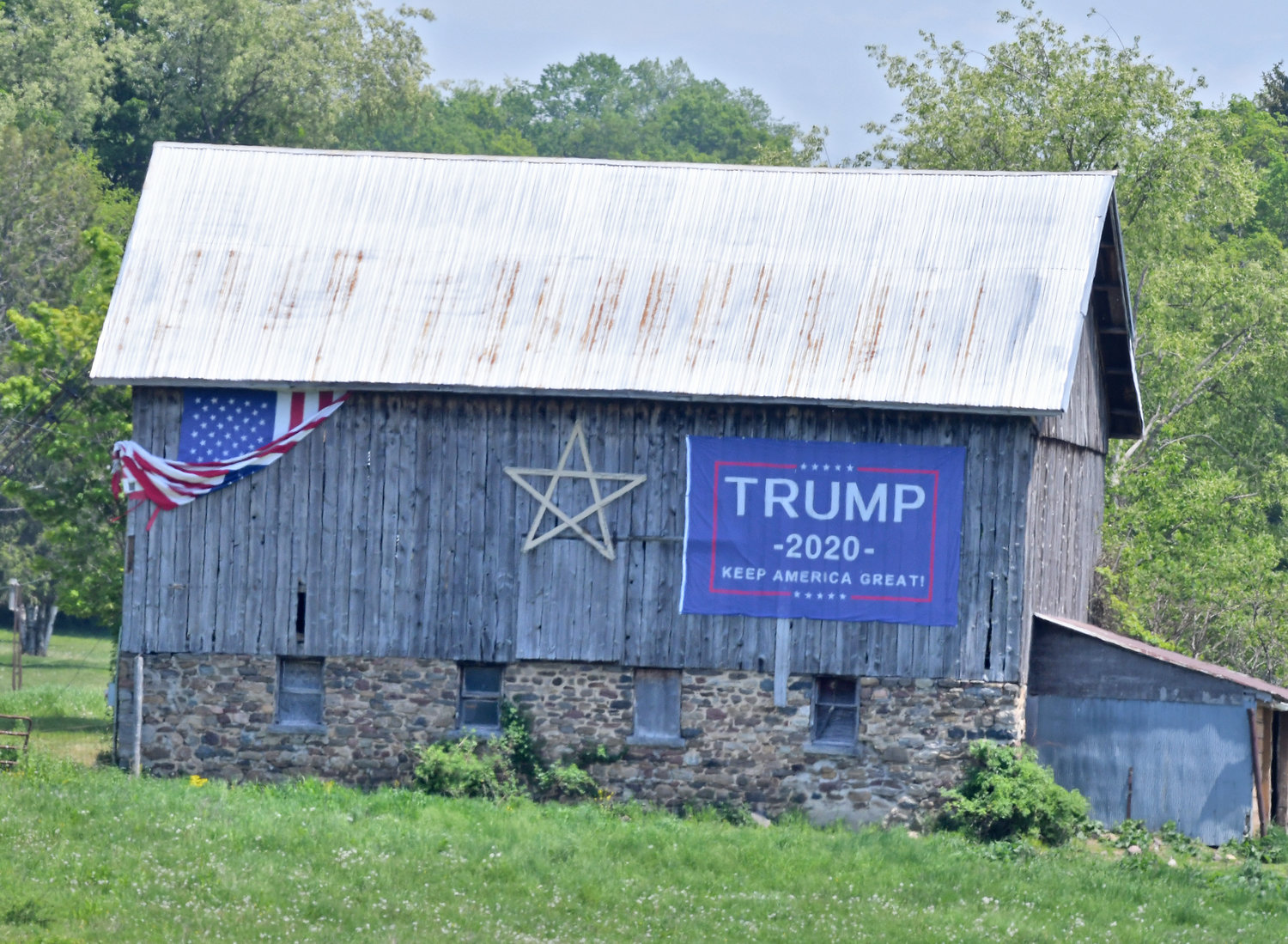 PAST ITS DATE — Political signs, such as this sign for former President Donald Trump sign on a barn on Cemetery Road, are required to be removed shortly after elections have passed, according to the City Code.
(Sentinel photo by John Clifford)
Previous Next
Posted Saturday, May 22, 2021 12:00 pm
Nicole A. Hawley
Staff writer
email

Over the years, there have been calls and social media complaints logged concerning various “message” signs in the city.

Among the most recent complaints, was for a sign in a west Rome yard that refers to a sex offender living in the neighborhood with an arrow pointed to another residence. While some residents may find such non-commercial message signs distasteful, they are, within regulations, legal to have and are considered “free speech,” said the city’s Chief Code Enforcement Officer & Building Inspector Mark Domenico.

The Rome City Code has an entire section that deals with non-commercial message signs. Among them are, according to www.municode.com:

Signs used for the expression of non-commercial ideas and messages, which include signs advocating a public issue, recommending a candidate for public office, alerts, or warnings, are permitted in all districts.

A. Non-commercial message signs may be constructed as either freestanding, wall, or window signs. There is no limit on the number of signs permitted.

C. Window-mounted non-commercial message signs must meet the coverage limitations of window signs. If no coverage is specified, the limitation is 30% of the window area.

D. Freestanding non-commercial message signs must be located 5 feet from any lot line.

E. Non-commercial message signs posted on private property must have the permission of the property owner.

F. Non-commercial message signs may not be illuminated.

According to Domenico, the sign in question located in west Rome has been inspected and meets all the code requirements.

Because it falls under the category of a “warning” message, “This is considered free speech, and the code allows that,” Domenico said.

As for any presidential election signs or signs for any office elected during the last Election Day in November, “those signs need to be pulled,” he said, adding that such signs should be removed days after an election. “If we (codes enforcement office) see those out and about, we try to notify the homeowner to have them removed.”