Shops expected to get local cannabis products on shelves this year

Just a couple of miles from the tourism hotspot of Sharon Springs, thousands of organically-farmed marijuana plants are beginning to bush out with the aid of an irrigation system ...

Shops expected to get local cannabis products on shelves this year 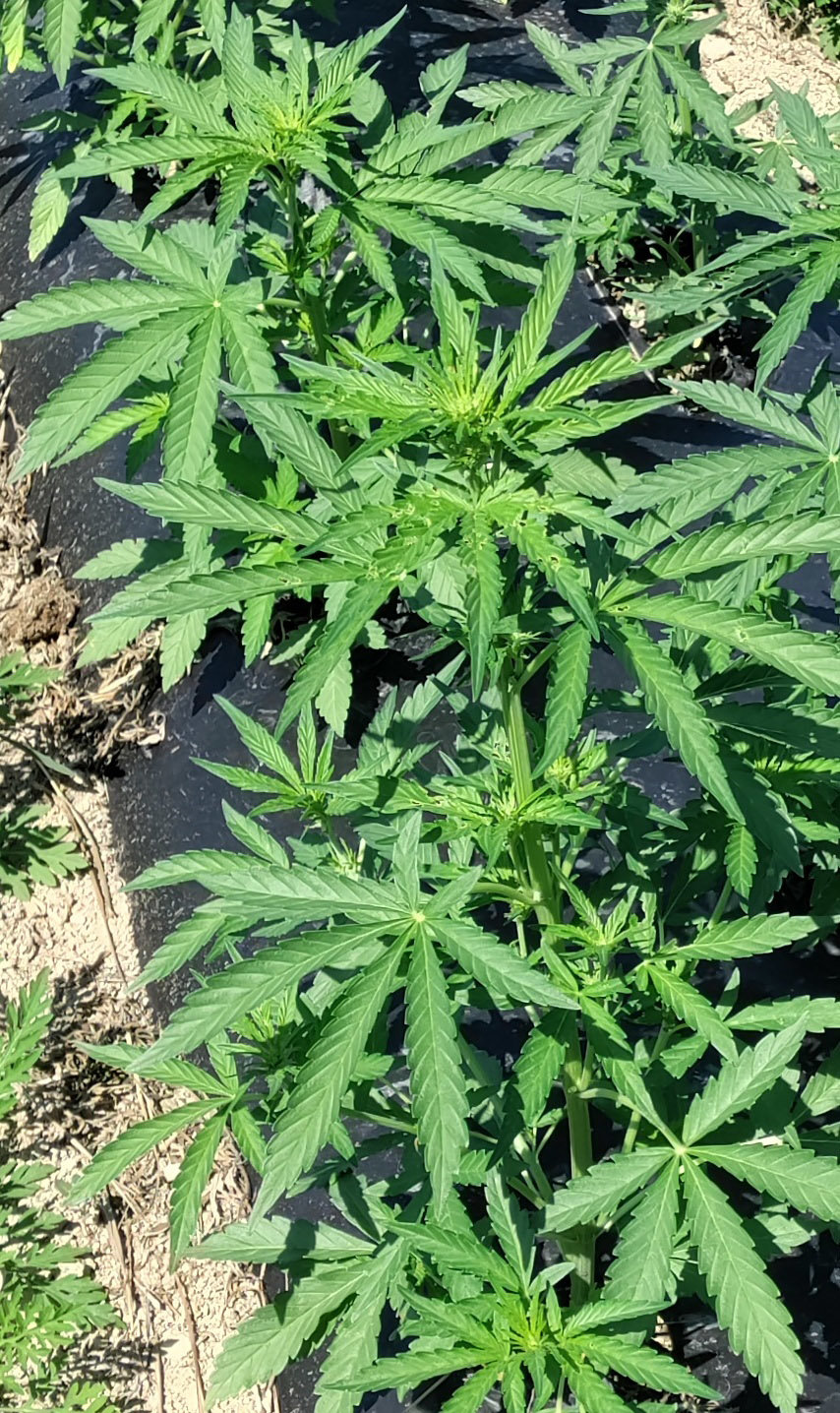 The roots of organic marijuana plants are moistened by an irrigation system while the leaves soak up the sun at a farm in the Schoharie County town of Sharon Friday.
(Photo by Joe Mahoney/CNHI)
Posted Friday, July 22, 2022 5:00 pm
Joe Mahoney, CNHI State Reporter

SHARON — Just a couple of miles from the tourism hotspot of Sharon Springs, thousands of organically-farmed marijuana plants are beginning to bush out with the aid of an irrigation system and sunshine splashing down from the sky.

State cannabis market regulators visited the growing operation Friday, having given the green light to the farm operator to grow a plant that until March 2021 had been illegal to possess in New York.

After the crop is harvested in about two months, it will be sent to a processing facility. There, it will be turned into products that will end up on the shelves of the first recreational marijuana stores in New York.

“We’re looking to open stores and sales by the end of the year,” Chris Alexander, director of the state Office of Cannabis Management, told CNHI during a stop in this Schoharie County town of some 1,840 people.

The launch of the state’s marijuana program will get a boost in the form of $200 million in public money via the state Dormitory Authority. That agency has begun collecting proposals linked to the state’s Social Equity Cannabis Investment Program.

That program, according to the Dormitory Authority, is designed to “facilitate business opportunities for individuals impacted by the disproportionate enforcement of the cannabis prohibition. The program will help them overcome barriers experienced by equity entrepreneurs in other states that includes accessing the capital required to source, lease, construct and equip suitable real estate for the dispensary locations for their retail cannabis business.”

Asked when New York might catch up to what is now a well established marijuana marketplace in neighboring Massachusetts, Alexander said, “It’s going to take some time for the market to fully mature, when we have full access across the state for everybody. But we’re definitely very sensitive to making sure that as we start this exercise, we start this process of getting dispensaries up and running.”

Citing security concerns, state officials requested that the exact site of the marijuana farm officials visited Friday not be disclosed.

Alexander said he doesn’t foresee New York hitting a point where the market is so saturated with retail pot shops that operators won’t be able to sustain their operations, noting regulators will be keeping a close eye on how many shops will be needed to suit the demand from consumers.

“We will grow and see what the demand is, and so in that way we don’t run out of products on our shelves but also so that we don’t have excess products that can’t be put into dispensaries,” Alexander said.

The state Cannabis Control Board has decided to award the initial round of licenses for adult-use retail shops to applicants impacted by enforcement of the now repealed marijuana prohibition as well as those with “strong business backgrounds,” state officials said.

The application period for those dispensary licenses is expected to be posted by the Office of Cannabis Management later this summer.

“Everything that we see growing here will have a place on the shelves coming this fall when we open the doors of our first dispensaries and really kick off the sales of adult-use cannabis in our state,” Tremaine Wright, chair of the Cannabis Control Board, said.

New York is among 18 states that allow recreational use of marijuana, and 14 of those states allow commercial sales of cannabis.

A U.S. Senate bill aimed at ending marijuana prohibition by the federal government is expected to be introduced before the August recess. Senate Majority Leader Chuck Schumer, D-NY, is among those who have signaled his support for legalizing marijuana.

The federal ban has impeded the ability of marijuana companies to have relationships with banks and accept credit card transactions.

A memo sent to staffers at the U.S. Environmental Protection Agency warned that marijuana remains banned under federal law even when obtained through prescription and advised them to refrain from investing in cannabis companies, Marijuana Moment, an online news site, reported last month.