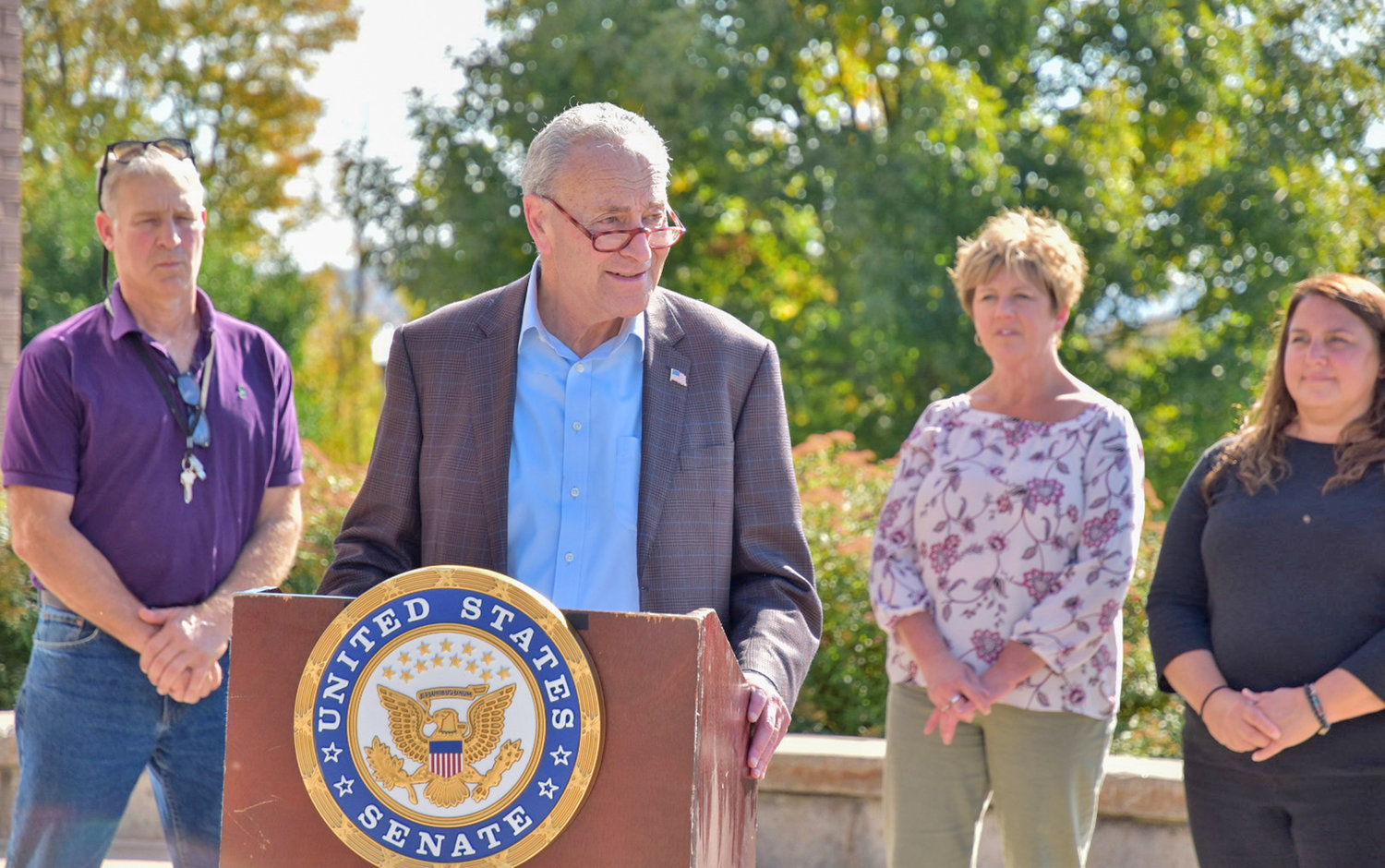 FUNDS TO BOOST ACCESS — U.S. Sen. Charles E. Schumer speaks during a visit to Herkimer County this week, announcing that an infrastructure bill he negotiated, passed in the Senate, and includes $65 billion in funding to expand access to high-speed internet in underserved rural and urban communities, including parts of the Mohawk Valley.
(Photo submitted)
Posted Wednesday, October 13, 2021 4:00 pm

This week, U.S. Sen. Charles E. Schumer visited Herkimer County after an infrastructure bill he negotiated, passed in the Senate, During the visit, Schumer announced the bill includes $65 billion in funding to expand access to high-speed internet in underserved rural and urban communities across the nation, including parts of the Mohawk Valley.

Schumer said, “nearly 20,000 homes and businesses – accounting for 3.8% of the population – lack modern internet access in the counties that make up the Mohawk Valley, according to a report from the New York State Comptroller. These statistics show that Mohawk Valley has the second highest percentage of its population without high-speed internet, behind only the North Country,” a statement reads.

“Long before COVID-19, rural and urban communities throughout the Mohawk Valley have struggled to close the digital divide,” said Schumer in a statement. “Access to reliable, fast internet service is crucial to success in today’s modern economy, which is why I fought to include a historic investment to expand high-speed internet access to underserved communities in the Infrastructure Investment and Jobs Act.”