School officials foresee return to in-person voting for school budget, board election in May 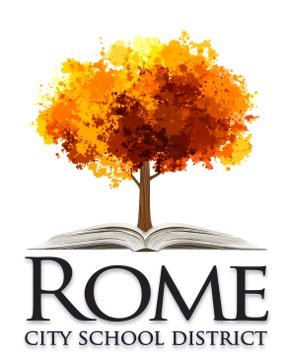 The Rome school district’s annual election is expected to return to in-person voting while observing COVID-19 safety protocols, according to Director of Business and Finance David Dreidel, after last year being conducted entirely using paper ballots by mail.

The outlook for the May 18 election, which annually includes public voting on the district budget and Board of Education candidates plus may include other items to be decided, was addressed by Dreidel at the Board of Education meeting last week.

Regarding “what we expect this year,” Dreidel told the board, he attended an ASBO (Association of School Business Officials of New York) seminar in which he talked to people across the state and “we’re expecting in-person...voting with COVID protocols....”

The school district now is “going through the steps of contacting our locations...verifying whether we will or will not be able to use them,” Dreidel told the board.

The district’s May 2019 election had eight locations where in-person voting was conducted for its 10 wards, and one location was revised for the district’s last in-person voting which was for a special December 2019 capital project vote. Dreidel said Tuesday that seven of the locations used for the December 2019 vote “have indicated they are willing to be host locations for our May 2021 budget vote” except for the Third Ward site which was Rome City Hall. The district is discussing potential replacement sites regarding that ward, he added.The other sites include Gansevoort, Staley and Stokes elementary schools; Strough Middle School; St. Paul’s Church; Copper City Community Connection; Westernville Library.

Last year’s school district elections, originally scheduled to be in-person on May 19, saw impacts from COVID-19 including being reset by state mandates to a June 16 deadline for districts to receive only mail-in ballots from district voters before tabulating the results.

The Rome district’s election plans last year had included mailing absentee ballots to about 23,000 registered voters; a total of 5,225 ballots were cast.

For this year, also “in terms of...using physical locations,” the district has “reached out to the county in regard to availability of voting machines,” Dreidel said at the board meeting.

There will be “updates to come as we work through the voting processes....This is kind of kickoff time for all that stuff,” Dreidel added.

Board President Paul Hagerty asked “does that mean that it’s strictly going to be ballot voting, no remote voting or virtual voting being considered?”

Dreidel replied “the current kind of consensus...is that it will be in-person voting,” and “regular absentee voting” involving the same absentee-vote requirements as in prior years. He added “that could be expanded upon, but that’s the current thoughts.”

Board Vice President Tanya Davis said there was a question about “what the petition process might be;” candidates for the school board last year were not required to collect nominating petition signatures from eligible voters, in another procedural change stemming from COVID-19.

Requirements to become a candidate on the election ballot had previously included filing petitions signed by least 100 eligible voters who live in the district.

“There’s talk of proposed legislation” to reduce the requirement to 50 signatures, but “that hasn’t taken place yet,” observed Dreidel.

“Currently we’re kind of waiting to see, is there going to be additional guidance on that. So there is nothing in place....that would say how to get your 100 signatures in kind of the common sense of...the current environment of...COVID. There’s no change to that yet,” he added.

Up for election in May are the seats of board members Paul Fitzpatrick, Leigh Loughran and Jonathon Matwijec-Walda, whose current three-year terms expire June 30. The board is in the early stages of working with the school district administration on a proposed 2021-22 district budget, which would take effect July 1 and is subject to district voters’ approval in the election.