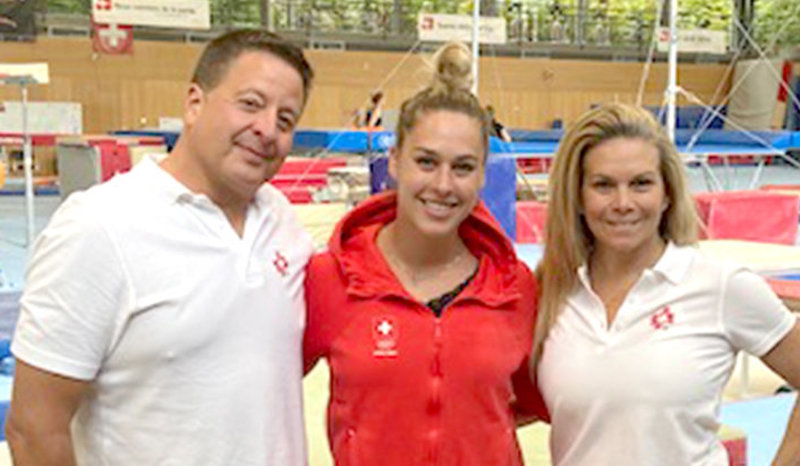 Rome native Tony Retrosi has taken the position as head coach for the senior national gymnastics team in Switzerland.

The Swiss National Team Training Center is located in their Olympic Training Center in Magglingen Switzerland, about 90 minutes from Zurich. Retrosi, 55, is the owner of Atlantic Gymnastics Training Centers, with locations in Portsmouth and Dover in New Hampshire.

Restrosi lived in Rome until 1980 then lived there part-time here through 1986. He is the son of Rome Public Safety Commissioner Frank Retrosi Jr. He attended Mohawk Valley Community College from 1984 to 1986, then he attended the University of New Hampshire.

The Swiss Federation has named Retrosi as an interim head coach through the end of 2022. Retrosi said he intends to remain part of the team in a consultation position through the Paris Olympics.

Although this is his first international head coach position, having worked with national team members in the USA and internationally in Iceland, Italy and Central America Retrosi is no stranger to the world stage.

“I have to balance my job between preparing the team for World Championships in Japan as well as Arthur Gander Memorial Swiss Cup which we host and establishing a long term training plan for the 2024 Olympics in Paris. It is really an honor to work with such dedicated and talented athletes in such a beautiful setting. The previous coaching staff resigned in September following a disappointing Olympics. There definitely is work to be done.”

Joining his coaching staff is 1992 U.S. Olympic Medalist Wendy Bruce-Martin. She won bronze in the team competition in 1992 in Barcelona.

“Wendy and I have coached together at many training camps over the last decade. This will be our first long term coaching assignment together. She is just like a part of my family. She brings a wealth of knowledge and enthusiasm.”

Retrosi said he got the job after doing consulting in Italy with their federation. “I have also done some consulting in Germany. Gymnastics is a small community so they knew who I was. I was in Italy doing a training camp in the beginning of September when they contacted me. I immediately got in touch with Wendy to see if she could work with me. I flew up and met with them to see if it was a good fit. Then flew home for one day to basically change my clothes.”

Rounding out the staff is three-time Swiss Olympian Giulia Steingruber. “Many of the current national team members have looked up to Giulia. She is the perfect person to serve as a mentor and coach.”