Rome firefighters responded to 310 South George Street in Rome Monday morning for a garage that destroyed the structure. 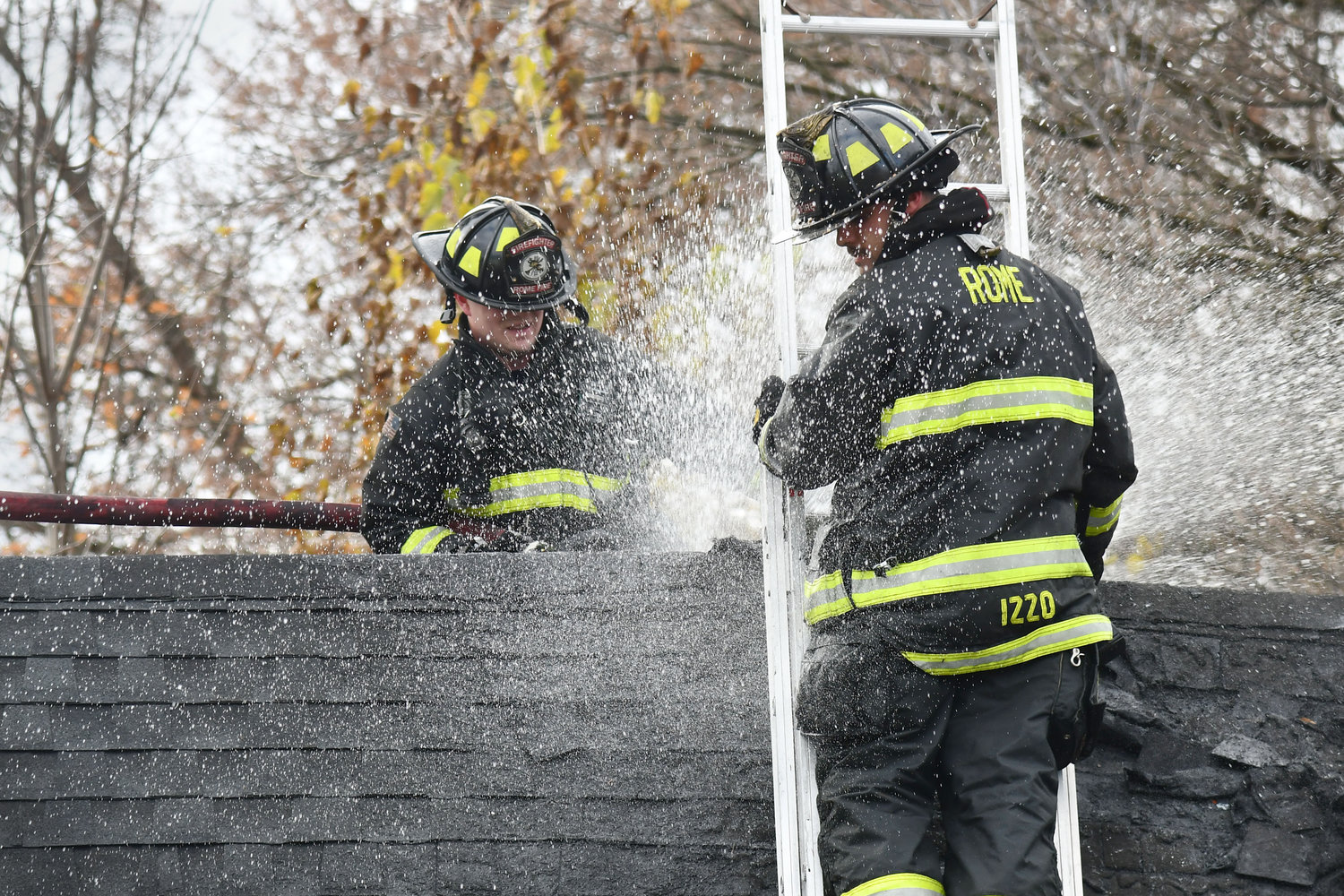 Rome firefighters spray the smoldering roof of a garage that caught fire Monday at 310 S. George St. Fire Chief Thomas Iacovissi said smoke and flames were visible upon arrival, but the fire was knocked down quickly. The cause remains under investigation. No injuries were reported.
(Sentinel photo by Peter Franchell) 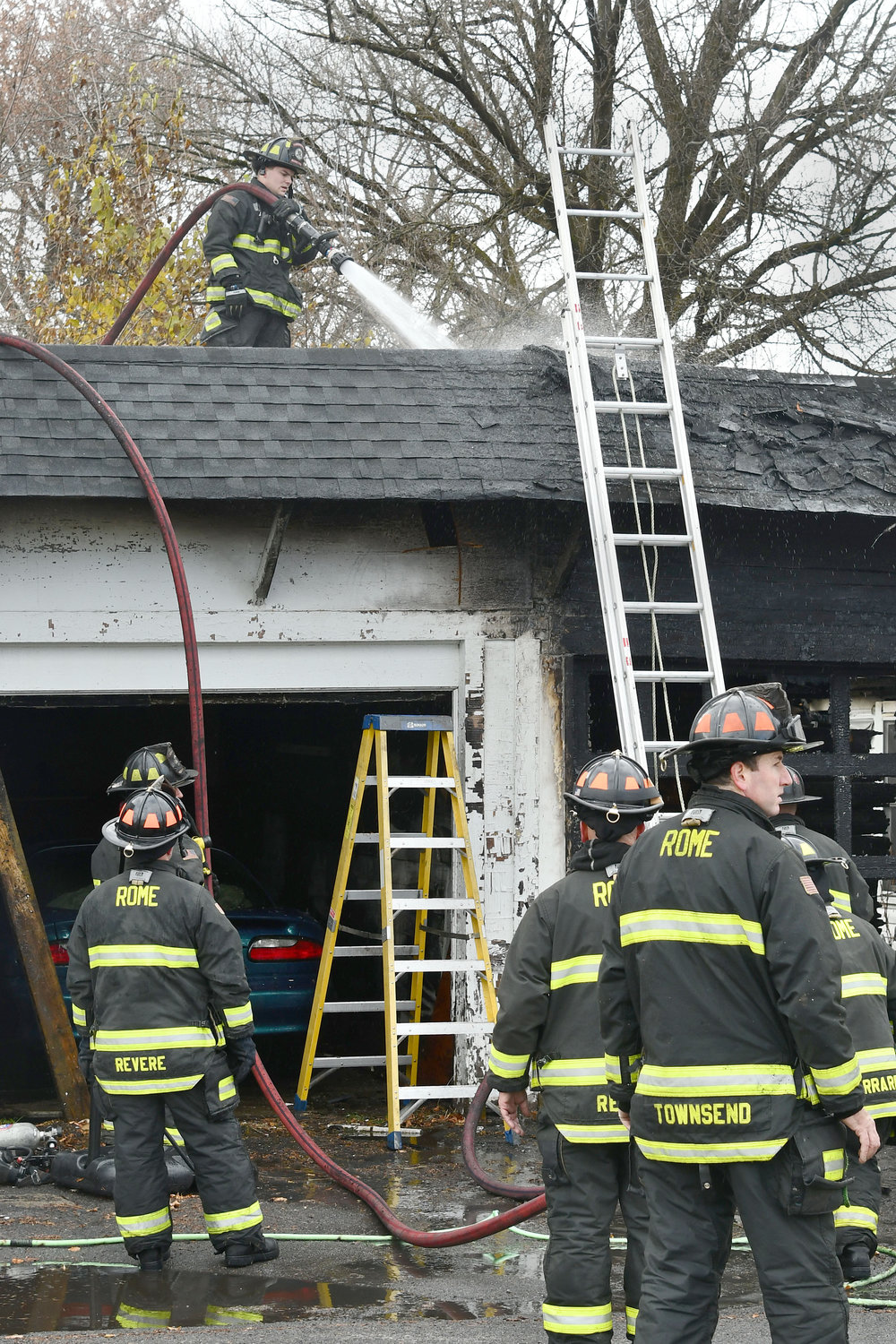 Members of Rome Fire Department quell hot spots after a blaze destroyed a garage at 310 S. George St. in Rome Monday. Fire Chief Thomas Iacovissi said the person who reported the blaze called the Central Fire Station number instead of dialing 911. He cautioned residents that sometimes firefighters are busy training and not inside the Central Fire Station building, so calling directly could have hampered response efforts. In an emergency or if a fire is to be reported, neighbors should call 911 directly. No injuries were reported.
(Sentinel photo by Peter Franchell) 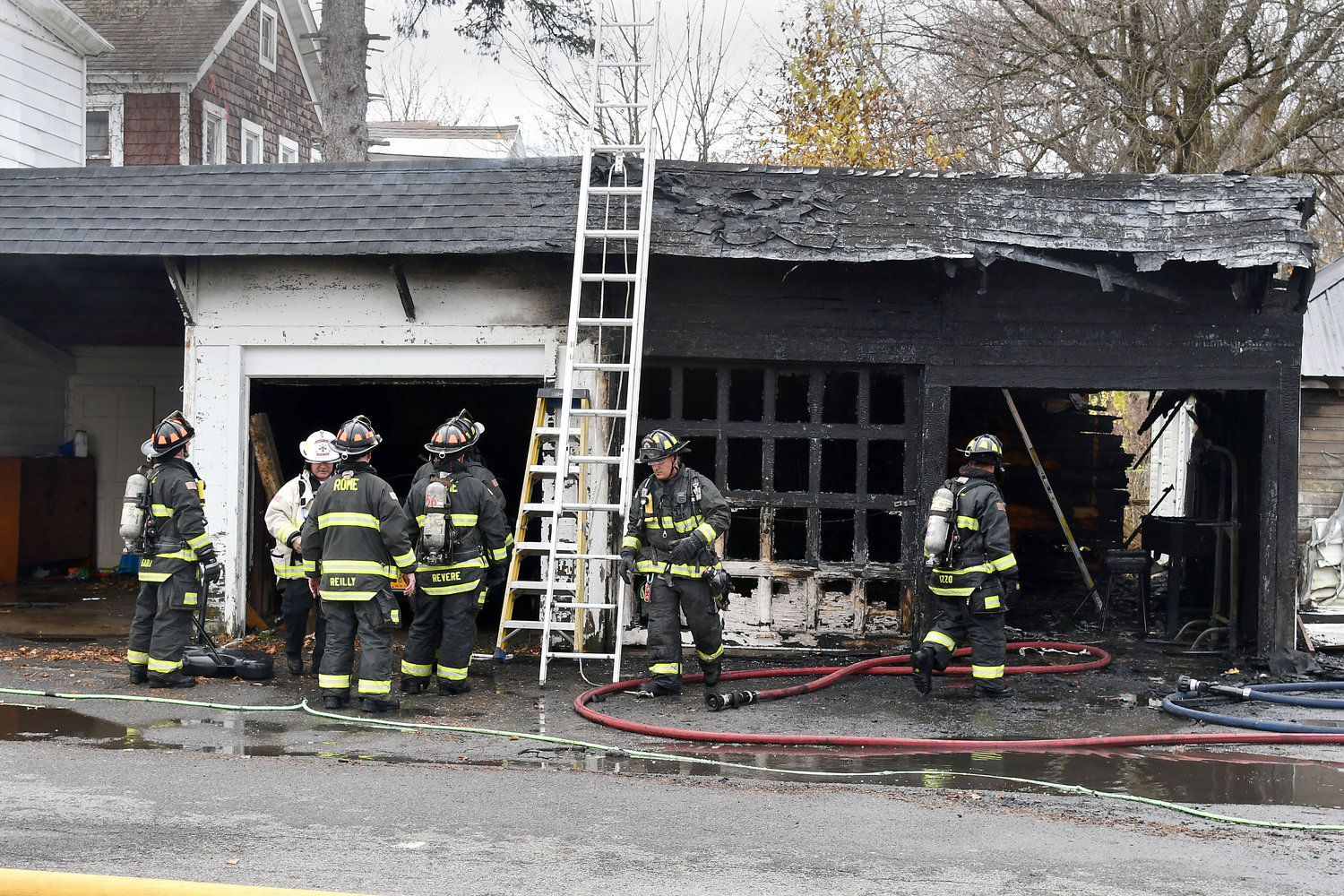