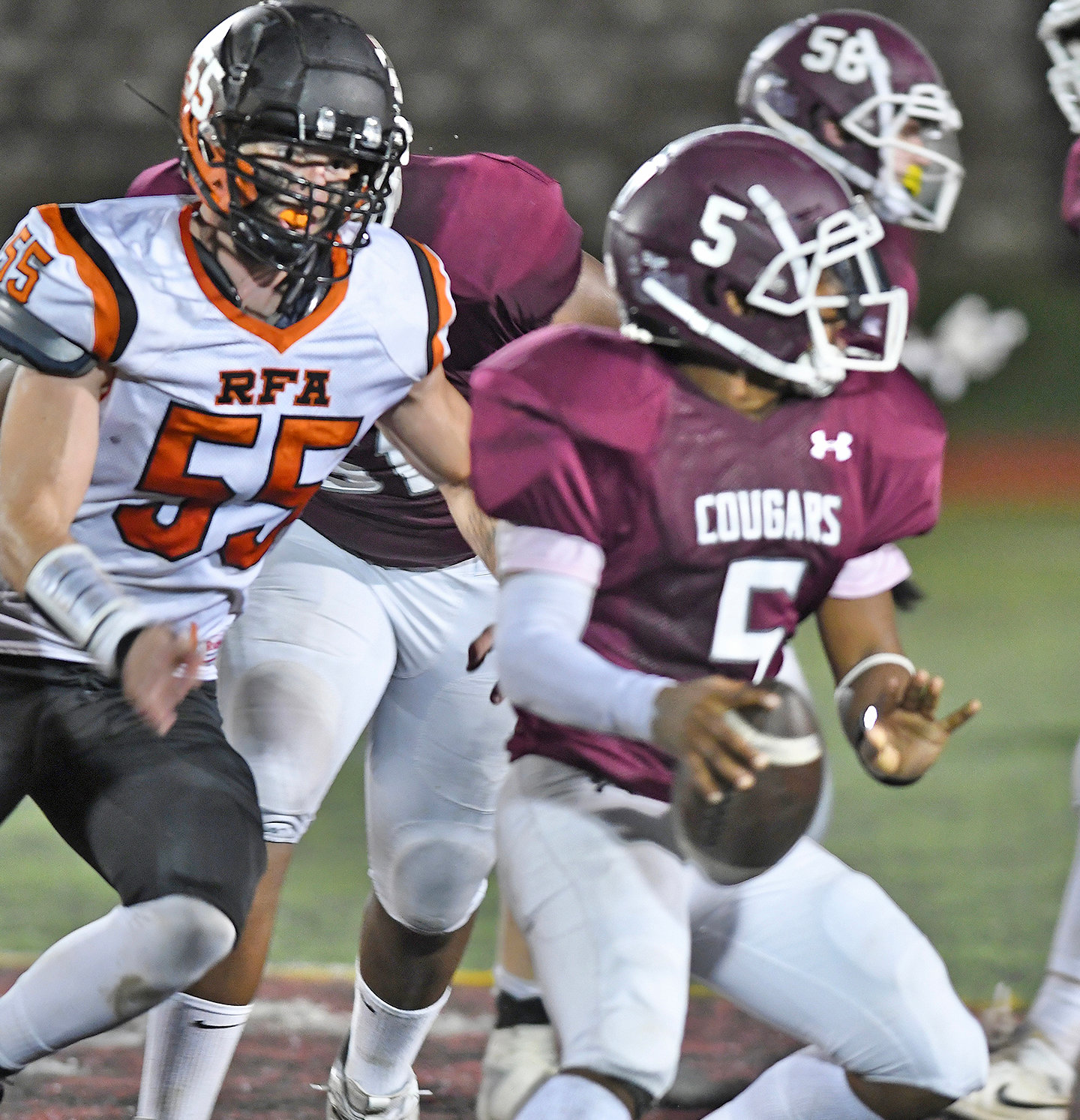 RFA is 2-4 this season and sits in sixth place in the league. Because they trail Utica Proctor by a game and lost to the Raiders, they can’t move up a spot going into the playoffs. The two teams behind the Black Knights in the league are winless so neither can pass RFA even with a win. That means a first round matchup on the road for RFA against whichever school gets the three seed. That’s currently Corcoran, but several teams have a shot of winding up there after this week.

“It’s Senior Night,” said RFA head coach Jake DerCola. “We want them to go out the right way. We want to get them a win in their last home game. That would be awesome.” And while a win doesn’t move RFA up in the standings, it could change who the team faces next week.

Sophomore Evan Carlson-Stephenson of RFA has thrown for 583 yards on 53-for-95 passing, with seven scores and five interceptions. His primary target has been senior Kaiden McCaskill, who leads the team with 13 catches, 306 yards and five touchdowns.

The RFA rushing attack is led by two seniors. Nevaeh Baez has 429 yards and three scores. Dayton Kelly has 334 yards and four TDs.

C-NS has the stingiest defense in the league, allowing 74 points in six games.

“We definitely have to play our game and take what they’re giving us,” said DerCola. “We have to make some plays out there — some big run plays and big pass plays.” C-NS shows different looks on defense, he said, so the RFA offense has to make sure to analyze that in order to execute the right assignments.

“We have to be able to run the ball better than we did last week. Running the ball opens things for the passing game,” said DerCola, who noted that the team can’t become one dimensional.

Jaxon Razmovski has seen the most action at quarterback for C-NS, with 40 completions on 62 attempts for 705 yards, six passing TDs and one interception. The team’s top option among receivers has been Mason Ellis, who has 404 yards and four scores through the air.

On the ground, the Northstars have piled up 1,255 yards and 18 scores. The team distributes the ball to a number of runners, including Jamar Ballard Jr. (402 yards, six TDs), Anthony Testa (310 yards, three TDs) and Jason Bartlett (295 yards and five TDs).

DerCola called the task of stopping the Northstars’ offense “a tall order. They do things a little bit different than others, which might help us.” The team does not load the box and pound the same plays over and over again. “This team likes to spread the ball around to their athletes. Obviously we have to stop the run. That’s our main focus. But they have a pretty good passing game so we can’t fall asleep.”

Looking back on the win against C-NS two years ago, DerCola said: “That was a huge win for us. That C-NS team went all the way to the final four that year. It showed our kids that if they do their assignments and play RFA football, good things will happen.” He noted that Baez and lineman Ryan O’Connell were the two players on this team that not only participated in that game but were key contributors in the win.