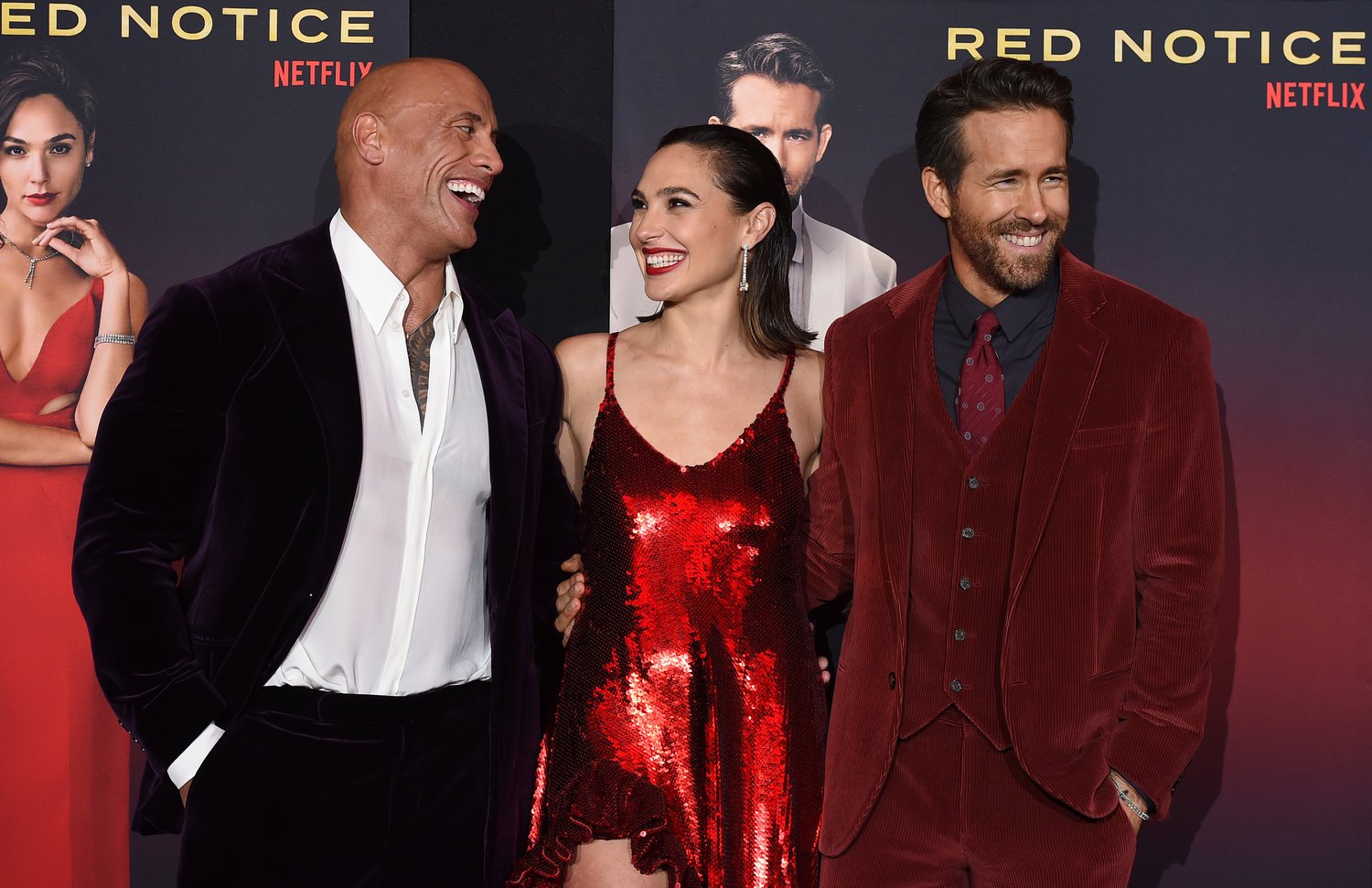 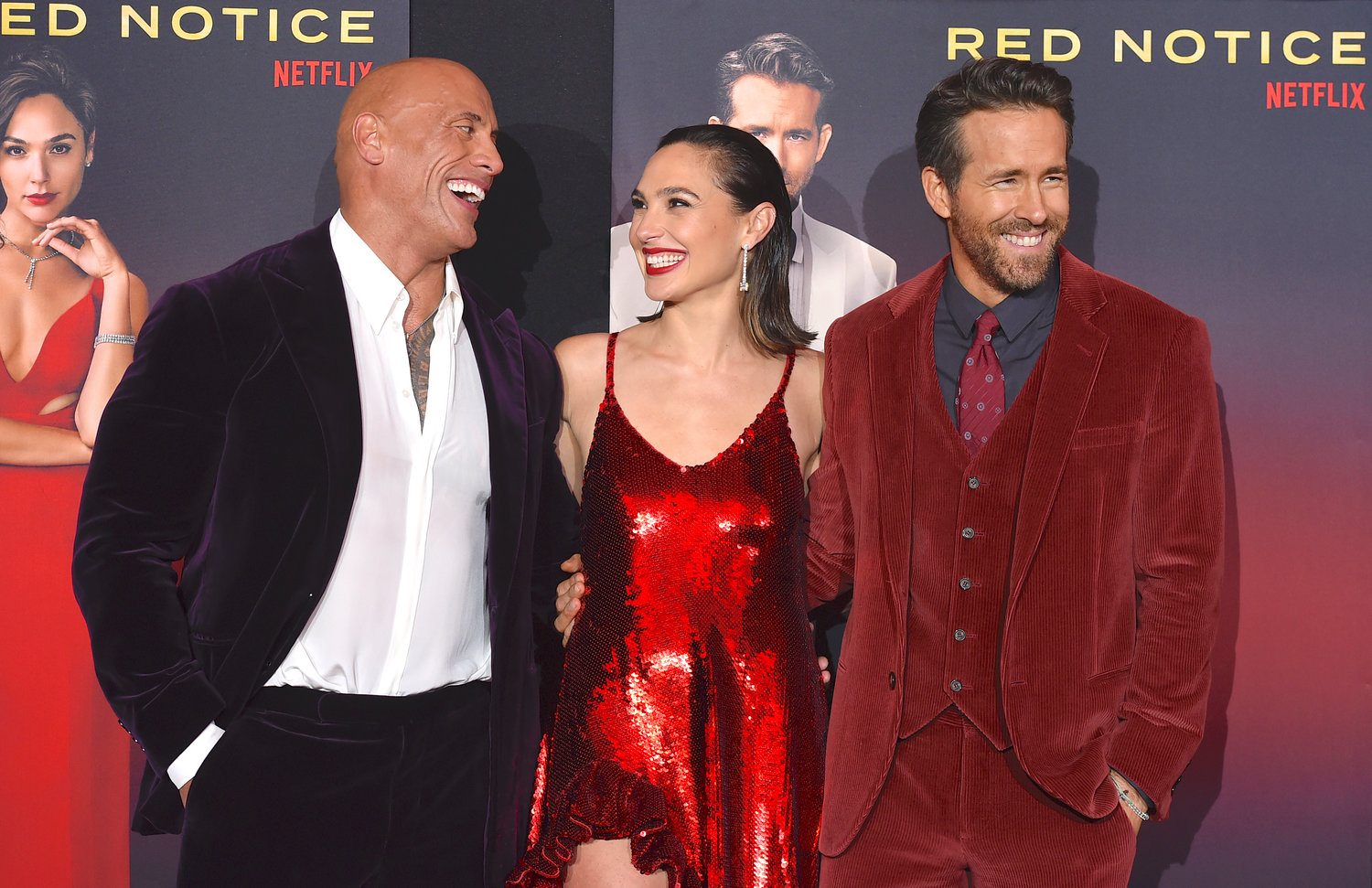 Once upon a time, there existed a thing called “made for TV movies.” They were full-length films, but the overall quality, actors and entire enterprise were less than the big screen. Now in the age of streaming services, these types of films can boast big name actors like Dwayne Johnson and Gal Gadot, but they’re still not very impressive movies.

“Red Notice” is the latest such film from Netflix and it has all of the parts to make a great heist movie, it’s just that the whole thing doesn’t quite come together to be anything more than generally mediocre. Still, Netflix shelled out the big bucks to bring Johnson, Gadot and Ryan Reynolds together, each of them at the height of their movie star popularity. That counts for something.

“Red Notice” is streaming on Netflix and is not available in theaters.

All of the pieces are in place in “Red Notice” to make a fine film. Johnson, Reynolds and Gadot are all charming and likable actors. It’s a pretty straight forward heist film that visits lots of fun locations around the world, from a Siberian prison to the jungles of Argentina. And the whole thing is treated as being fun. There are jokes, a lot of buddy comedy material, and even some romance.

There’s also plenty of action. Gunfights, parkour, a daring prison escape, lots of sneaking around; “Red Notice” is chock full of everything one could want in a movie.

So overall, it is definitely a watchable experience.

It’s just that “Red Notice” isn’t greater than the sum of its parts. The banter between the characters isn’t as sharp or as funny as it could be. The action never really rises to anything special. Even some of the twists — while they did catch me unawares — don’t feel as mind-boggling as they should.

“Red Notice” really does fit the mold of a “made for TV movie” in that it’s perfectly serviceable, it’s just not as good as actual movies you can watch in theaters. Fortunately, watching a good-enough movie in the comfort of your own home is also really great.