Review: In ‘Candyman,’ the message minimizes the horror 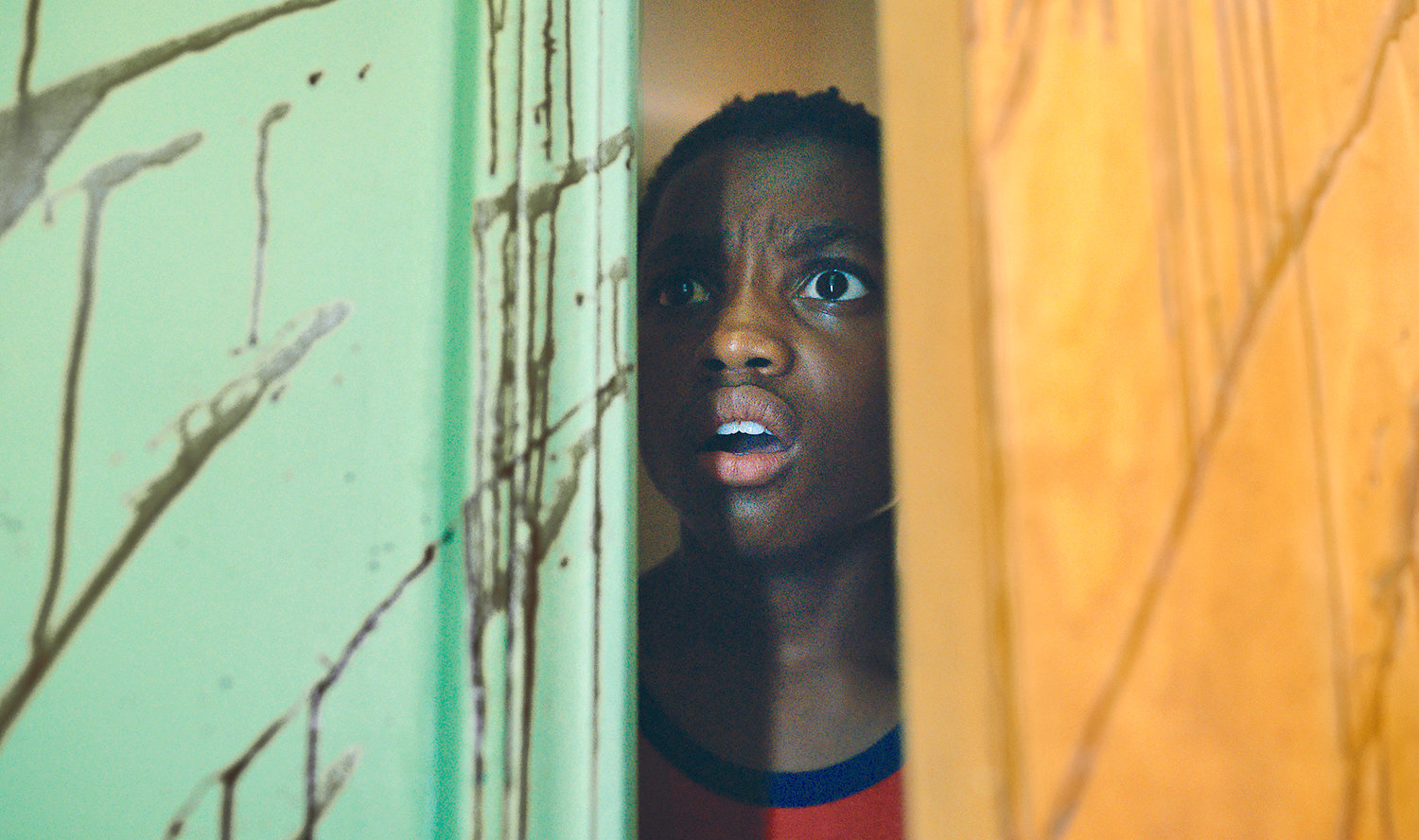 GOOD HORROR FILM — Rodney L. Jones III as Billy in a scene from “Candyman.” “It definitely has the style and spooks of a good horror film; there’s just not much else to recommend as most of it is pretty forgettable.”
(Parrish Lewis/Universal Pictures and MGM Pictures via AP) 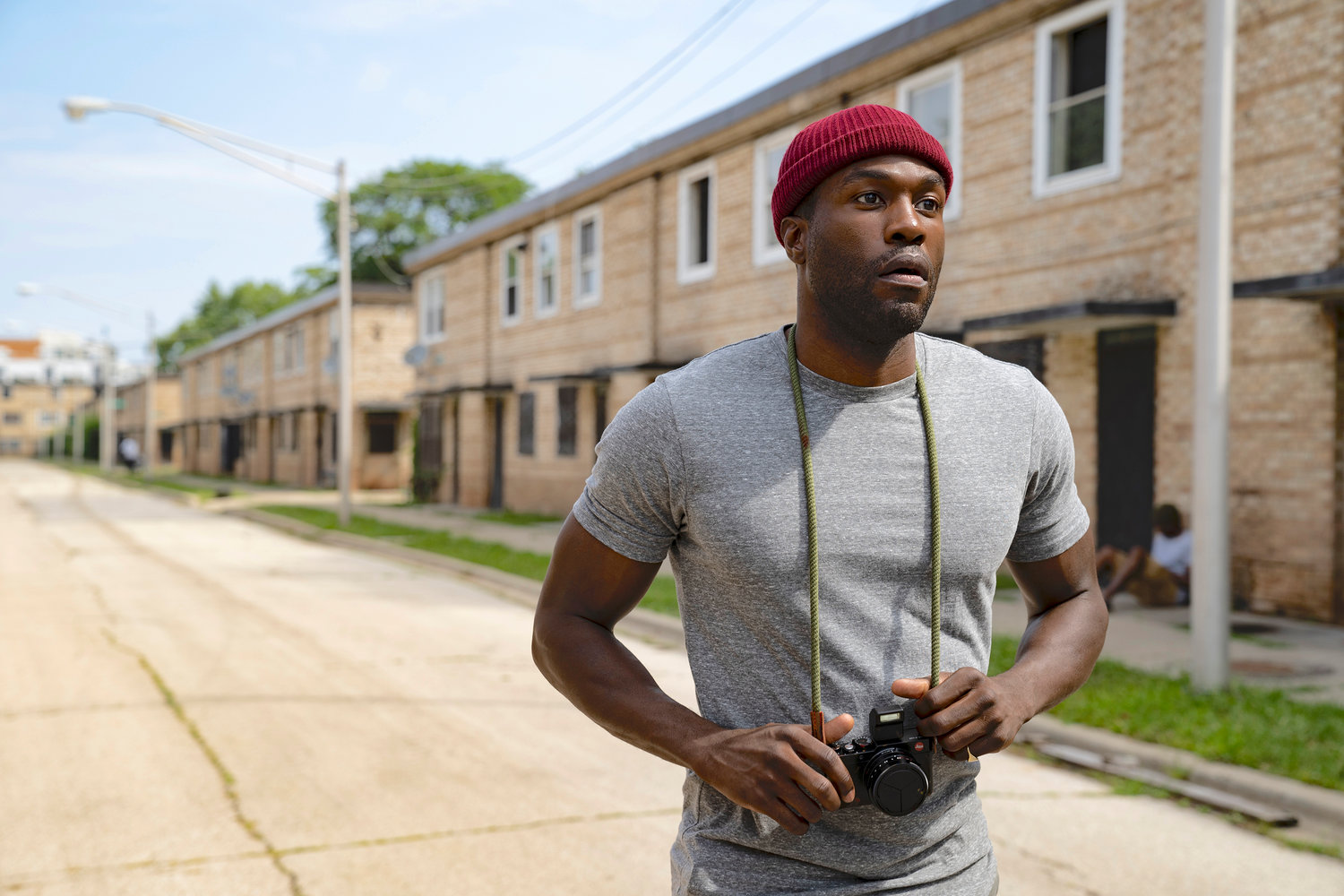 REVIVAL — Yahya Abdul-Mateen II as Anthony McCoy in a scene from “Candyman,” directed by Nia DaCosta. “All of the actors do solid jobs with the material, there are a sufficient amount of spooky things and horror imagery, and the concept in general is OK.”
(Parrish Lewis/Universal Pictures and MGM Pictures via AP)
Previous Next
Posted Sunday, September 5, 2021 9:00 am
Sean I. Mills
Staff writer
email / twitter

Just in time for the end of summer comes a “Candyman” movie revival, a horror film that leans too hard into its message instead of its scares.

In yet another case of a sequel coming decades later, the new “Candyman” attempts to both continue the original story and launch a new franchise.

It definitely has the style and spooks of a good horror film, there’s just not much else to recommend as most of it is pretty forgettable.

“Candyman” is only playing in theaters.

Anthony McCoy is a struggling painter living with his girlfriend in a gentrified Chicago neighborhood.

When he hears the story of Candyman and the former Carbrini-Green projects, he finds a new muse and unveils a new, horrific art piece — which may have the added side effect of bringing the Candyman back to commit more slasher murders.

And if you recognize the name “Anthony McCoy” from the original film, that also plays a big part.

I have never seen any of the original “Candyman” movies from the 1990s and I don’t think that was a detriment to the new film. It was only after watching “Candyman” that I learned it is actually a sequel to the first movie, featuring several of the same characters, and some returning actors.

Still, the new movie does its best to stand on its own two feet.

To an extent, “Candyman” is a fine film. All of the actors do solid jobs with the material, there are a sufficient amount of spooky things and horror imagery, and the concept in general is OK.

There’s just nothing particularly memorable about the new “Candyman.”

There’s nothing that’s really going to stick in your mind.

A major new twist to the series is that the character of Candyman is reworked to be a product of Black injustice.

He’s no longer just a spooky horror villain, he’s the spirit of every Black person who was ever wrongfully murdered throughout history. This change works for the story, but then this change becomes the story and the movie loses a bit of the horror vibe it was going for.

Unless you’re a major fan of the original “Candyman” movies from the 1990s, the new revival just doesn’t have much to offer.

They don’t even properly bring back actor Tony Todd, who made the character so memorable in the first place.