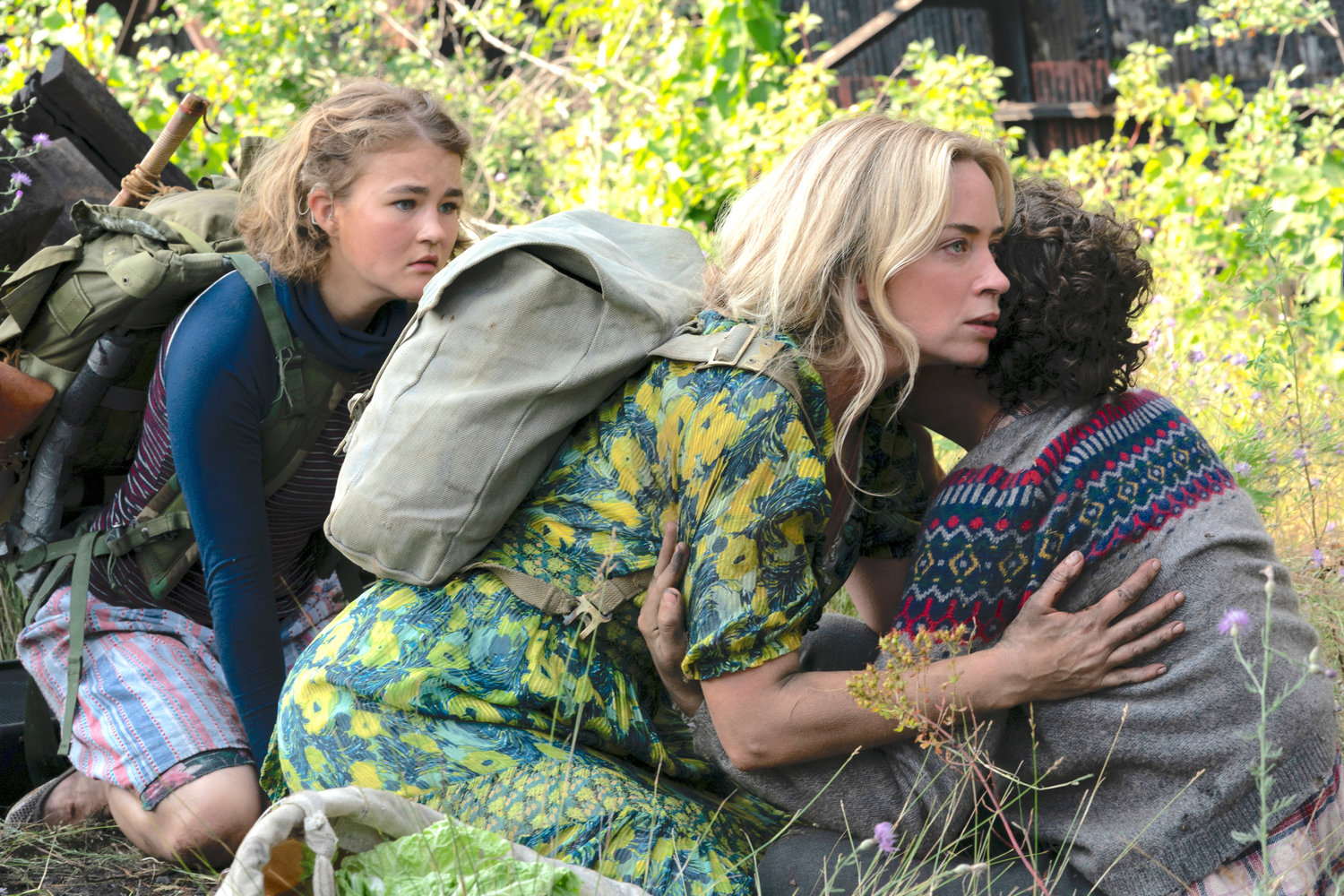 Sometimes a sequel doesn’t have to be bigger and better than the previous film. “A Quiet Place Part II” is just an enjoyable continuation of the first movie, still telling the same silent story.

The first “A Quiet Place” was a big hit for the horror genre in 2018, so a sequel was inevitable. The pandemic pushed “Part II” off for a year, but the delay has not caused any problems. “Part II” is just as tense, creative and entertaining as the first film and this looks to be the start of a whole new franchise.

The world has been overrun by alien monsters that hunt and kill based on sound. Any loud noise is almost guaranteed instant death. The human race has been wiped out, with a few pockets of scattered survivors. In the first film, the Abbott family discovered a way to kill the creatures, but at the cost of their home and father.

In this sequel, the mother and her children — including a newborn infant — set out into the wider world to find a new safe haven and bring their creature-killing method to the masses.

The main gimmick of the first film — that silence is golden — carries over into this sequel and it still works.

Everybody has to be deathly quiet and it allows the actors to really emote and use talents other than their voices. The need to be silent is also a firmly established rule that is constantly used to heighten tension and fear.

Any sound can bring a monster from any direction, making it both predictable and unpredictable. So as a tense horror film, “Part II” has everything you could want. This film will keep you on the edge of your seat.

The characters are also very endearing. The breakout star of the first film, teenage actor Millicent Simmonds, is back for the sequel. She plays the deaf daughter of the main couple and she’s great as a heroic figure. She is key to stopping the monsters, and she takes that responsibility very seriously, driving the plot in the sequel.

Simmonds is deaf in real life and it’s nice to see that kind of diversity in Hollywood casting.

The only issue with “Part II” — if it can even be called an issue — is that the film is more of a continuation than its own story. “Part II” picks up exactly where the first film left off and just continues the story as is. The film doesn’t try to do anything new or anything bold to make it as a sequel. And that’s OK.

“A Quiet Place Part II” is an enjoyable chapter in what is now clearly an ongoing story.