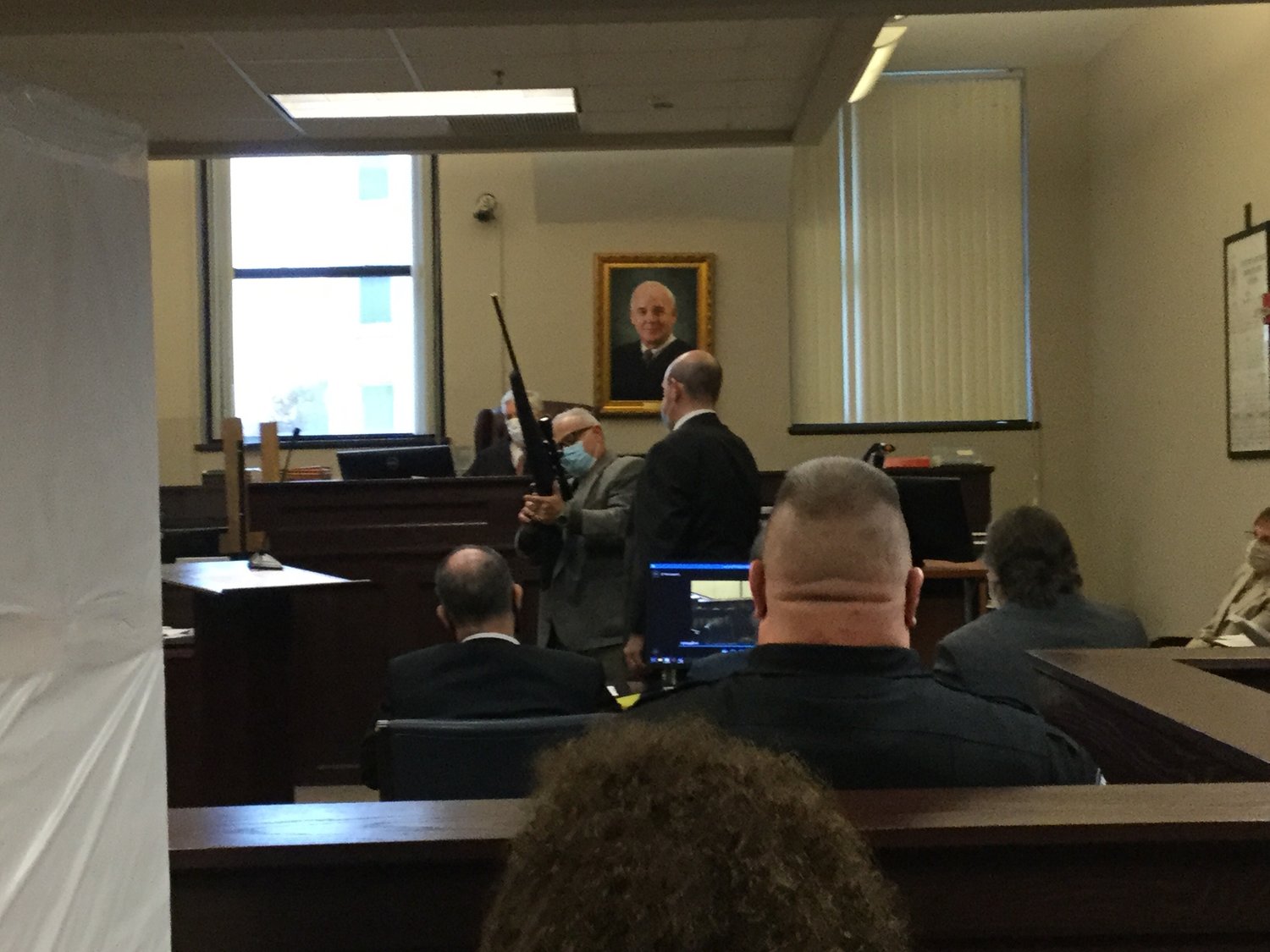 LOCK AND LOAD — Inv. David Cady demonstrates for the jury on Monday afternoon how to use the bolt-action rifle that law enforcers say Jason P. D’Avolio used to murder his estranged wife Kerrilee D’Avolio.
(Sentinel photo by Sean I. Mills) 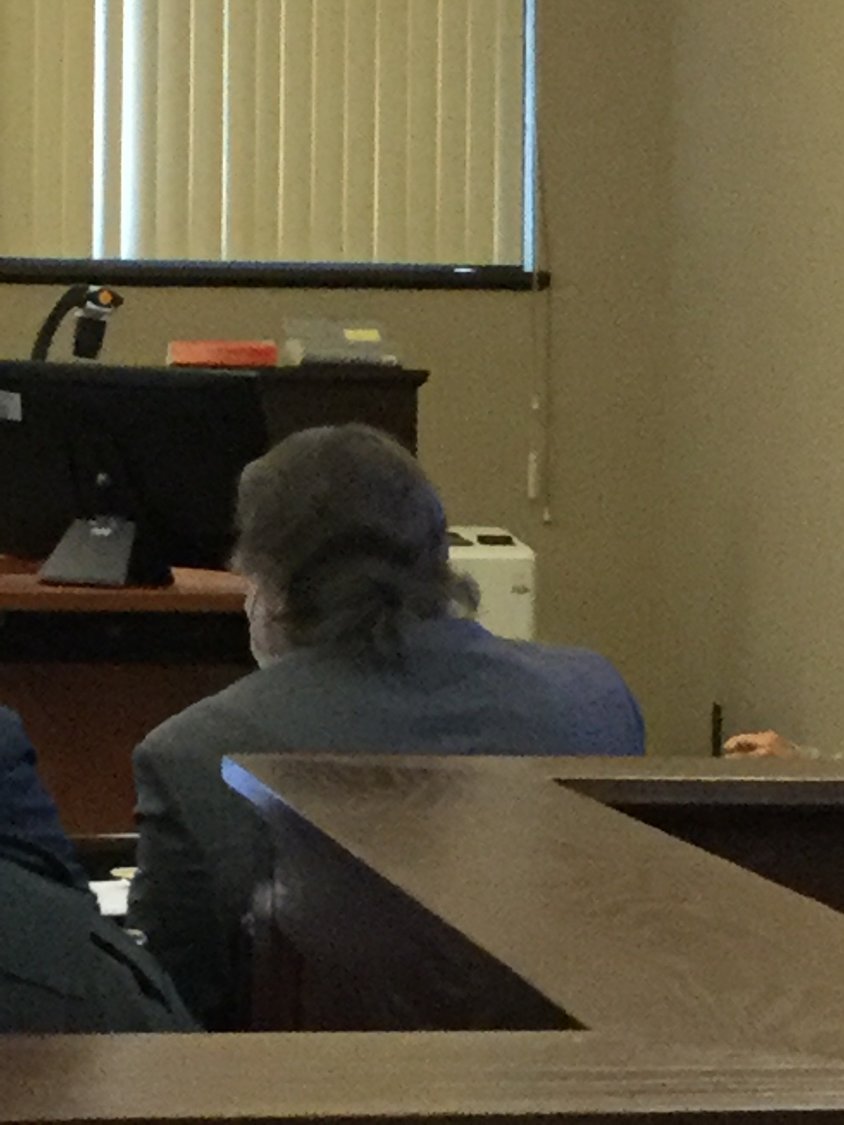 THE DEFENDANT — Accused killer Jason P. D'Avolio sits in County Court on Monday. He is expected to take the stand in his own defense early next week.
(Sentinel photo by Sean I. Mills) 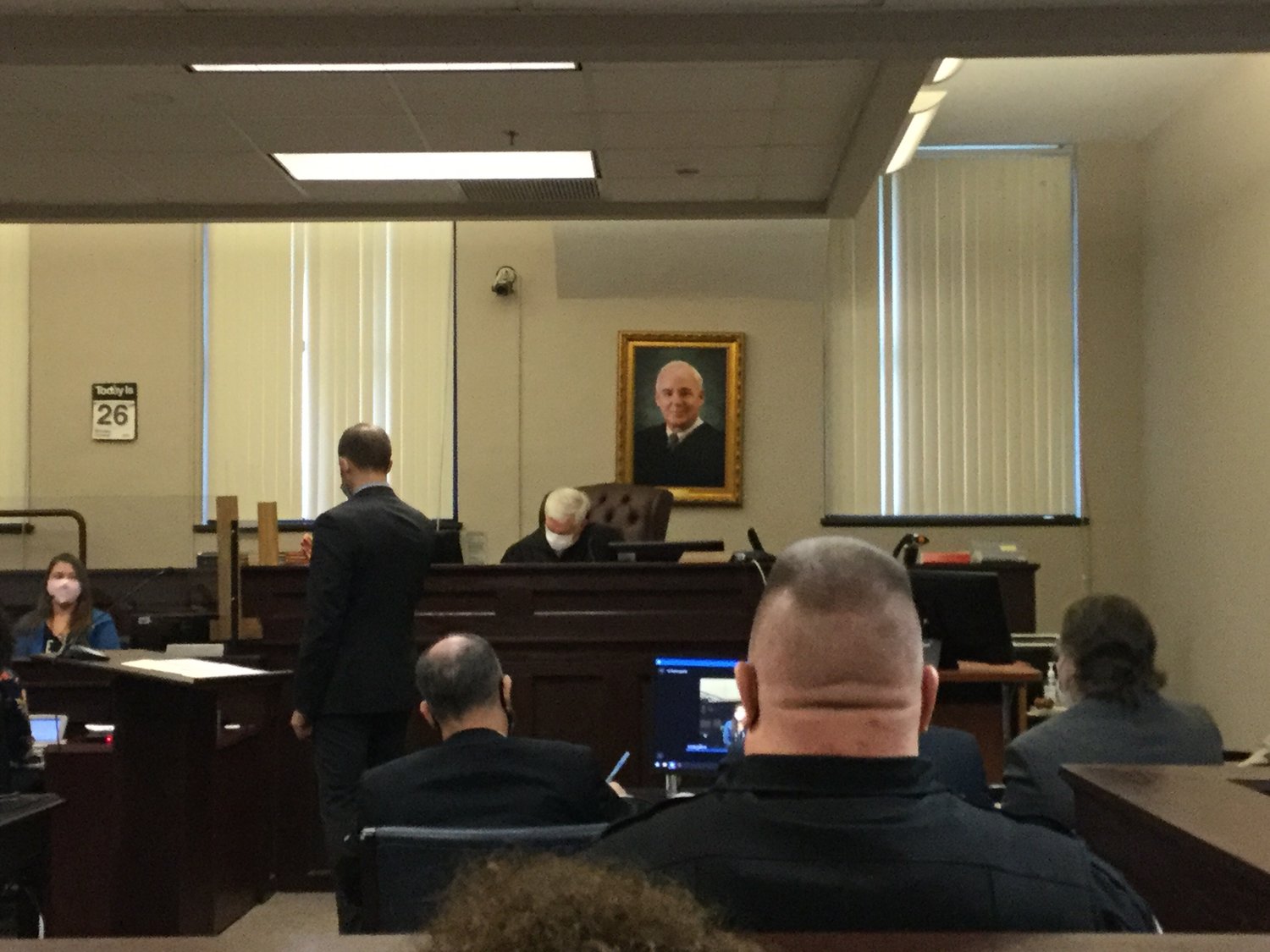 Three key days in April 2019 — during which investigators say accused killer Jason P. D’Avolio bought a bolt-action rifle from the Walmart in Rome — were the focus of testimony in his murder trial on Monday.

In addition to the rifle, police claim comments D’Avolio made during those days indicated why he bought the deadly weapon.

D’Avolio, 48, of Rome, is accused of shooting his estranged wife, Kerrilee, in the back of the head with the rifle at their Belmont Street home on the night of July 28, 2019. D’Avolio is also accused of throwing her body in a dumpster at the Bloomfield Garden Apartments and tossing the bolt action rifle into the Barge Canal.

D’Avolio is charged with one count each of second-degree murder and concealment of a human corpse. Monday was the fourth day of testimony in his trial before County Court Judge Michael L. Dwyer. Testimony is expected to last into next week, when D’Avolio himself is expected to take the stand.

•  On April 3, 2019, D’Avolio began the necessary paperwork to purchase a Remington rifle from the Walmart in Rome, according to a Walmart manager who testified on Monday. The manager said the paperwork is required by federal law.

•  On April 4, 2019, a man later identified as D’Avolio telephoned the front desk at the Rome Police Department with concerns that his wife was going to leave with their three daughters, according to testimony from Patrolman Brian Stevens.

A recording of the roughly three-minute conversation was played for the jury.

In the recording, D’Avolio told Stevens he was “wondering if she has the ability to remove them from this home.” Stevens advised D’Avolio to contact Family Court regarding family and custody issues.

• On April 5, 2019, D’Avolio completed the purchase of the rifle in the morning, according to the same Walmart manager. D’Avolio also purchased some ammunition, a gun case and a gun cleaning kit.

“He was kind of worried that he would go to work and come home one day and she would be missing with the kids,” Dunn testified about the telephone call.

Dunn and another old friend both testified on Monday that D’Avolio called them often with complaints about his crumbling marriage. Both men told the jury that D’Avolio had never expressed any interest in firearms with either of them, and neither one knew D’Avolio had purchased a weapon.

Both friends also testified that there were never any signs of physical domestic violence between D’Avolio and his wife. They also both told the jury that D’Avolio was often in charge of watching the children, and that he could be obsessive about cleaning. Both men also
testified that they never saw any signs that Kerrilee might be depressed.

When Jason D’Avolio was taken into custody by law enforcement on July 29, 2019, he sat down for two interviews with investigators. Recordings of those interviews were played for the jury last week. In one of the interviews, D’Avolio told the investigators that he purchased the rifle as a surprise for his brother, Christian.

Christian D’Avolio passed away in June 2020 and his testimony is unavailable for trial.

Christian’s widow, Michelle D’Avolio, took the stand Monday and told the jury that Jason and Christian spoke on the telephone nearly every day. Michelle testified that Christian would sometimes send the call to speaker phone so that she could join in the conversation.

At some point in the spring of 2019, Michelle testified that Jason asked Christian over the telephone “about different types of weapons, about guns.” She said Jason expressed his “devastation” at the idea that Kerrilee was bringing people to his home.

“He believed that somebody was in his home that was not supposed to be there,” Michelle told the jury. She said Jason told them about the rifle and said he bought it for “home protection.”

“In all of the time that I knew Jason, I never knew him to have a weapon or have a gun,” Michelle testified.

“He said that he finally got to take the gun out and it had a little bit of a kick to it.”

Michelle told the jury that her husband, Christian, was an avid hunter. She said it was Jason who asked Christian to take him target shooting, and she said Christian was hesitant.

“My husband was a little up and down about it,” Michelle told the jury.