Ku Law and his wife Hla Htoo, of Utica, immigrated to the United States from Myanmar in 2009. 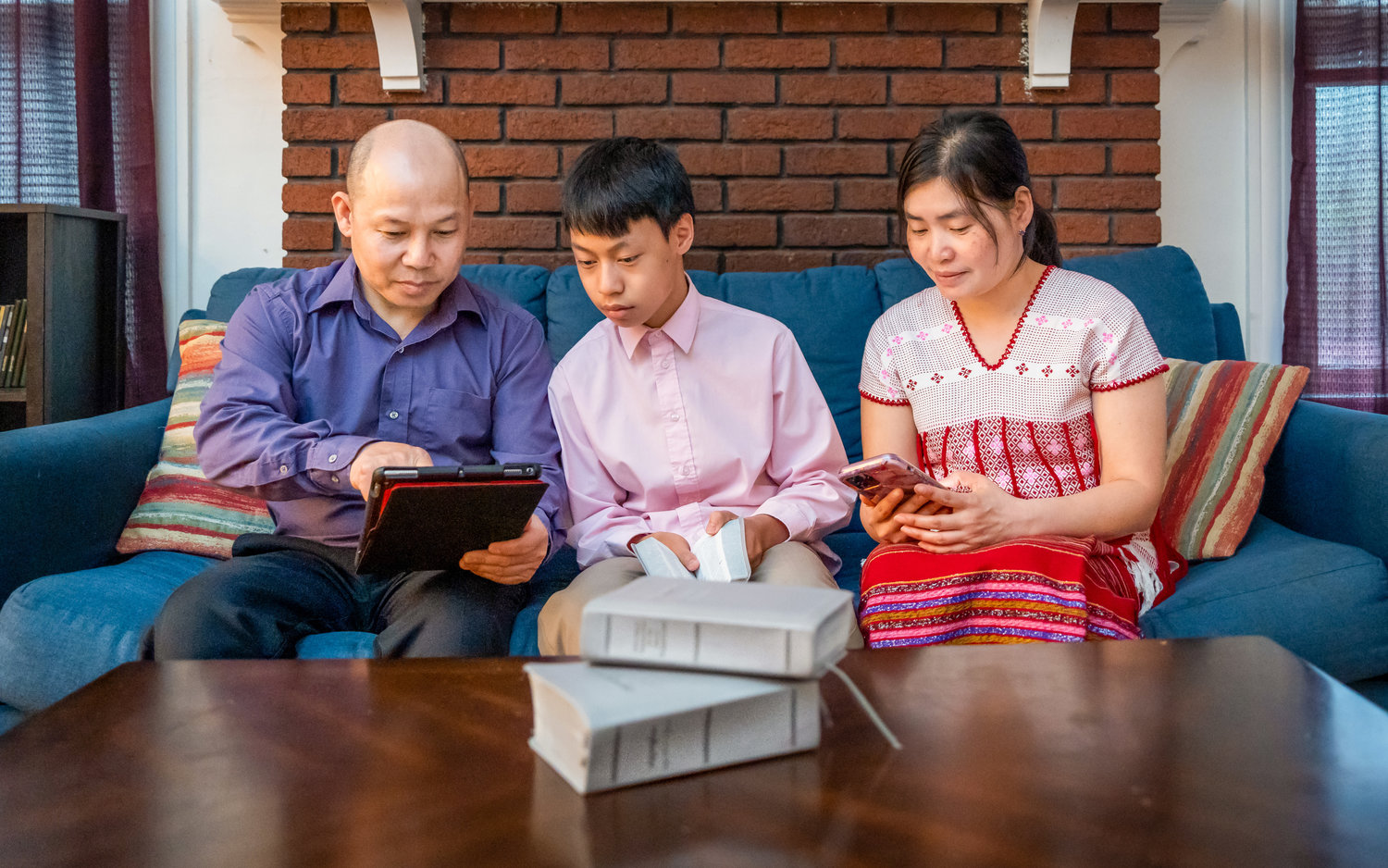 UTICA — Ku Law and his wife Hla Htoo, of Utica, immigrated to the United States from Myanmar in 2009. Their native language is S’gaw Karen. It’s spoken by an estimated 3 million people, mainly in Myanmar and Thailand, making up 0.03% of the world’s population. Ku Law and Hla understand some Burmese and English, but nothing touches them like their own language.

For them, S’gaw Karen reaches their mind and heart. For the last two years, Jehovah’s Witnesses have offered their annual convention program in more than 500 languages at jw.org and free content in more than 1,050 languages.

“We understand that a region’s official language may not be the language of a person’s heart,” said Robert Hendriks, the U.S. spokesperson for Jehovah’s Witnesses. In the United States alone, some 67 million residents speak a language other than English at home. According to UNESCO, education based on the language one speaks at home results in better quality learning, fosters respect and helps preserve cultural and traditional heritage.

“The inclusion of languages in the digital world and the creation of inclusive learning content is vital,” according to its website. That’s true for all ages and for all types of education. Translating spiritually uplifting material into over 1,000 languages takes a considerable amount of time and resources,” said Hendriks, “but we know that reaching a person’s heart with the Bible’s comforting message can only be accomplished if they fully understand it.”

Lao refugee Keo Sysoumang tried attending church services in English after she immigrated to the United States in 1990 but couldn’t understand them. Raised without her parents, constantly on the run from soldiers and unable to attend school, Sysoumang never learned written Laotian.

Then she met Beverly Christenson, a Witness who was learning Laotian in order to bring comfort to refugees in their native tongue.

Between alphabet posters Christenson had brought back from a trip to Laos and Laotian Bible study publications found on jw.org, she helped Sysoumang learn to read. Studying the Bible together in Laotian brought Sysoumang the peace and hope that always eluded her in her homeland.

“My heart is OK. I’m really happy,” said Sysoumang, who now resides in Fitchburg, Massachusetts. For Ku Law and Hla, having Bible-based resources in S’gaw Karen played a central role in improving their lives also. Finally making the connection between the words and their worth, Ku Law began applying what he was reading.

“That’s when I made many changes in my life,” Kul Law said. Hla said Ku Law became a better husband and father, and she is happier because she began to develop a personal relationship with God. Sysoumang, Ku Law and Hla dedicated their life to God, got baptized as Jehovah’s Witnesses, and now share the Bible’s message with others in their respective languages.

Jehovah’s Witnesses released The New World Translation of the Holy Scriptures in S’gaw Karen on March 27. The project took three and half years to complete and involved eight volunteer translators. Ku Law and Hla were among 835 S’gaw Karen speaking Jehovah’s Witnesses around the world who were overjoyed upon receiving the complete Bible in their own language.

“It made me very happy,” said Ku Law. “I feel like God is talking to me.” Ku Law feels having the Bible translated into the language of his heart is evidence of God’s love for all people. He wants everybody in every nation to draw close to him.”