Ever since certain fireworks became legal to use in the month leading up to the Fourth of July in New York, some neighborhoods have sounded like battle zones with so many amateur pyrotechnics. 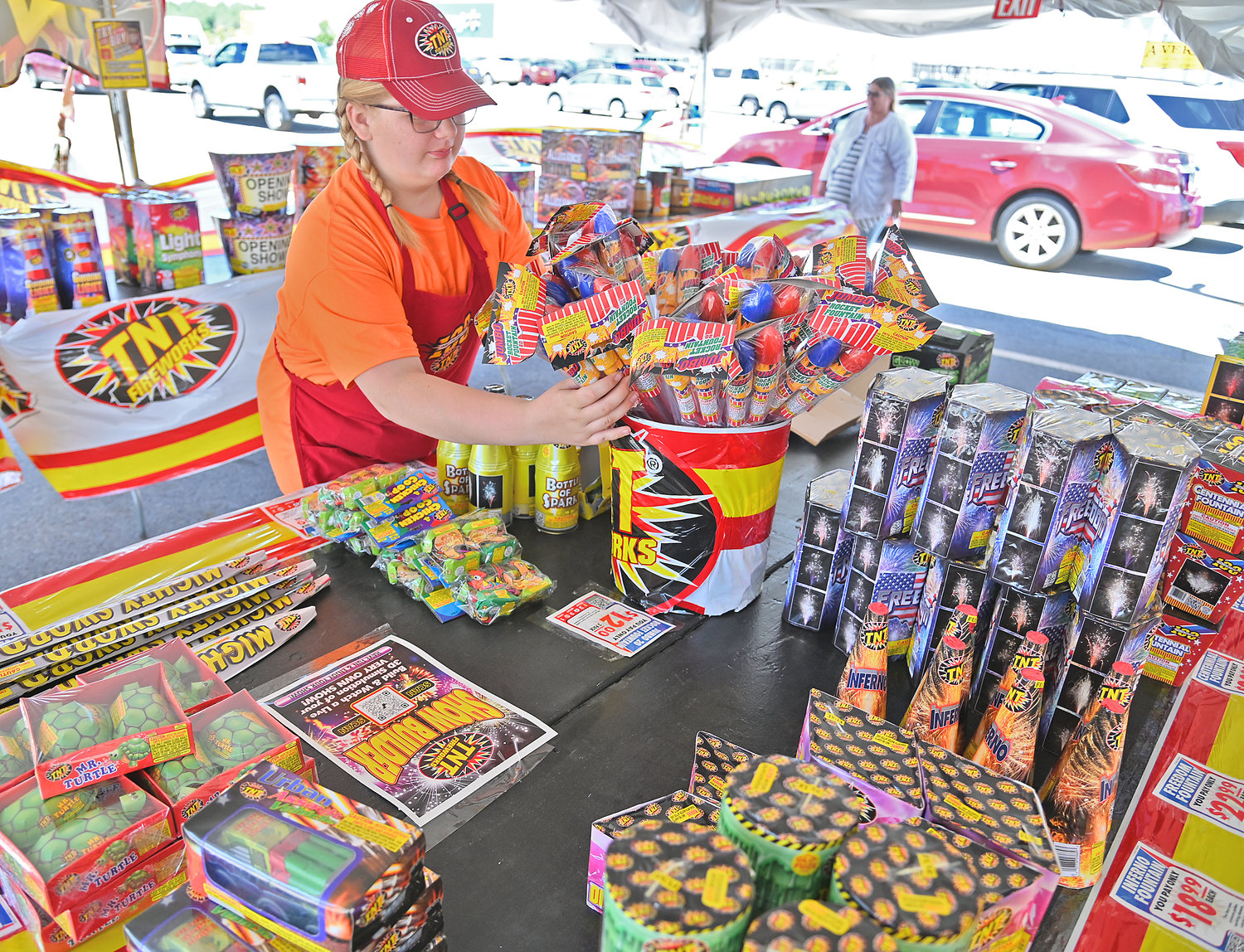 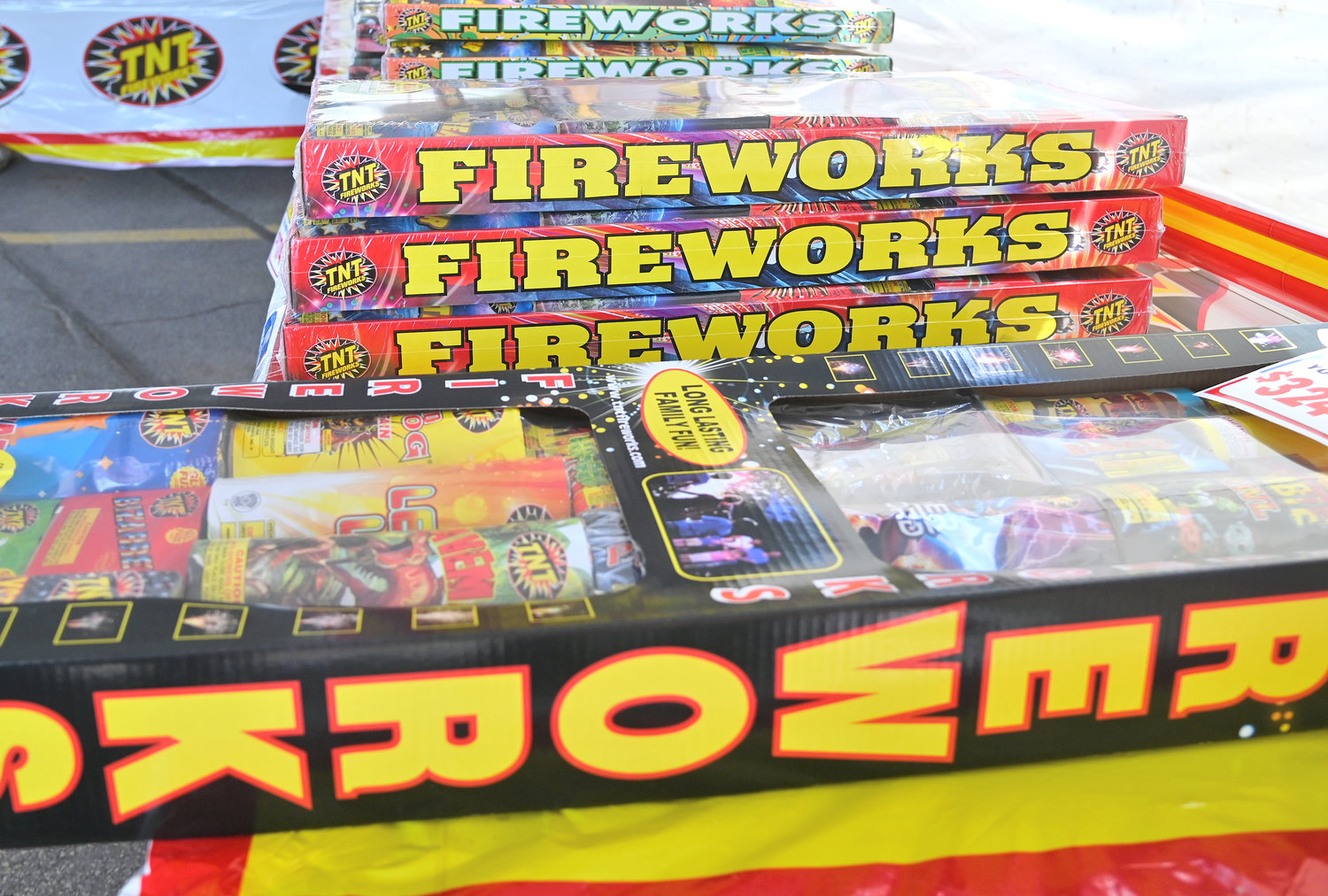 Sparklers, snakes, poppers and other small, legal fireworks for sale at TNT Fireworks in Rome.
(Sentinel photo by John Clifford)

TNT Fireworks set up a tent in the parking lot of the Walmart in Rome to sell legal fireworks in the month leading up to the Fourth of July. These pop-up fireworks dealers have been a mainstay in the area for the past several years, ever since certain fireworks became legal to sell and use.
(Sentinel photo by John Clifford)
Previous Next
Posted Thursday, June 30, 2022 10:23 am
Sean I. Mills
Staff writer
email / twitter

Ever since certain fireworks became legal to use in the month leading up to the Fourth of July in New York, some neighborhoods have sounded like battle zones with so many amateur pyrotechnics.

But local police said they have actually noticed a decrease this year in the number of calls each night for residential fireworks.

“2020 was a huge spike. People being stuck in their homes, needing some kind of relief,” Utica Police Sgt. Michael Curley stated. “This year, we’ve hardly seen any at all. I don’t really have a reason for it, but we’ll take it.”

Even still, the Fourth of July weekend is coming up and police want to make sure you’re staying safe and following the law.

Certain fireworks are legal in New York for personal use and sale in the month leading up to the Fourth of July — as long as they fit certain criteria and stay on the ground. The law went into effect in 2014.

“It has to be one that doesn’t explode,” Curley explained. Nothing with an ordinance and nothing that shoots into the sky.

Violating the law can lead to violation or misdemeanor charges, or even a felony, if you have multiple similar convictions on your record.

“Ground fireworks are the only thing that’s legal,” noted Rome Police Lt. Sharon Rood. And to stay safe when using legal fireworks, Rood said to “follow the manufacturer’s instructions and stay at a safe distance.”

Even though police officials said they have seen a reduction of the fireworks noise complaints this month, their officers still respond when a citizen has a problem.

“It’s still a noise complaint. We’ll come if you call,” said Rood. But the officers noted that the fireworks law is not easy to enforce because of the nature of the evidence and what the officer can prove. Neighbors don’t usually complain until after the fireworks have gone off, and the officers don’t arrive on the scene until the dust has already settled.

“Unless we witness it in our presence going off, it’s difficult to enforce,” Curley stated. He added that if the officer doesn’t personally witness the illegal firework going off, he or she would need a witness to give an accusatory statement — which is unlikely if the only witnesses were those enjoying the fireworks.

Curley said a lot of calls will therefore end with the officer telling the participants to clean up the mess, and a warning against setting off illegal fireworks.

“We just want people to enjoy the Fourth,” Curley stated. He asks people to be considerate of pets, young children, seniors or people suffering from PTSD, including veterans for whom the sounds of explosions in their neighborhoods can be difficult. “Be a good citizen, be a good neighbor,” Curley said.