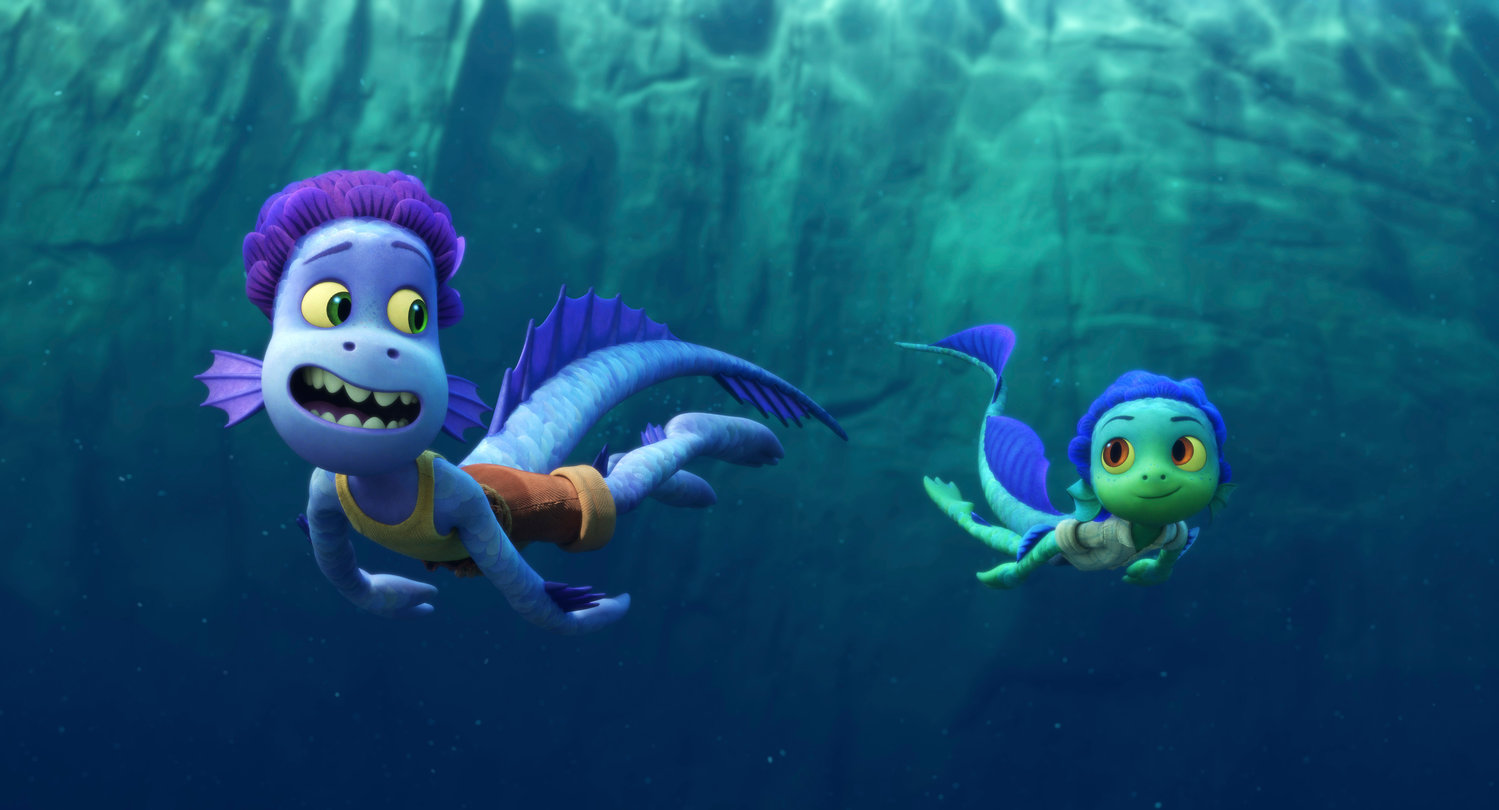 Pixar films have been hit or miss for me over the past few years, but they get it just right with the charming and colorful “Luca”.

The days of Pixar greatness are long behind us at this point. Fortunately, they are still a powerhouse of an animation studio, and they really captured the joy and playfulness of youth with “Luca”. I don’t think this new film will rank among the Pixar greats, but it’s short, sweet and nicely straight forward. It’s just a fun and touching little film.

“Luca” was supposed to debut in theaters but the pandemic has relegated it to Disney+ streaming. That means it is perfect for a movie night at home with the family.

Luca is a young sea monster boy living with his family off the coast of Italy. When he meets another sea monster boy, Alberto, Luca learns that sea monsters turn into human beings when on dry land, and the two of them embark on a summer of fun and frivolity in the sun.

But Luca’s parents don’t want him taking such risks on the surface world, and they threaten to send him away to live with a distant relative at the bottom of the ocean. So Luca and Alberto run away to a nearby coastal town where they have to blend in to survive.

“Luca” is, thankfully, not a complicated movie. There are no extraneous sidekicks or plot lines to bog down this short and sweet adventure. It’s just a couple of fun and relatable kids fighting for the right to be kids.

The friendship between Luca and Alberto is the heart of the film, and like any good movie, it has its ups and downs over the course of the story. Because the two characters are just so charming and fun, the audience easily becomes invested in their story. It helps that all of the supporting characters are just as charming, from Luca’s concerned parents to the various humans they meet in the town. It’s a really nifty cast of characters.

The plot follows the pair teaming up with a rambunctious human for a local bicycle race, and this works well to keep the story moving. Luca and Alberto want to use the prize money to buy a Vespa scooter so they can travel the world. This builds from their earlier adventures and keeps the movie focused on the one overarching story.

Throw in the oddities of being sea monsters posing as humans, and all the various kooky characters in the town, and you’ve got a really enjoyable movie. And a really touching one as well. Pixar wouldn’t be PIxar if they didn’t try to tug at your heartstrings, and “Luca” delivers in that regard as well, at least a little.

“Luca” is not one of Pixar’s all-time greats. It’s not their best film artistically. What it is is just a simple, fun and enjoyable animated adventure that knows exactly the story it wants to tell and tells it well.