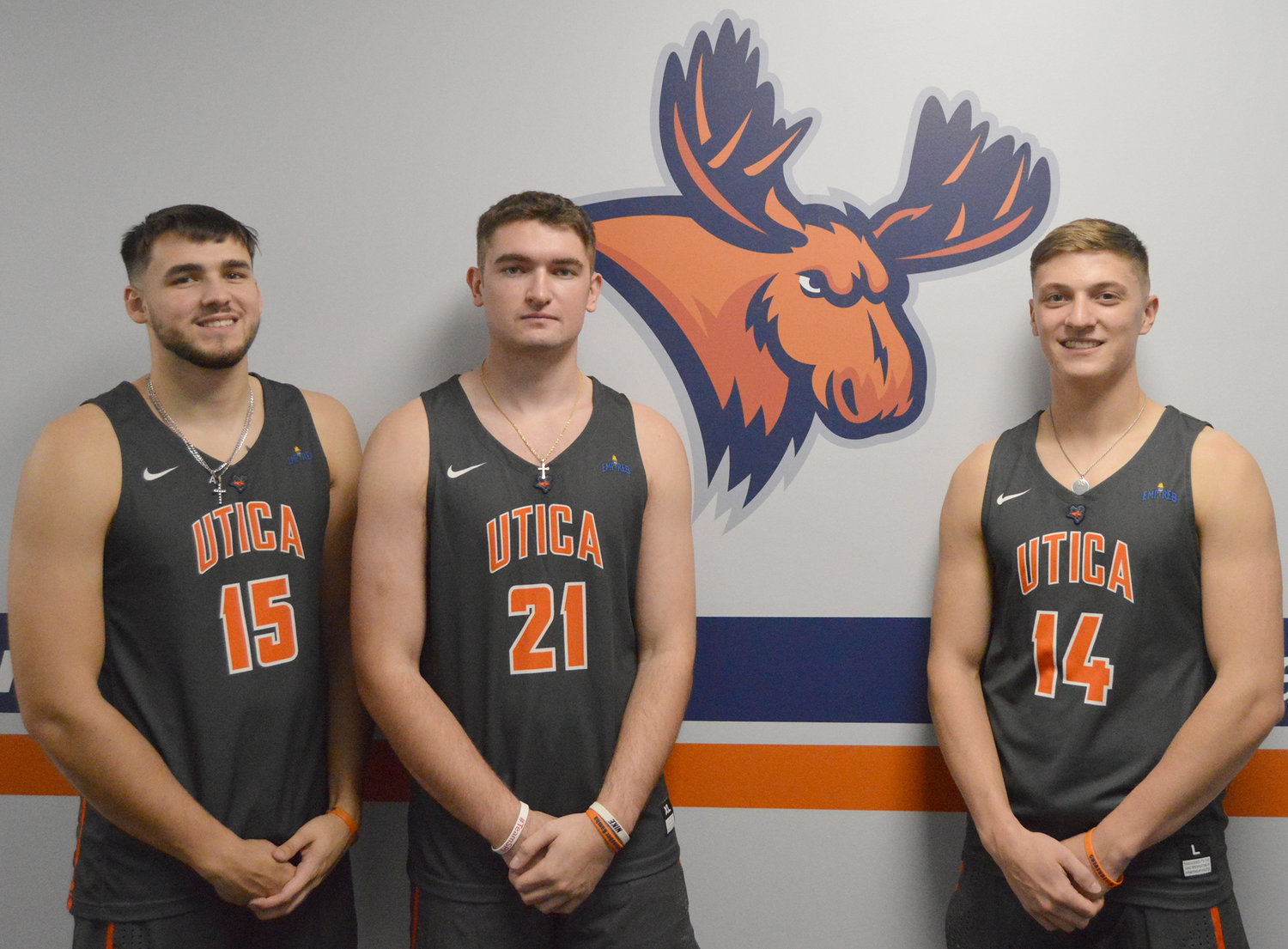 “We’ve been the hunters for a while and now we’re the hunted,” sixth-year head coach Sean Coffey said. “We’re the team that came out with the championship. Shortened season or not, it was a difficult year, just mentally between pauses, starts and stops. But this year, it’s a little different mentality when you’re being chased a little bit. You just can’t rest on past victories or past goals that have been accomplished.”

Coffey said the Pioneers need to keep setting more goals, one of them reaching the NCAA tournament.

“The fact that there wasn’t a Division III national tournament last year, there’s still kind of that carrot hanging out there for those guys to go out and accomplish and experience. So that’s definitely been a motivating factor.”

UC is coming off a 10-2 season, which ended with a six-game win streak.

The Pioneers begin the 2021-22 season on Nov. 12 in the Rutgers Newark Tournament when they face Eureka College a 5 p.m. UC’s first home game is on Dec. 4 when they host Hamilton College at 3 p.m.

Utica College opens up E-8 play on Jan. 7 when the Pioneers host Elmira College at 7:30 p.m., but Coffey and UC are taking it one game at a time.

“We’re definitely taking it one game at a time,” Coffey said. “But I think they know that certain games will be a little more intense than others, but we want to win local games. Those are important to us and they’re good tune-ups for the intensity of the conference games that mean so much in this league. We’re also looking forward to playing the best teams in the league. There’s probably been three or four of us that have been at the top each year and we want to go out and beat the best teams.”

“Obviously, I’m looking forward to playing more games and having a full season this year,” Call said. “But we’re just trying to make the NCAA tournament, which we would have made last year.”

Call averaged 6.2 points and 4.3 rebounds per game. This season, he’s looking to make more of an impact for the Pioneers.

“An individual goal that I have is to make an all-conference team and just trying to improve all around statistically and with our defensive schemes,” Call said. “I also want to improve on averaging more and overall.”

“I’m expecting him to really explode this year,” Coffey said of Call. “We still haven’t had a full year to coach him. Last year was kind of on the fly, kind of throwing him in there and getting a chance to see him as a player at this level amongst the good players There’s just times where he’s so dominant around the rim. He’s gotten bigger and stronger, he’s worked on his body, he’s worked on his shooting, which is something we’ve talked quite a bit about.”

By the time the Pioneers open up conference play, Coffey expects Call to be in a groove.

“I expect him to be in a great rhythm and be one of the best players in the league,” Coffey said.

Morreale was named to the E-8 first team last season. He averaged 11.8 points per game and 4.2 rebounds. He had 14 steals which led UC and was good for seventh in the conference.

Morreale said one of his big goals this season is to help the Pioneers as much as he can.

“It’s all about the team,” Morreale said. “I don’t really care about the individual awards too much. When it comes to championships, those are the ones you care about.”

“Tommy is just Tommy,” Coffey said. “He’s just one of those guys that rolls out of bed and he’s really good. He understands the game and he’s very good at simple, and that’s not a knock on him. He keeps his game simple, he doesn’t try to do too much and he’s very good at what he does. He can score from anywhere on the floor and he’s a real matchup nightmare.”

Harter was named last season’s Empire 8 Sportsman of the Year.

“We want to continue the success from last year’s Empire 8 championship,” Harter said. “We’re hoping that this year, we’ll be able to make a run again and repeat as champions and make a run in the NCAA tournament.”

Harter said he’s not one for personal stats; he just does his role for the team to the best of his ability.

“At the end of the day, wins speak louder than stats,” Harter said.

“DJ has really worked himself into a player,” Coffey said. “He’s going to be in the rotation, and he’s going to play. He’s in our top nine guys right now and we’re going to play about 10 guys. I expect a lot from him.”

“He’s a kid you can really rely on on the floor,” Coffey said.

ALBANY (AP) — An officer was justified in fatally shooting an Oneonta man who was threatening his toddler son with a knife last April, New York's attorney general's office wrote in a report. Tyler …