Pair of teens rescued from rising water in Trenton 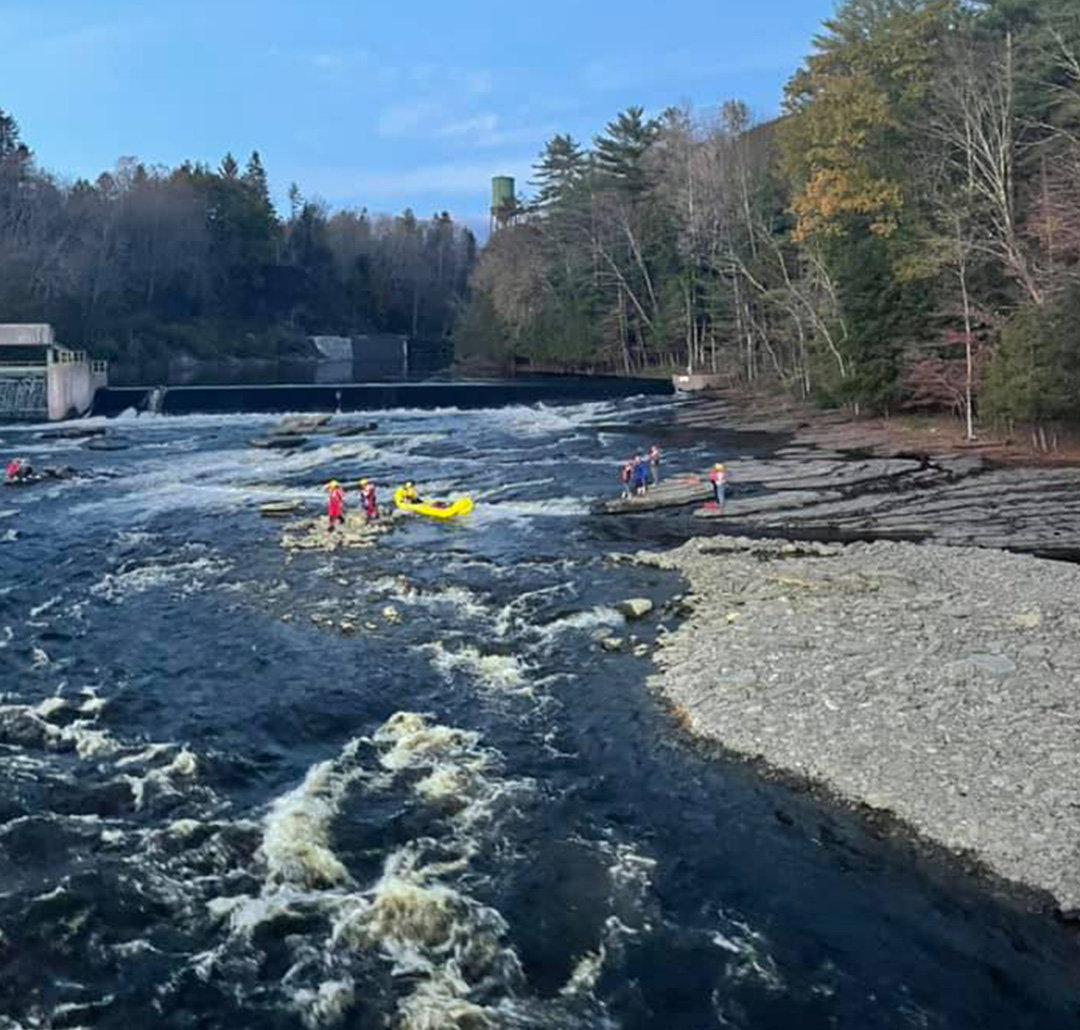 TOWN OF TRENTON — Two teenagers fishing in the West Canada Creek were rescued Friday evening after rapid, rising water trapped them on the rocks., according to local fire officials.

The fire officials said the teenagers were unfamiliar with the area and did not recognize the sound of the sirens from the Brookfield hydro-plant was a warning about the release of a flow of water from upstream.

“They were out fishing on the rocks when there was a controlled release of water,” explained Trenton Joint Fire District Chief Kevin Kalk.

“They were unfamiliar with the area. So when the siren went off, they didn’t know what it meant.”

The boys, around age 16, were several hundred feet from shore, with the swift-moving water too deep to attempt to cross, authorities said.

The Barneveld Fire Department responded but were unable to reach the teens.

Kalk said the department trains for shore-based rescues, but their throw bags were unable to reach the stranded teenaged fishermen.

Members of the Oriskany unit used one of the team’s rescue boats to cross the creek and reach the teens, getting them on board and bringing them back to shore.

“It was a very good joint effort. It went very smoothly,” Kalk stated. He noted that the entire rescue took about an hour and a 15 minutes.

“Once they were brought to shore, they were evaluated and released,” the chief said.

Neither of the teens was injured.

Kalk said a representative from Brookfield Power was also on scene and was able to shut down the hydro plant discharge, allowing the water level to drop.

Kalk said there are signs at the creek warning people of the siren and rising water levels. Kalk said the West Canada Creek is a “very popular fishing destination,” and anyone casting a reel in the area should familiarize themselves with the location and all of the warning signs.

The identities of the stranded teens were not released. Even though they were in real danger, Kalk noted, “they were happy with the fish they caught.”