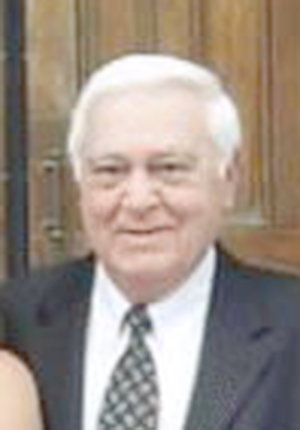 In 1955, Tony was drafted into the United States Navy serving his country aboard the USS Hale DD642 until his honorable discharge in 1957.

Tony was employed as a Grants Manager Specialist for the NYS Dept of Labor, retiring in 2001. He was previously employed by Oneida County as an Adult Probation Officer.

He was a former member of St. John the Baptist Church.

Tony enjoyed spending his summers at his camp on Pleasant Lake in Brantingham, NY, and his winters in his home in Florida. He also enjoyed spending time with his children and grandchildren.

Private graveside services will be held at the convenience of the family at Holy Trinity Cemetery where Tony will be entombed in the Resurrection Chapel Mausoleum. There are no calling hours. Memorial contributions may be made in Tony’s memory to Vienna Volunteer Fire Department. Arrangements by Nunn and Harper Funeral Home, Inc., 418 N. George St., Rome. You may light a candle, send a message of sympathy, and read the obituary at www.nunnandharper.com.