A third-party auditor will review the New York state government’s response to the COVID-19 pandemic ... 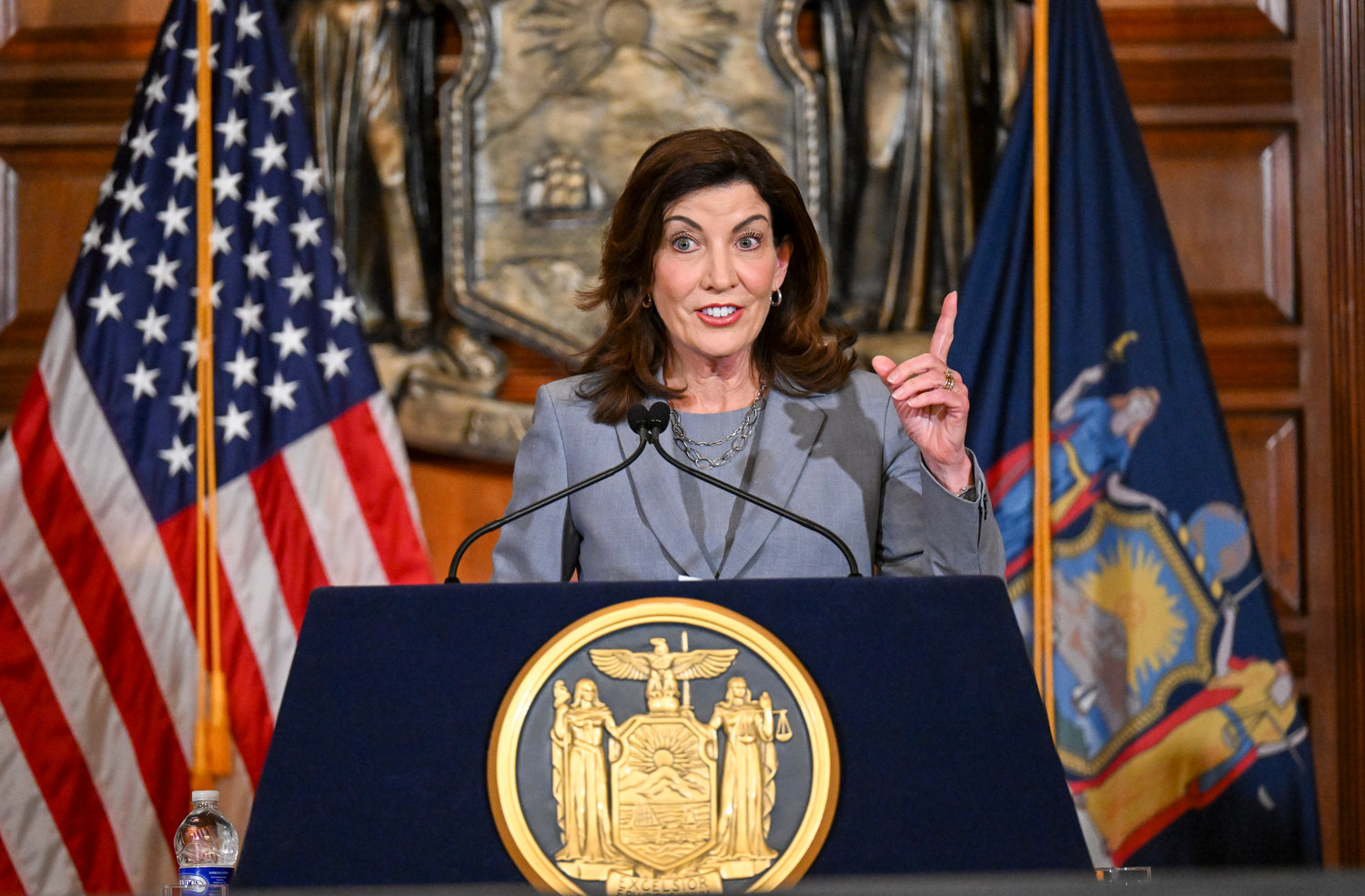 FILE - New York Gov. Kathy Hochul speaks to reporters about legislation passed during a special legislative session in the Red Room at the state Capitol, July 1, 2022, in Albany, N.Y. As President Joe Biden runs up against the limits of what he can do on abortion, gun control and other issues without larger Democratic majorities in Congress, some in his party want more fire and boldness than the president's acknowledgement of their frustration and calls imploring people to vote in November.(AP Photo/Hans Pennink, File)
AP
Posted Saturday, July 23, 2022 7:00 pm
Marina Villeneuve, Associated Press

ALBANY  — A third-party auditor will review the New York state government’s response to the COVID-19 pandemic, including efforts by the administration of the previous governor to downplay the number of deaths of nursing home residents.

The state plans to select an auditor, who would have until late 2023 to deliver a final report, under a timeline released Tuesday by the office of current Gov. Kathy Hochul, a Democrat. Initial findings are expected in May.

The report will include a planning guide for future emergencies and will explore issues from the transfer of nursing home patients to the reopening of schools and businesses to efforts to purchase needed medical supplies.

The governor, who is running for her first full term in November and won the recent June Democratic gubernatorial primary, promised in mid-March to eventually launch a review of the state’s COVID-19 response.

Critics, including Republicans and Democratic Assemblymember Ron Kim, have said the Hochul administration has waited far too long to launch an investigation.

Hochul’s spokesperson, Hazel Crampton-Hays, said the timing of the investigation is not connected to politics.

“New Yorkers who have lived through being at the epicenter of a global pandemic, lost loved ones, and experienced economic hardship deserve a thoughtful, meaningful, and independent after action review, and we won’t rush through this important work for the political calendar,” Crampton-Hays said in a statement.

Several state bodies have already probed the response to the pandemic in New York — including an ongoing investigation into nursing homes led by state Attorney General Letitia James, a Democrat.

The Democratic-led Legislature has failed to approve a bill to launch a bipartisan commission with subpoena power to probe New York’s COVID-19 response in nursing homes.

Kim said the auditors must probe the handling of COVID-19 outbreaks at nursing homes and other long-term care facilities, including the impact of the Cuomo administration’s efforts to obscure the death toll by excluding out-of-facility deaths.

That toll excluded the deaths of over 4,000 New Yorkers, according to numbers released by the state in January 2021 in the wake of a damning attorney general report. James’ report also found a lack of infection controls at nursing homes put residents at increased risk of harm.

Cuomo and his administration used that incomplete data to erroneously claim that New York’s share of COVID-19 deaths of nursing home residents was among the nation’s lowest. A March report by state Comptroller Tom DiNapoli called that claim “misleading” and said Cuomo officials should have known its data wasn’t comparable to other states that included out-of-facility deaths.

James’ report found that directive “may have contributed to increased risk of nursing home resident infection and subsequent fatalities.” But James said the state needs additional data and analysis to conclusively prove such a link. Kim said auditors should investigate a state law that provided nursing homes and hospitals one of the broadest legal protections in the nation from both lawsuits and criminal prosecutions.

Meanwhile, DiNapoli found “persistent underinvestment in public health” may have hampered New York’s pandemic response, as local and state health agencies struggled with inadequate staffing. Hospitals fearing supply shortages in spring 2020 instituted policies in some cases requiring use of a single surgical mask for a week.

In early 2020, as concern over COVID-19 mounted, Zucker repeatedly assured the public that New York had enough stockpiles of medical supplies.

But AP’s review of state expenditure reports found Zucker’s agency only began spending far above average on medical supplies by March 19, when spending jumped from $1.6 million to $9 million.