A local history writer from Fulton will release a new book in October, “Historic Snowstorms of Central New York.” 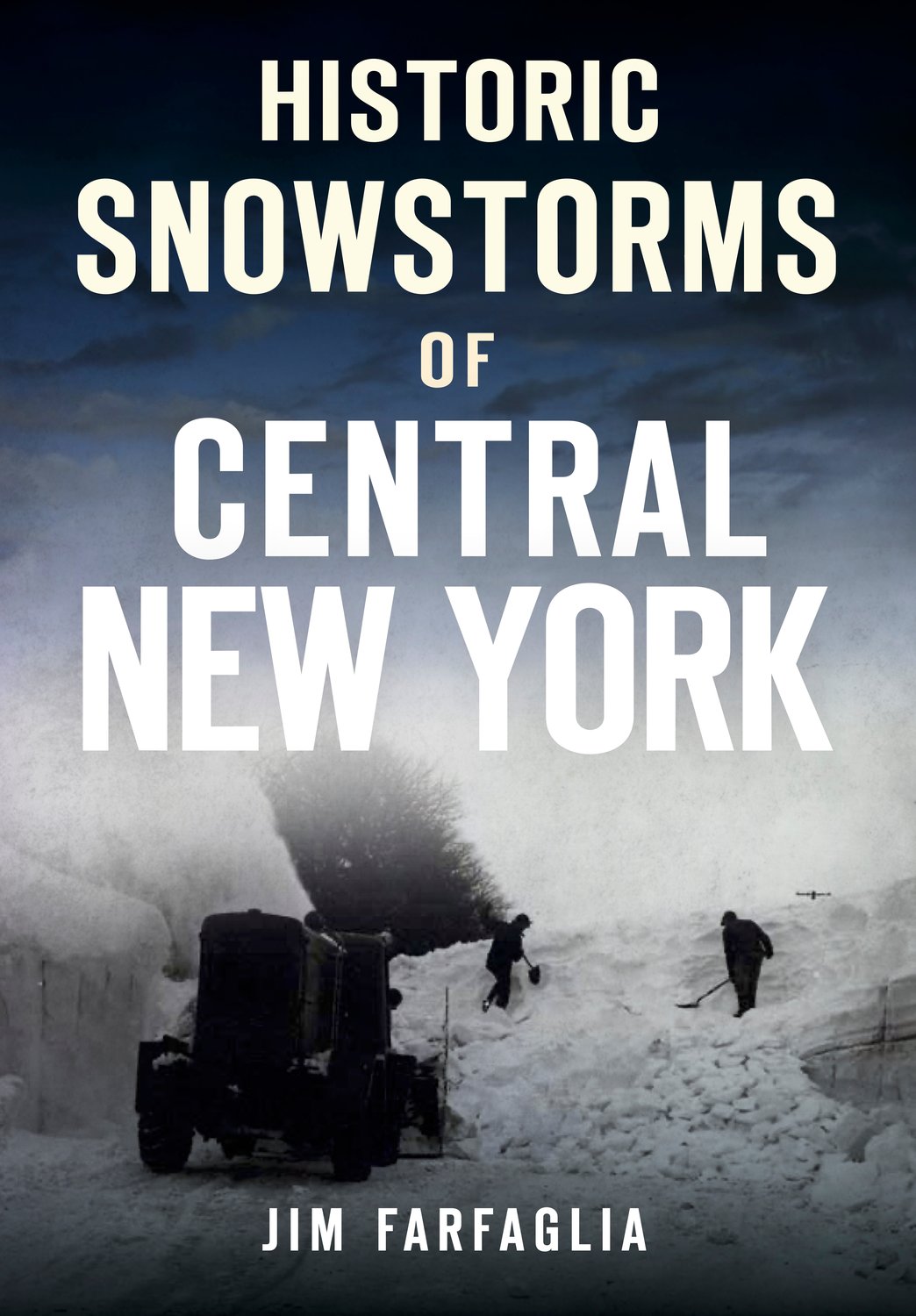 The cover of James Farfaglia’s book that will be released in October.
(Photo submitted)
Posted Tuesday, September 6, 2022 4:00 pm

FULTON — A local history writer from Fulton will release a new book in October, “Historic Snowstorms of Central New York.”

James Farfaglia said he’s tracked down some of the biggest snowstorms of the Central New York region in the last 200 years and collected stories from those who survived the storm.

Central New York is renowned as one of the snowiest regions in the world. In the past, major snowstorms have crippled cities, towns and farming country for weeks at a time. But once people manage to dig themselves out, they have stories to tell.

Fulton writer Farfaglia, author of “Voices in the Storm: Stories from the Blizzard of ’66,” recently took a long look back at Central New York’s winters to uncover its biggest storms and their impact on residents.

“After I wrote the Blizzard of ’66 book people kept telling me their storm stories,” Farfaglia said. “Some folks insisted that I’d written about the wrong storm — that 1947 or 1958 was worse. That got me wondering how far back I could go to find interesting winter weather stories. I ended up back in the 1700s, before our country was founded. But, of course, there was snow back then — plenty of it.”

Though he researched details such as the amount of snow that fell or how low temperatures plunged during those storms, Farfaglia was most interested in uncovering the stories of survival.

“You can only write about snowfall totals so many times,” he explained. “I wanted my book to capture the heartiness of Central New Yorkers.”

The result is Farfaglia’s new book, “Historic Snowstorms of Central New York,” published by The History Press. Over 100 towns and villages are featured, along with nearly 50 photographs stretching back to the 1880s. The book is available at the River’s End bookstore, in Oswego; the Village Shops, in Fulton; and Parthenon Books, in downtown Syracuse. It can be ordered online at www.arcadiapublishing.com.

Farfaglia is also offering a PowerPoint presentation based on the book for history-based groups, clubs and other organizations. To inquire about his program, contact him at sjimf903@gmail.com or www.jimfarfaglia.com.

In 2011, after a fulfilling career directing a children’s camp and advocating for youth, Farfaglia transitioned to his lifelong interest in writing. Splitting his time between poetry and what he calls, “story-driven nonfiction,” his books include, “Nestlé in Fulton, New York: How Sweet It Was,” “Pioneers: The Story of Oswego County’s Search and Rescue Team,”
“Voices in the Storm: Stories From The Blizzard of ‘66,” and “Of the Earth: Stories From Oswego County’s Muck Farms.” Farfaglia also enjoys helping others fulfill their dream of writing a book. Visit his website at www.jimfarfaglia.com.