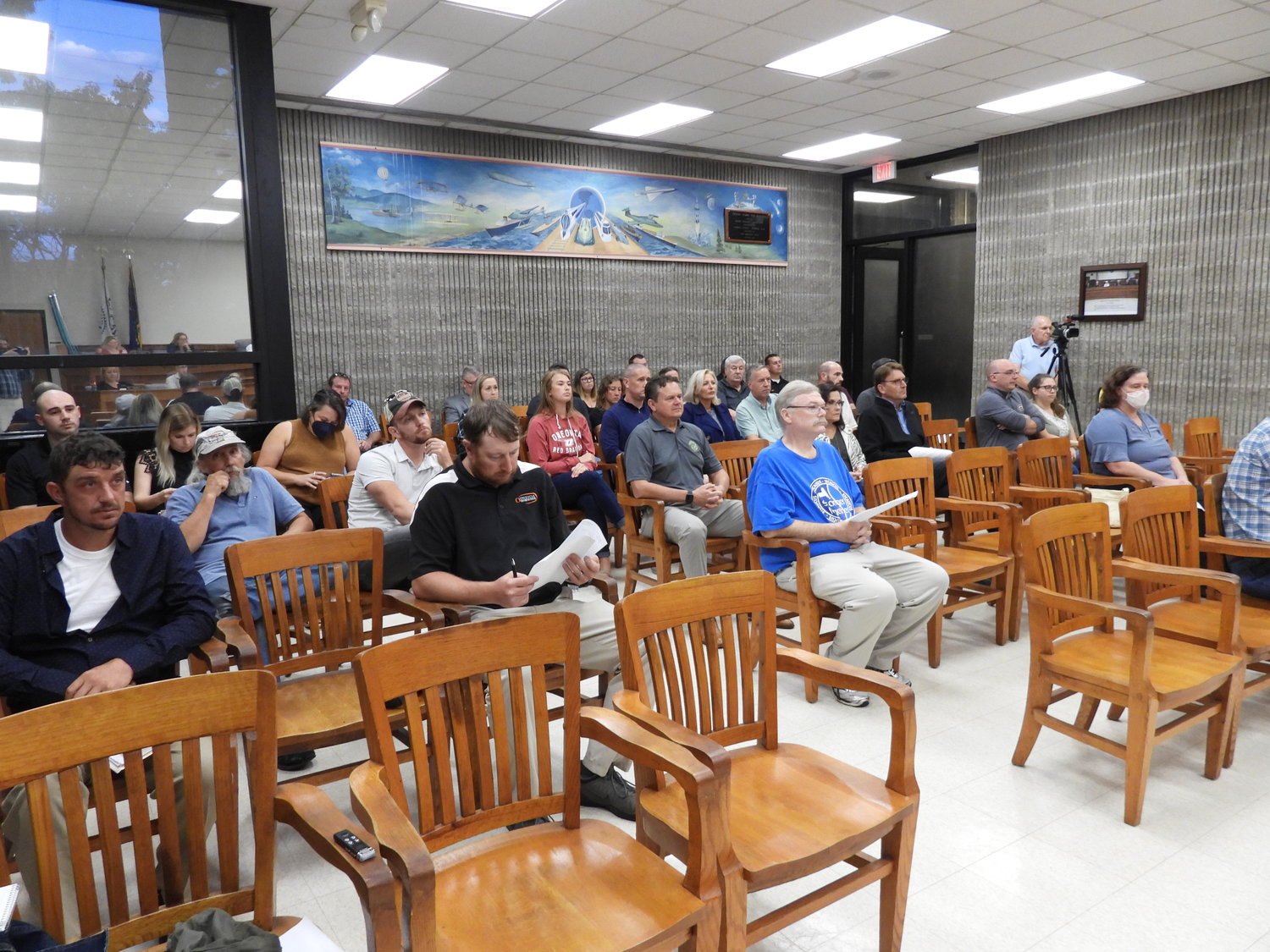 ONEIDA — It was a full house for the city of Oneida’s Common Council meeting on Tuesday, Sept. 21, with many residents coming out to air their concerns. First to speak during public comment period was Dominick Cianfrocco, who was concerned about the state of the building next door and wanted action.

“The building has been abandoned for the last five years and condemned by the fire marshal for the last two years,” Cianfrocco said. He had been approached about purchasing the house but had declined. “The house is unfixable. I have pictures.”

Cianfrocco handed out photos he had taken of the building to the city council and continued, saying that nothing had been done.

“[It] could fall on my house and kill my family,” Cianfrocco said. “My kid’s rooms are on that side. I’ve asked the city engineer to certify it. The Codes Department says it’s structurally sound. It isn’t. The roof flipped over two years ago, and the building has grown wider at the top. Opposite of me, there’s two feet from the next house, and it’s now touching and pushing at their roof.”

Besides the structural problems, Cianfrocco pointed to all the animals that call the place home, including possums, bats, and two cats that live in the building. Cianfrocco said he had spoken with Mayor Helen Acker in the past and had told him the city didn’t have the money to knock it down. To that end, Cianfrocco made an offer to buy the land and presented a written proposal to the city council.

Oneida resident Greg Myers said he’s had issues in Oneida he’d like addressed but didn’t go into detail during public comment. Instead, he offered a letter to the city council and asked for them to get in touch with him to discuss “...solutions and answers....Oneida’s a great little community, but we need to do more,” he added.

For Oneida resident Gary Taylor, the issue was the new sign the city put up on James Street.

“It’s a beautiful sign, and there was a park bench and flowers put in,” Taylor said. “But since then, we’ve had loiterers, drug dealers, and a homeless guy living on the park bench.”

Taylor said he reached out to the city on the issue and got a response from Police Chief John Little. “He did everything he could. He talked with the homeless guy and took him to get help, but he has no power.”

Due to New York State law, there are no loitering laws on public property, something Taylor mentioned in his address to the city council.

“If it’s public property, I can sit there all day,” he said. “But I think it’s wrong, and I think something should be done.”

Oneida resident Michele Farwell asked the city council if something could be done with the new park signs to display when the parks are open and a no loitering policy.

“I want to know why these signs were put up with no consideration of publicly posting policies that are policies of the Parks and Recreation Department,” Farwell said. “There is a huge problem with loitering, not just where Gary mentioned by other parks. Maxwell, Duross Conservancy, and Mount Hope.”

Farwell asked the city council as to why there was no additional signage that stated the park closed at dusk and that there was no loitering allowed.

“I’m frustrated as someone who has worked their tail off for the Rail Trail and have people come into this area and witness homeless people sleeping on benches,” Farwell. “That’s not the way to move forward, especially if we’re trying to focus on downtown.”

A local law that had been proposed to regulate solid waste in the city of Oneida was passed without much discussion. However, when proposed, there was concern over the requirement to put garbage out at 9 p.m. the night before collection, especially among older residents.

The city council committed to change the time to earlier in the day. The new time is now 4 p.m., and the law was passed unanimously.

In an article in the Friday, Sept. 17, edition of the Daily Sentinel, the Common Council agenda incorrectly included mention of the city’s police reform plan. The reform plan was not on the agenda.