‘One Oar Too Many:’ How local author David Butler claimed his narrative

“I love adventure and I love experiencing new things,” David Butler said. “I’m much more the type of person rather than sticking your toe in the water to see how it feels, I’ll jump in head first even if I don’t really know how to swim.”

‘One Oar Too Many:’ How local author David Butler claimed his narrative 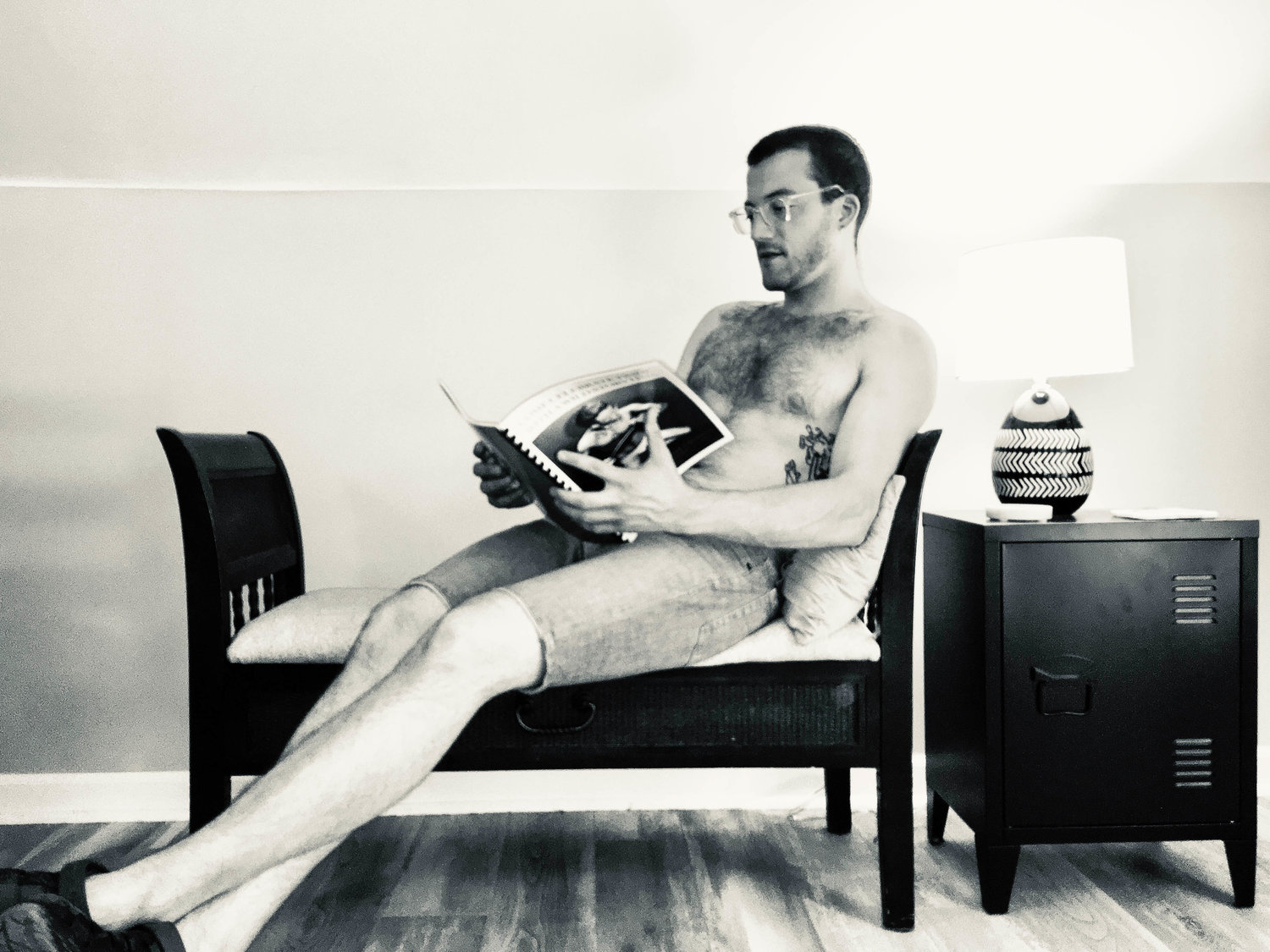 Local author David Butler reading and reflecting on his book ‘One Oar Too Many.’
(Photo courtesy of David Butler) 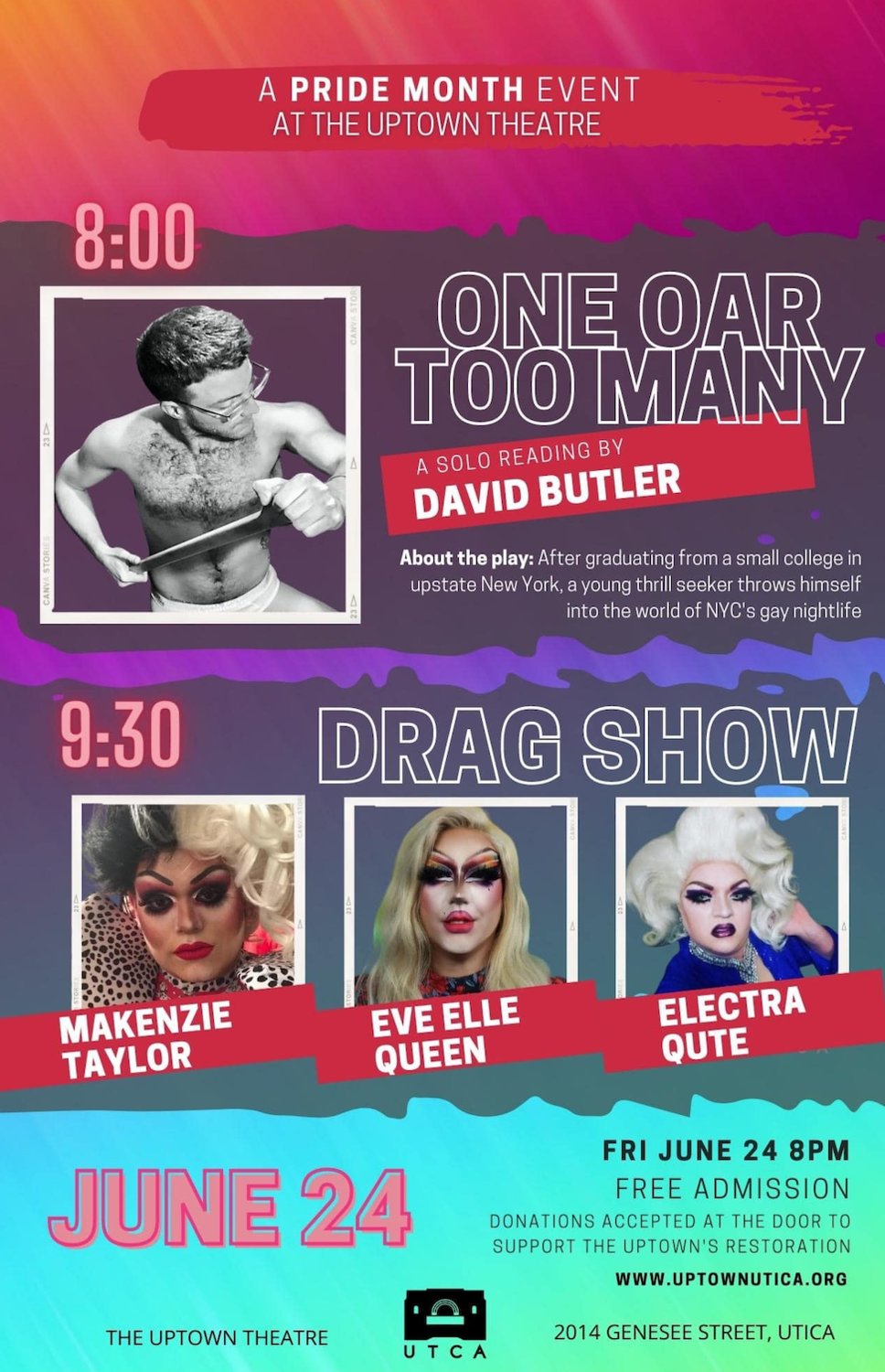 UTICA — It’s been almost seven years since David Butler returned back home to Utica from living in New York City, but in that time he has taken his short-lived experience and turned it into a work of art.

Being a Utica native, Butler felt that the Mohawk Valley was lacking a large and diverse LGBTQ+ population. Shortly after graduating from Colgate University in 2014, Butler left for New York City in search of a less socially restrictive environment and to pursue a career in the arts.

“I love adventure and I love experiencing new things,” Butler said. “I’m much more the type of person rather than sticking your toe in the water to see how it feels, I’ll jump in head first even if I don’t really know how to swim.”

Butler spent his time in New York City couch surfing, dancing for nightclubs and embracing the city’s nightlife. During his adventures, he came across several men who left a lasting impression on him, so much so that they are the subject of his book ‘One Oar Too Many’ where Butler narrates his encounters in poetry, prose and vivid detail.

Describing his book as a “seedy tale of sexual exploration,” Butler wrote “One Oar Too Many’ as a semi-autobiographical story about his experiences in New York City and the culture shock he felt after being implanted from a small city.

“I assumed if I tried to make it as an artist, or I was even thinking about getting into politics, that I would have to confront this history eventually and it wasn’t anything that I was ashamed of, I wanted to own the narrative of it,” Butler said.

“At the same time, I threw myself into situations that I was lucky that it didn’t turn out more negatively for me, so I kinda treated it almost as a therapeutic exercise, I was trying to make sense of everything that I went through,” he added.

‘One Oar Too Many’ is written as a hybrid between poetry and a script, revealing how his encounters and experiences shaped him into the person he is today. The title ‘One Oar Too Many’ is a play on words and an expression on how Butler felt as he was trying to understand and embrace his new lifestyle.

“It’s a double, triple, quadruple entendre,” Butler said. “The whole experience felt like as if I’m in a sea and I’m trying to navigate the water on a rowboat and all I have is one oar. If you’re just using the one oar, you’re just going to be going around in circles. You gotta throw the oar overboard and allow yourself to drift with the water and stop trying to control everything.”

Butler returned back home to Utica in late 2015, just over a year after initially moving to New York City. It took him about six months to write a skeleton draft of his book and six years to edit it to its current form. As of today, he is a self publisher who prints, binds and even signs every copy of his book.

In celebration of Pride Month, the Uptown Theatre for Creative Arts in Utica will host a pride event on Friday, June 24 at 8 p.m where Butler will read ‘One Oar Too Many’ followed by a drag show at 9:30 p.m. with local drag artists Makenzie Taylor, Eve Elle Queen and Electra Qute. The event is free but the Uptown will accept donations to help support the theatre’s restoration.

Due to the nature of the book’s themes, the event is restricted to ages 21 and older.

This will be Butler’s second time hosting a reading, he first read his book at Wunderbar in Syracuse back in December 2019. Due to the consistent edits his book has gone through over the years, he says the current version is “very different” than what it was almost three years ago.

Copies of Butler’s book ‘One Oar Too Many’ are available for $10 at Almost Local, Cafe Domenico, Character Coffee, The Compound, Utica Vintage Club and Wisk. Copies will also be available for purchase at the Uptown Theatre for Creative Arts’ pride event.