Officials in Oneida are seeking hundreds of pumpkins and gourds to boost their second annual Fall Festival to take place on Saturday, Oct. 1 from noon to 4 p.m. at 223 Mott St. 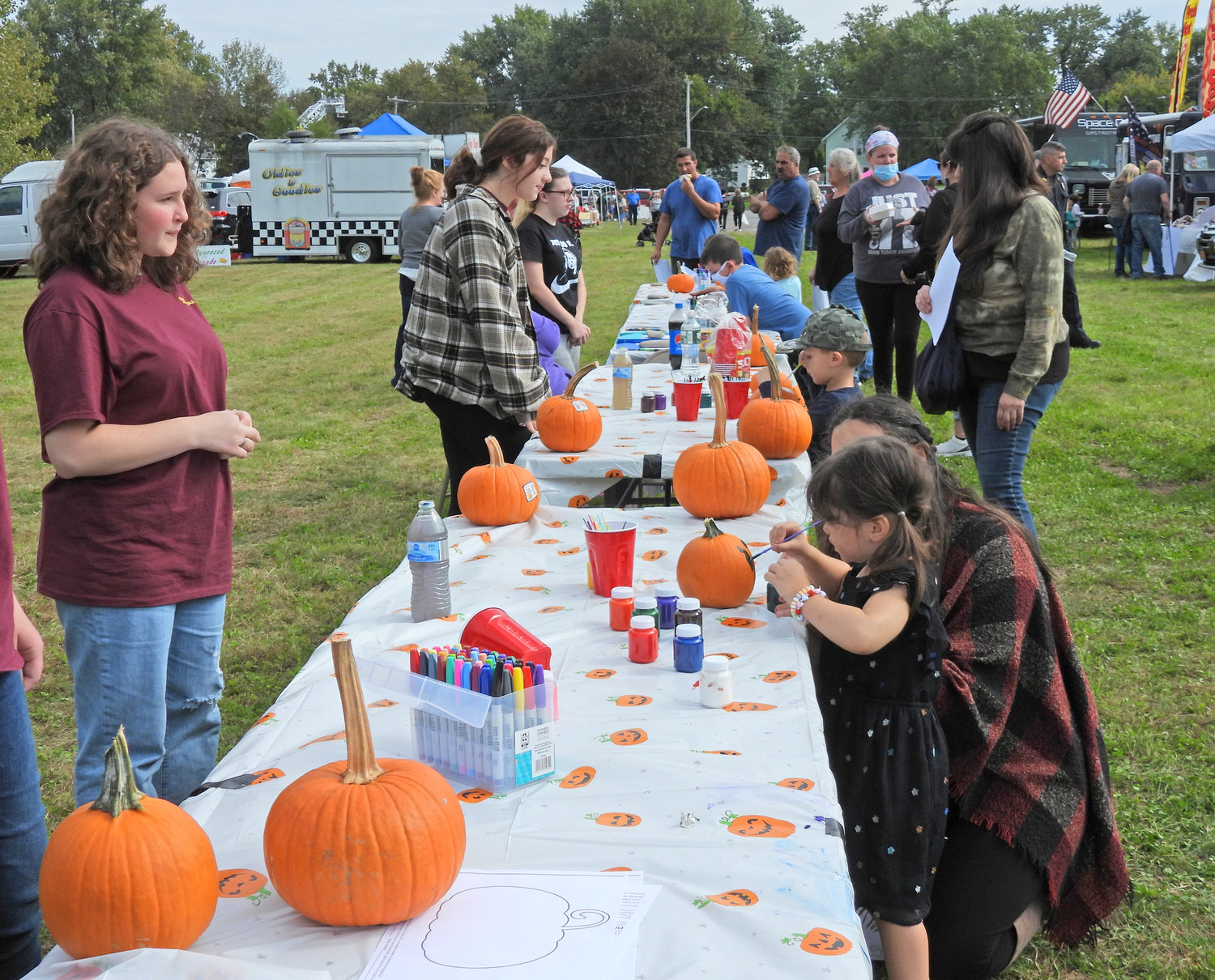 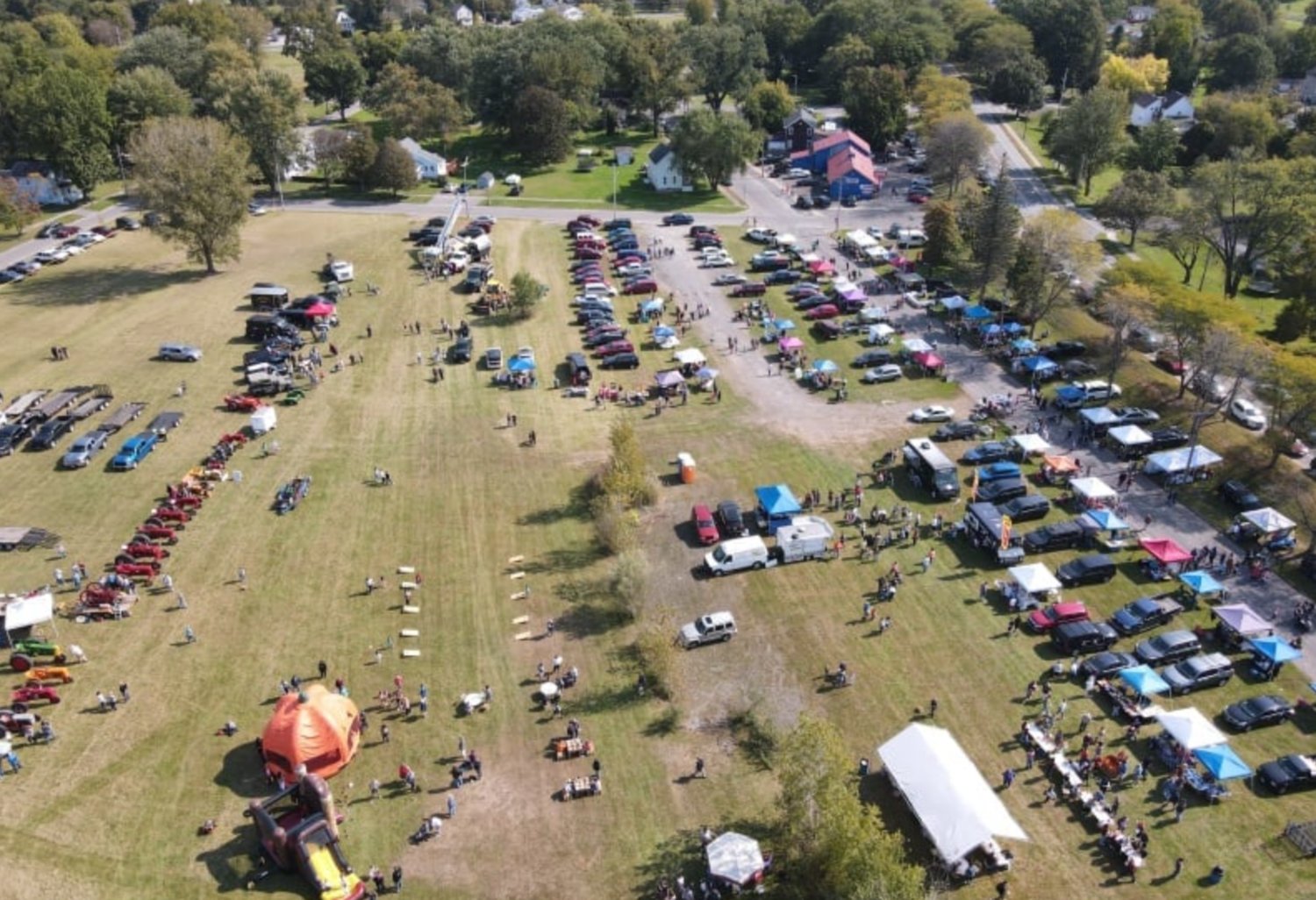 ONEIDA — Officials in Oneida are seeking hundreds of pumpkins and gourds to boost their second annual Fall Festival to take place on Saturday, Oct. 1 from noon to 4 p.m. at 223 Mott St.

This free-admission event launched last year to the tune of approximately 1,000 visitors during its four-hour time span. As people enjoyed the vendors, food trucks, entertainment, and interactive displays — young crafters swooped in during the first hour and used all of the nearly 500 pumpkins set out for the free kids decorating activity.

Members of the Fall Fest committee say they have learned a lot from last year’s kick-off event and its successes will follow in 2022. But there will be some improvements, too, to cater to the expected large crowds and help things run more smoothly.

Nearly 50 vendors are set to attend this year, said Mike Burgess, Fall Fest organizer. Hard cider and local craft beer will be available too, along with five or six food trucks.

In addition, bounce houses, a touch-a-truck area, and an antique tractor display are all making a comeback. Music will be performed throughout the day, and the festival will add new wood-carving demonstrations.

At the heart of the festival are its pumpkin races, which Burgess hopes to see grow this year. (The pumpkin races are separate from the kids pumpkin craft event).

“Everyone’s pumpkins are a little bit different [with] how they build it, how they decorate it, and then [there’s] the excitement of everybody when the pumpkins are racing down the hill. It’s like a 10-second race, but everyone is cheering and standing the whole time, so it’s a fun event,” said Luke Griff, Fall Fest organizer.

Racers with the fastest pumpkin can proudly walk home with a trophy or medal to show off their success. Registration will take place on the day of, starting at noon. The races kick off at 2 p.m. Rules and regulations will be posted on the Oneida Fall Festival Facebook event page.

Designated festival parking will be located in the flats off of Wilson street.

Reflecting on last year’s event, Burgess said, “As I walked around last year, I just loved seeing so many people from the community there walking around with smiles on their faces and the kids having a good time.”

“We didn’t have really any issues last year. It was really nice to see that. Especially with COVID and different divisions throughout the country and everything,” he added. “Seeing the community come together like that just to have a really nice, family-oriented event was really the big thing. So I really look forward to seeing all of that again this year.”

To ensure every child can walk home with their own pumpkin, event organizers are hoping to hit over 1,000 in quantity. Last year, around 500 total were donated from Walmart and Lowes. Nearly doubling last year’s supply will have to take some more community input, Burgess said. Officials don’t want any child to leave empty handed.

While at the festival, kids can decorate their pumpkins with paint, markers, and stickers.