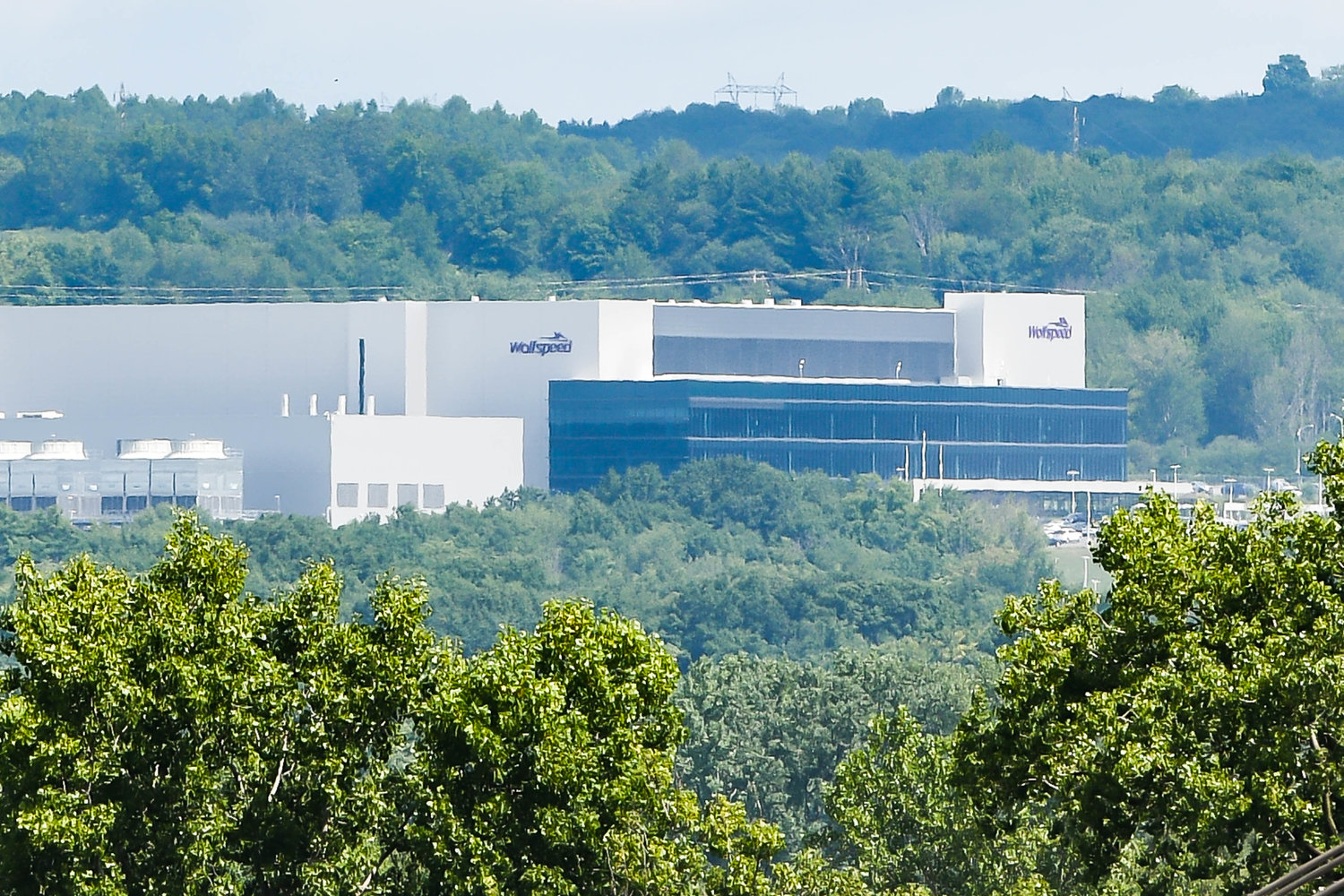 After the Thursday passage in the House of Representatives of a $280 billion package geared to boost the semiconductor industry and scientific research by creating more high-tech jobs in the United States (to better compete with international rivals like China), officials looked to locations across the state, the Mohawk Valley and nation to weigh potential future impacts.

The House approved the bill (which had been passed previously by the Senate) by a solid margin of 243-187, sending the measure to President Joseph Biden to be signed into law and providing the White House with a major domestic policy victory.

“... It will lower the costs of every day goods. And it will create high-paying manufacturing jobs across the country and strengthen U.S. leadership in the industries of the future at the same time,” Biden said.

The bill provides more than $52 billion in grants and other incentives for the semiconductor industry as well as a 25% tax credit for those companies that invest in chip plants in the U.S. It calls for increased spending on various research programs that would total about $200 billion over 10 years, according to the Congressional Budget Office.

In the days leading up to the passage of the bill in the Senate and House, the Biden administration was pushing Congress to act on the computer chip legislation before the August recess, warning that manufacturers could opt to locate more plants (such as the now-under-construction Wolfspeed in Marcy) outside the United States unless action is taken.

Plants are being offered lucrative incentives from other countries such as South Korea, Japan, France, Germany and Singapore to locate in those areas, officials say.

Eying the activity locally, economic development leaders like Mohawk Valley EDGE president Steven DiMeo, said in a mid-July interview touching on the future of the semiconductor industry in the Mohawk Valley, “It takes time to build and tool a Fab, so the industry is concerned about timing as there is a need for additional fab capacity to meet long term market needs.”

DiMeo also pointed out that the European Union had already passed its own version of the CHIPS Act to boost semiconductor growth in Europe, and China along with other Asian countries have long incentivized the industry.

“... (The) CHIPS Act helps mitigate economic factors at national level to enable the industry to look at the U.S. Industry is also responding in part to need to strengthen supply chain and sees on-shoring as a way to build resiliency in supply chains. …,” he said, adding the state is an attractive site for future industry development.

-”SUNY Poly applauds the passage of Senator Schumer’s visionary CHIPS Act, which will undoubtedly power new research and chip fabrication-focused opportunities to advance America’s leadership in this critical sector. SUNY Poly is thrilled to work closely with each of our partners to support Sen. Schumer and Governor Hochul’s efforts making New York State an innovation hub, and we are eager to leverage the anticipated positive outcomes resulting from this bill to educate the next-generation workforce and strategically provide them with the in-demand skills required for long-term success,” said SUNY Polytechnic Institute Acting President Dr. Tod A. Laursen.

-“American industry has been hollowed out by decades of flawed policymaking and government inaction. Upstate New York has lost thousands of well-paying jobs to other states and competitors across the globe like China. …,” said Congresswoman Claudia Tenney, R-22, New Hartford, in portions of a statement.

“Unfortunately, the CHIPS and Science Act lacks critical guardrails and includes loopholes that in the long run could benefit China. … Much of the supported research under this bill will be executed in partnership with universities, which we know are notoriously vulnerable to Chinese espionage. …,” Tenney continued, “On top of these shortcomings, Senate Democrats also announced, only hours after the bill passed the Senate, that they had struck an agreement on a partisan reconciliation bill. While they call it the ‘Inflation Reduction Act,’ the opposite is true. The bill is poised to send our country into a crushing recession even faster, and it is inextricably linked to passage of the CHIPS and Science Act. This partisan stunt by Democrats once again underscores their fundamental inability to understand basic economics.”

-Matt Castelli, a candidate for the 21st congressional seat now filled by Congresswoman Elise Stefanik, R-21, Schuylerville, stated: “The Chips and Science Act is a bipartisan common-sense solution to boost American manufacturing, create good-paying jobs, and develop a robust American supply chain that will ease inflation and to bring down the cost of goods for hard working Upstate New Yorkers. …”

The First United Methodist Church of Rome, 400 N. George St., will host a Community Advent Celebration on Saturday, Dec. 10, from 4 to 6 p.m.