Drivers will see some major changes at and around the intersection of Route 26, Route 365 at the southern end of South James Street. 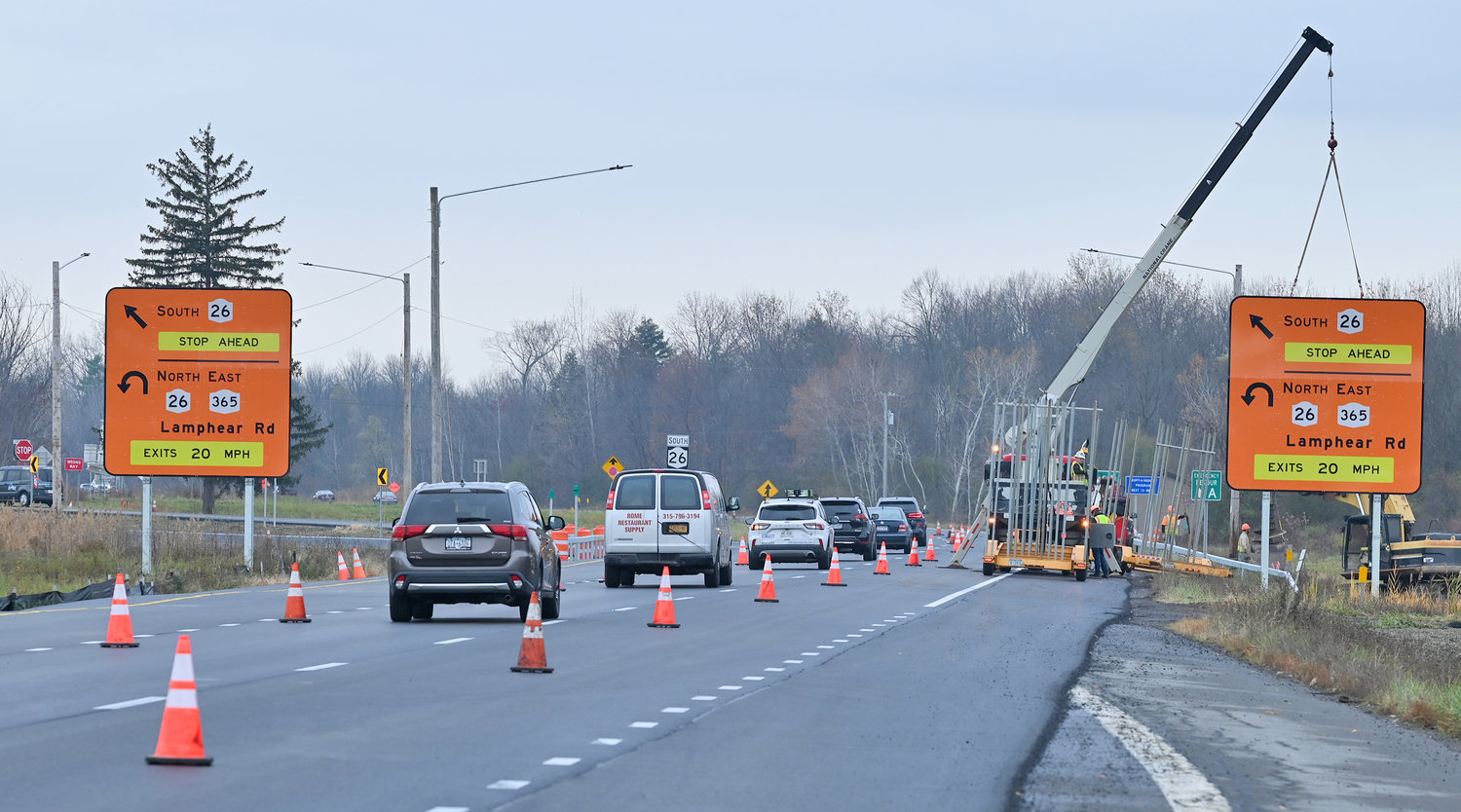 The roadwork is nearly complete and the new traffic rules are in place heading westbound into south Rome on Route 365.
(Sentinel photo by John Clifford) 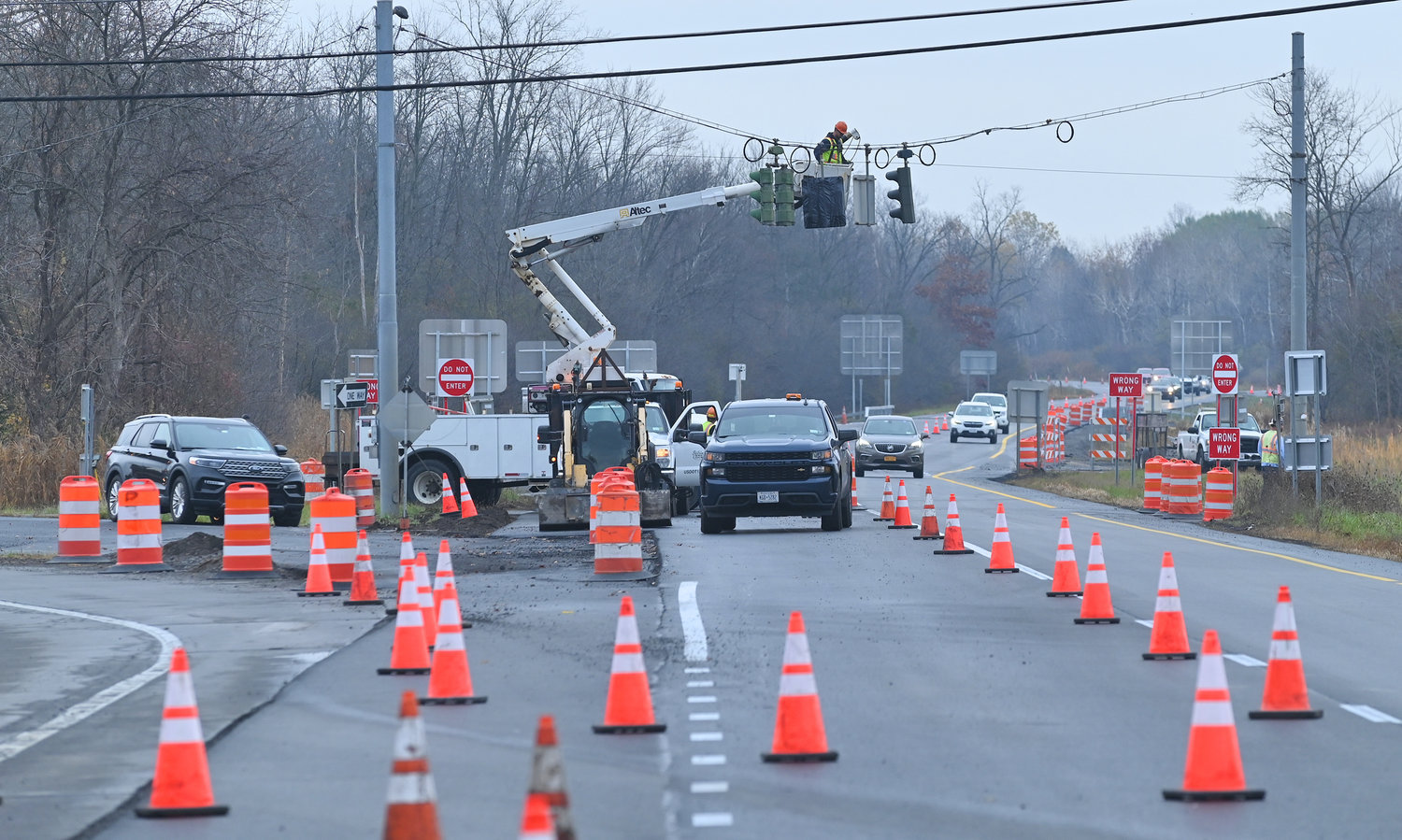 The traffic lights are coming down at the intersection of South James Street and Route 365 in south Rome.
(Sentinel photo by John Clifford)

Here is how it looks heading westbound on Route 365 into south Rome. These new signs are temporary until overhead signage can be installed.
(Sentinel photo by John Clifford) 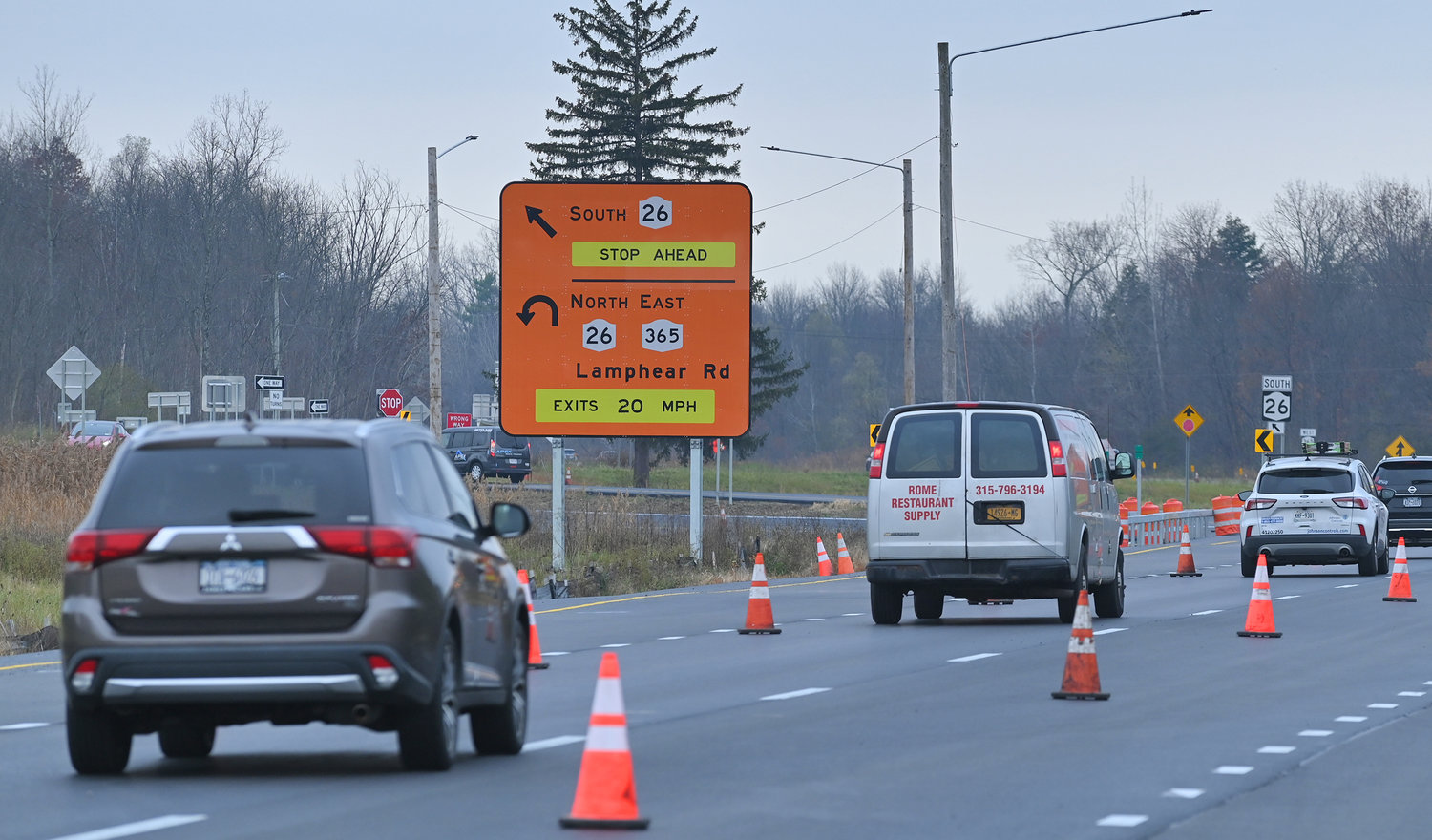 Heading westbound on Route 365 into south Rome, with new signs telling drivers where and how to turn in the new traffic configuration.
(Sentinel photo by John Clifford)

ROME — Drivers will see some major changes at and around the intersection of Route 26, Route 365 at the southern end of South James Street. The state Department of Transportation has implemented the new traffic changes following several months of roadwork.

The changes were made because of the high number of motor vehicle crashes reported at the intersections of Route 365, South James Street and Lamphear Road, officials said.

“The removal of the signalized intersections, implementation of the median U-turns, and new pavement surface will enhance safety,” said Heather Tehan, DOT spokesperson, via email. Tehan said the new configuration will reduce the number of conflict points that contribute to severe crashes. She added that the new paving will also improve pavement friction.

Traffic on Route 365 looking to turn onto South James and Lamphear will be directed to the median U-turns, as well as traffic coming from either road onto Route 365, officials explained.

Likewise, northbound traffic on Route 26 looking to turn west onto Route 365 will use the U-turn just east of South James and Lamphear.

To help drivers understand the new changes, officials said temporary roadside signs have been put up with diagrams on how and where to turn. These will be used until large, new signs are installed overhead in the near future.

The DOT has conducted engineering studies on the intersection since 2019 to prepare for these changes, Tehan noted.