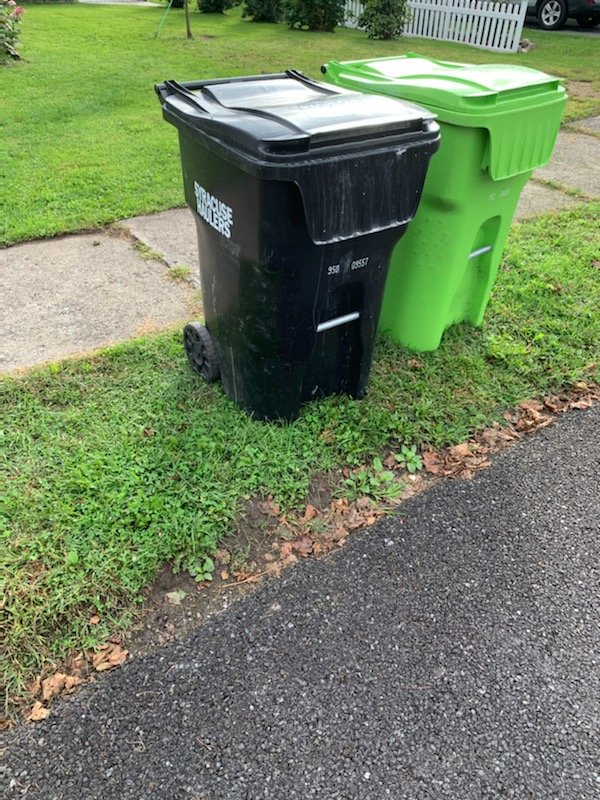 TALE OF TWO TRASH CANS — With the new local law passed, garbage in the city of Oneida must now be placed in airtight, water-tight containers that are resistant to animal and insect efforts. Oneida residents have until Nov. 1 before the new local law is enforced by the Code Enforcement Department. The current method is shown at right.
(Submitted Photo) 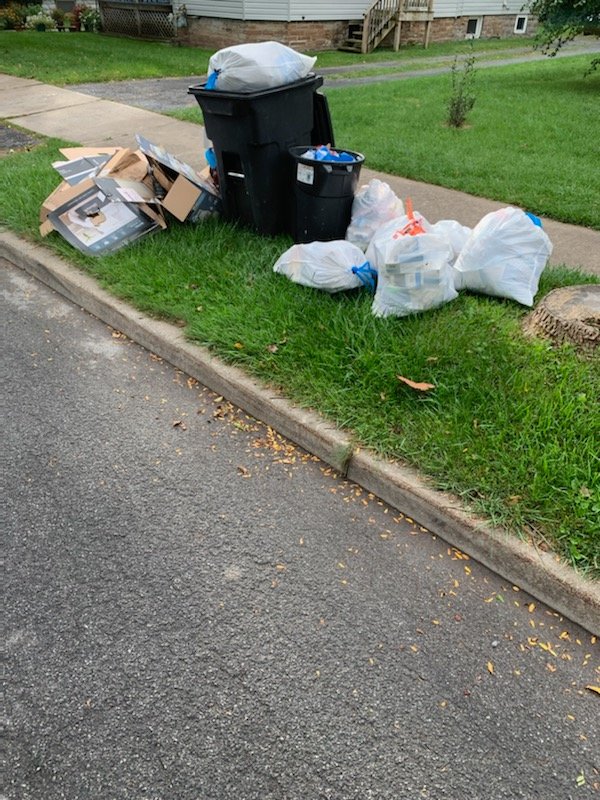 TALE OF TWO TRASH CANS — With the new local law passed, residents will no longer be allowed to leave garbage outside a can or uncovered. Those requiring new cans that are airtight and watertight can give their local garbage company a call.
(Submitted Photo)
Previous Next
Posted Saturday, September 25, 2021 4:00 pm
Charles Pritchard
Staff writer
email

ONEIDA — A new local law on solid waste in the city of Oneida is looking to curtail wild animals and uplift the city’s image.

“One of the main things residents should take away from this new law is that trash bags can no longer be placed out the day of pick-up,” Burnett said. “Every piece of garbage has to be a container, and the law spells out what kind of container.”

Section 2 of the new local law defines an appropriate container as having “tight-fitting covers tethered to the can...” and must be “...watertight and fly and rodent-tight.”

There will be a 30 day grace period, ending on Nov. 1. Burnett said that by having trash cans that are harder to break into, efforts could be made to curtail the animal problems plaguing the city. “It’s difficult to tackle something like the feral cat problem in communities, especially Oneida,” Burnett said. “But now feral cats and wild animals won’t have this food source, and it will help move them out of the community.”

After Nov. 1, the city of Oneida will start enforcing the new local law. Burnett said residents have two options when it comes to acquiring new garbage cans. “First, they can purchase the cans if they don’t have them. Or two, they can contact their garbage company. Many garbage companies do supply their own cans that are code compliant,” he said.

Travis Bliss, owner of Bliss Environmental Services, said his company does supply containers that are compliant to this new local law at no cost to their customers. “Most of our customers have already received containers from us, and if they don’t, it’s because they didn’t want them at the time,” Bliss said.

One of the more controversial parts of the local law, when first presented by the city council, was a requirement that all garbage should be placed curbside not before 9 p.m. It was later clarified that this had always been the case in the city, but councilors changed the time at a later meeting to 4 p.m. Garbage cans must also be placed in the rear of the building.

Another part of the law that Burnett wanted to highlight is how the city is tackling junk and just what is defined as junk.

“Anything that isn’t meant for exterior weather, such as furniture of any kind, can’t be on the outside of the house — even if it’s on a deck or a porch,” Burnett said. “Anything like that which is view can be ticketed.”

So if someone has an upholstered couch on their front porch, they can receive a ticket.

Burnett reminded residents putting out furniture for garbage pickup that they’ll need to contact the garbage company prior to pick-up or the company will not take it.

When asked about residents putting objects up to the road with a “Free” sign on it, Burnett said the Code Enforcement Office will keep an eye on these objects and warn residents after the object has sat there for two full days.

“If we see it, we’ll give a warning in 48 hours that they have to remove it,” Burnett said.

Local residents are also forbidden from using trucks, trailers, or similar vehicles to store junk on the premises. This part of the law was in reaction to a situation the city faced in the past.

“We had an instance where someone had a camper that was just filled with garbage,” Burnett said. “So now that’s classified as junk storage.”

Burnett said the measures applied to items defined as junk and the need to put away garbage cans are there to help uplift the city’s image. A description of the local law by the city council expands on this, saying the law would “...assist in maintaining real property within the city of Oneida in a visually pleasing manner and assist in the control of animal and insect infestations...”

Each of these measures are already state-regulated and mandated. In the past, the city went against the state, allowing garbage bags to be placed for pick-up. “We can’t have less restrictions than the state but the problem with state regulation is that people have a right to remedy,” Burnett said. “Because of that, we’d give a 30 day notification. And then sometimes, we would have to give another 30 days. And a lot of state regulations require that you wait 90 days before issuing an appearance ticket.”

But by making this a local law, Burnett said the city will be able to act on it right away and give appearance tickets for violations.

“This gives us the teeth we need to react to the situation right away,” he said.

When asked if he has had any citizens concerned about the new law approach him, Burnett said he was approached by one resident outside of a council meeting. This was in regards to the requirement that garbage cans must be placed behind the building, with the resident being concerned about the elderly.

Burnett didn’t want to be unsympathetic but said the reality was this section was already in the local code — it just hadn’t been enforced.

“If you look at the majority of areas around us that are considered “ideal communities”, they enforce these codes,” he said.