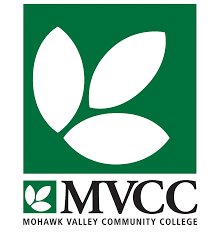 Those interested in participating remotely also have an opportunity to do so.

The Theodore “Ted” Moore Run/Walk is presented by the Oneida County STOP-DWI Program and is now in its 25th year.

The registration fee is $25 for the general public ($30 on the day of the race) and $10 for students, and all participants will receive a commemorative T-shirt.

Registrations will be accepted up to the day of the event. Race day registration begins at 7:30 a.m. in the Robert R. Jorgensen Athletic and Events Center.

Anyone who would like to participate virtually can do so by walking or running on a treadmill, taking a walk around the block, or running in the park (all while following CDC guidelines, of course). Participants are also encouraged to take a selfie during their run or walk, then email it to tedmoore@mvcc.edu to be included in a special album on the MVCC Foundation and Alumni Facebook page, facebook.com/MVCCFoundation.

“This event is an important part of raising awareness about the dangers of drinking and driving,” said Ted Moore Run/Walk Race Director Deanna Ferro-Aurience. “It demonstrates how such an act can not only devastate a family, but an entire community.”

Theodore “Ted” Moore was an Associate Professor in MVCC’s Mathematics Department from 1981 until December 1996 when he was tragically struck and killed by a drunk driver while out for a morning run.

The College honors his memory each year with the Ted Moore Run/Walk, and the theme “None for the Road” reflects MVCC’s opposition to driving while under the influence of alcohol.

Event proceeds benefit a scholarship in Moore’s name, which is awarded annually to deserving MVCC students who exemplify his qualities and values.

Derrick Moore, Ted Moore’s son, reflected on the anniversary of his father’s death. “My brain simply can’t fathom how I’ve lived about two-thirds of my life without him,” he said. “For the record, it was 65.74% of my life without him; for those of you who did not know him, he would have been disappointed if I failed to take the extra minute to do that math.”

To register for the in-person race, please go to https://www.mvcc.edu/foundation/ted-moore/index.php.

To donate to the scholarship fund, or register for the virtual option, please visit https://www.mvcc.edu/foundation/ted-moore/donate.php.