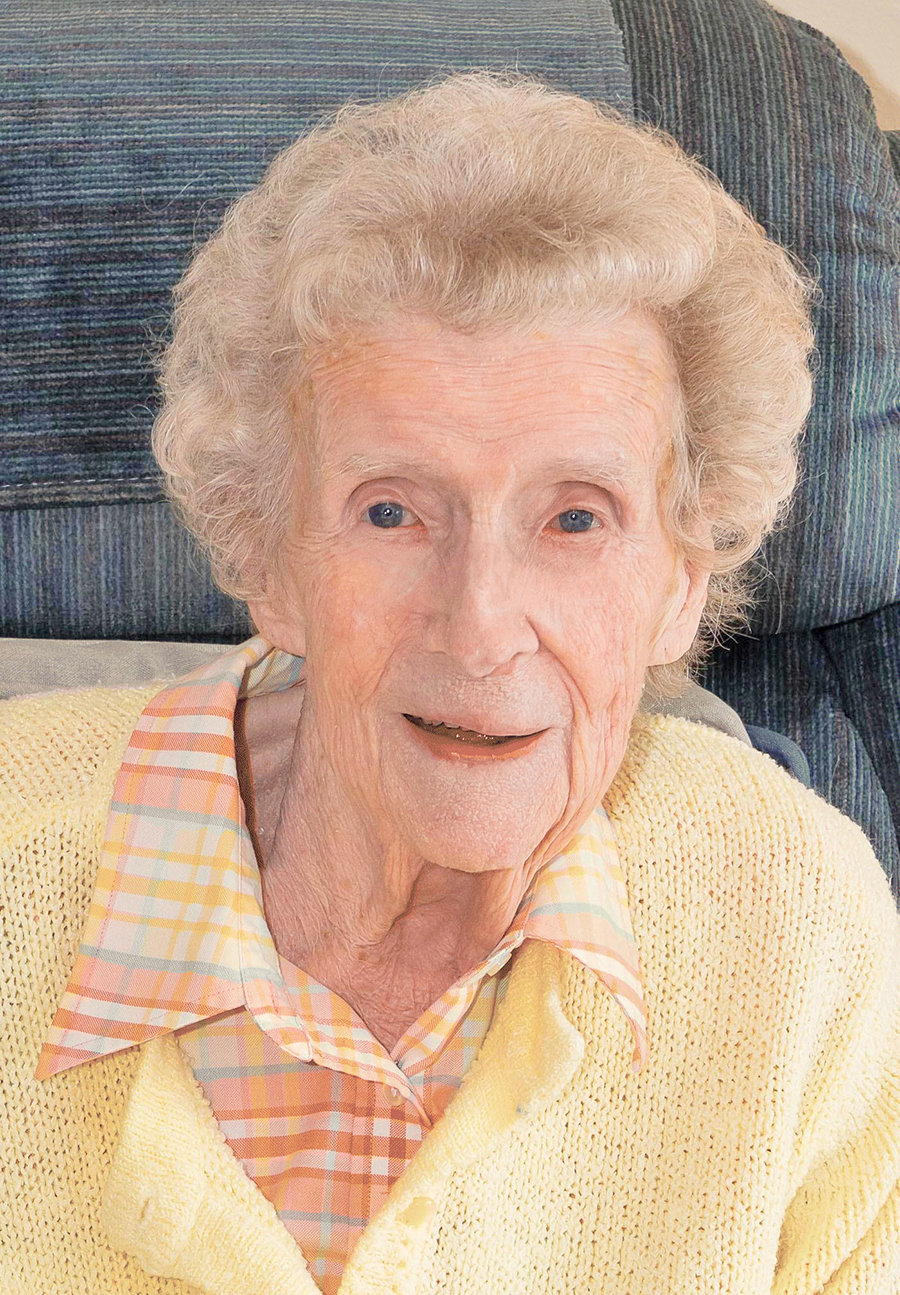 Marilyn Wind Walker died peacefully in her home on September 23, 2021, with her daughters and husband by her side, after gracefully enduring vascular dementia for several years.

Marilyn grew up in Rome, New York, and graduated from Rome Free Academy in 1947. She went on to what was then Endicott Junior College and earned an associate degree with a major in radio broadcasting. Marilyn had an internship at WSYR Radio in Syracuse, NY and was soon thereafter hired by the station.

Marilyn was highly acclaimed by both management and her peers at WSYR and quickly progressed from the sales department to a position in production, eventually becoming traffic manager for WSYR TV.

Marilyn’s career advancement next included time at what was then General Electric’s world headquarters in Schenectady, NY. On her E.C. Smith & Corona typewriter and in her ever gracious and appreciative style, she articulately expressed felicitations and gratitude to her superior as he climbed the corporate ladder, as she wrote, “Working with you was a challenge I enjoyed and a privilege I greatly appreciate. I know I am a better secretary and a finer person due to our association. Thank you for giving me this opportunity.”

As a member of the Schenectady YMCA Live Y’ers social group, it was an evening in 1956 when she answered the question, “What’s your name, beautiful?” to the dashing chemist, Bradford H. Walker. Marilyn and Brad were married in October 1957.

In 1960 Brad accepted a position with The Upjohn Company, and the couple moved to a modest apartment on Oakland Drive in Kalamazoo, Michigan.

Daughter Alison arrived in September 1961, and Marilyn and Brad moved to Fleetwood Drive in Portage, Michigan. Marilyn devoted her time to her home and daughter, and in February 1967 welcomed a second daughter, Lauren.

During the 1960’s and early 1970’s Marilyn also served on various charitable boards in Kalamazoo and was an active member of First Presbyterian Church.

In early 1972, Brad accepted a transfer to the Upjohn facility in North Haven, Connecticut. The Walker Family moved to the idyllic town of Guilford, Connecticut. Marilyn felt immediately at home in Guilford and quickly became involved in the family’s new community.

In July of 1976, the family returned to Portage, Michigan. Marilyn continued her fervent devotion to Brad, Alison, and Lauren, while maintaining active memberships in Junior League and the Dunning Guild of First Presbyterian Church. Marilyn and Brad also led a full social life, including season tickets with friends to productions at the Kalamazoo Civic Theater, regular dinners out with other couples, and a monthly bridge club with four other local couples who became lifelong friends.

Marilyn’s selfless nature, commitment to kindness and unwavering empathy was demonstrated in numerous ways. Her time devoted to elderly friends included driving them to medical appointments, simply keeping them company and surrounding them with love when they needed it most. She was a long-time reading coach to elementary school students requiring extra support at Angling Road Elementary School, where her oldest daughter learned to read decades previously.

Marilyn was a dedicated wife and a loving grandmother, mother, sister, and friend. At the age of 92, she was preceded in death by her parents and her brother. Remaining to treasure memories are her devoted husband, Brad; daughter, Alison (Pruitt) and partner David; daughter, Lauren (Keller) and son in-law Brad; beloved grandchildren, Connor Pruitt, Sarah Pruitt and husband Jimmy, Erin Keller, and Benjamin Keller; sister-in-law, Lois Wind; and cherished niece, Carolyn Wind and partner, Ken.

Memorial contributions can be made in honor of Marilyn to Family & Children Services of Kalamazoo, First Presbyterian Church of Kalamazoo, or Hospice Care of Southwest Michigan.

TOWN OF ANNSVILLE — An 80-year-old Alzheimer’s patient went missing from a residence in Annsville very early Friday morning, and law enforcement officials said he was located in the woods. …