Since the start of the school year, parents across the Capital Region and Mohawk Valley have been dreading the phone calls and emails sent from the school district advising bus run cancellations. 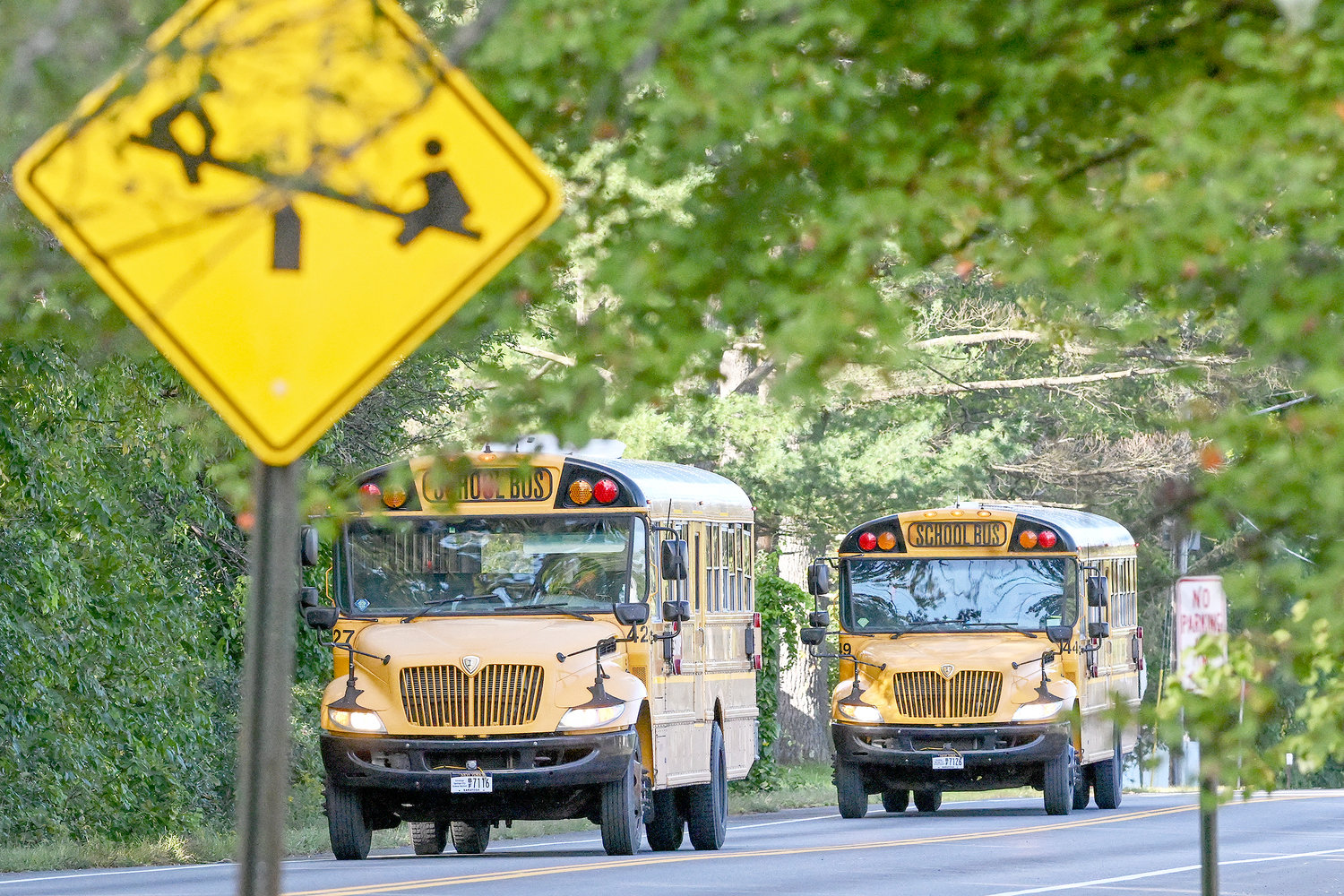 Since the start of the school year, parents across the Capital Region and Mohawk Valley have been dreading the phone calls and emails sent from the school district that start a certain way:

“For my [15-year-old] son, the bus has been canceled several times, and we’ve had to call grandparents to help because my husband and I both work,” said Ashley Campbell, a mom of a high schooler and a middle schooler in the Saratoga Springs City School District, where multiple bus runs per day were canceled this week, including four runs on Friday.

“We are lucky in that we have grandparents who are able to help out, but I definitely worry about the kids whose parents are commuting to Albany or other places in the morning and afternoon. And I worry especially about low-income families and kids who depend on schools for meals. Those families are probably going to be impacted the most.”

While officials say they are doing what they can to mitigate the impact of bus driver shortages, districts from Gloversville to Shenendehowa are reporting signs of trouble.

And even a large district like Shenendehowa, which pays new drivers more than $20 an hour and offers health and retirement benefits to drivers who put in at least 20 hours per week, is struggling to find people to sit behind the wheel.

“We are in a severe driver shortage,” said Alfred Karam, Shenendehowa’s director of Transportation, who said the district needs to hire six drivers to reach its desired total of about 180 drivers. But “even if I were to get six drivers today, that still would not be enough because I don’t have enough in the substitute pool. The substitute pool is nonexistent, almost. For an operation the size of ours, 30 subs would be wonderful, 20 would be great, even 15 would keep us above water. We’re nowhere near that. So it’s a daily struggle.”

The bus driver shortage has been a statewide problem since the pandemic. In fact, this time last year, Gov. Kathy Hochul announced broad action to address the issue. The plan included expanding commercial driver’s license testing opportunities and reaching out to more than 550,000 CDL license holders in the state.

But to start the school year, districts in the area are still facing a driver shortage. The issue is that the typical yearly driver turnover is no longer being replenished, say district leaders.

For instance, Shenendehowa loses about 10% of its drivers for a “sundry of reasons,” Karam said. Those reasons range from drivers simply feeling too old to drive to wanting to spend more time with grandchildren to taking other jobs to leaving the area.

But once the pandemic hit, districts have struggled to hire replacements.

“We’re advertising constantly now in print and online. We are also paying our drivers more now than we ever have,” said James Niedermeier, Duanesburg’s superintendent.

Drivers start at more than $20 an hour, he said.

“But,” Niedermeier said, “it feels like there are no drivers to be had.”

Duanesburg, which currently has 15 drivers, two mechanics, two monitors, a director and a secretary in its transportation department, is hoping to hire four to five more drivers.

“If we had more than that, it would help us to substitute bus runs,” said Jeffrey Rivenburg, the district’s assistant superintendent of Management Services. “We have no substitute drivers or monitors at this time, so whenever we have a driver or monitor call out, the run has to be subbed with our garage staff or some creative routing.”

The driver shortage has hit districts in different ways. While some have had to cancel routes, others have accepted that routes will run late. Sports, too, have been affected.

In Johnstown, multiple boys’ varsity away games have been delayed as a result of not having a bus available at 3 p.m. after school. Meanwhile, some JV games have been postponed indefinitely.

“We got through COVID and all those restrictions, and now it’s the disappointment of not having a full season for some of those players,” said Johnstown boys’ soccer coach Nicole Naselli, who is a teacher in Gloversville. “We come back, and now we don’t have enough bus drivers.”

District officials say they are doing what they can to minimize the impact. To prevent the need to cancel runs, multiple districts report asking certified mechanics and office staff to drive some routes. The Brunswick superintendent has even driven some routes herself, WNYT reported earlier this month.

If routes do need to be canceled, district leaders say they try to provide ample notice.

“If a daily bus run needs to be canceled for a day, parents/guardians are notified with a phone call through SchoolMessenger as early as possible that they will need to make alternate arrangements to transport their child to school,” Maura Manny, a spokesperson for the Saratoga Springs district, said in an email. “If parents/guardians are unable to make these arrangements for the morning, the district will make every attempt to secure a later bus run for the canceled route. Any student or family that is impacted by the cancellation of a bus route is not marked as absent or tardy in our student management system.”

Districts are also rotating which runs get cut.

“We are doing our best to try to spread that impact so that we don’t have a student who is missing a bus more than once a week,” said Gianleo Duca, Ballston Spa’s interim superintendent. “We are going to do what we can to rotate it through so the impact isn’t felt by any one particular family over and over again.”

If families aren’t able to get to school as a result of a canceled bus route, Duca says Ballston Spa provides two hours of tutoring in the afternoon to allow students to keep up with their studies.

“We do that remotely right now,” said Duca. “A lot of the teachers also post their lesson plan and any material online.”

“Nobody wants to get an email or a call at 5:50 in the morning saying they don’t have transportation. It’s inconvenient, and I know that it’s frustrating, but I just talk to them and try to let them know that we’re doing the best we can,” Duca said.

While hiring and recruiting events like Shenendehowa’s “Test Drive a Bus” events have helped stem the tide, the district’s Transportation leader is concerned about the future.

Driving a school bus is unique in that it requires someone who can work a split shift, doesn’t depend on full-time hours and is qualified not only to drive a bus but to drive a bus that contains every family’s most precious cargo.

“So the pool that we draw from is small,” Karam said. “It’s stuff I wish I had an answer for.”